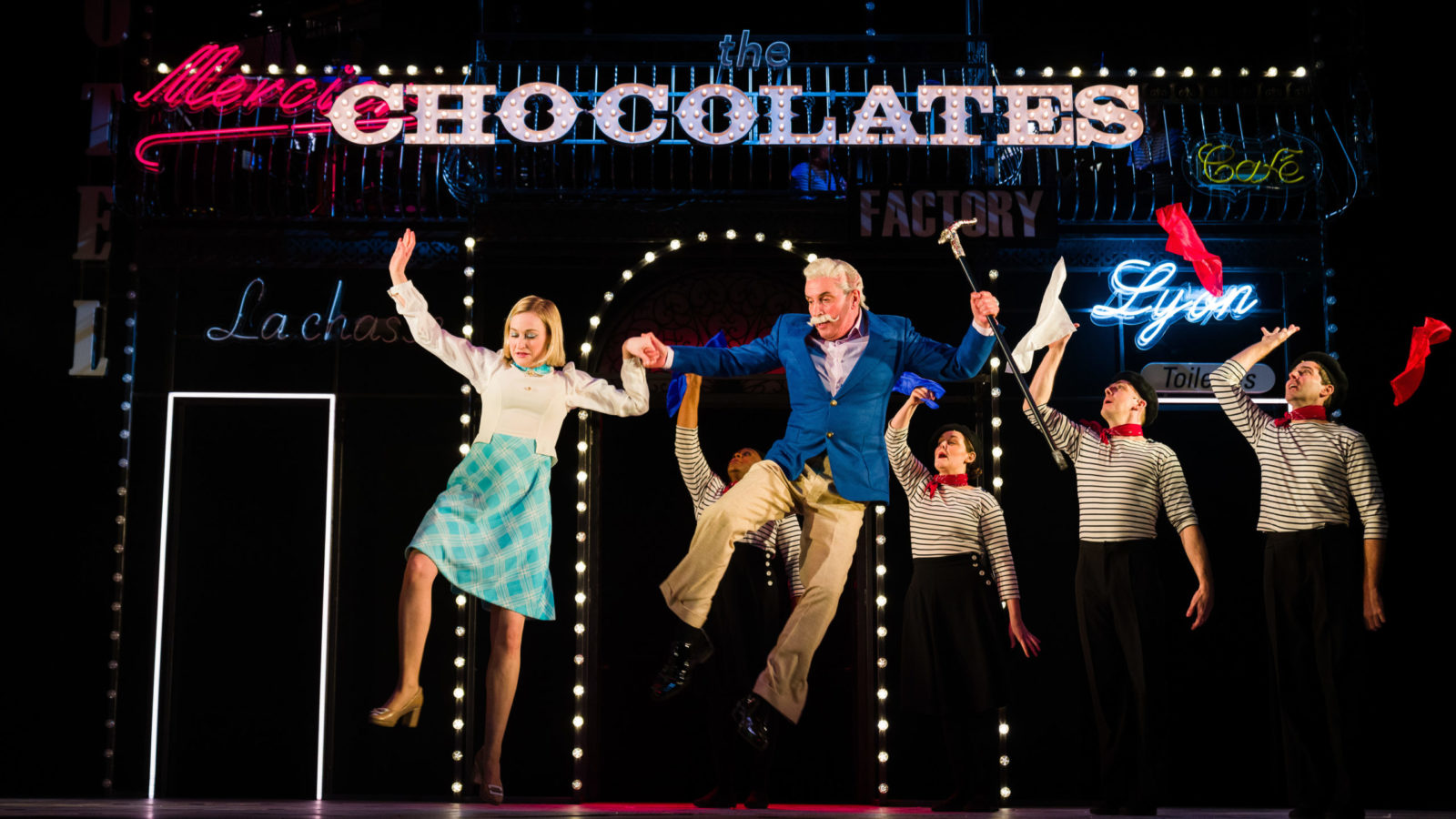 Based on a successful French romcom movie, Romantics Anonymous is a musical about social anxiety, the power of love – and exquisite chocolate.

The tale of tongue-tied Parisian chocolate maker Angélique (Carly Bawden) and her on-again off-again romance with nerdy factory owner Jean-René (Marc Antolin) is a lovely, comforting show, the theatrical equivalent of a cup of hot chocolate on a cold January evening. With its simple storyline structure and vivid staging, it feels reminiscent of a very good children’s show remoulded for adults; a Curly-Wurly executed in artisan chocolate. 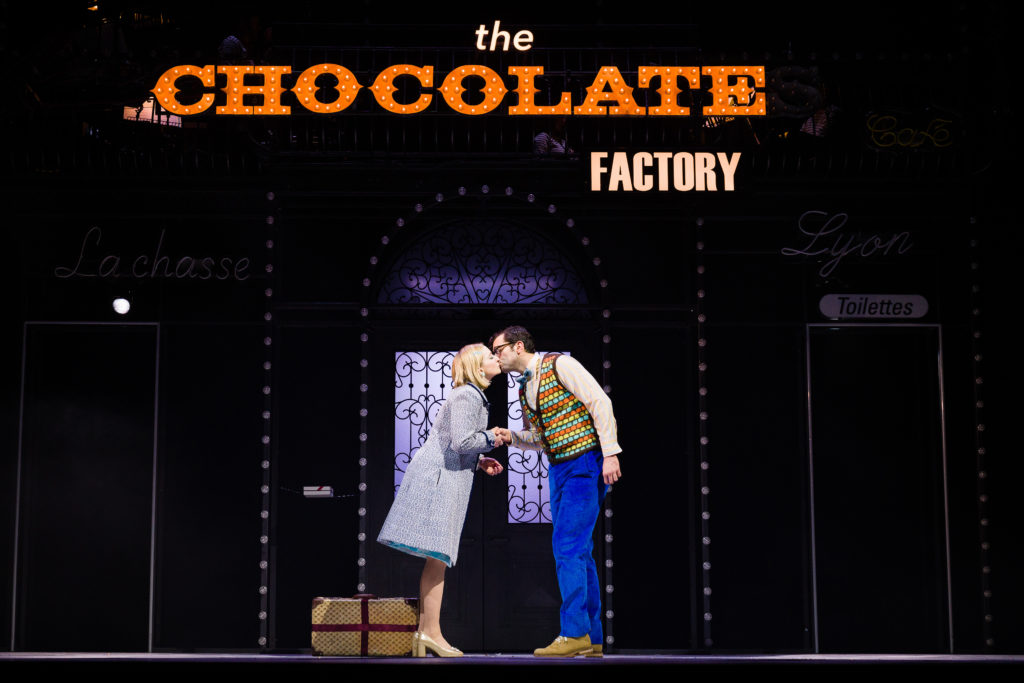 There are darker moments that prevent things from getting too sickly saccharine. As Angélique says, it is the touch of bitterness alongside the sweetness that makes chocolate different from other sweets, and director/writer Emma Rice has applied the same formula to this piece. Awkwardness, overthinking, low self-esteem and loneliness all play their part, even if they are presented with a light touch and plenty of razzledazzle. 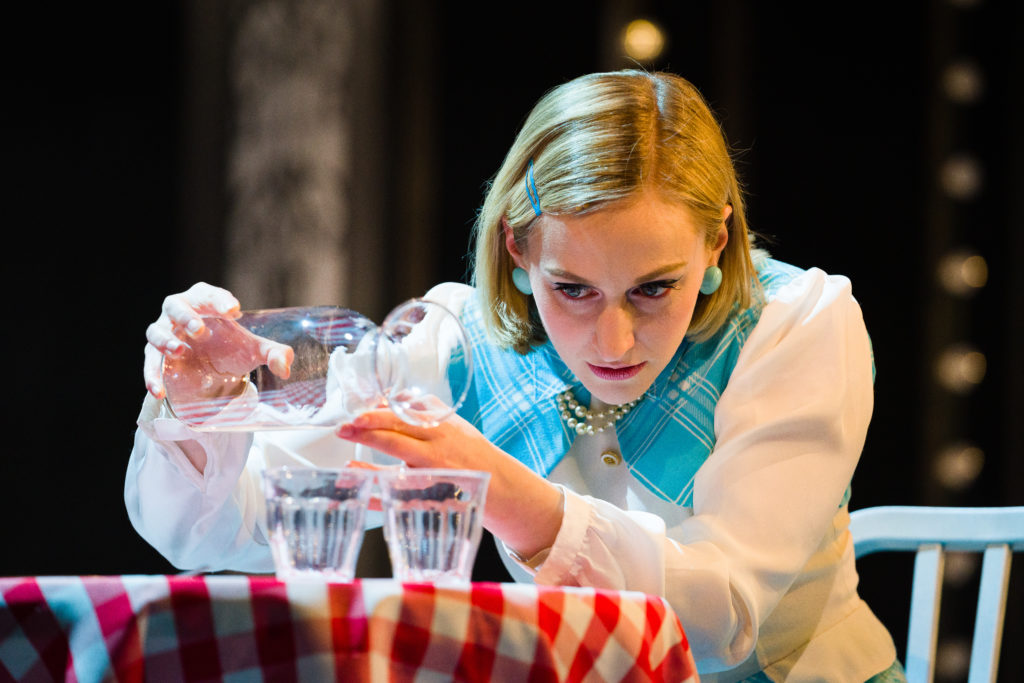 There is nothing startling in lyricist Christopher Dimond and composer Michael Kooman’s musical numbers, which are generally Disneyesque (if you liked the songs in Frozen and Beauty & the Beast, you’ll love this) with the occasional soupçon of Sondheim and the odd picking from Lionel Bart’s pocket. They are delivered with verve and skill (Bawden’s voice is particularly pleasant). There are no lyrical fireworks or musical novelties – but then this is not a show that needs them. This is a show that is designed to be joyful and charming, not clever-clever.

As one of Britain’s most acclaimed directors, Rice delivers everything you would expect of her: inventive, minimalist, flowing scene changes, a constant cascade of visual gags, and a delight in engaging with the audience’s willing suspension of disbelief. Seeing this show soon after seeing UBU! staged by Rice’s old company Kneehigh, you can see what she brought to previous Kneehigh productions that was missing from that show: a lighter comic tone and the ability to feed the imagination and help it to paint extravagant pictures on a simple stage. 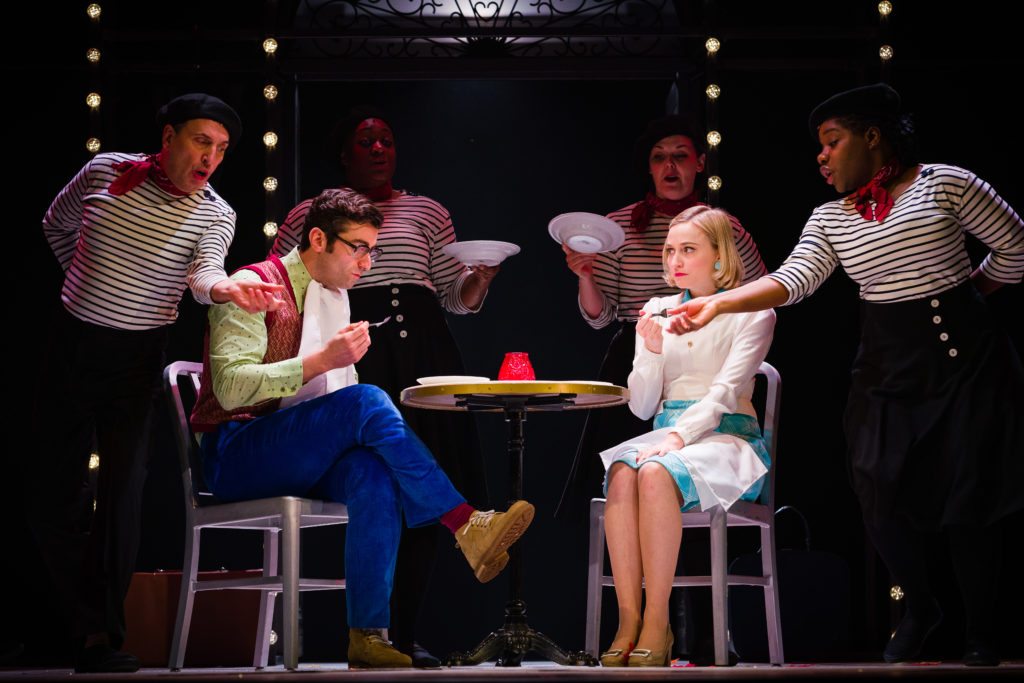 At the same time, there is something missing from Romantics Anonymous that definitely featured in Rice’s Kneehigh productions (and UBU!): a wildness, a sense of constantly tiptoeing right on the edge, an almost visceral pleasure in the uniqueness of live theatre. It’s hard not to conclude that the sum of Rice and Kneehigh was better than the individual parts.

Romantics Anonymous is nice, in the best possible sense of the word. As light, airy and satisfying as a well-made chocolate truffle, delivered with beautifully polished charm. Audiences will leave smiling and with lifted hearts. It’s a shame the run at the Old Vic ends on February 1, as this would undoubtedly be the ultimate Valentine’s date. Definitely one for romantics everywhere, anonymous or otherwise.