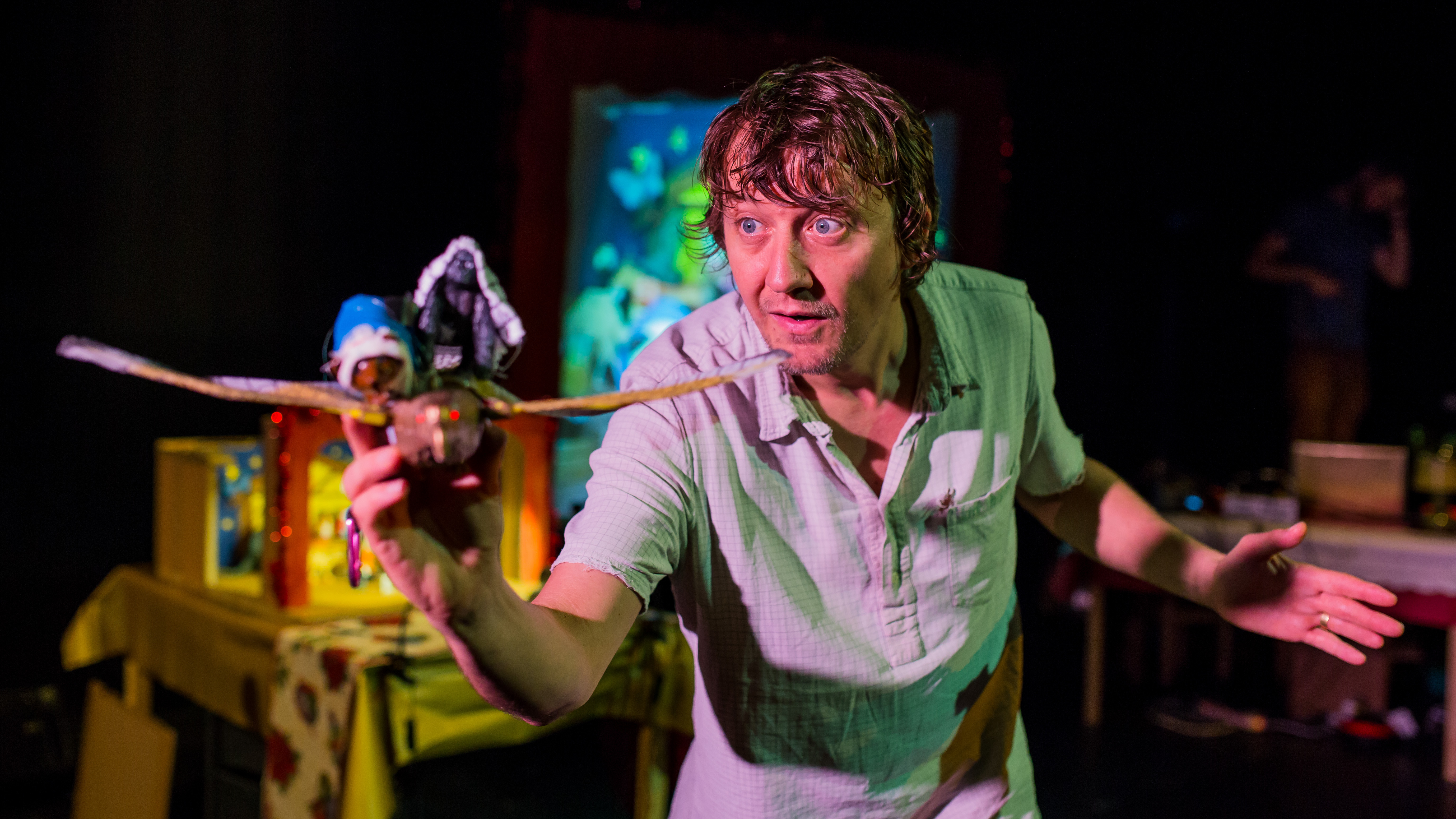 There is something so brilliantly anarchic about a Kid Carpet show that when he gets told off by God himself (even if it’s just soundman Chris on the microphone with the lights off) you can only take the St Werburghian’s side.

The big man voices his displeasure with Kid Carpet after his nativity production features Mary and Joseph being taken to Bethlehem on the back of a golden eagle, the star of David played by a David Bowie Action Man figure, and a dinosaur and milkman joining the animals in the stable.

Oh, and – spoiler alert – Jesus is a hedgehog:

Noisy Nativity is the festive instalment of Kid Carpet’s Noisy Animals series of shows which feature the adventures of a rock band made up of a gorilla, bear, badger and hedgehog.

Familiar touches for old fans abound from the video montages to the unusual instruments, and of course there is a stage invasion at the end.

Despite what God wants, there are no long recorder renditions; although Kid Carpet – the pseudonym (and anogram) of musician Ed Patrick – does give us a memorable version of Little Donkey.

Instead, there is organised chaos, silliness aplenty and the opportunity to rock out to some top songs.

Aimed at children aged three and above and their families, Noisy Nativity is a raucously good fun and leftfield version of the familiar tale. The Christmas story will never be the same again.

Noisy Nativity is at the Tobacco Factory Theatres’ Spielman Theatre until January 5 2020. For tickets and more information, visit www.tobaccofactorytheatres.com/shows/noisy-nativity