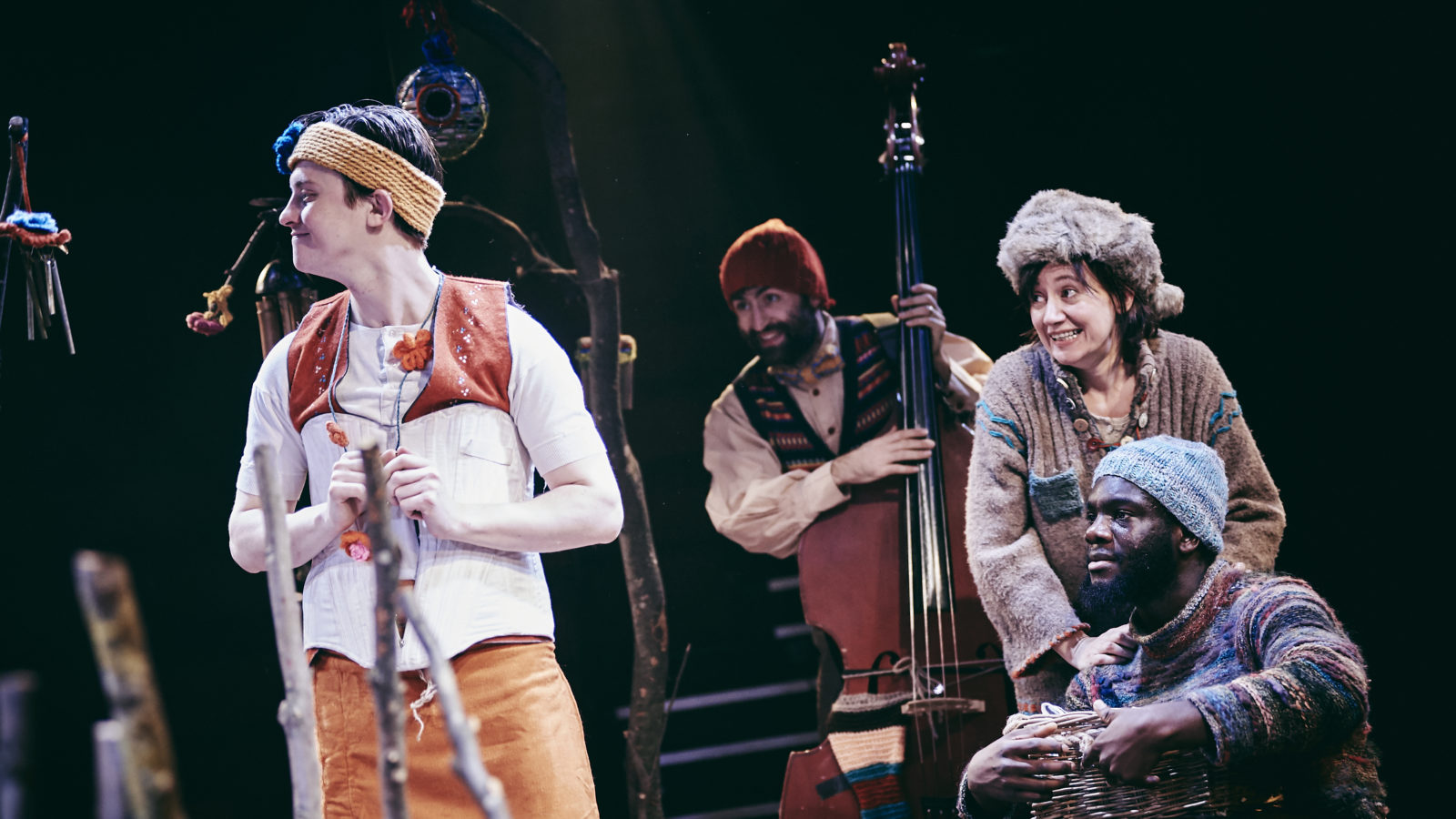 Following the success of last year’s Beauty and the Beast, Tobacco Factory Theatres have collaborated once again with New International Encounter and Cambridge Junction for this delightfully playful, modern take on the Brothers Grimm’s classic tale of greed and jealousy.

An ensemble in the truest sense, the pocket cast of immensely talented actor-musicians switch effortlessly between multiple roles, as well as playing and singing in the on-stage band.

Stefanie Mueller is stupendous as the Stepmother, not so much evil but certainly unhinged, referring to the audience as to voices in her head, a petulant, tantrummy toddler and a yapping poodle by turns. There is a genuine sadness in her fear of growing old and wrinkled: in contrast to Jodie Davey’s Snow White, who is full of youthful exuberance and wholesome naivety. Mueller also designed the simple yet effective set and costumes. 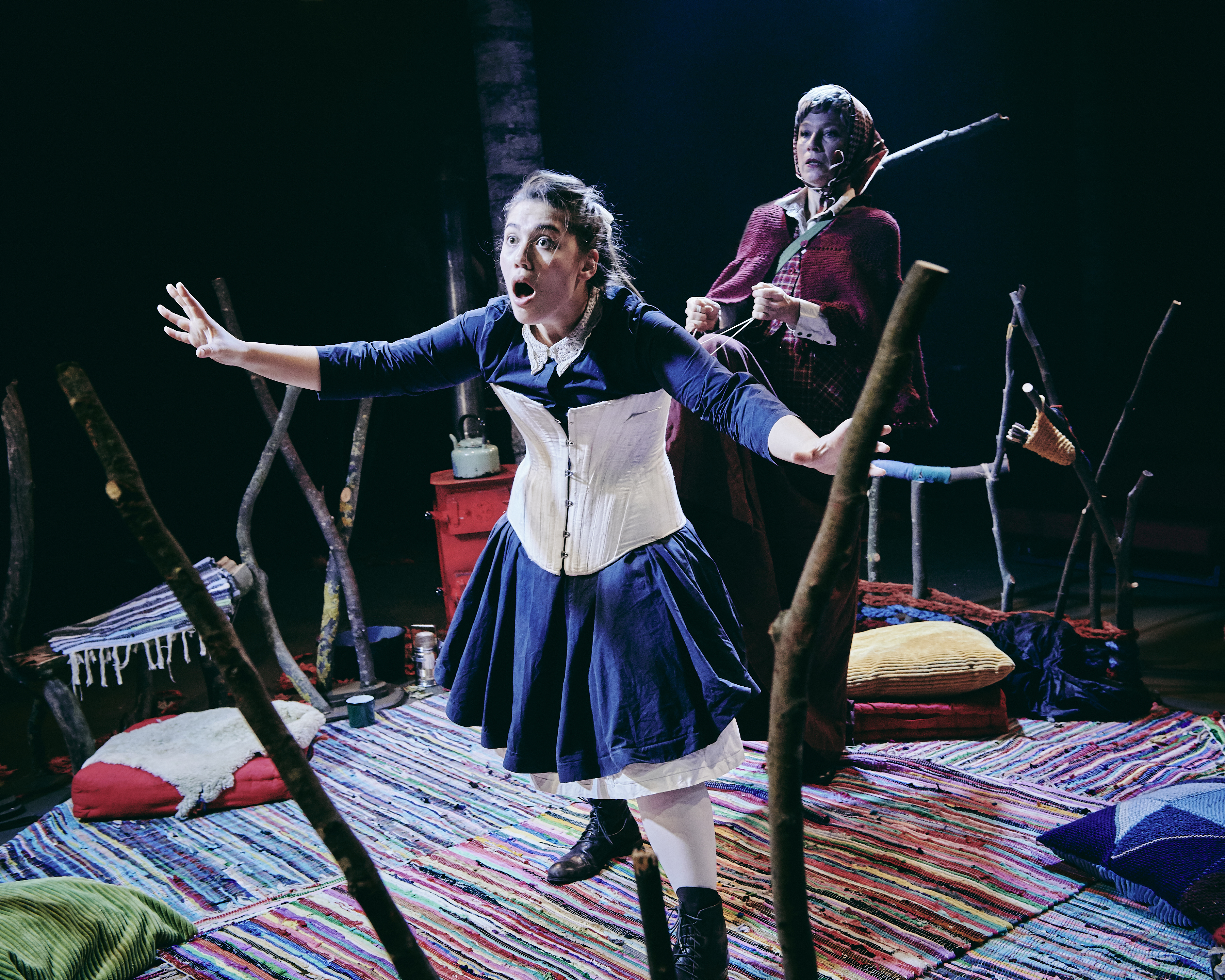 There are no supporting roles here. The ‘earth-burgers’, a commune of forest dwelling vegans, each have their own very distinctive personality, and despite regular ‘count-ups’ by the loveable Welsh matriarch Cariad, a serious inability to accept there are only four of them and not the expected seven.

Their vegan stews, tights for trees – ‘whatever next’, and organic herbal tea strike a chord in the heart of green-spirited Southville. Their motto ‘Veganism, pacifism, feminism egalitarianism’ would make a fine billboard for the Tobacco Factory’s Sunday market.

An enchantingly eclectic score by Joey Hickman and Elliot Davis creates atmosphere throughout, featuring elements of Baltic folk, improvised jazz and a catchy ‘evil’ rap. Themes of forgiveness, platonic friendship, redemption and acceptance are woven through the story, alongside light-hearted topical references to Trump (“Let’s build a wall, keep people out”) and Brexit (“Take control of our borders, leave means leave”). 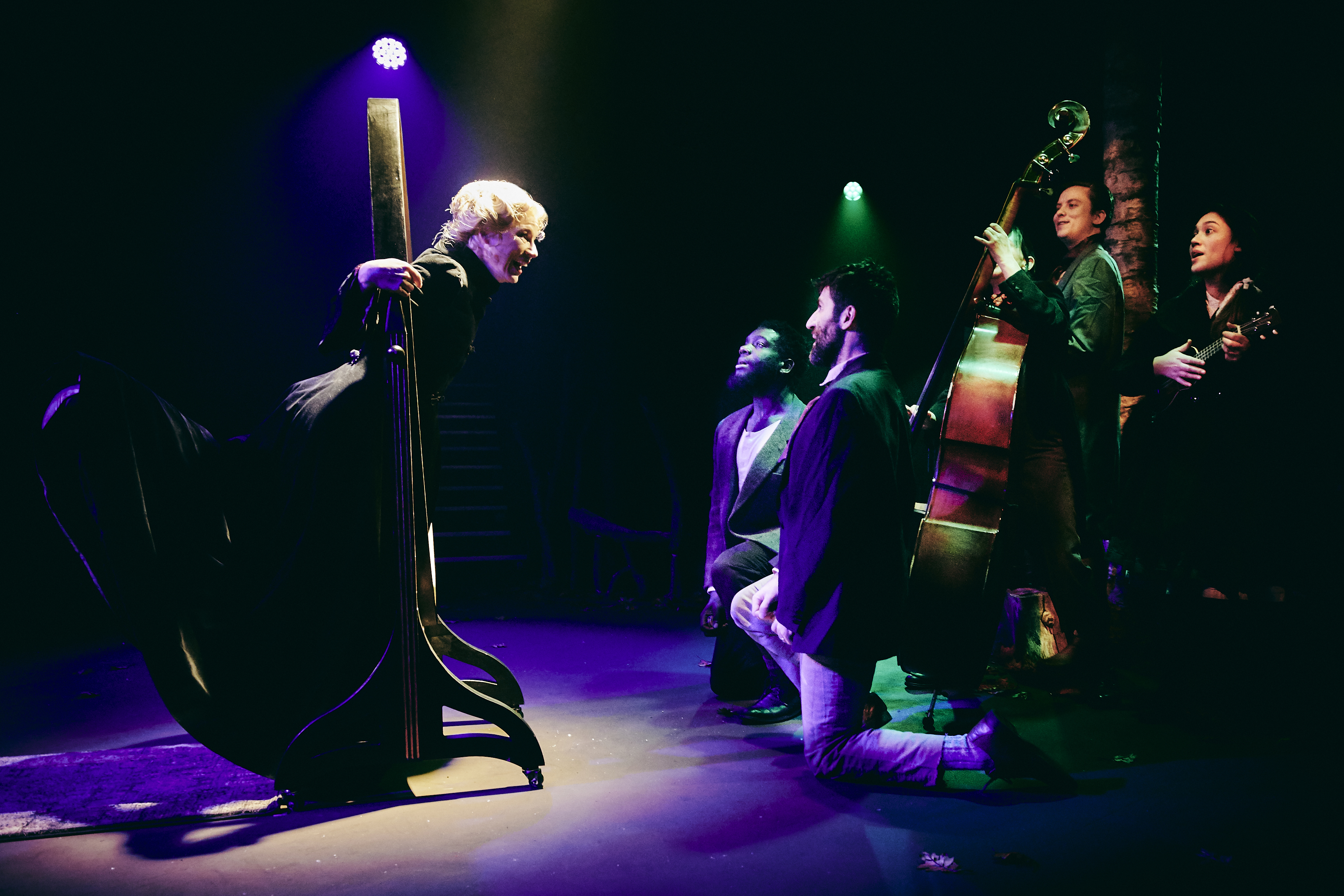 This witty adaptation retains the essential elements of the original spliced with an important moral message of social responsibility, both in terms of taking care of Mother Earth and attacking the unrealistic expectations of the beauty industry. “Beauty’s not what you see in the mirror. It’s the actions you take in the world,” Snow White explains to her Stepmother. 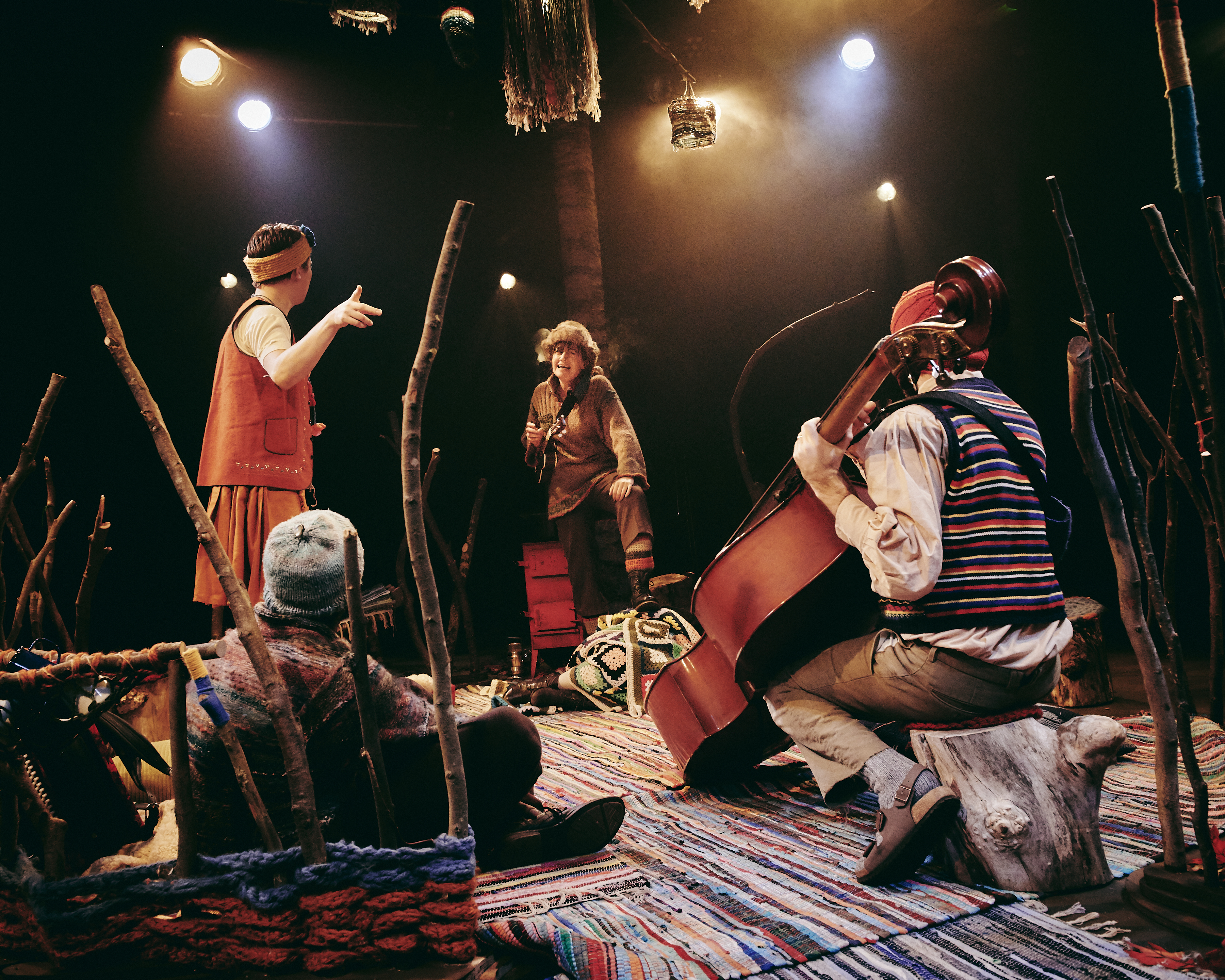 The superbly talented cast demolish the fourth wall from the first scene, and frequent audience interaction is part of the fun in this production.

Tobacco Factory Theatres have a reputation for producing Christmas shows that can be appreciated by all ages. With Snow White they have created a warm, jolly and timely reimagining, with something for everyone to enjoy and think on. The cast were clearly enjoying every second of ‘play’ time and this sense of play was highly contagious.