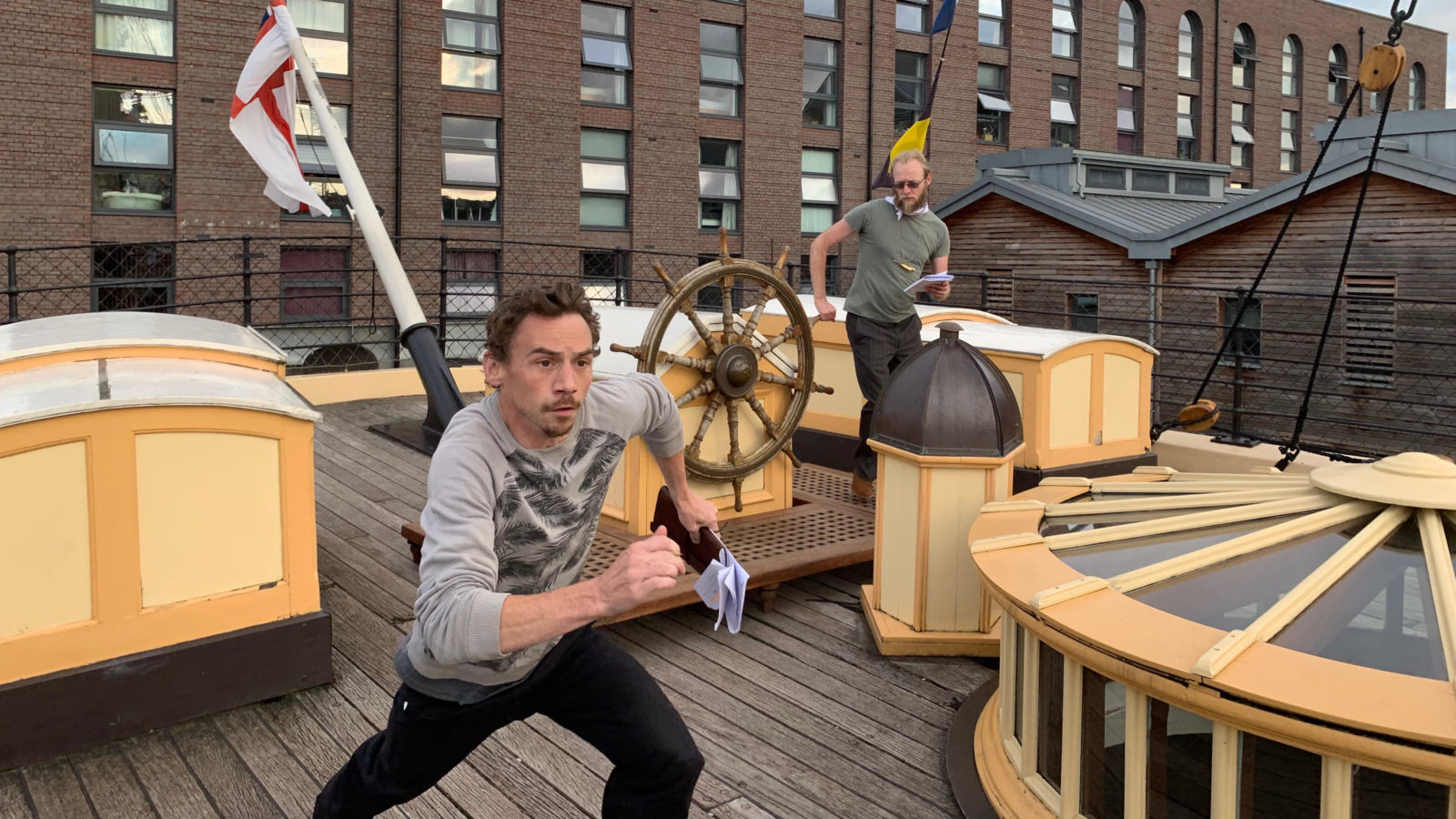 Seagulls squawk, the sun sets over the Avon, and flags ripple in the evening breeze. Darkstuff Productions transport us into the world of Moby Dick as we embark on a voyage across the Pacific Ocean in pursuit of the infamous great white whale.

This adaptation of Herman Melville’s classic novel sets sails on Brunel’s SS Great Britain. “Look at those arms! Have you been a shipmate before?” Stubb asks me. No. But I’m about to become one.

This immersive performance weaves its way through the labyrinthine ship – from deck to hull to engine room and back again – allowing its audience to become one of the Pequod’s crew. Undeniably the perfect setting for this story, and unsurprisingly the perfect choice from site-specific specialists Darkstuff, this Moby Dick tells Melville’s story playfully and completely. The setting is so spectacular, though, that it distracts from the performance itself. At points the machinery is more engaging than the slow-moving narrative.

Second to its location, the production’s main hook is the enigmatic, unsettled and frankly mesmerising Captain Ahab, played expertly by Sophia McLean. Consumed by revenge and driven by arrogant superiority, Ahab leads his men blindly towards the whale. The story is hauntingly reminiscent of current environmental debate: man’s belief in his unassailability extends out from Moby Dick into the audience. Yet we pity Ahab. He is the result of a seafaring life, not at fault for his monomania. The moral lines in Moby Dick are as blurred as the ship’s windows.

Entertaining and cleverly staged, Moby Dick is a nice introduction to site-specific work, and is certainly one for the family. This production gives a good overview of its source matter, feels slick and well-rehearsed, and is an enjoyable and memorable watch.