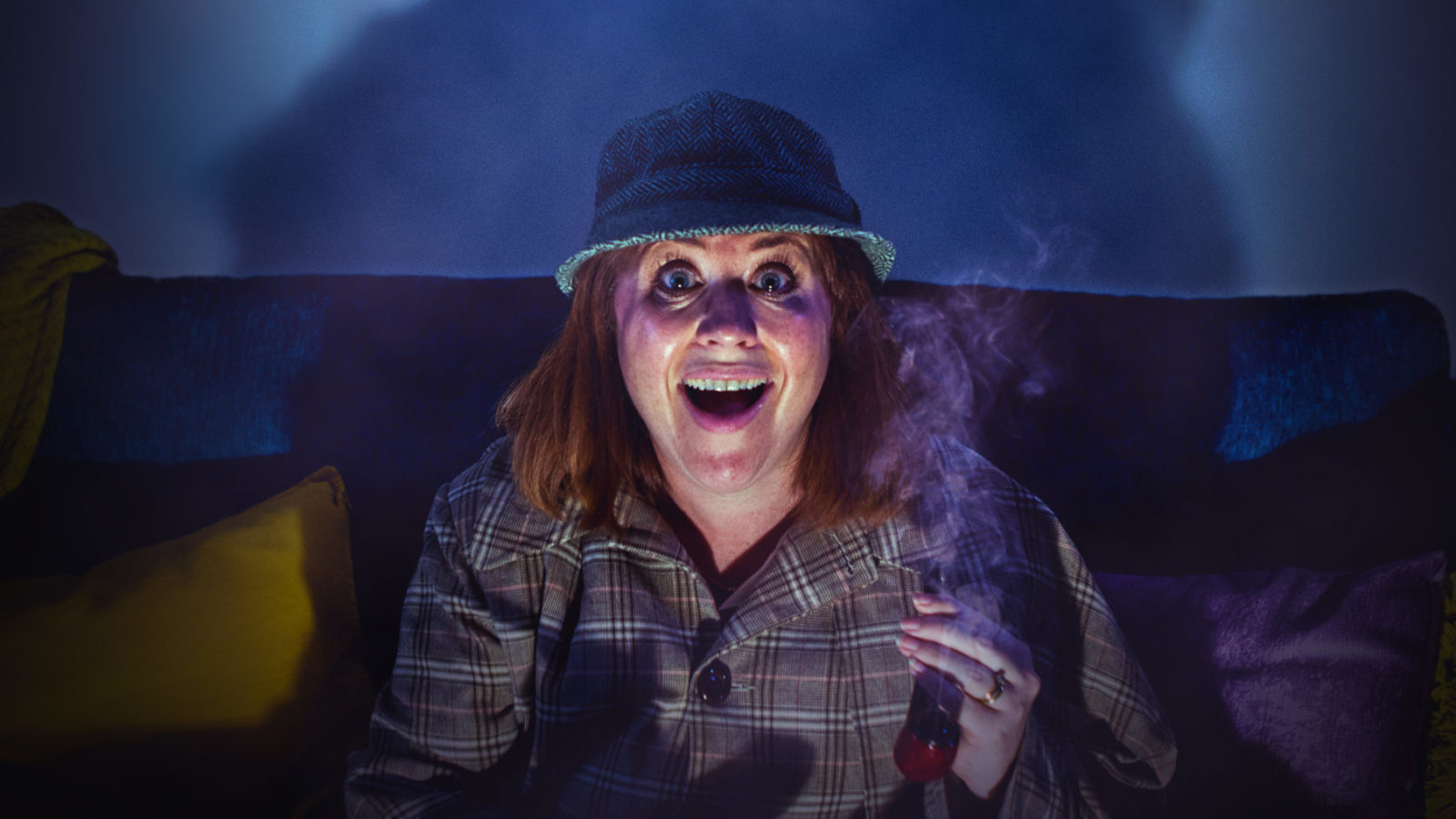 You may not to be able to see much at the theatre so far this autumn, but September and October bring a delicious alternative: a spot of murder-mystery sleuthing from the comfort of your home.

Bristol’s Sharp Teeth Theatre, associate artists of the Wardrobe Theatre and creators of Polly: The Heartbreak Opera and Parlour Games, present the splendidly titled Sherlock in Homes, in which audiences are invited to interview the suspects and deduce the murderer for themselves.

Writer Peter Baker previously worked for the Agatha Christie estate, and has also improvised over 200 murder mysteries with the brilliant Degrees of Error in Murder, She Didn’t Write. Peter was a familiar face at the Wardrobe Theatre and beyond until landing the role of Trigger in the West End musical version of Only Fools and Horses.

Expect high wires and even higher stakes as you play detective and attempt to unmask a murderer, in this vintage case of dastardly behaviour and deadly death at The Bearded Lady’s Circus of Wonders.

Here’s Peter to tell us more.

How did you get into performing, Peter?
Not the most usual route…. It was actually through writing a murder mystery dinner party game in Spanish!

I was living in Barcelona at the time, and one of the guests for the test run was an actress. Two weeks afterwards, she asked if I’d audition for her Spanish theatre company. I’d always wanted to do acting as a child but life took a different route. Doing a show made me decide to move back to the UK and see if it was something I could do as a career.

I never imagined I’d end up in a West End show, let alone playing such a beloved character as Trigger in Only Fools and Horses. And now, with Sherlock in Homes, I feel I’ve come full circle! 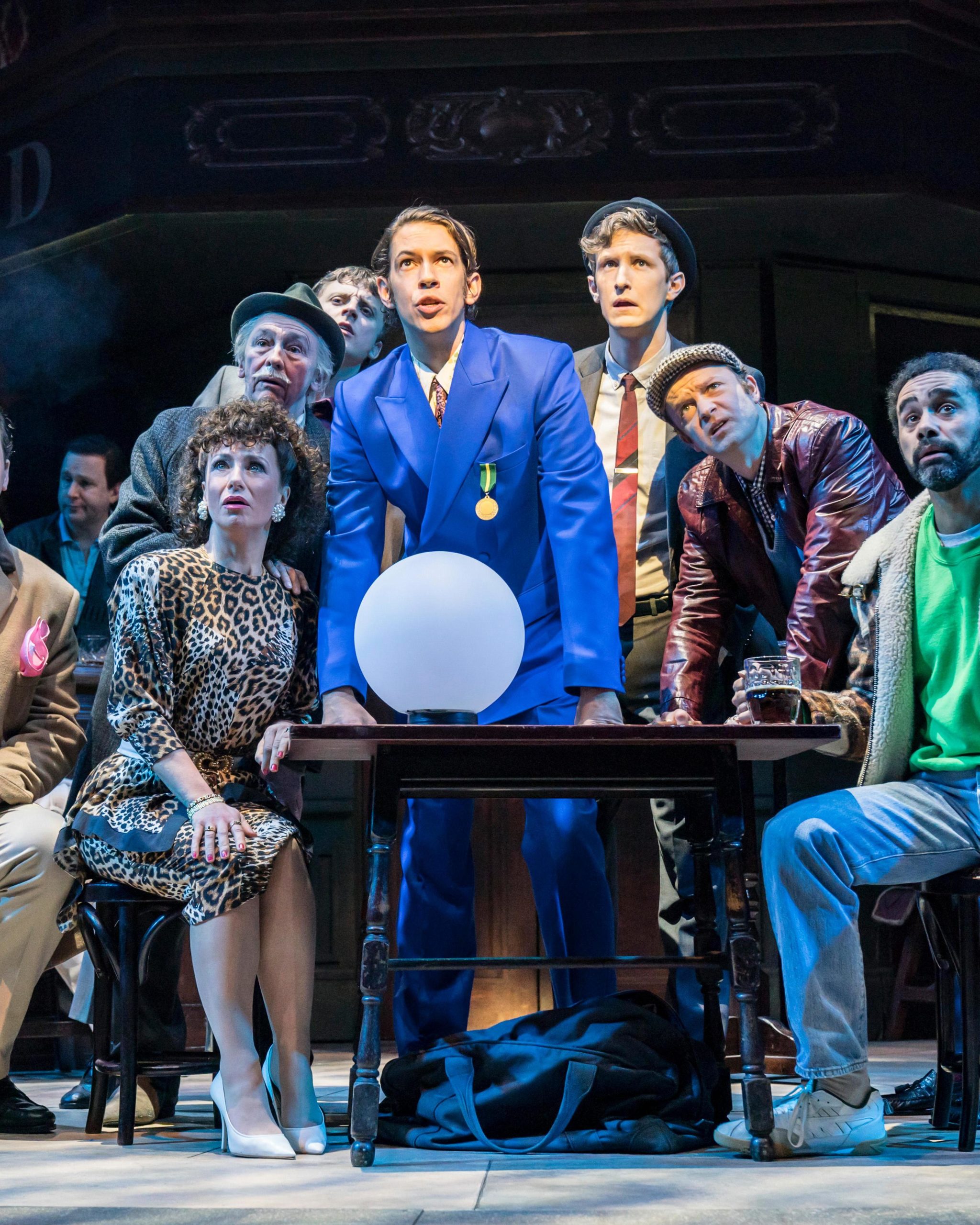 So, tell us about Sharp Teeth’s Sherlock in Homes.
Sherlock in Homes is an online murder mystery for audiences to take part in over Zoom. It’s a rollicking, devious and interactive tale for anyone over the age of twelve who loves a murder mystery. Whether you’ve booked on your own, with a partner or a group of you are taking part from your own homes, it promises to engage, confound and delight.

The case is called Murder at the Circus. Sounds very Agatha Christie?
Well, Agatha Christie has been a huge influence on us, and three of us perform regularly with improvised murder mystery show, Murder, She Didn’t Write, which is very Christie-esque. My connection to the Queen of Crime goes back even further though: before moving to Spain, I used to work for the Agatha Christie Estate, approving publishing, video games and murder mystery dinner parties. I guess you could call me an Agatha Christie obsessive…

How did the show come about?
We’d all worked on Sharp Teeth productions before, and Steph from Sharp Teeth got us together to go watch some things – just to see if we thought we could do something together. We did, and with our collective love of murder mysteries, creating engaging theatre and just greatly enjoying working together, we jumped at the chance of making a rollicking good show.

At the beginning of lockdown, many theatre-makers started exploring ways of working together but apart. So many talented people have been creating podcasts, streaming theatre, online concerts and so on. Steph is currently shielding, and she knew she would be for a while, so she was really keen to make work she could do from home, and that others like her could take part in from home.

Who else is involved in the show?
Sharp Teeth has assembled a crack team of actors and improvisers. The hilarious Eleanor Nawal was in Sharp Teeth’s Polly: The Heartbreak Opera, and has appeared in Netflix’s The Alienist and Shondaland. The brilliant Alice Lamb is a familiar face from the Wardrobe Theatre’s improvised soap opera Closer Each Day as well as Full Rogue Theatre’s Wild Swimming, which smashed the Fringe last year. 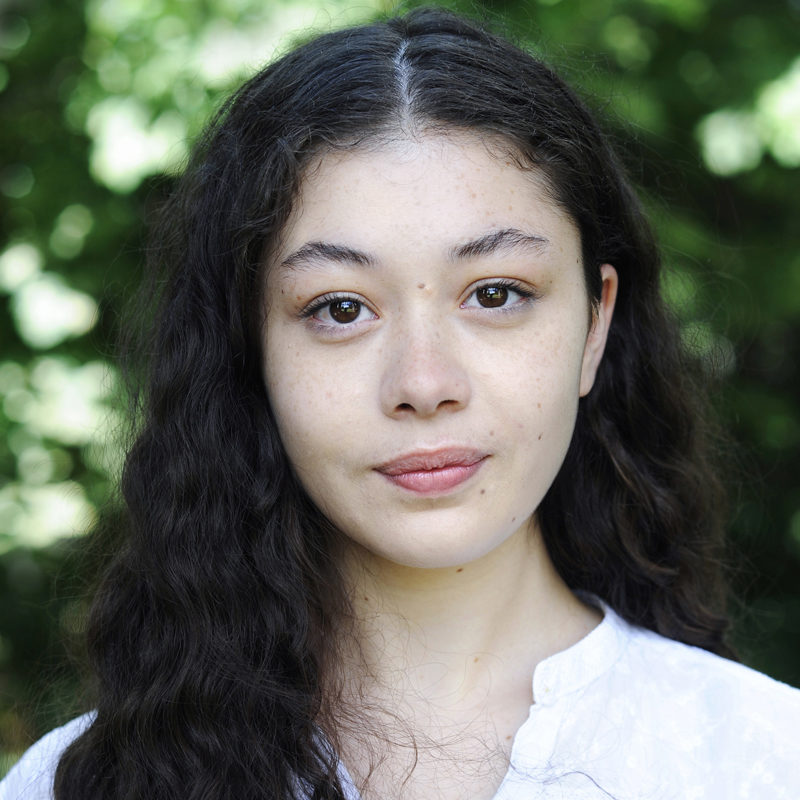 The cast includes Eleanor Nawal, who was seen in Sharp Teeth’s ‘Polly’ as well as on Netflix’s ‘The Alienist’ 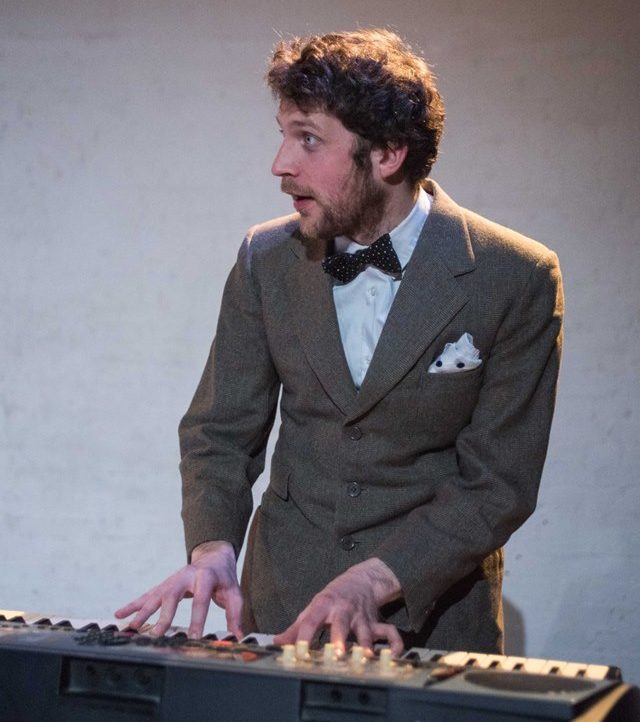 Our director Steph Kempson has often made technology-driven or site-specific / interactive shows. She’s been the director, writer and producer behind Bristol Old Vic’s brilliantly ghostly The Spooky Ship for the past three years. And Lucy Harrington of Nincompoop has also been our resident circus expert.

And how does this online murder mystery work, exactly?
Each ticket allows one device into Zoom, and we suggest one or two people on each device.

Once you’re in, you play Holmes, arriving just after a murder at The Bearded Lady’s Circus of Wonders. Inspector LeShart will be there to brief you, before you are divided into breakout rooms (of around ten) to question the five suspects. There are two rounds of questioning before you are asked to say who you believe the murderer is.

What about the tech side of things?
All you need to know is how to get onto Zoom, how to mute and unmute your microphone and, if you want to be on the same team as friends who’ve booked, how to rename yourself to ensure you’re in the same breakout room. Everything else is done by our technician (whom we’ve called Taggart), and they are there throughout to be messaged for any help.

Other than that, we’d recommend a notepad to make notes. Nice, old-fashioned pen and paper.

How does it feel to perform online?
We did a run through this week with our first test audience and it felt great. Lively, joyous – and a little bit unpredictable. I think this format really works for what we’ve done. The oddest thing is not being able to have that time in the dressing room and the bar with your fellow performers and the audience afterwards. You have all this adrenaline from the fun and connection, and then it’s just you, in your house, staring at a wall.

What were you doing before the pandemic?
I’d been performing eight shows a week at the Theatre Royal Haymarket for over a year, so it’s certainly been a change. It’s such a challenging time for theatres and all involved at the moment, so both having the support of Bristol Old Vic for this show, who are selling the show, and being able to support them back by selling tickets, is a great feeling.

One last question: who is the murderer?
If I told you, I’d have to kill you…

For more info and to buy tickets, visit bristololdvic.org.uk/whats-on/sherlock-in-homes#month=10&year=2020