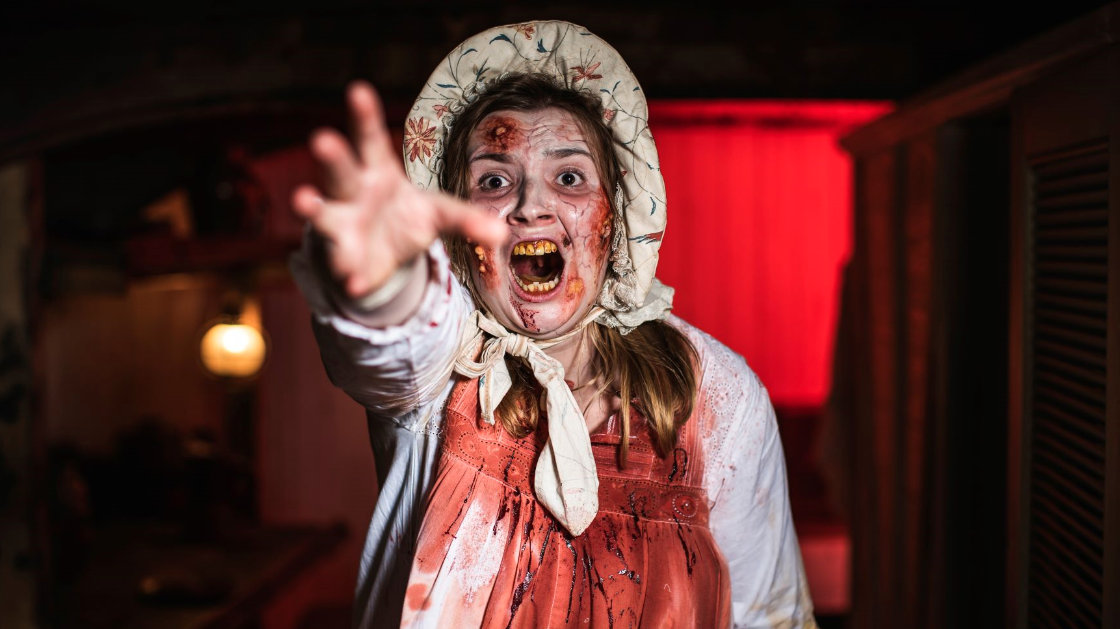 Bristol already has plenty of walking tours, from street art to vegan food. The Spooky Ship at the SS Great Britain now also falls into this genre for a few days around Halloween, with tour guides leading small groups around Brunel’s famous ship.

But this isn’t like any other tour. Loosely based on real life events, this is a wonderfully scary theatrical promenade above and below decks, where things go bump in the night.

The Bristol Old Vic production directed by Stephanie Kempson features a collection of 10-minute vignettes as the audience is led around the ship on their tour, with one of the best surprises not knowing where the actors are going to appear from next. 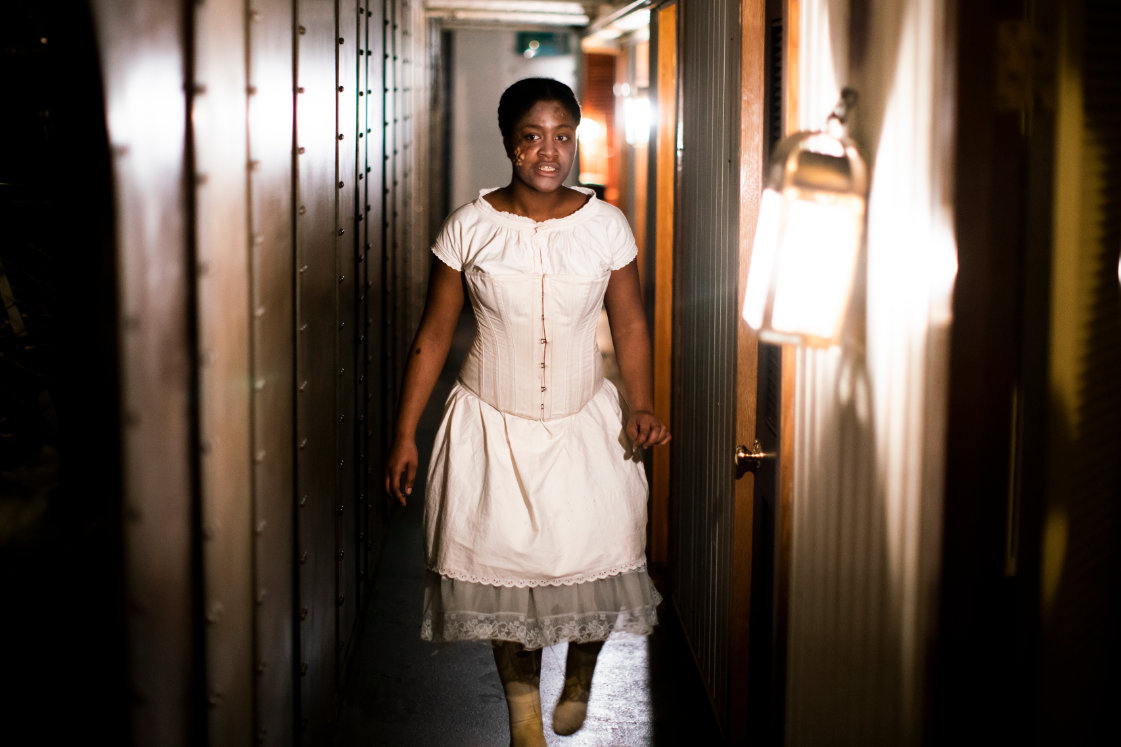 Some of the scariest scenes are when the mysterious men and women encountered on the tour don’t say anything at all. Fiction also blends with reality and sleight of hand, as audience members are drawn into the story.

While a more cohesive narrative may have made for a more satisfying theatrical experience, this production is akin to a book of short stories with an underlying theme.

Crossing the line was a tradition for sailors crossing the equator for the first time, involving them being tied by a rope and dangled into the sea. Of course, in Spooky Ship that didn’t end well and we meet both an unfortunate victim and the man who probably killed him on our promenade.

Two particularly memorable characters were a pair of young women in the dining salon who went from convivial merriment to murder in a heartbeat, and a skin-crawling man propositioning women to come and work for him.

Along the way, some of the characters had horrendous injuries and burns, and others barnacles protruding from their faces from being stuck at the bottom of the sea for centuries – with makeup by students at the Bath Academy of Media Makeup. 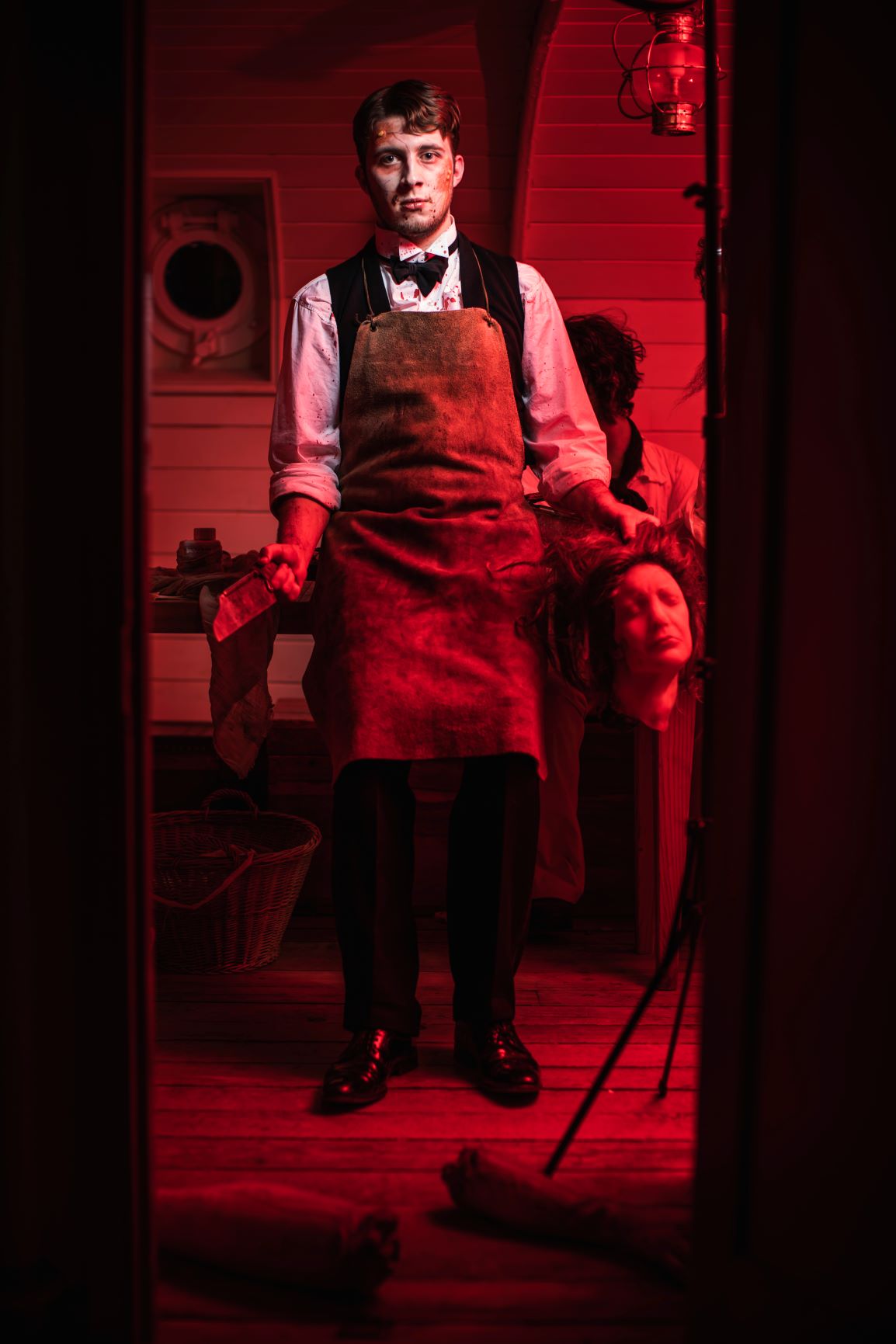 “I’m not scared, daddy,” an eight-year-old on the tour bravely told her father midway through the production while tightly squeezing his hand.

Bristol does walking tours well and it does promenade theatre well. This combination of the two makes for a very enjoyable night of scares.

The Spooky Ship is at the SS Great Britain until November 3, with performances starting every 10 minutes from 6.40pm to 9.20pm. For more information and to book tickets, visit www.bristololdvic.org.uk/whats-on/spooky-ship

All photos by Adam Gasson