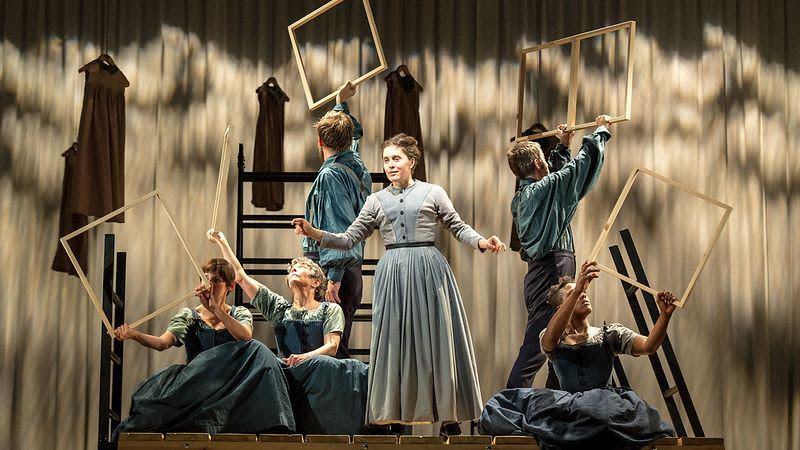 Bristol Old Vic and The National Theatre’s hit collaboration of Jane Eyre (read our review here) will be shown on the NT’s YouTube channel on Thursday, April 9 at 7pm as part of the theatre’s At Home initiative during the coronavirus pandemic.

Almost 170 years on, Charlotte Brontë’s story of the trailblazing Jane is as inspiring as ever. This bold and dynamic production uncovers one woman’s fight for freedom and fulfilment on her own terms.

From her beginnings as a destitute orphan, Jane Eyre’s spirited heroine faces life’s obstacles head-on, surviving poverty, injustice and the discovery of bitter betrayal before taking the ultimate decision to follow her heart.

This acclaimed re-imagining of Brontë’s masterpiece was directed by Bristol-based Sally Cookson. It was first staged by Bristol Old Vic in 2015 and transferred to the National in the same year with a revival in 2017.

Bristol Old Vic’s Artistic Director Tom Morris said: “This production marked the moment when Sally Cookson and her extraordinary team of collaborators caught the attention of the national and international theatre world for the first time.

“Celebrated with a string of five-star reviews, the show placed the imagination of the audience at the centre of the theatrical experience. Celebrating the power of our imaginations to take us beyond our own four walls is even more important in these uncertain times.

“We are thrilled to take our ongoing collaboration with the National Theatre into the digital realm with this premier and will announce further details of Bristol Old Vic’s own online theatre, partly curated in partnership with Bristol’s remarkable creative sector across artforms, on the night of the digital launch of Jane Eyre.”

During the coronavirus outbreak and resulting closure of theatres, cinemas and schools, National Theatre At Home is providing access to content online to serve audiences in their homes. Audiences around the world can stream NT Live productions for free via YouTube every Thursday at 7pm. The productions will then be available on demand for seven days.

To watch the BOV/NT production of Jane Eyre on Thursday, April 9 at 7pm, visit www.youtube.com/user/ntdiscovertheatre

Read more: Coronavirus: Bristol theatres respond – and how you can help