Bristol Old Vic has launched its 2020 programme of work, entitled Year of Artists – “shining a spotlight on the role of artists in a changing world, and celebrating creativity in us all”.

Work from some of the foremost talent in British theatre today (Emma Rice, Sally Cookson, Joel Horwood, Maria Aberg) sits alongside new writers and artists (such as Ross Willis and Miranda Cromwell) and opportunities for everyone from across the region, regardless of age, experience or background, to get creatively involved.

The theatre’s 2020 programme starts with two BOV Associate Companies, Kneehigh and Bristol’s own Wise Children. Emma Rice’s musical Romantics Anonymous (pictured top) is revived at Bristol Old Vic for its only UK date ahead of a run in the USA, while Ubu! A Singalong Satire, from Kneehigh’s Mike Shepherd and Carl Grose, heads to The Marble Factory, fresh from its London run, in January. 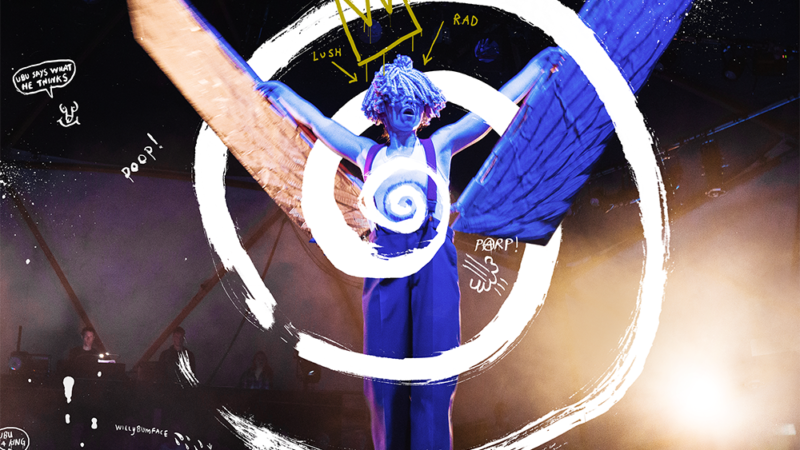 BOV brings ‘Ubu! A Singalong Satire’, from Kneehigh’s Mike Shepherd and Carl Grose, to The Marble Factory in January

The early part of the year also hosts various productions supported by BOV’s artist development strand, Bristol Ferment. This includes Ferment-supported work Mid Life (presented by Diverse City) and the twice yearly Ferment Fortnight, which throws open the rehearsal room doors to show the latest work-in-progress from some of the finest talent in the region.

Elsewhere, the Wardrobe Ensemble – formed through Bristol Old Vic’s Made In Bristol scheme, which allows older Young Company members to develop into professional theatre-makers – return with a special re-staging of their first production RIOT to celebrate Made In Bristol’s tenth anniversary.

And the Ensemble are back again in April with The Last of The Pelican Daughters (co-produced with Complicité and Royal & Derngate, Northampton), their latest work, first seen at the Edinburgh Fringe Festival in 2019, coming to the Theatre as part of a UK tour. Meanwhile, BOV’s award-winning Young Company present a powerful new translation of Sophocles’ Antigone by Anne Carson, in The Weston Studio in January. 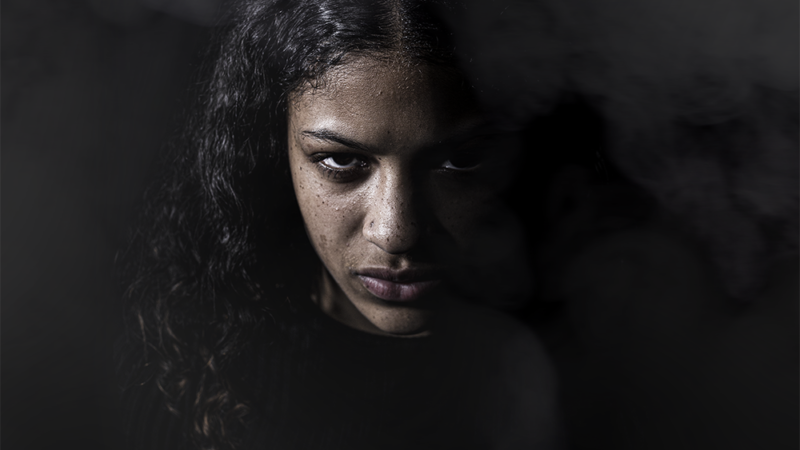 With the strong belief that creative opportunities are for everyone, BOV are also supporting the creative spark in every adult in Bristol through its Adult Company and community and business partnerships, and using those opportunities to strengthen the most vulnerable members of Bristol’s communities too. More details of how everyone can participate will be announced on December 4.

March sees the return of Headlong (People, Places and Things; Acts of Resistance), with Faustus: That Damned Woman, a co-production with the Lyric Hammersmith Theatre. This re-imagining of the Doctor Faustus myth is from award-winning playwright and theatre-maker, Chris Bush, directed by Caroline Byrne, and visits Bristol Old Vic as part of a UK tour which begins at the Lyric Hammersmith in January.

There is also the welcome return of Bristol’s the brilliant, biennial festival Mayfest. Produced by BOV Associate Company MAYK, Mayfest welcomes Bryony Kimmings back to the theatre with her rapturously-received autobiographical show I’m a Phoenix, Bitch, following a sell-out run at the 2019 Edinburgh Fringe. Mayfest will also host the first visit to Bristol from the one-man phenomenon, Le Gateau Chocolat with his brand-new show Pandora.

On Bank Holiday Monday (25 May), the theatre’s annual celebration of the creative magic and madness found in every Bristolian is back with Open Stage. For one day, the theatre hands over its main stage to anyone who wants to show the world what they’ve got.

In June, Mark Rylance will make his Bristol Old Vic debut in Semmelweis, a powerful world premiere based on the true story of Dr Ignaz Semmelweis. Semmelweis was a radical creative of the medical profession whose rejection of received wisdom dared him to look at the world differently and held the potential to save countless lives. 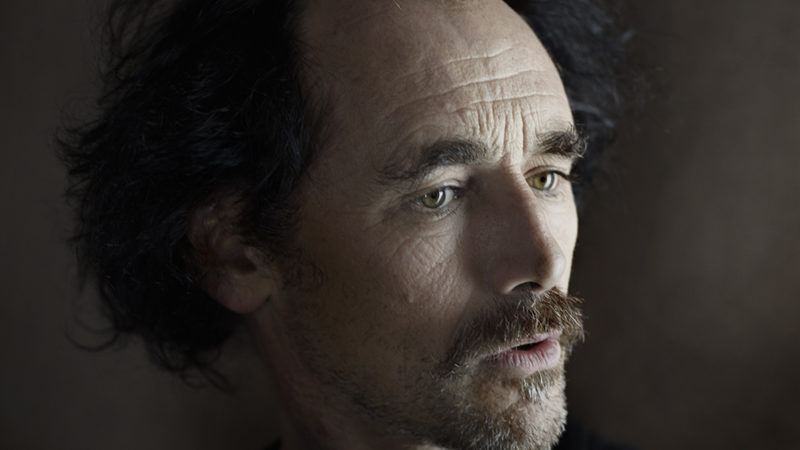 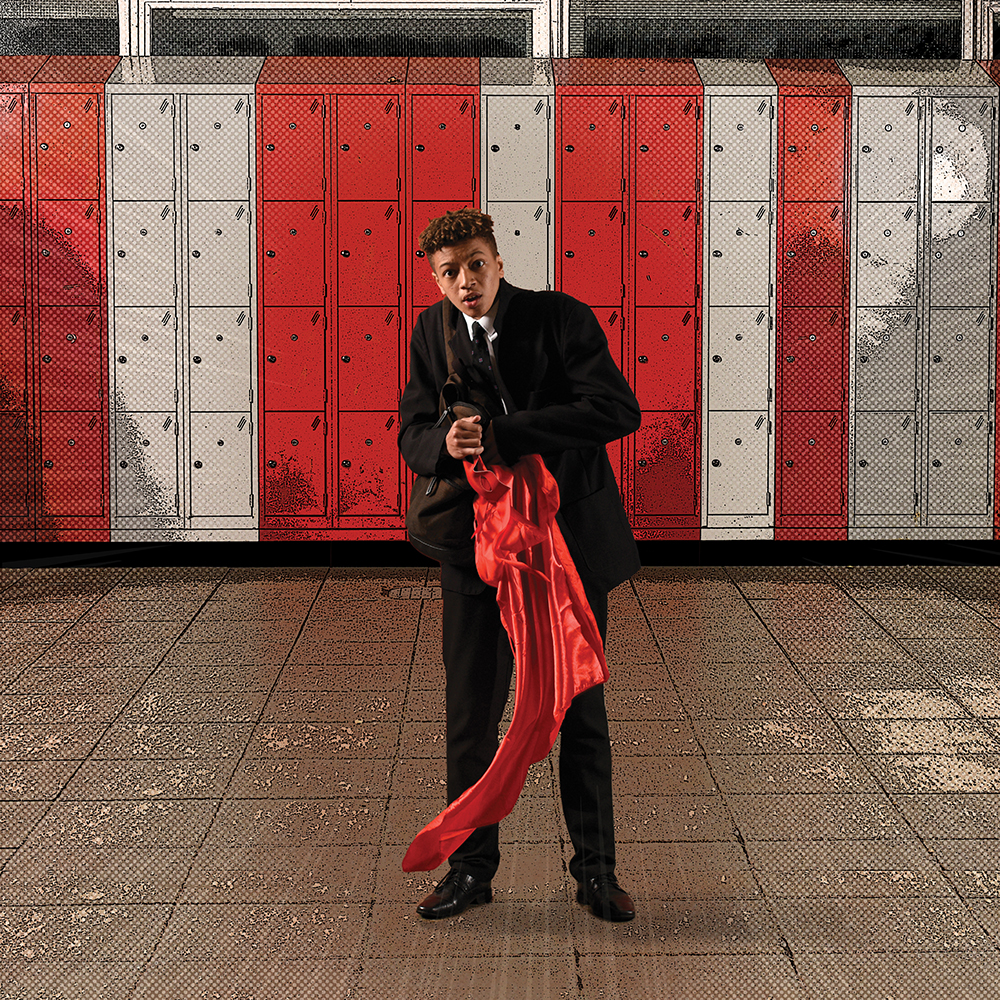 Wonder Boy was first seen in March 2019 as part of New Plays in Rep which showcased some of the Open Session-developed work in a series of fully-staged and workshop productions powered by the talents of the Bristol Old Vic Theatre School. New Plays in Rep will return in June 2020 with a new selection of the freshest new writing in plays and musicals.

Next Christmas, former Bristol Old Vic Young Company director Miranda Cromwell, co-director of this year’s West End sensation Death of a Salesman, will be returning to Bristol to direct The Little Mermaid with a narrative championing environmental messages.

There’s a strong children and families strand, including Zog, The Very Hungry Caterpillar Show, Shlomo’s Beatbox Adventure for Kids and the return of Le Navet Bete’s The Three Musketeers: A Comedy Adventure. Brave children who like their tales a little more spooky will want to make a beeline for Neil Gaiman and Dave McKean’s modern classic The Wolves in the Walls with Little Angel Theatre and York Theatre Royal.

“Great artists can see round corners,” says BOV’s aertistic director Tom Morris. “Their view of the world is unique and their gift is the ability to communicate that view to the rest of us. That’s why we love the work of Bob Dylan, or Picasso; Stormzy, Shakespeare or Sarah Kane.

“But our 2020 Year of Artists isn’t just about them. Because exactly that same creative spark is in the rest of us; every child in school, every professional in the workplace, every patient in hospital, every citizen in a healthy society. The evidence of this year’s Durham Report is that creative opportunity is transformative for every child in every school, and our contention is that it’s equally valuable for all of us throughout our lives. This year is a celebration of the creativity in us all, and a clarion call for increased investment in creative opportunity for everyone.”

Tickets for Bristol Old Vic’s 2020 season go on general sale at 10am on Thursday, November 21 (Friends: November 18). For more info on all shows, visit bristololdvic.org.uk/whats-on