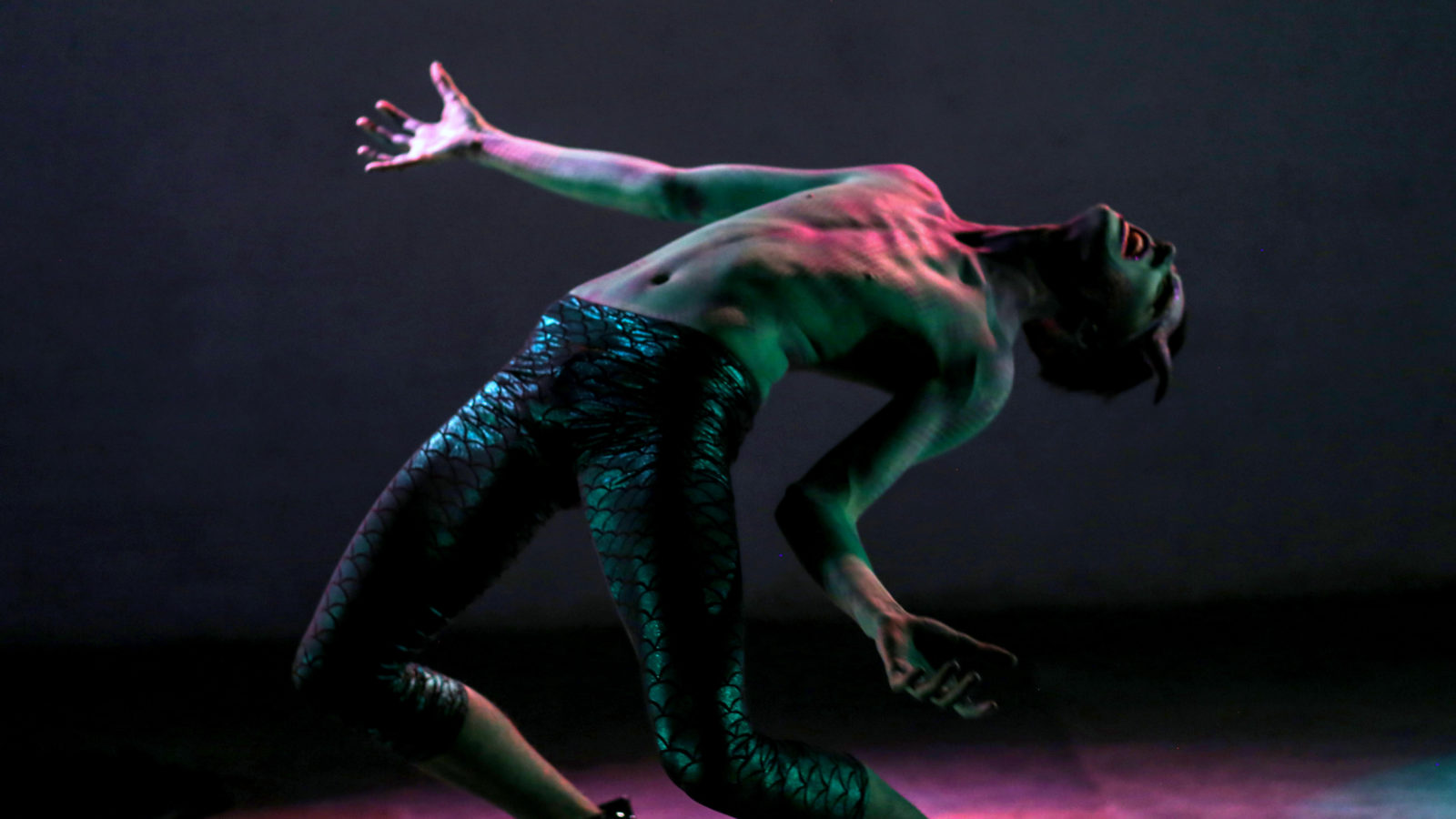 What does drag mean to you?

If it’s a man in a frock, then James Morgan has a few words for you.

Morgan might once have had an impeccable resemblance to Cher, but the self-penned show DRAG ON is about much more than fun in heels. Instead, with dance, spoken word and even a little lecture Morgan asks, in a dehumanising world, “are we better off as monsters?” 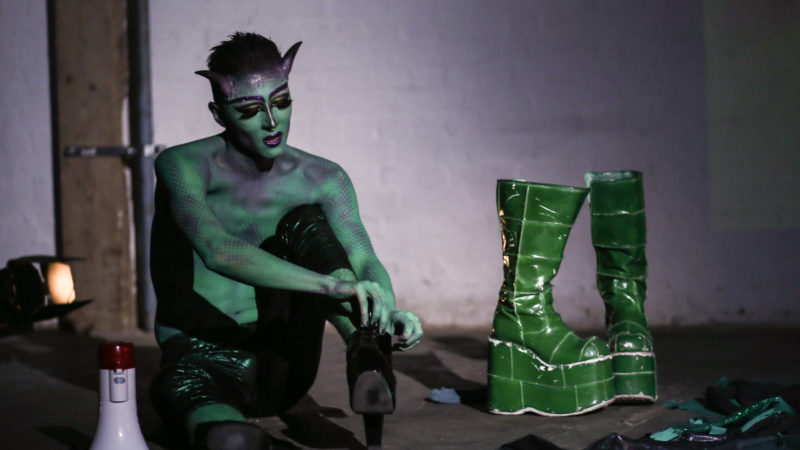 It takes James Morgan three hours to transform into character

“The work is about drag, alter ego, fantasy and monsters. It’s an attempt to go beyond what it is to be human,” Morgan explains. In fact, all of the artists Morgan picked to lip sync to play with identity and persona. The show features an eclectic array of music that includes hits from Nicki Minaj, Eminem, Cher and Marilyn Manson.

“They’re all larger than life characters and, in my understanding, basically doing drag.”

“Their performance personas give them permission to do and say things they wouldn’t otherwise be able to, which feels dangerous and fierce.” It’s that, Morgan says, that’s reminiscent of what drag performers do.

Cher might not have an alter-ego, but her inclusion in Morgan’s repertoire is more of a running joke. “The first time I did drag I accidentally turned up looking like Cher, which is a bit of a faux-pas for any drag queen. Joking about that is also a comment on my immaturity and somewhat simplistic view of drag when I first started doing drag.”

“I thought drag was throwing on a wig and pretending to be a woman. Drag can do so much more.” 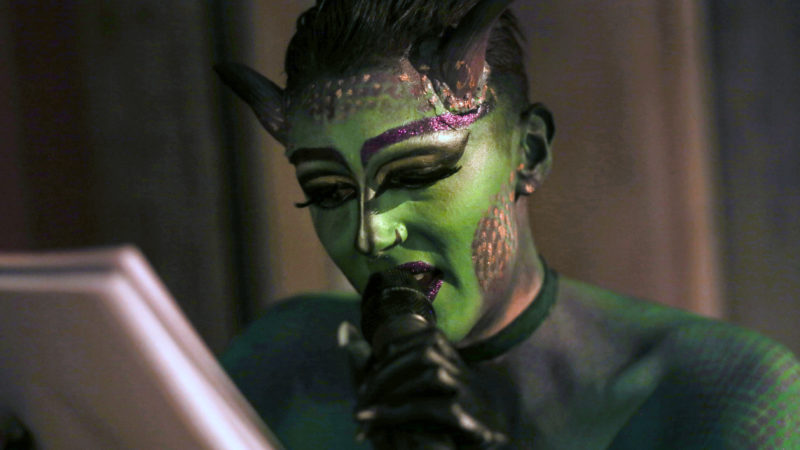 With controversial recent comments from RuPaul causing a stir, does James think drag is changing or is our awareness of the art form developing?

“I talk about RuPaul in the show. The drag culture you see on RuPaul’s Drag Race was created in the 1980s and 90s in the New York ballroom scene – which RuPaul was there to see – so I find it incredible that he says that drag loses its sense of danger when it’s not a man doing it.”

“Drag has always been a really subversive place to blow the doors off gender. Of course I love traditional camp drag – Lily Savage, for example – but there’s so much more to it than that. Drag is made richer by the contributions of people of all genders and most of my favourite drag performers from the London scene aren’t men.”

Victoria Sin, johnsmith, Ellis Dee, Rodent Decay, Manley Stanley, Georgie Bee and ShayShay, are just some of the performers Morgan is inspired by. 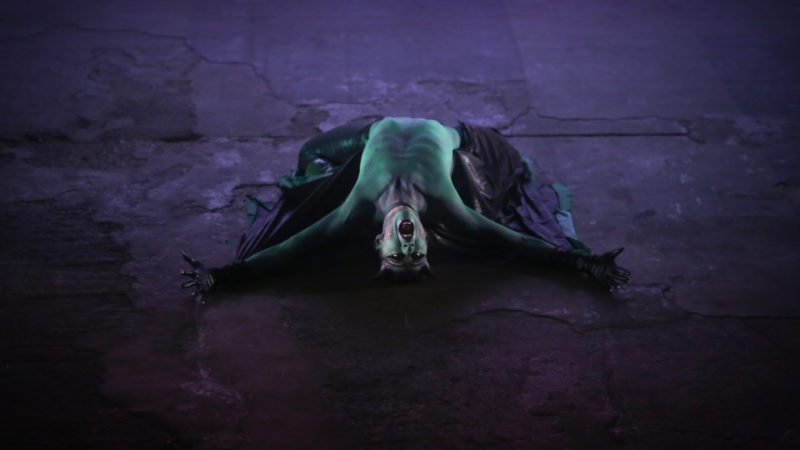 Drag isn’t the only culture to revel in blurred lines. “Many queer people used goth culture as a way of exploring their sexuality and identity in a way that wasn’t permissible in other places,” Morgan explains, “and my inclusion of Marilyn Manson in the show is a nod to that.”

“Of course he is problematic for many reasons, but he was painted as a monster by the media in the 1990s and that’s a mirror I hold up to how many queer people are scapegoated by the media.”

In a curious twist on the much-used drag term ‘realness’, it’s the realness of queer people, Morgan says, that the media uses so often to undermine them.

“Bisexual people are told it’s just a phase, or a halfway house between gay and straight. Gay people become the subject of the nature and nurture debate. The idea that non-binary people are inventing or pretending. And the constant media attack on transgender people, painting them as villains.”

“A lot of queerphobia comes down to a questioning of our realness.” 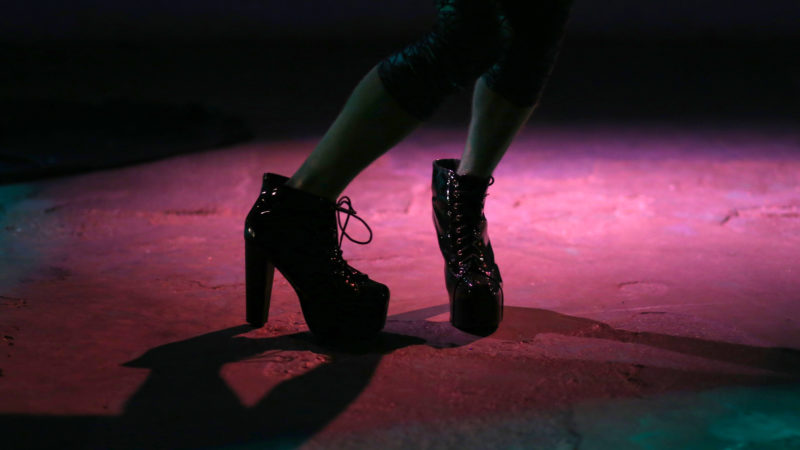 But, what is the answer?

“Ultimately, I think we need to do away with these binary oppositions. I do think we need to work to abolish gender. But of course we need to be aware of the fact that people suffer differently under the rules that exist in the meantime, particularly at the intersections of race and class. It’s very flippant to say that we can do that when so many people are caught in the crossfire.”

An interest in posthumanism is what underpins DRAG ON, Morgan says. “It’s a branch of philosophy that criticises the assumption that humanity is the centre of everything.”

When so many queer people are dehumanised, Morgan wants to ask you: “are we better off as monsters?”