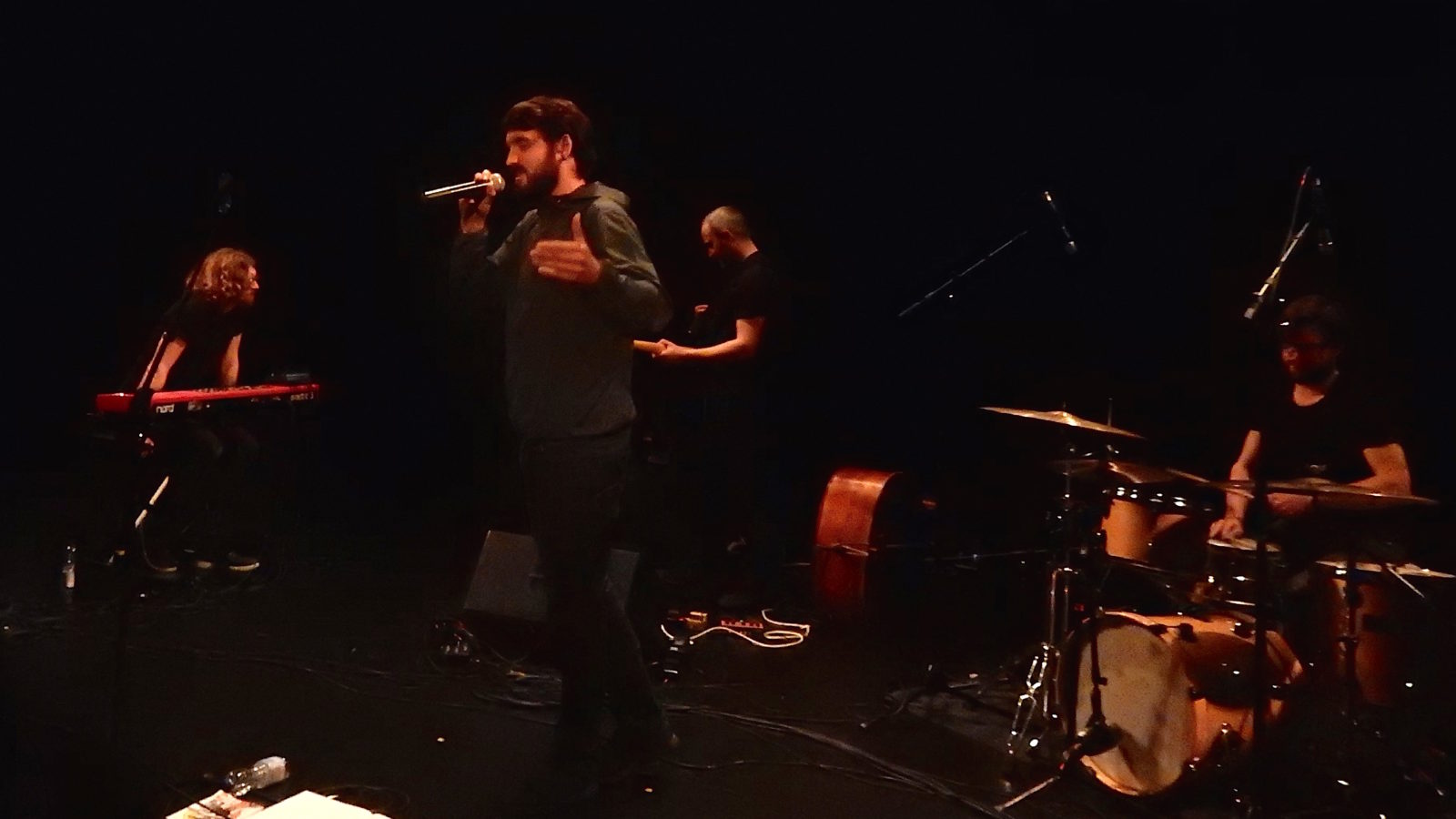 For the jazz-loving fraternity, the springtime promise of Bristol’s annual Jazz and Blues Festival helps us face the bleak winter months, and the pre-season gigs like this are a welcome foretaste of things to come. Equally welcome was the chance for Bristol to get a full-on flavour of the Tongue Fu phenomenon, spawned in a London pub a decade ago and now recognised as one of the country’s premier spoken word experiences.

The USP is impressive – a line-up of poets get to perform with a backing band of jazz musicians who improvise a fresh soundtrack to accompany each piece. There’s been no rehearsal and the poets, being poets, generally offer elliptical clues as to what they want (“It needs to be throbbing with naiive hope – but also lust.”) The jazz musicians, being jazz musicians, somehow come up with something that makes sense and often fits to perfection. 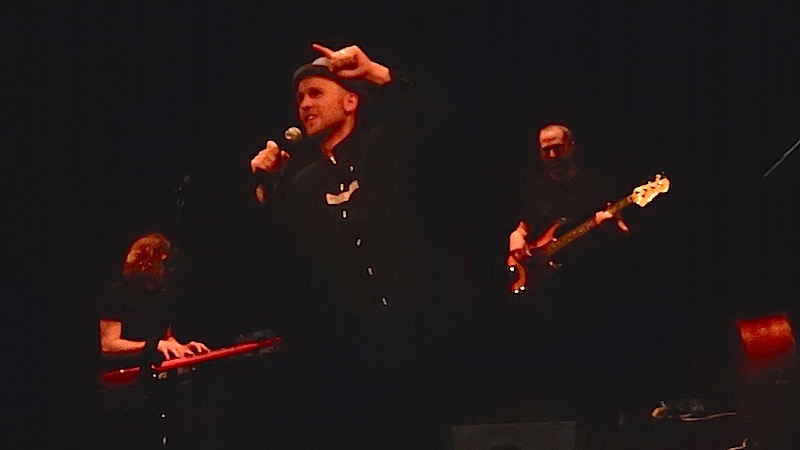 The events are held together by assured ringmaster Chris Redmond who warmed things up effortlessly before launching into a scabrously withering critique of 90s smooth jazz superstar Kenny G (“Darwin was wrong, it’s survival of the shittest!”), forcing the band into ever blander territory to make the point. 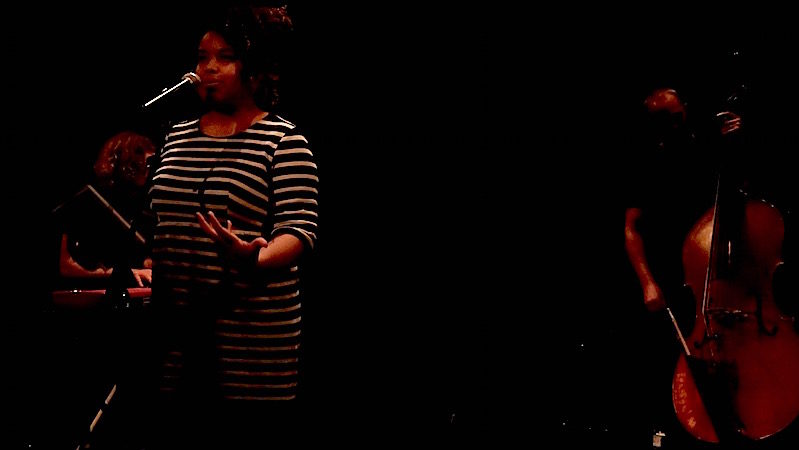 It was a great set up for Malaika Kegode, a bubble of infectious enthusiasm despite a voice quavering from illness. Her piece about music as unspoken consolation for sadness drew a lyrical gospel ballad from keyboard player Dan Moore and, as the words rode the beat, things gelled seamlessly to her evident pleasure. 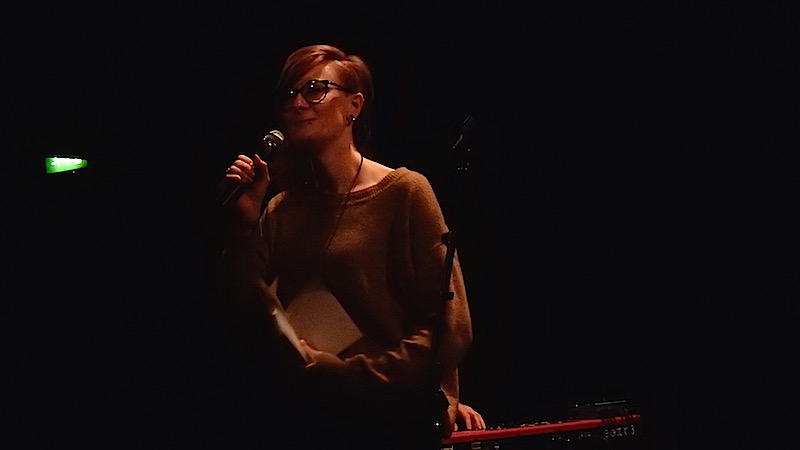 Blah Blah Blah host Anna Freeman was next up with a trio of brash poems that somehow managed to be unflinchingly sardonic and sentimental at the same time. Her hard-nosed audit of how relationships go stale was steeped in enough wry humour to make you laugh out loud despite the awful truth underlying it. The irony was even harsher in a poem about renouncing self-pleasure to placate a new lover, delivered with fine comic timing to a throbbing soundtrack driven emphatically be bass-player (and Tongue Fu co-creator) Riaan Vosloo.

It was Vanessa Kisuule’s epic account of a bitter-sweet clubbing night out with her girlfriends that properly brought everything together, though. Her vivid and honest narrative delivered to “a kind of 90s R’n’B type thing” provided a sequence of images from an imaginary and unseen film that the band furnished with a soundtrack that told almost as much of the story. By the time the girls were weaving home, “eyes wide but unfocussed” we knew them enough to share their exhausted elation.

Another filmic moment opened the second half with Chris Redmond’s fantasy account of wrestling identities between domestic parent and wild-living creative, drummer Dave Smith providing both a crashing Phil Collins drum break and the stretched, echoing thwack of the Chariots of Fire theme as appropriate. 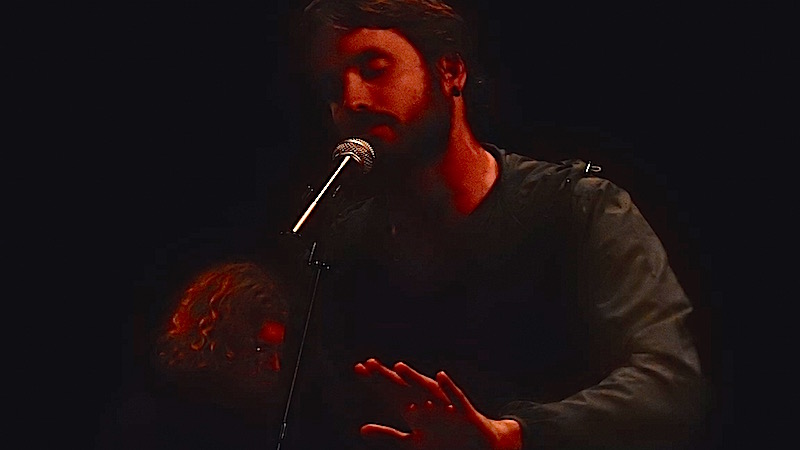 Dizraeli in a sombre mood

Headliner Dizraeli seemed in sombre mood and, indeed, he had serious points to make about men’s emotional inarticulacy and the damage it does to their mental health. Drawing on his own recent experience the smartly titled My Brother Can’t Help Himself rolled out across the board with fractured images of men in despair matched by a shattered musical backdrop that racked up the conflict and damage in the words.

It could have presaged an awkward finale of doom and gloom but he shifted gear through Out Timothy Out, a lively Jeckyll and Hyde story of mental disfunction that drew even more gymnastics from the drummer, before wrapping up with a segue of material about growing up in Bristol. Beginning with an Engurland-style shanty, the band took things on into trip-hop territory and thence to a dub beat and finally an R’n’B groove while Dizraeli’s rapid-fire lyrics replete with crowd-pleasing local references took us to a mass chant-off to finish.

A brilliantly entertaining evening, then, in which awkward truths were faced with equal resilience and humour by a diverse bunch of Bristol-minded wordsmiths who were in turn rewarded with cleverly crafted musical embellishments. The great news is that the 2018 Jazz and Blues festival will have a spoken word element for the first time – let us hope it will be Tongue Fu as it really is in a league of its own.