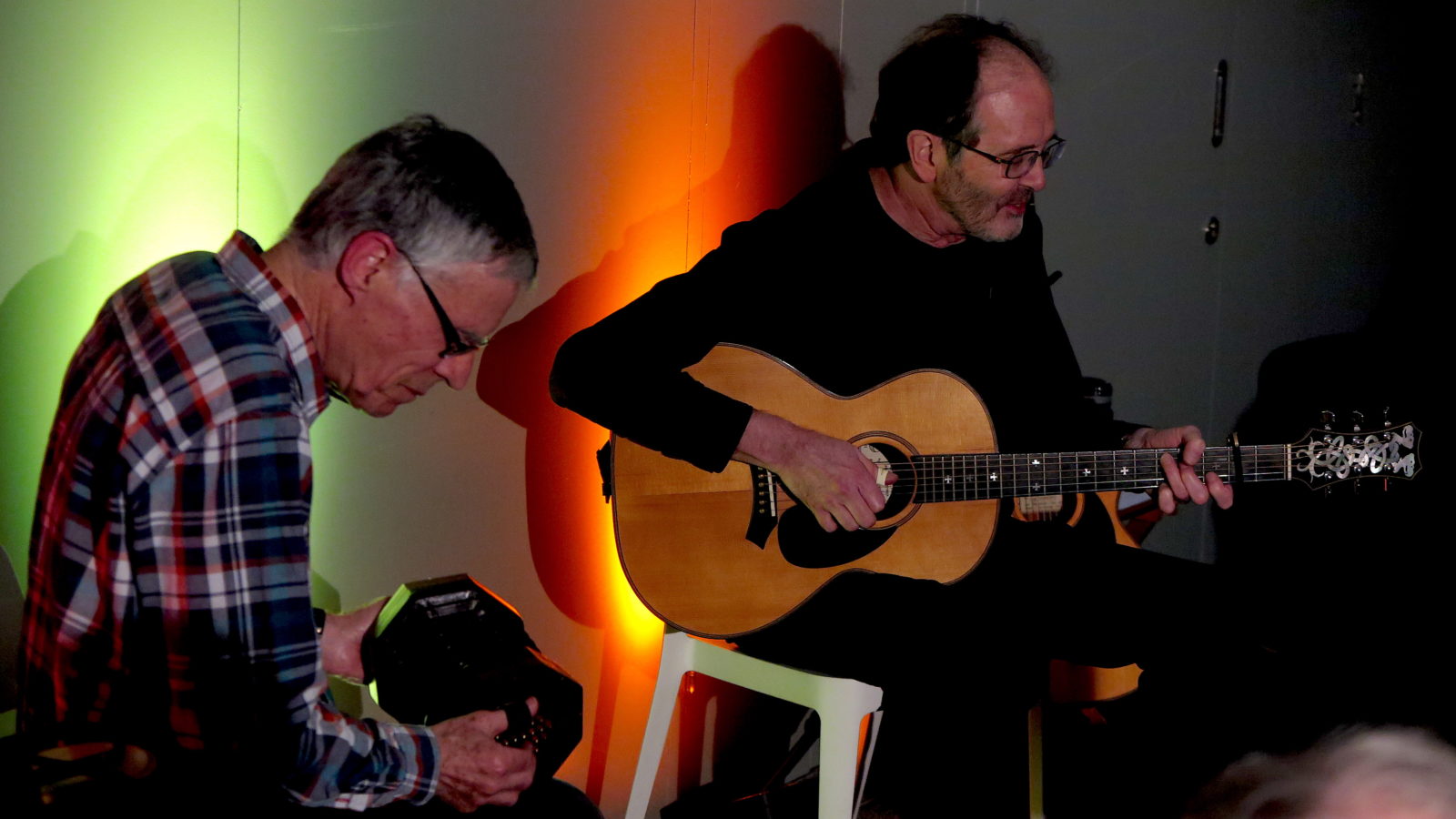 That’s right – Alistair and Ian A. Anderson are not even brothers, let alone twins. But they do represent the complementary yin and yang of the early 60s Great English Folk Revival which began in a flurry of folk clubs and coffee shops ringing with the ‘discovered’ traditions of English folk and the blues of black America. Growing up back then, young Alistair adopted the English concertina and became immersed in the rich culture of older traditional players in his local Northumbrian region. Learning his trade from farm workers and shepherds, his technical virtuosity and enthusiasm spread the music’s influence around the country. Meanwhile, in Weston Super Mare, a school friend’s introduction to the music of Muddy Waters gave Ian A. the epiphany that led to a lifetime of playing the blues and folk, establishing folk clubs and founding the seminal Folk Roots magazine that, until last year’s sad demise, fuelled the UK’s acoustic music world. 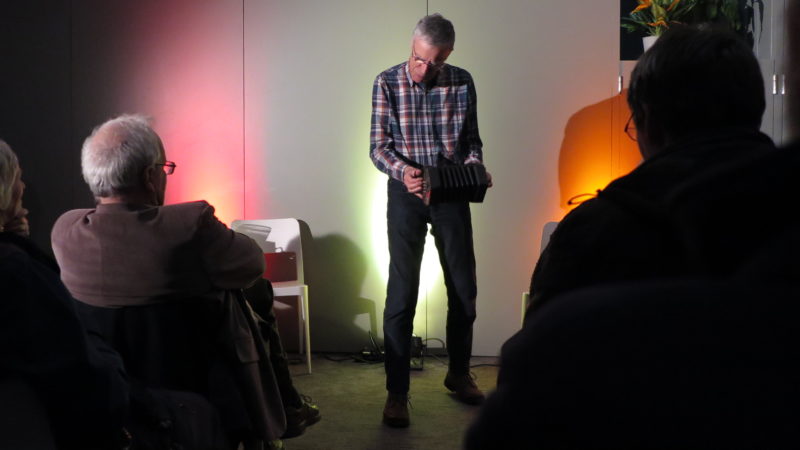 All this we learned during an evening that, like any good folk club, combined amiable digression with bursts of great music and clearly entertained a capacity audience whose collective maturity suggested that they, too, had followed that revival through the decades. Alistair’s solo set began proceedings with his lilting Winter Sunlight, a piece that instantly affirmed his long-standing reputation as the country’s premier concertina player. With dynamics enhanced by his distinctive waving of the instrument the lyrical melody was gently elaborated with flawless timing. It could only have been Alistair Anderson playing this music – one of a very few musicians to ever establish their individual voice on this fixed reed instrument. 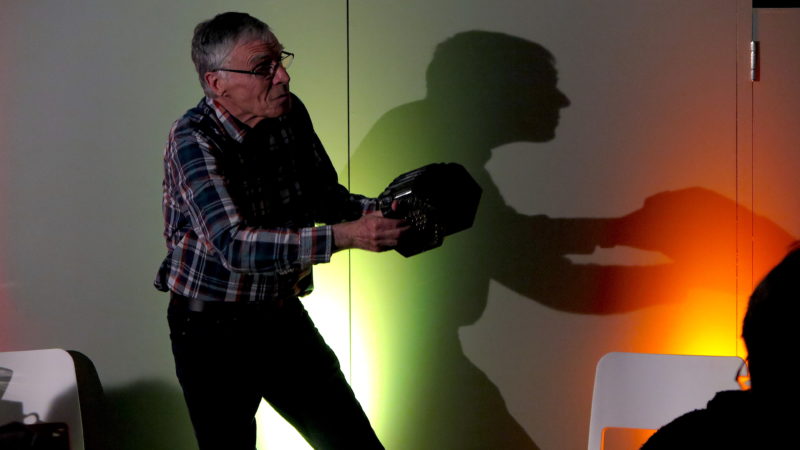 He continued with a fine mix of dazzling dance tunes and evocative ballads, each accompanied by a description of the place that inspired them or the musician that taught him. The stately grandeur of The Shining Stone, played on the Northumbrian pipes, conjured the bleak hillsides where his mentors – the shepherd trio Willy, Will and Joe – worked, but was nicely rounded off with a brisk jig interlude like running recklessly back down those hills. Most impressive for its originality, the Wild Geese suite was almost classical in its structures yet jazzy in the chord progressions and it demonstrated quite how widely his musical vocabulary spreads beyond the depth of traditional technique. The set rounded off with a blues collaboration with Ian featuring a nifty fingerpicking duet that promised more good things to come. 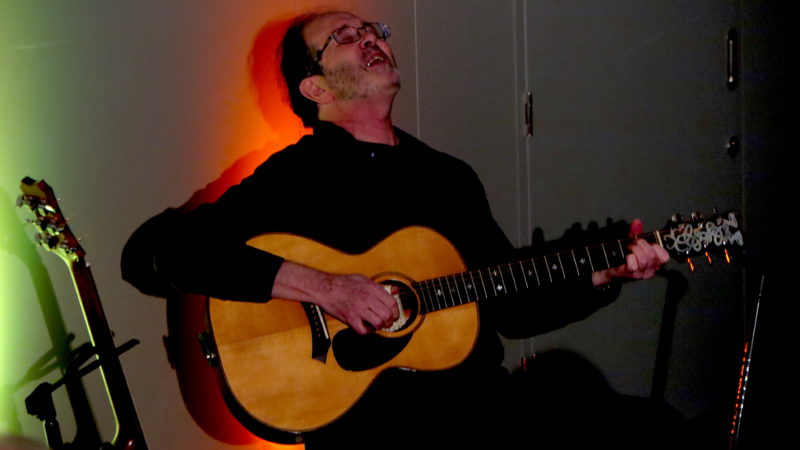 And good things they were, indeed, for anyone with a memory of The Troubadour folk club that Ian established in what he himself dubbed Clifton Village. Flanked by the obligatory brace of acoustic guitars he ran through a set that encompassed the whole range of 70s folk and blues, from Muddy Waters’ I Can’t Be Satisfied to the 18th century ballad of Lord Allendale, recorded by Shirley Collins’, via an excellent cover of Bob Dylan’s One Too Many Mornings and a self-penned ‘psych folk’ song inspired by a forgotten science fiction novel from the time. 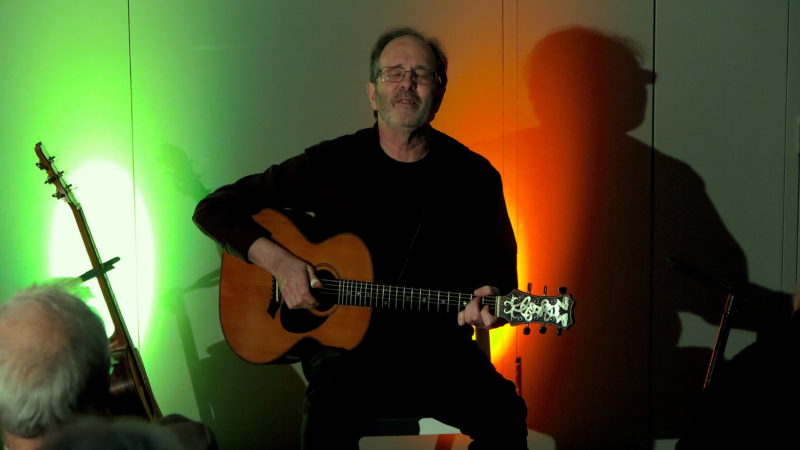 It was all delivered with typically unhurried aplomb, punctuated by anecdotes that name checked Angela Carter, William Cobbett, Ralph Vaughan Williams and Shirley Collins herself. She it was, apparently, that advised him not to fake an American accent for singing the blues – an important choice at the time and an early understanding of the problems of cultural appropriation. All these digressions were, of course, needed to cover the inevitable retuning of guitars necessary for such carefully composed finger style arrangements, most notable on the Dylan song which gained a rich acoustic tapestry and a melodic vocal touch that set it far apart from the rough-hewn original. 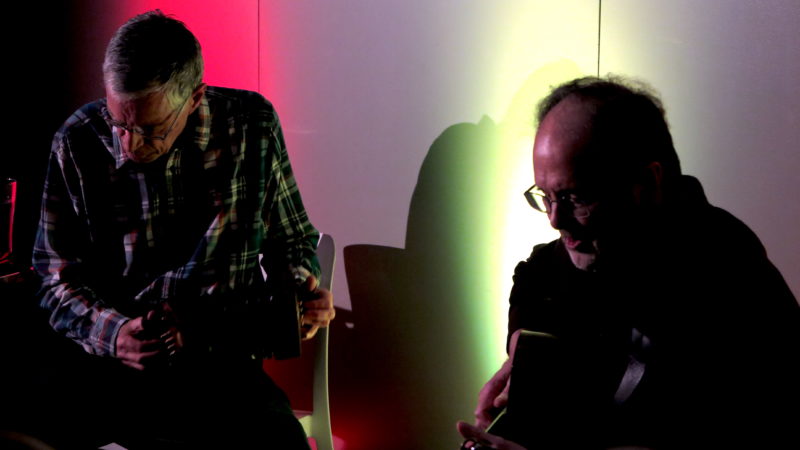 And then, finally, the not-twins came together for a version of traditional reel Speed The Plow ‘played at Southern speed’ that recalled Ian’s time in the great folk-rock band Tiger Moth with melodeon wizz Rod Stradling. This arrangement for slide guitar and concertina was brilliantly versatile, setting up contrasting moods and shifting into minor modes with the careful calculation of a Penguin Cafe Orchestra piece. Like the encores that followed it basked in the easy glow of two relaxed and accomplished performers enjoying themselves celebrating music they had spent half a century keeping fresh for the future.