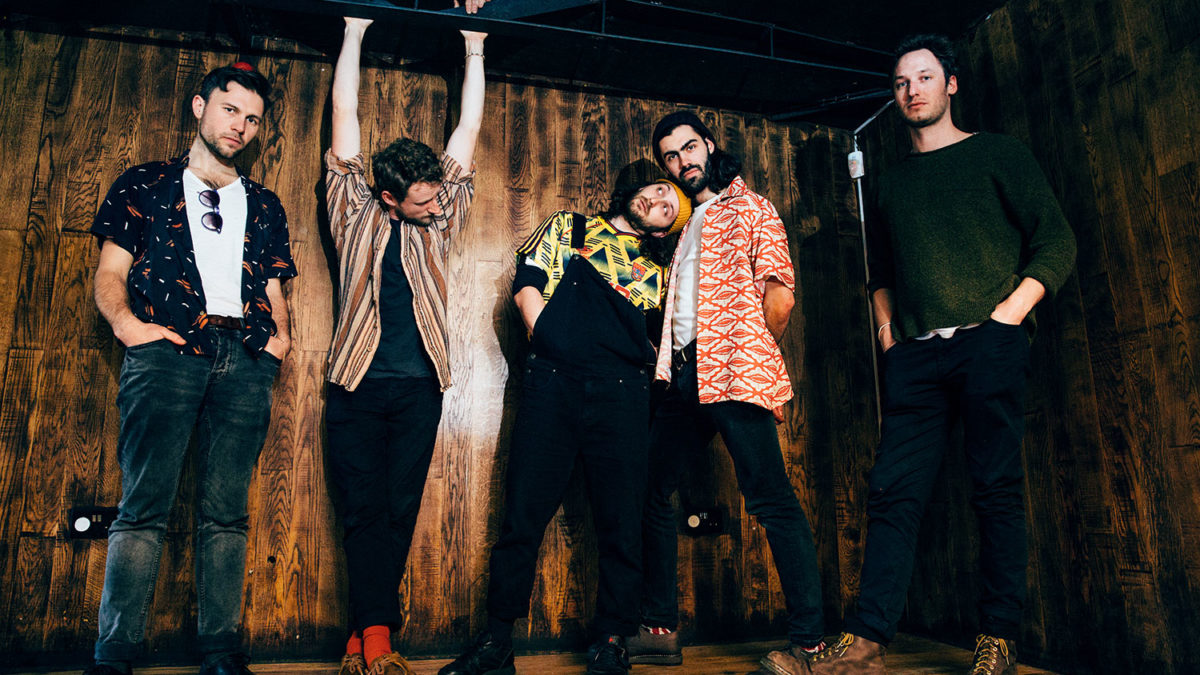 After a break from the music scene and gigging, like a phoenix rising from the ashes, Goan Dogs played their first show on home soil for two years. The reception was bold and they were more than prepared to stun the crowd with an arsenal of new material. Naturally the show was a sell out as fans and local musos alike queued up the stairs to catch a glimpse of the surf rock quintet who have been on an unofficial hiatus.

Pocket Sun have quickly become my new favourite band, since their EP landed on planet Earth last May, I’ve been infatuated with their woozy synth progressions and celestial harmonies. Their songs ooze a tropical quality, complete with fizzy riffs and slick bass hooks and a touch of nostalgia. The show stealer of the night was Gina’s EWI, switching from guitar and vocals to perform prog driven licks on the EWI. It was soaking in that late ‘70s Supertramp energy and provided raspy hilarity. Pocket Sun are ones to watch for sure.

Snaking their way through the crowd to get on stage accompanied by a roaring applause, Goan Dogs all take their places on stage for the first time in two years. Despite the longevity, they were seemingly unphased and all seemed pretty comfortable to be back doing what they do best. Opener ‘Passing Through’ was delivered was bashful and in your face, surfy slacker riffs which lay the foundations for twinkly key sections.

Vocalist Luke had airs of theatricality to his deliverance, often swaying back and forth with a Madchester-like gait. His voice had a gruff and laidback quality which gave me serious Damon Albarn meets Bob Dylan vibes. They were all incredibly pleased and happy to be back playing shows and this shone through with their camaraderie, with Luke assuring himself (and the crowd) “I’m not too old for this” after 10 years on the circuit.

Goan Dogs aren’t your traditional guitar fronted band, to begin with two out of the three guitarists were left handed, an almost unheard of trait.  Secondly, their ability to contort and sculpt an unconventional structure kept my interest throughout. The keys added a glistening and glitchy quality whilst the four part harmonies elevated their tunes into another dimension. It kept my interest throughout and I was pleasantly surprised. They’re not your average all male fronted BS1 pastiche.

“This is so much fun, I don’t know why we haven’t been doing it for two years” Luke gleefully announced. Teasing with new material they’ve been hoarding, ‘Shut Up’ was an exquisite demonstration of everyone’s vocal abilities. Lyrically, I couldn’t help but feel that the references were a little juvenile, they reek of coming-of-age themes such as hotboxing a car and romance (‘my phone says that she’s read my message, it’s alright no reply’). Whilst these are common things to take inspiration from, they didn’t translate as anything masterful, if anything a little cringy and one dimensional. Take Arctic Monkeys’ stunning ‘Cornerstone’ or ‘Something Changed’ by Pulp.

Goan Dogs’ bend the framework of what it means to be in a guitar driven indie-pop group. I look forward to many more of their shows and their flourishing future now that they are back on the circuit.