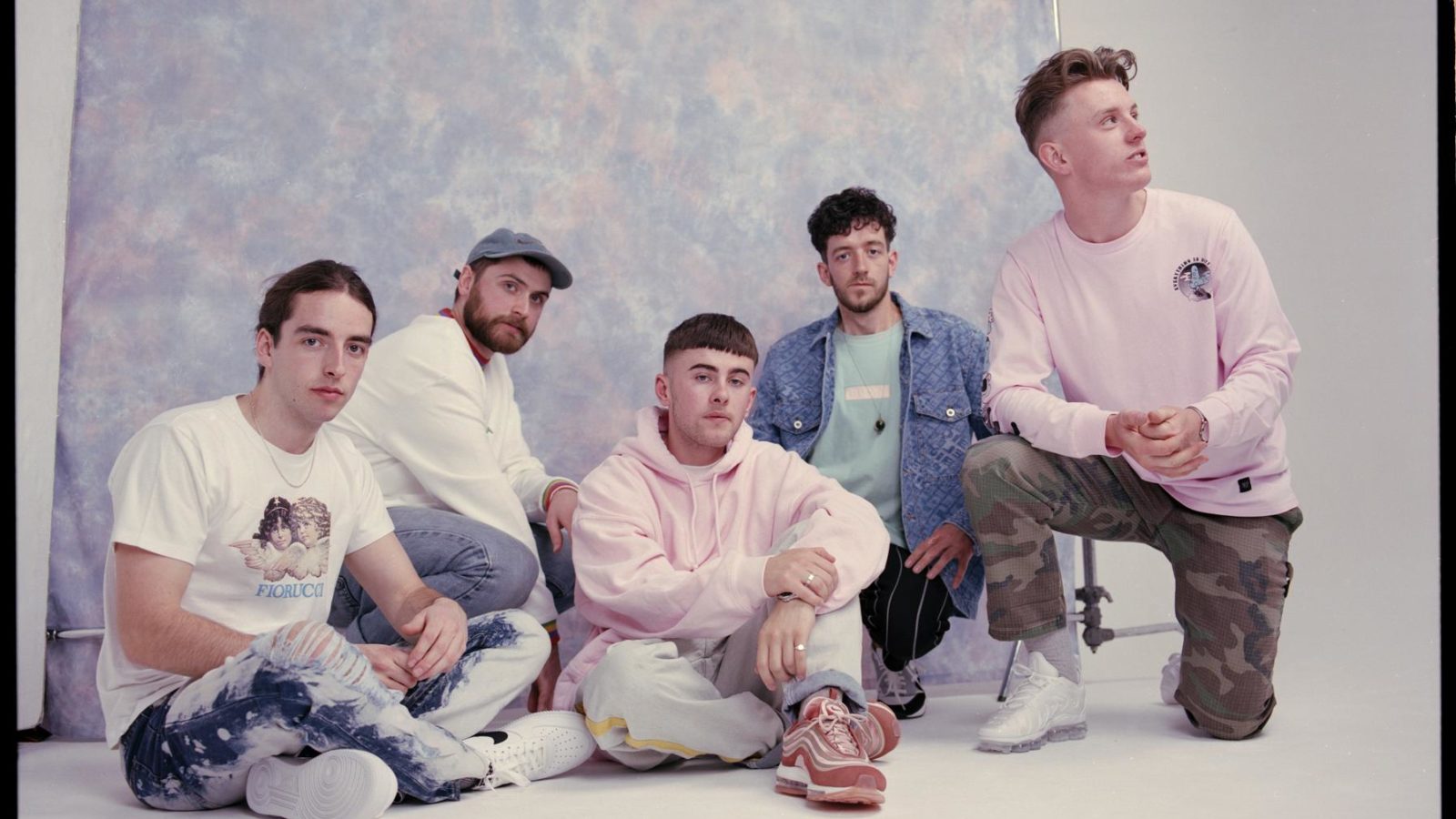 Easy Life are a globe-trotting quintet, born & bred in The Midlands, that are rapidly acquiring an unstoppable reputation for creative optimism, transatlantic hip-hop storytelling and expressing honesty about the ecological crisis.  The Leicester collective arrived on the alternative-indie scene in 2018 with their debut mixtape Creative Habits and its lead track ‘Pockets’ – a genre bending anthem that would start the word-of-mouth hype surrounding them. Since then, Easy Life have released their Indie-Jazz infused intergalactic mixtape Spaceships, performed at the illustrious Coachella festival and been nominated for BBC’s Sound of Music for 2020.

The DIY Rough Trade performance room was filled from front to back with easy listeners, all with a sealed anticipation to hear the new Easy Life mixtape offerings. Lead vocalist Murray Matravers dressed appropriately to promote the current aesthetic of their latest release; he rocked a hot-dog costume and vocalised his appreciation to everyone that had purchased their latest mixtape.

Matravers & Co. crash landed into the hearts of the crowd as they opened the show with ‘Earth’, an Easy Life classic that features a bleak confrontation with the ecological crisis. Despite the despondent theme, the room was filled with funky-indie synths, calming R&B vibes and passionate support vocals from the audience. ‘Sunday’ encapsulated pure easy-listening as Matravers combined with Sam Hewitt for a jazz-laden duet that saw the frontman showcase his trumpet prowess and Hewitt deliver well-polished harmonies on his saxophone.

The older mixtapes are clear firm-favourites with the crowd, as ‘Nice Guys’ and ‘OJLP’ are met with a ruckus of appreciation, with every lyric being sung in unison. Between almost every song Matravers thanked the audience for braving the winter elements to see the band perform, and most importantly for buying their latest mixtape. Easy Life also used this performance to showcase new music from their latest mixtape – with ‘Seven Magpies’, ‘Dead Celebrities’, ‘Sangria’ and ‘Spiders’ all making a welcomed appearance.  Each track gave the audience a glimpse into the band’s stateside experiences from their LA lifestyle adventures to inescapable feeling of homesickness in a new environment.

The new tracks feature relevant lyricism about the current state of affairs and showcased that Easy Life aren’t finished on their mission to produce tracks that psychologically and emotionally engage their ‘Easy Listeners’ congregation. After Matravers had previously teased the crowd with the announcement that ‘Nightmares’ would appear later in the set, the old-school fans received their wish.  The song was well-received with its chipper drum beat and uplifting jazz interludes – it would’ve been a crime had it not been performed that night.

Easy Life capped off their succinct promotional set with ‘Pockets’, a slow-moving listener filled with elusive provocation and an illustrious draw, that encapsulates the beginning of Easy Life’s creative pursuits.  The alt-indie quintet stuck around after the show in a respective salute to their ‘Easy Listeners’, as they signed mixtapes, posed for endearing selfies and reaped the complements from their Rough Trade performance.