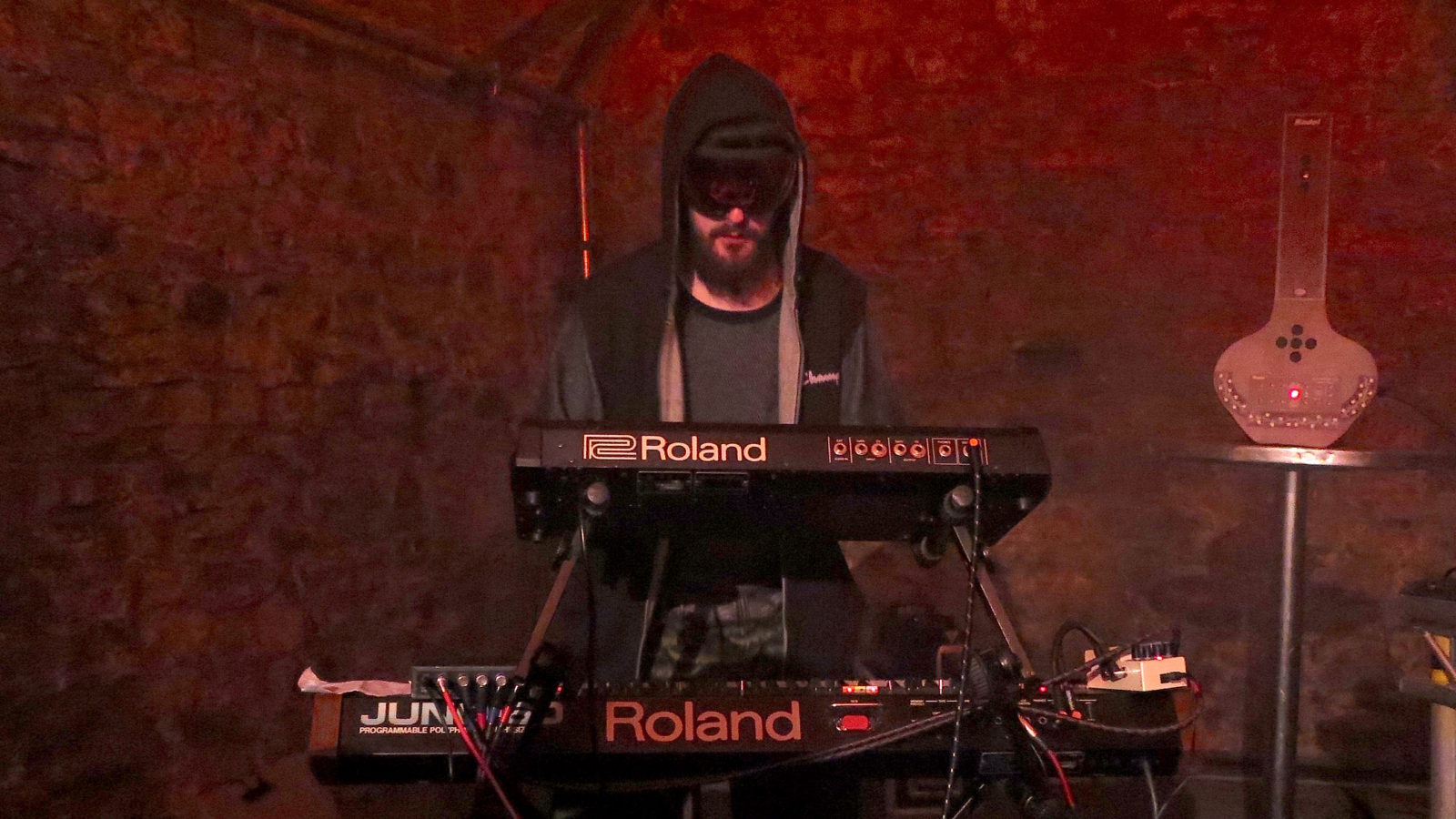 Friday the thirteenth, indeed, complete with chilling rain. The late-shuffling crowd that slowly assembled in Loco Klub was clearly in need of diversion from that morning’s grim reality and god bless Worm Disco Club for laying on what turned out to be a splendidly upbeat jazz dance party. The subterranean venue helped, with its Carnyvillian atmosphere of a long-abandoned circus backstage, and the sheer solidarity of the crowd that filled the two tunnels and wrung the last drops out of the two live acts. But mostly it was the music itself that radiated a positivity badly needed on the day. 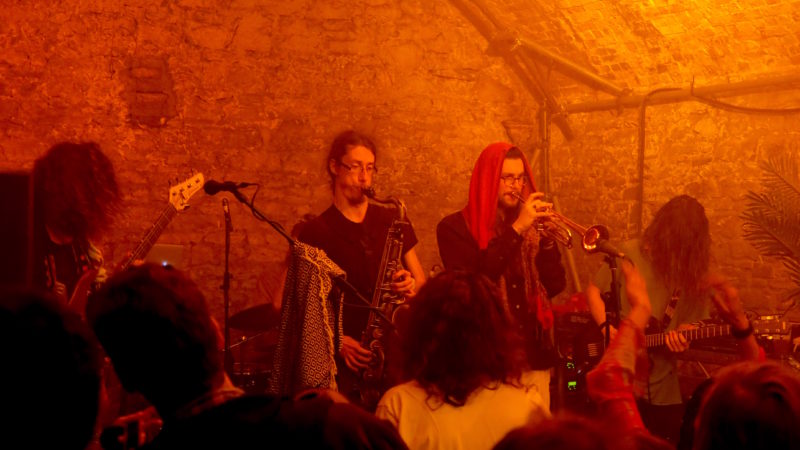 If the name Cykada suggests buzzing insects at sunset the reality of the 6-piece band’s sound was quickly established as a full-on blast of heavy rock infused jazz. The opener’s Can-like insistency of bass and drums drove through a sequence of prog-like mood shifts, with snappy brass riffs and metallic guitar topped by Tilé Gigichi-Lipere’s cosmic synth squawks. Javi Pérez’ psychedelic guitar was even more to the fore in Ophelia’s Message, raging against a neo-Balkan melody from James Mollison’s sax and Axel Kaner-Lindstrom’s trumpet. 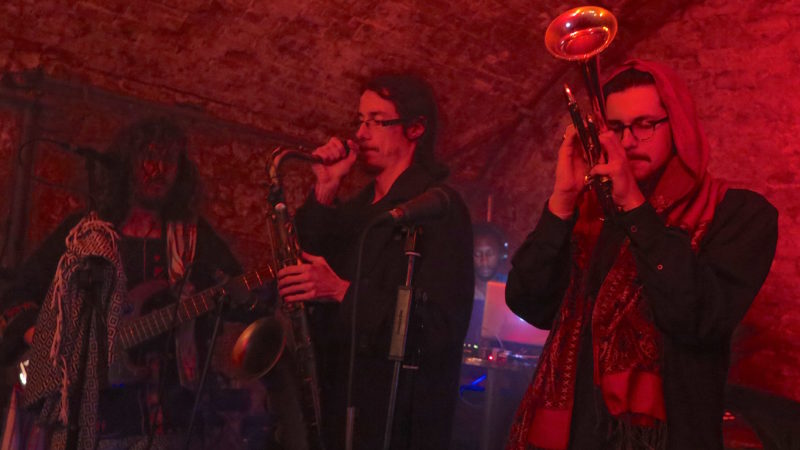 For all the frenzy onstage (and the luxuriantly maned duo of Perez and bass player Jamie Benzies moved throughout like refugees from a left field metal band) the music had a compact efficiency, balancing disciplined phrases and riffs with furious maelstroms that parted, like the Red Sea, to let shimmering solos develop. There was a particularly eloquent hard bop sax solo in one tune that adroitly rode its slippery Ethiobeat groove until, once again an abrupt gear change took things in another direction. It worked best if you just agreed to be led by the band’s own sense of direction, trusting them to navigate shifts and switches like a speeding roller coaster in a dark tunnel. Elements of dub and drum and bass, Afro-Latin and sci-fi electronica all came and went, each deployed with impeccable (if sometimes obscure) logic. 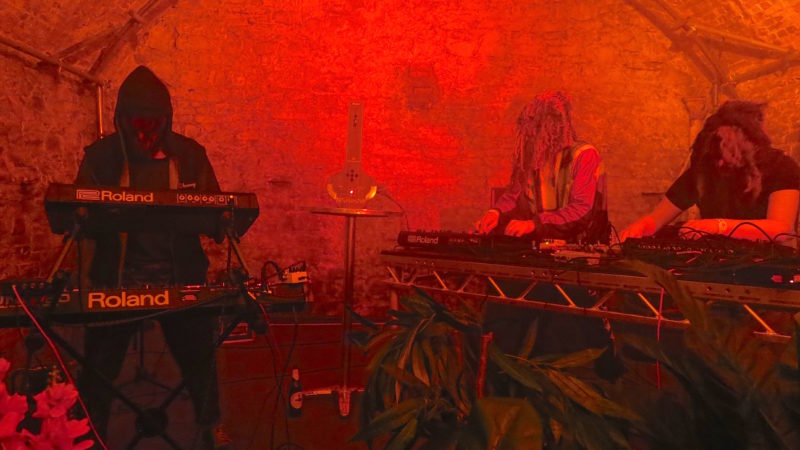 Any luxurious manes in Cykada’s front line were instantly eclipsed once Danalogue & Friends appeared, however, with the two Friends’ faces completely shrouded in a shaggy heap of dreadlocks that cast them as Cousin It’s crustiest relations.  They might have been the Acid Wrecking Crew’s Mikey Chestnutt and Jordan Parry, past collaborators with Danalogue, but you’d never know. 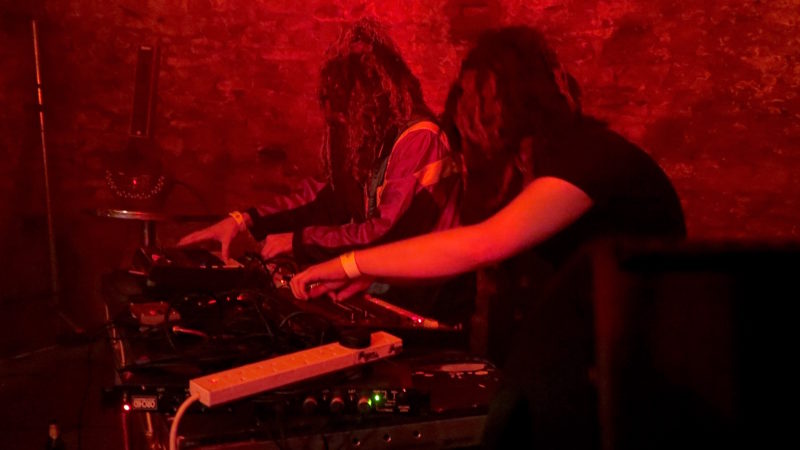 The The Comet Is Coming synth deployer himself chose a lighter disguise of hood and goggles which still left him pretty recognisable and let him do the expected ‘Bristol, are you having a good time!’ thing. Frankly, we were, and the instantly accessible wall of synth sound that the trio generated promised an even better one to come. The project was to recreate the remarkable 80s album Ten Ragas To A Disco Beat created by Indian Bollywood musician Charanjit Singh, a pioneering deployment of electronics to fuse Western four-to-the-floor beats with the fluid evolution of Indian classical improvisation. The results, as captured by Danalogue & Friends, evoked a kind of Kalkota Kraftwerk, with the distinctive pitch swerves of sitar and veena weaving through the rigid strictures of a disco-meets-house rhythm with echoes of Giorgio Moroder. 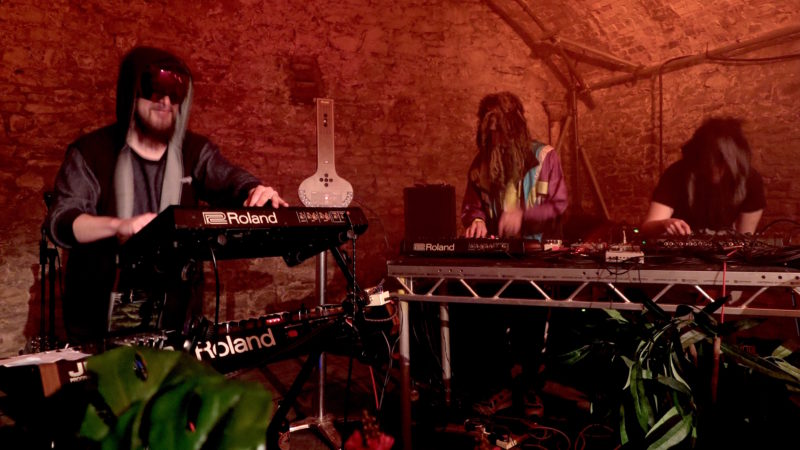 There is always a thrill to be got when electronic music is realised live, and the authenticity of Danalogue’s reading of Charanjit Singh’s original conception was undeniable. Looping phrases and shifting textures slipped by as new threads of synth sound came and went and beats merged and built. The three musicians kept a constant supply of sonic ideas, making the most of the synth repertoire to create atmospheric shifts, with Danalogue providing fluid raga-style elaborations of the melodic element. It was strangely timeless – it could have come from the late 60s, mid 80s, or late 90s- yet it still had a freshness. Above all it had a compelling dance energy that filled Loco Klub’s tunnel with folk happy to bounce away from Friday the thirteenth in hope of better days to come.