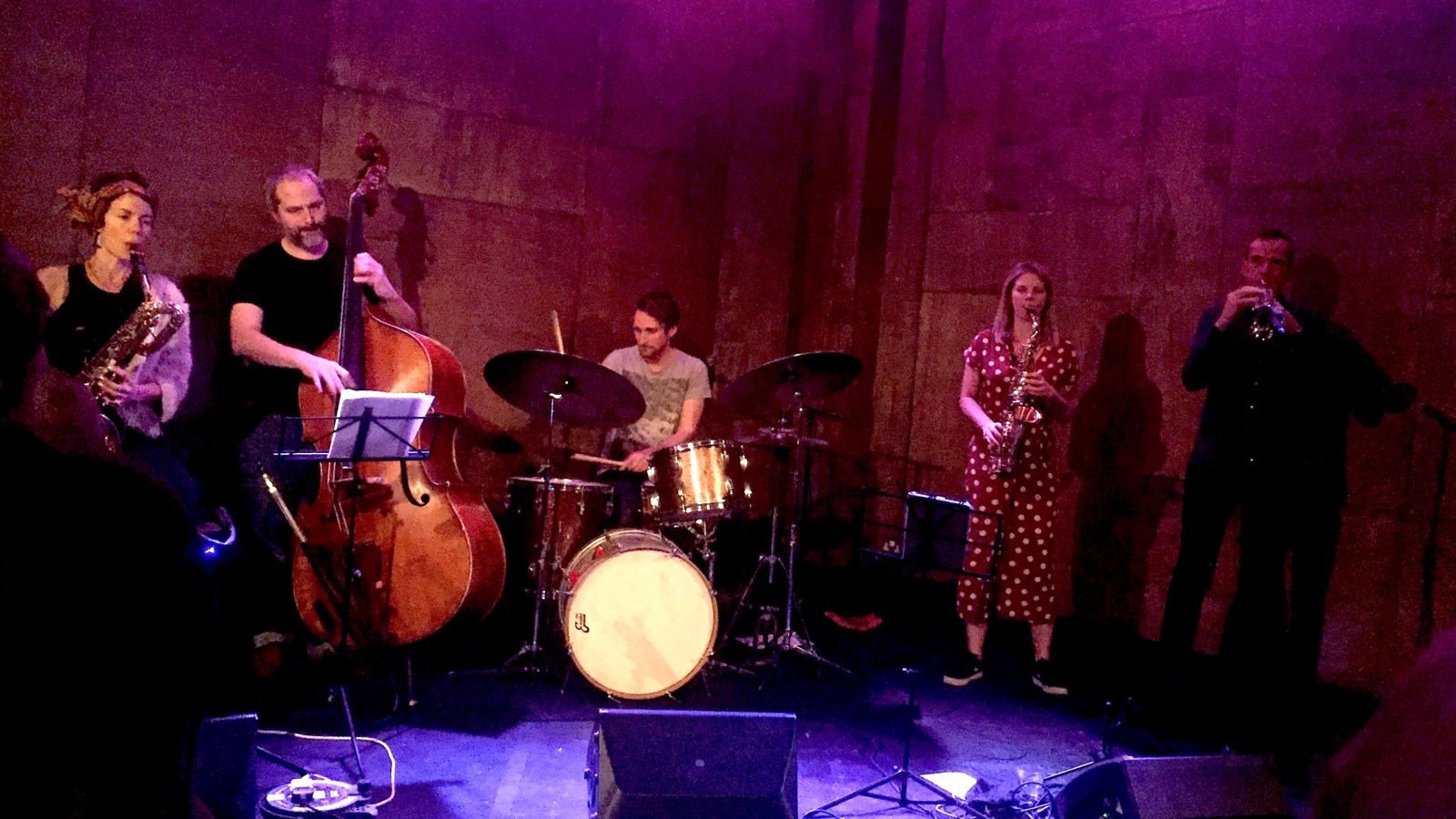 When the Wardrobe is packed it can feel hard to breathe sometimes, but for this pairing of distinctive musical projects it was often the sheer quality of the music that was breath-taking. Both Dakhla Brass and Spindle Ensemble are from the Bristol scene and both are primarily acoustic instrumental ensembles playing original self-composed music. But while you might categorise the former as ‘jazz’ and the latter as ‘contemporary classical’ neither fits comfortably in those pigeonholes and you could put both together in another labelled ‘quality originals’ and leave it at that. 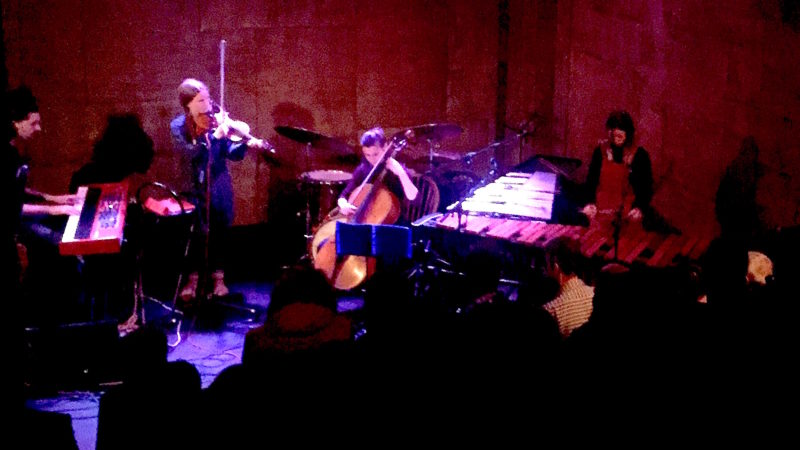 For many in the audience it was their first encounter with Spindle Ensemble, a four-piece led by composer Daniel Inzani on accordion, piano and harp with Caelia Lunniss’ violin and Jo Silverston’s cello squeezed in beside the spacious array of Harriet Riley’s vibraphone and marimba. While it plays by classical rules, with strong flavours of Ravel, Debussy and Satie, their music also conjures a wide range of references with rolling marimba echoing African traditions, vibraphone recalling Indonesian gamelan, swooning cello and violin hinting at Argentinian milonga tangos.

There was a structural minimalism behind the melodies, rhythmic and harmonic loops carefully shaped for atmospheric effect, and in some pieces a filmic narrative of shifting sections and abrupt dynamics. It could have sounded over-clever or disjointed but it rarely did, the perfectly performed pieces fitting together like a decorous jigsaw puzzle with everything nicely in place on tunes like the simmering Panic Amongst The Dragonflies or scampering Once A Squirrel. It was music that could sit easily on both the fringes of Radio 3 and a playlist on 6Music and it already has. 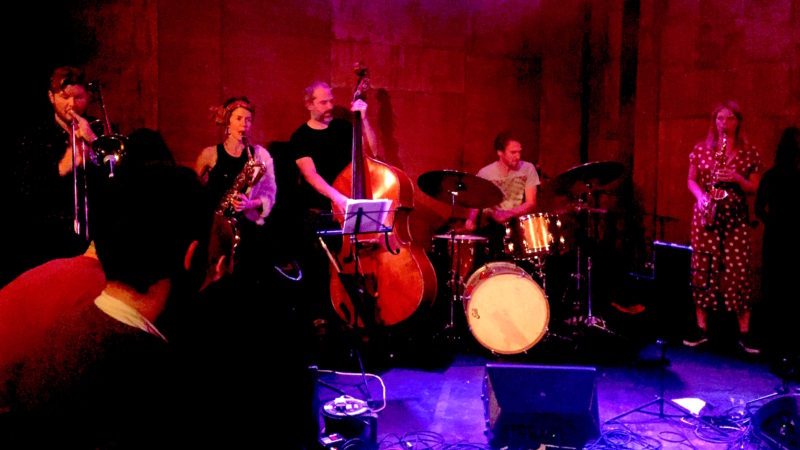 It’s now seven years since the first quartet version of Dakhla Brass unleashed their unique drum’n’brass sound on a tantalisingly short EP In The Land of Milk and Honey . Since then they’ve changed and grown both in line-up and musicianship and latest album Murmur, launched at this gig, opens with a double bass groove, announcing new arrival Riaan Vosloo.  The majority of their tunes are written by primary composer Charlotte Ostafew but drummer Matt Brown also contributes two and the pair collaborate on a third. As a sextet with four brass voices they have a wide palette at their compositional disposal, resulting often in a triple thread of sound: perhaps Charlotte’s baritone sax and Liam Treasure’s trombone might churn an insistent bass riff while something busily melodic happens from Sophie Stockham’s alto and Pete Judge’s trumpet and Riaan and Matt go a bit wild, then the rhythm section holds it together as baritone and trombone swap soloing over brass chords.

It’s a winning formula that tempers quite detailed composition with opportunities for jazz spontaneity. Lotus, for instance uses the disjuncture between a boogying riff and a slightly discordant melody to set up the disruption of a full jazz blowout with first Sophie and then the others liberating the theme like a classic New Orleans rag. Insomnia Sonia, contrastingly, moved through clear phases as initial angry chaos settled into an almost Ellingtonian smoothness of brass chorale with a lyrical trombone solo that subsided, finally, into sleep. The classic brass band intro to Heartache & Loneliness was a reassurance that Dakhla Brass aren’t forgetting their original inspirations, the 7-beat exposition leading nicely into the snappier four-time Quicksand’s cop theme vibe, and the one ‘oldie’, 2013’s Fludde, gained added punch from Riaan’s hard-nosed bass.

There was no doubt the audience loved it all and the new album clearly represents another watershed in the evolution of this highly original project. The new line-up gives considerable power to the sound and allows more complex weaving of sound but also raises the possibility of using trios and duos within the band to create more contrasting sound textures, suggesting further explorations to be had as the band continues their idiosyncratic evolution.