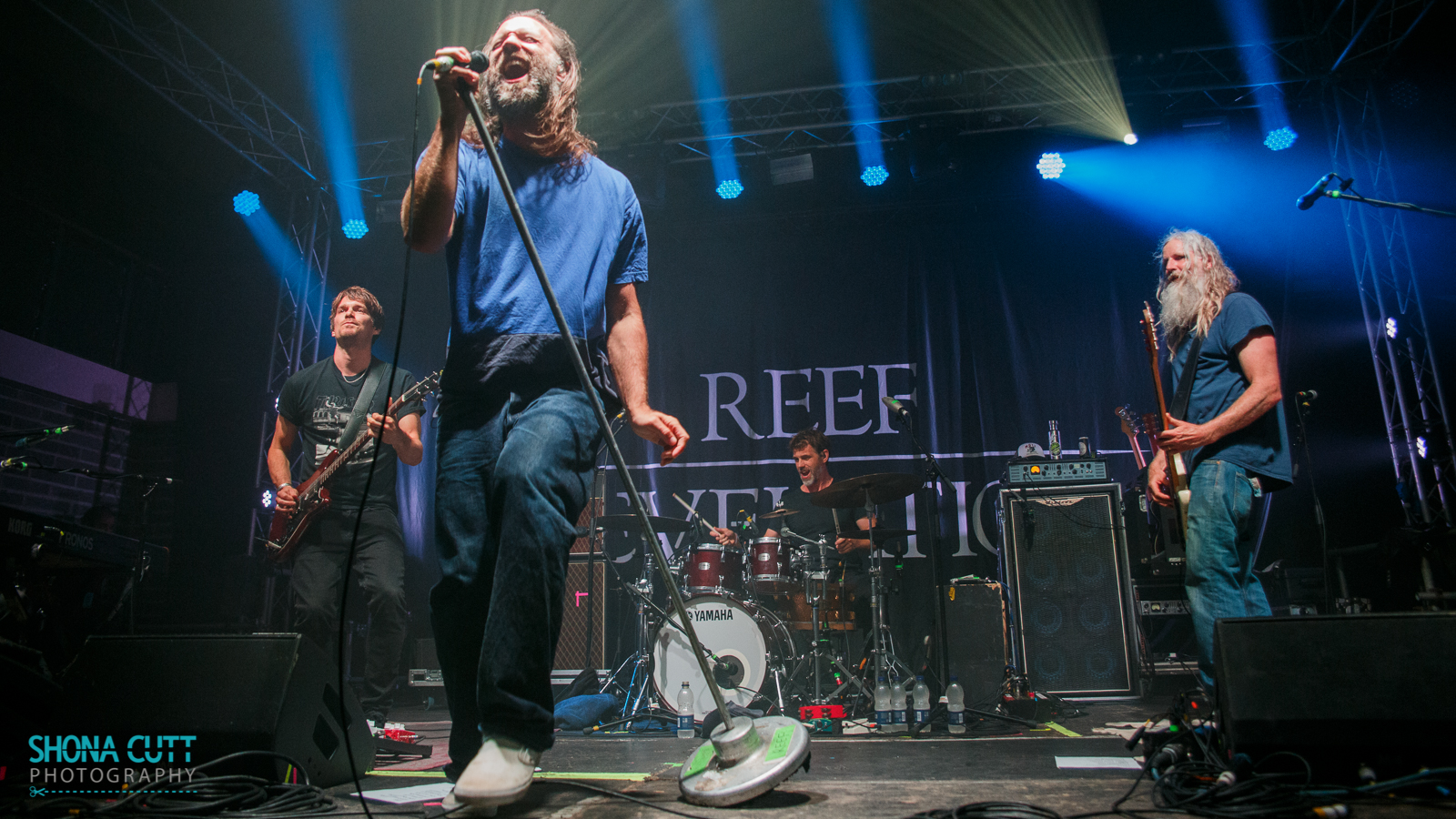 Your correspondent grew up on Marvel comics and can still remember the mind blowing pleasure of discovering his favourite heroes teaming up to fight wrong ‘uns and save the world. That moment of unadulterated delight returned when it was announced that Reef, Terrorvision and the Wildhearts were uniting on the Britrock Must Be Destroyed tour. Said tour sold out rapidly across this green and pleasant land with the Bristol date being upgraded to Motion and that too coming close to a sell out on the day. 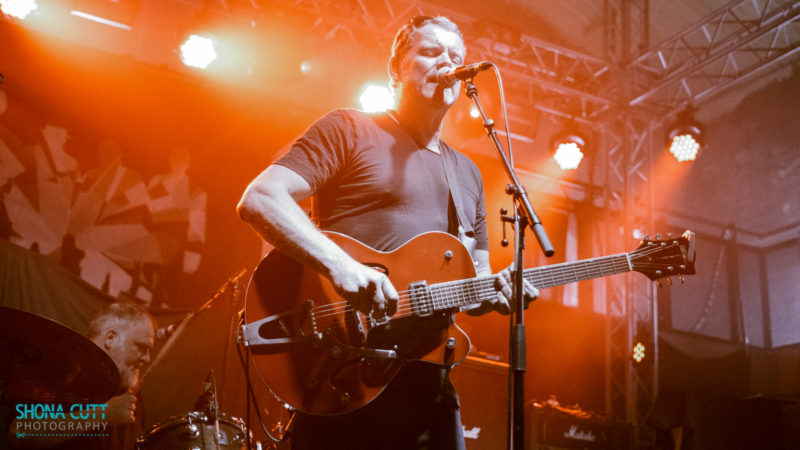 The headliners have been rotating for each show with Dodgy as the nominal support band and they opened proceedings at a ridiculously early half past seventeen o’clock. Something of an odd choice on paper, as the band certainly don’t share the punk / metal / classic rock sensibilities of the headliners, being more of a power pop / sixties RnB (as in the early ‘orrible ‘oo RnB) mash up. But there were plenty of people in the room when the band opened proceedings with You Give Drugs a Bad Name. 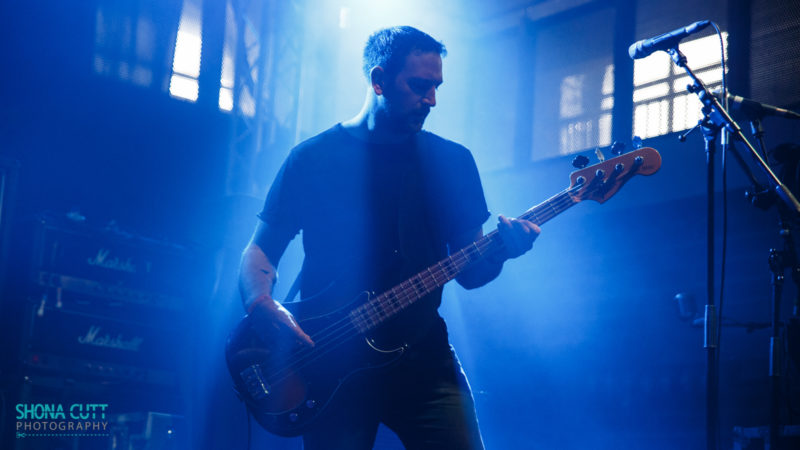 The band crammed in seven tunes and in a bravura move didn’t just rely on their hits. This proved a gamble, for instance they chose to follow killer earworm Staying Out for the Summer with new cut California Gold, but the gamble paid off. The former song got the crowd moving and singing but the latter song was strong enough to keep the crowd engaged and showed they’ve lost none of their chops. 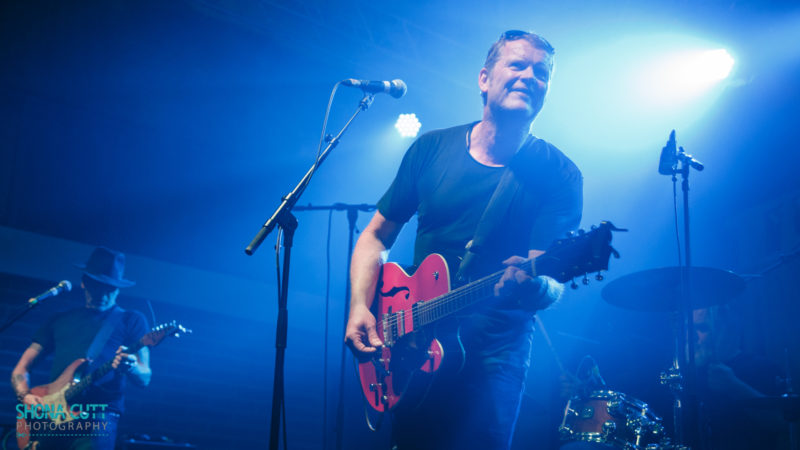 The four piece were muscular without losing any of their finesse and the harmonies were all intact, gorgeously intact in fact. Andy Miller drove the songs with hefty rifts and also splashed mercurial solos across the tunes, giving the set some weight and presaging the thunder to follow. New tune Never Stop was dedicated to those engaged in resisting the Brexit clusterfuck and was followed by the evergreen Good Enough, old and new once again blending seamlessly to close the set. 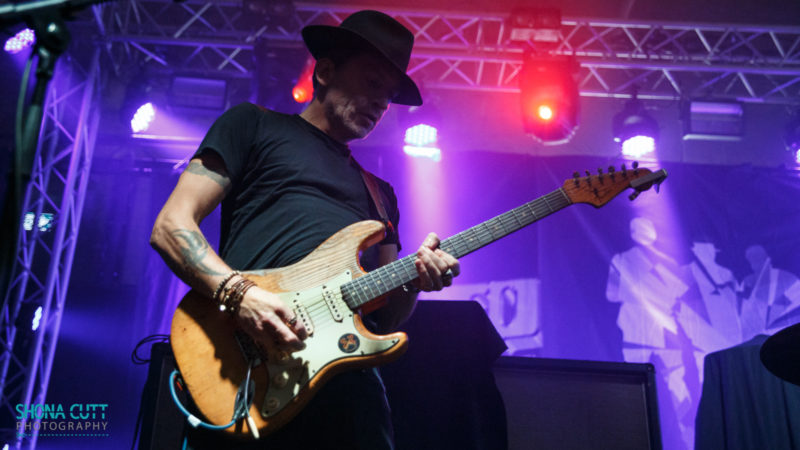 An all too brief set for many, Dodgy proved they’re still capable of creating new music the match of the material from their glory days and will no doubt be seeing new faces at their own shows after this run and hopefully both they and the original fans will be picking up the new(ish) recordings. 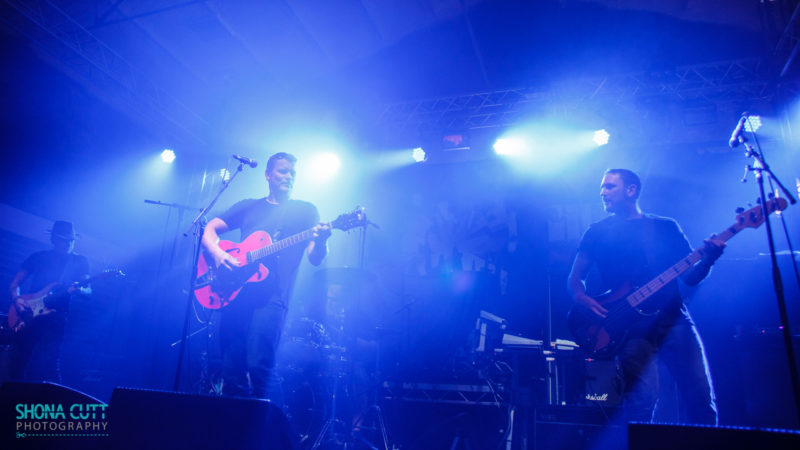 The glorious thing about Terrorvision front man Tony Wright is that he does not give a fuck. He does not give a fuck about posturing, rock star clichés or ego stroking. What he gives a fuck about is throwing himself (often literally) in to delivering a full on non-stop consummate demonstration of how to front a funk metal pop band. The man did not stop: dancing, winding up his band, cheerleading, dancing; leading the singalongs and all the while totally nailing the vocals. And dancing. 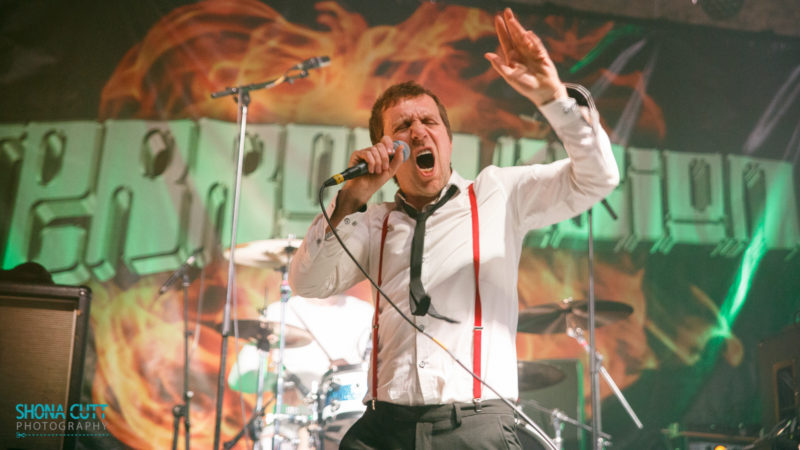 The band elected to mix a greatest hits set with a few deeper cuts and played them with passion, power and joy; clearly revelling in the ecstatic response from the crowd. 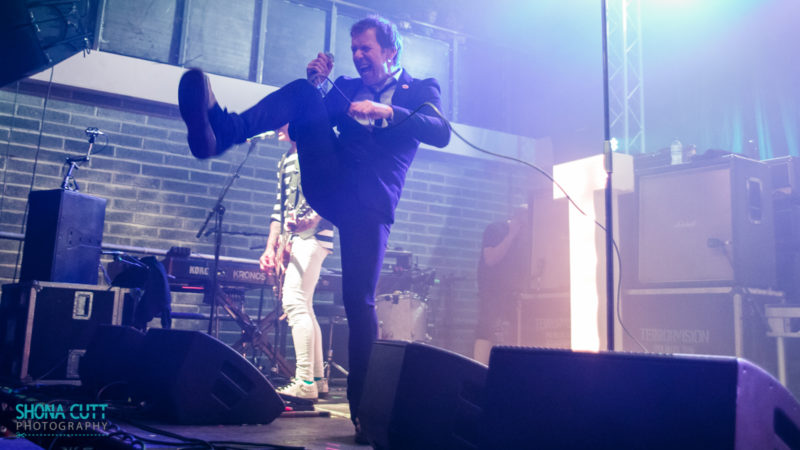 The tunes played really were cleverly constructed: quirky yet engaging lyrics delivered with pop nous (virtually every tune built around irresistible choruses) and it would be impossible and churlish to select highlights. But… 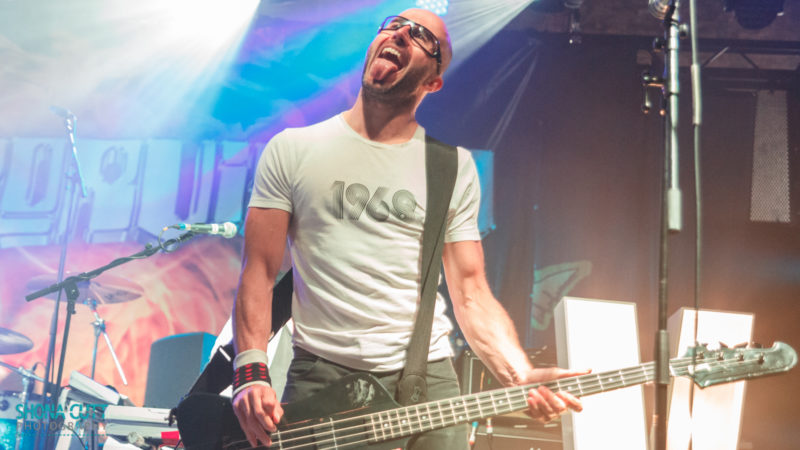 Opener Discotheque Wreck was brutally beautiful, it’s remorseless yet danceable riff punishing on the ankles; D’Ya Wanna Go Faster’s rave metal  was even more punishing whilst Pretend Best Friend proved the case for Wright as the world’s best rap metal vocalist (party over here, fuck you Limp Bizkit over there). The slower cuts were an opportunity for both solicited and unsolicited singalongs the crowd and band as one throughout. 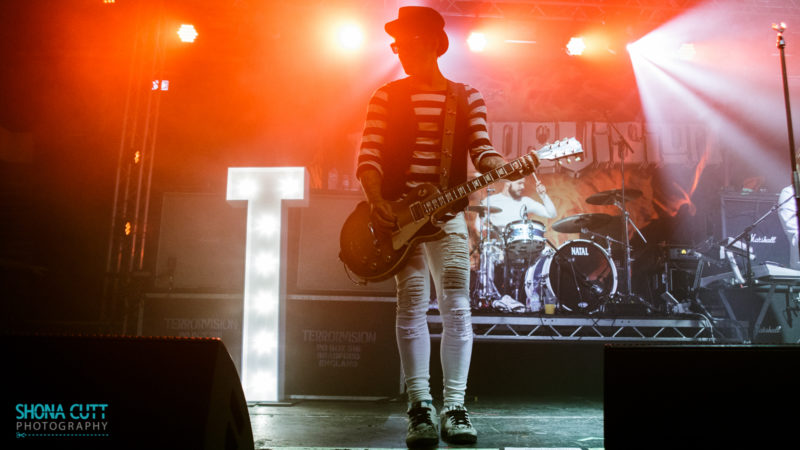 That said Josephine was probably the truly transcendent moment, not only a gorgeous gem of a song but a reminder that whilst press and the public at large were enthralled by bands singing about champagne supernovas in a house (a very big house) in the country, Terrorvision were writing joyful paeans to transgender love affairs. Oblivion closed a set that felt like a headline set, a set that left us knackered, hoarse and sweating like Theresa May every time Boris opens his big fat gob. 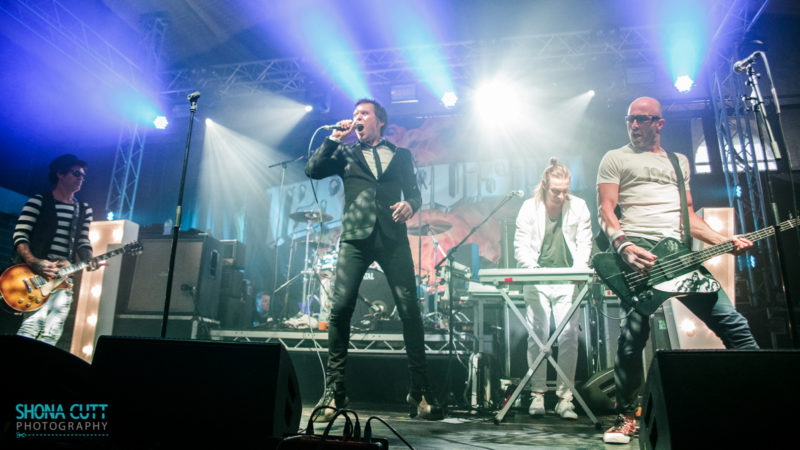 Any set by The Wildhearts is arguably about the songs and the audience, because there is probably no extant band that engenders so much devotion (albeit fiery and volatile – check out the various FB groups for all the fun of the numerous schisms and twists n turns in the extended Wildhearts family) and that devotion is built on an enviable collection of beloved songs. 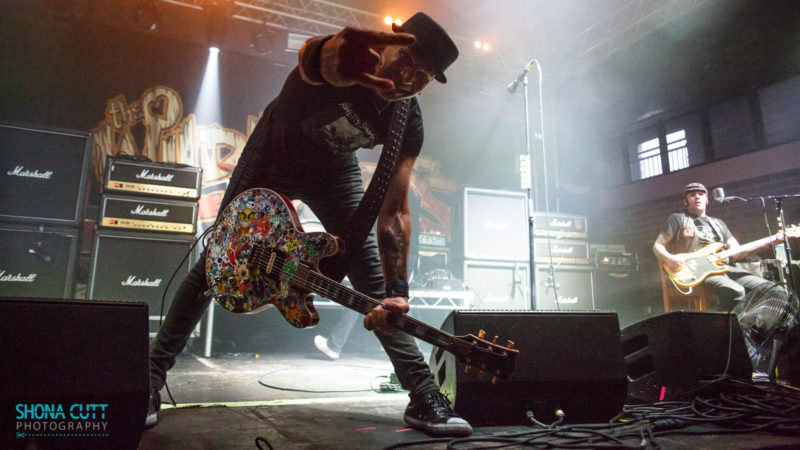 The room was packed for Terrorvision, but somehow even more bodies squeezed in for the Wildhearts. The pit was raucous and rambunctious for Terrorvision and yet it was bat-shit crazy for The Wildhearts, every song greeted with rapture, every word hollered back at the stage and no opportunity to pogo missed. 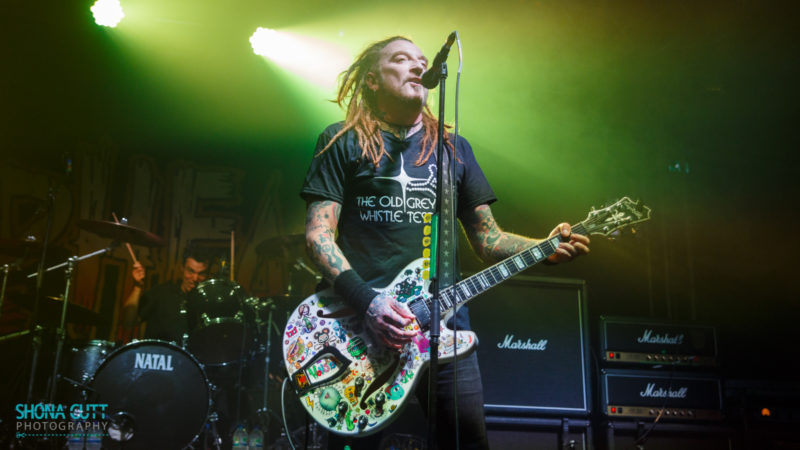 And mentioning the pit, note to the Motion management team: have any of you ever tried getting on the good foot on a floor awash with crushed booze cans? Hands up anyone else who nearly went flat on their arse when skidding on a squashed Somersby tin… 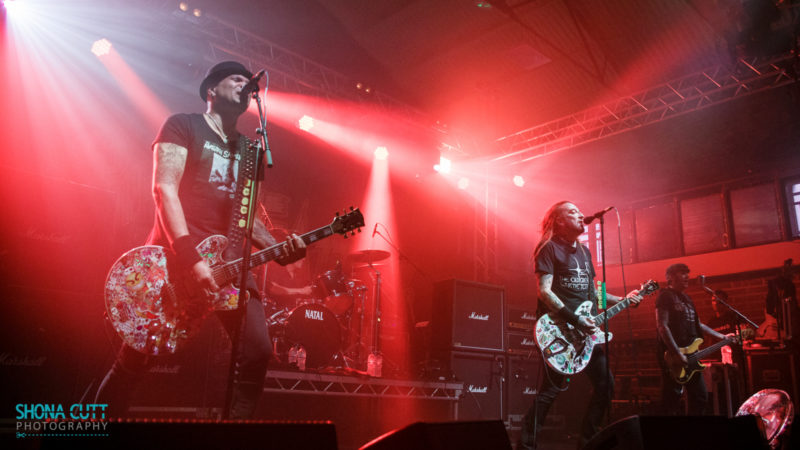 Much like Terrorvision, the immaculate selection of tunes precludes picking out favourites or highlights but here are some observations. Anyone who didn’t pogo like a bastard throughout Nita Nitro should have been at home with a Sudoku puzzle and a cup of cocoa. The band were bastards for following Suckerpunch with Caffeine Bomb, it was devastating in the pit. Sick of Drugs, TV Tan and My Baby is a Headfuck were an absolutely faultless opening trio – the solos in the latter were off the scale. 29 x the Pain has been acknowledged by the Rock n Roll Hall of Fame, the Grammies and the Brits as the best song ever about the joys of being a music fan. Fact (in an ideal world). 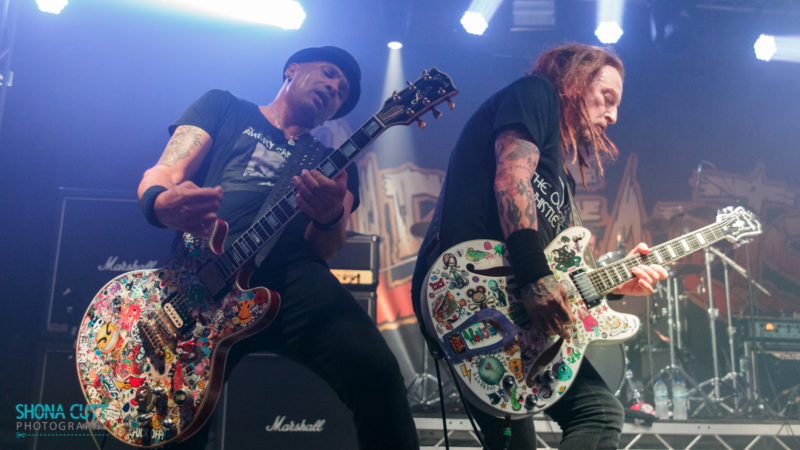 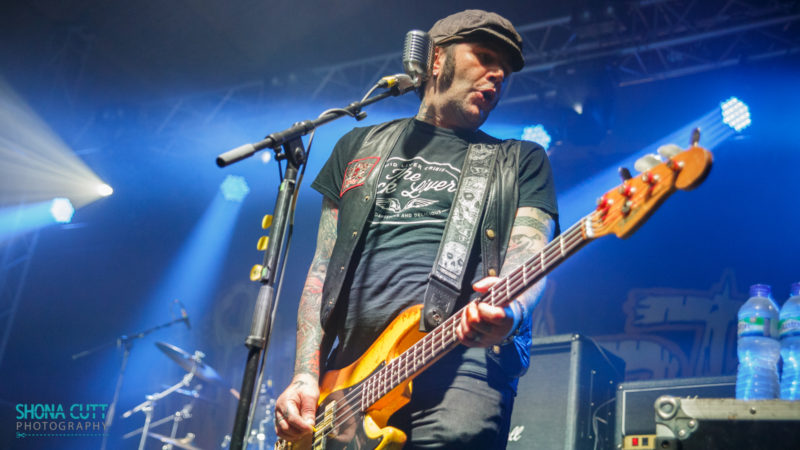 Unfortunately writing songs that combine massive riffs, punk energy and choruses that Ulvaeus, & Andersson would covet is frowned upon by the gatekeepers of fashion, and the fella will never get his just desserts from the fashion police. But so what. On any given night the band will play selections from that catalogue with evident pleasure and provide sheer unalloyed joy for their audience. 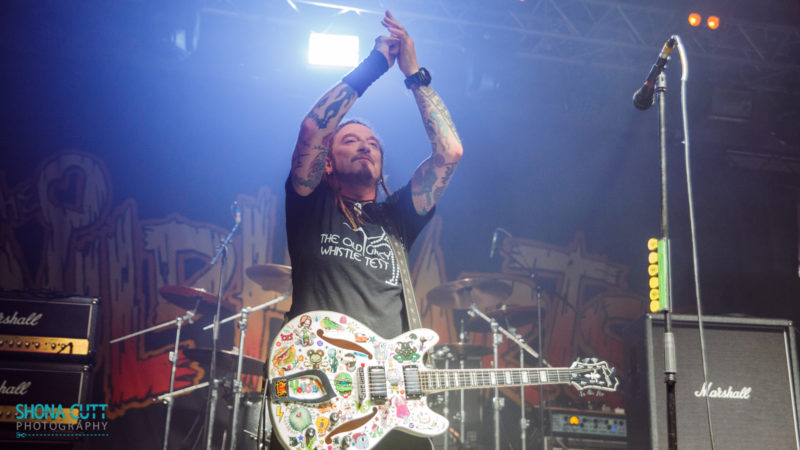 I Wanna Go Where the People Go closed the set in triumph, leaving the crowd more than sated, and a crowd that had now spent nigh on three hours singing and dancing with reckless abandon but still had the pleasures of Reef to close the night. 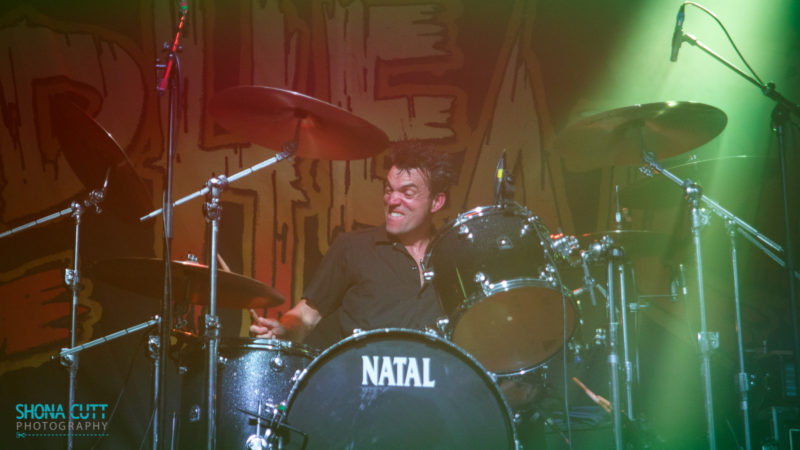 Curiously the evening had started with a fella telling all within earshot that he would be buggering off before Reef took to the stage as “They were more of a Britpop band…” Clearly the words of someone who has never witnessed the frankly awesome power of the band on stage – much is made of their alleged debt to Free but they were channelling Zeppelin too in several of their songs. 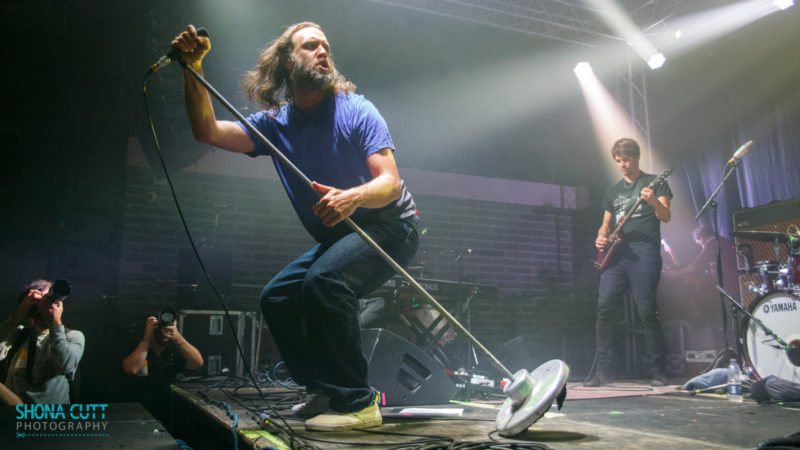 Unlike Terrorvision and The Wildhearts, they have a new platter on the shelves and they slotted four tunes from Revelation in amongst the hits and fan favourites, and for many it was the first chance to hear the songs live. My Sweet Love was the first cut played, a gorgeous semi-ballad with Lynne Jackaman excelling in her duet with Gary Stringer. How I Got Over was a barnstorming organ-led roof-raising good time tune, Jackaman and Gerri Cunningham revelling in their gospel backing vocals as the band took it to the church. 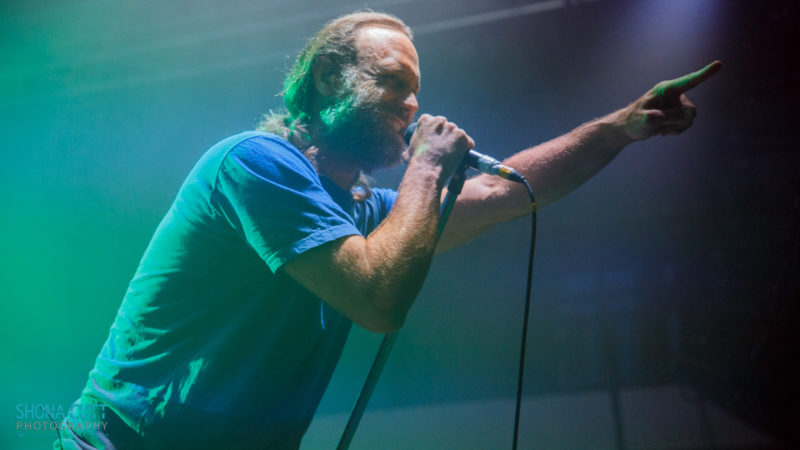 By contrast Precious Metal was something of a riff monster, with a chorus purpose built for a crowd participation but the title track itself was the show stealer, a balls out rocker with a middle section that sounded like a long lost AC/DC breakdown from their Bon Scott (RIP) heyday. 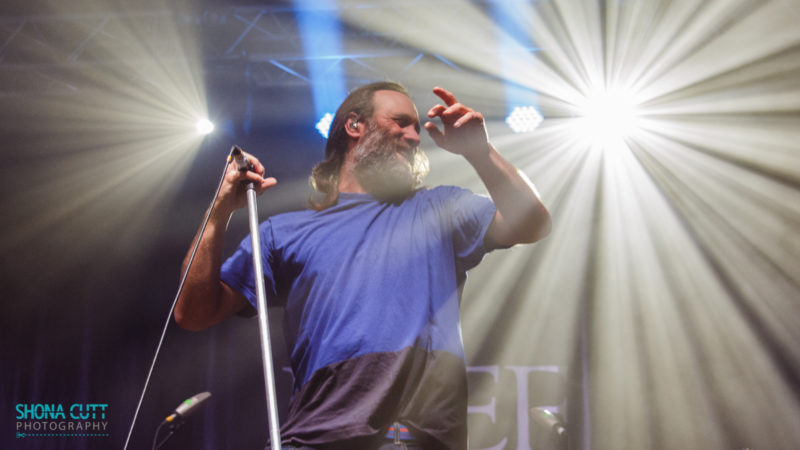 As for the rest of the set well, much like their tour mates, the band have a desirable collection of tunes in the back catalogue to pick their set from…and deep cuts to thrill the hard core. That depth of material is something all four bands on the bill share, remember, they were from that mystical time when rock bands released singles and regularly charted – between them they had 38 top forty tunes and at a time when received wisdom suggests mono-browed Mancs and Mockneys ruled TOTP and the charts. 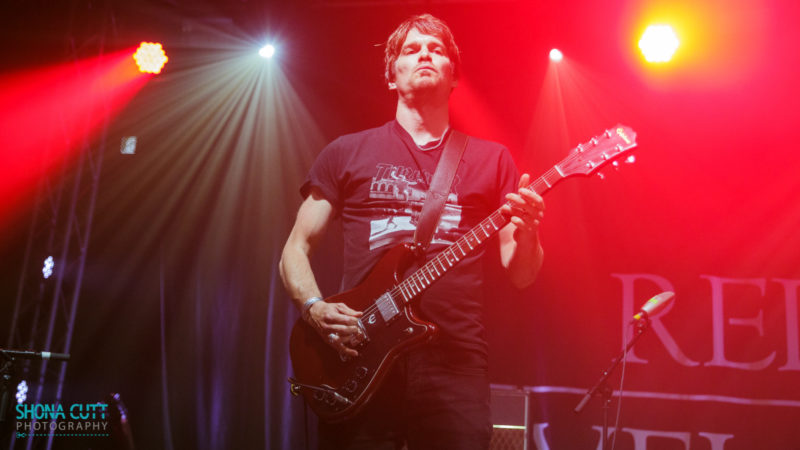 By nature of the band’s material the crowd was marginally less animated throughout (but there was still intermittent crowd surfing), they remained in good voice and it felt even more rammed. Crowd participation was continually orchestrated by Stringer, an engaging front man less frenetic than Wright and less intense than Ginger but a commanding presence, and his voice has undeniably improved with age. He was hitting the falsetto parts with ease, powerful and strong and owned the band’s cover of Stay with Me, a version that sounded like the original on steroids (Britpop my aching arse). 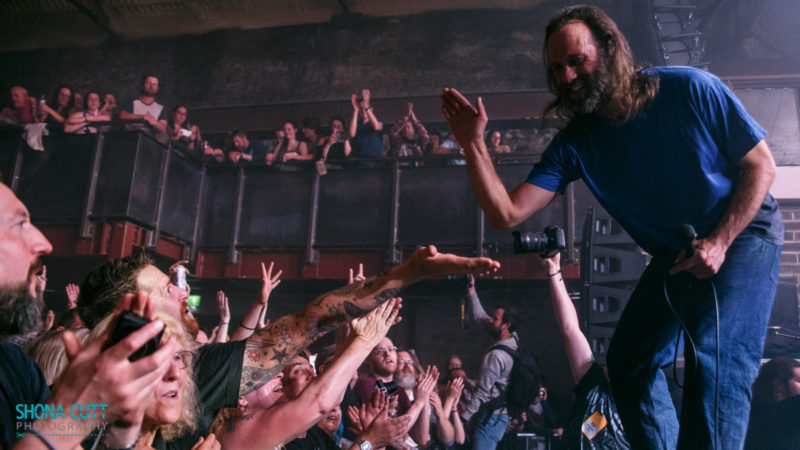 Of course the rest of the band were on excellent form, to return to the Zep comparison, totally tight but loose. Jesse Wood appeared to be genuinely excited and pleased to be on stage (thumbs up, massive grins, punching the air), peeling off solos, cranking out riffs and proving to be quite the innovator with his use of space and his ability to lay back. Jack Bessant, bass and Dominic Greensmith, drums were locked in tight, both bringing the thunder, but both bringing the funk, because this is a band that knows the secret of the groove. King of the keys Andy Wallace really added to the sound: honky-tonk keys and sanctified organ enhancing the soul. 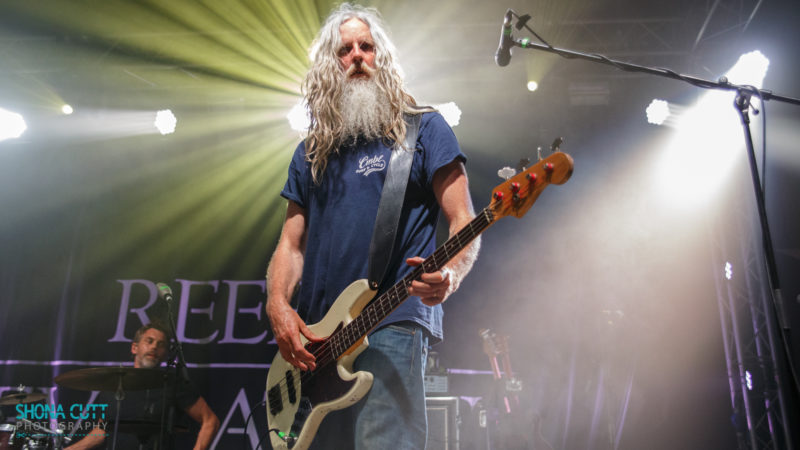 The show was over all too soon, Yer Old and End (fittingly) bringing the set to a climax to be followed by the only encore of the night (but only by dint of protocol rather than lack of audience demand), I’ve Got Something to Say a slow building yet powerful ending to a master class in British rock…a different thing to “Britrock” and a powerful reminder that all of the bands are still vibrant, still relevant and a shit hot night out.

All pix by Shona Cutt