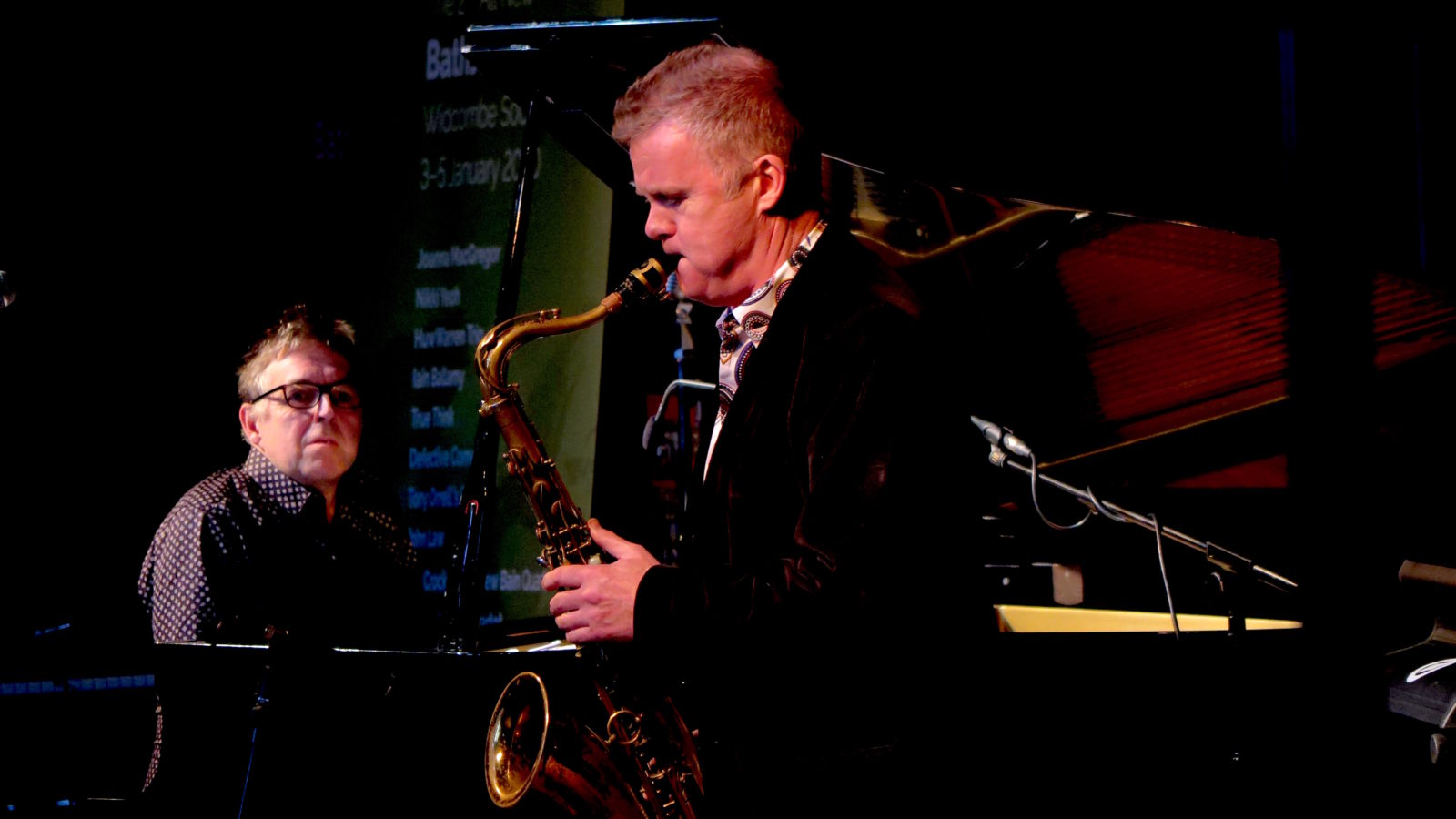 What a remarkable thing this was: ten great jazz-related acts over one weekend in Widcombe Social Club’s cosy upstairs room, all gathered together by promoter Nod Knowles on a cooperative basis, meaning they would share out any profits equally at the end of the day. Happily there were plenty of people up for the idea, with the Saturday night sold out well in advance and respectable crowds for the other sessions. Even more happily it proved an interesting and varied programme with some amazing moments. 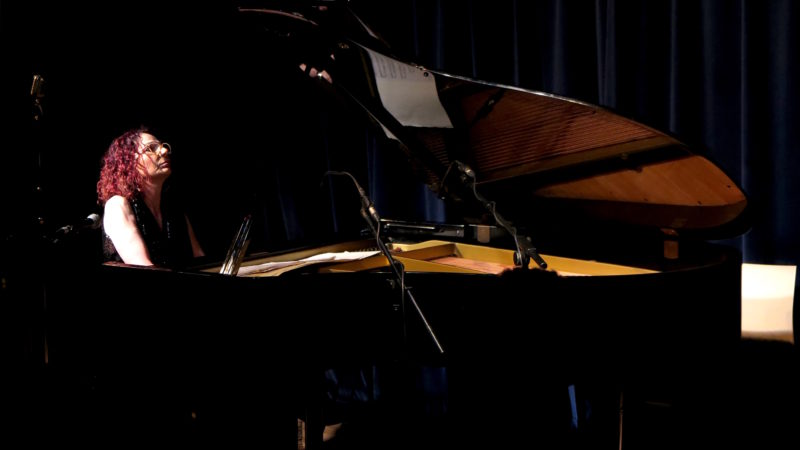 Each day had a solo piano performance and each was a corker: Friday saw Nikki Yeoh showcase her own excellent compositions, ranging from the near-classical This Kind with its echoes of Gershwin to the driving left hand riff of Bebop. Her impassioned performance launched the weekend, which also included a stunning set of South American composed music from Joanna MacGregor culminating in a thrillingly intense set of Piazzolla tangos, notably Tanguedia and Libertango. Being up close with so powerful a performance felt quite a privilege. 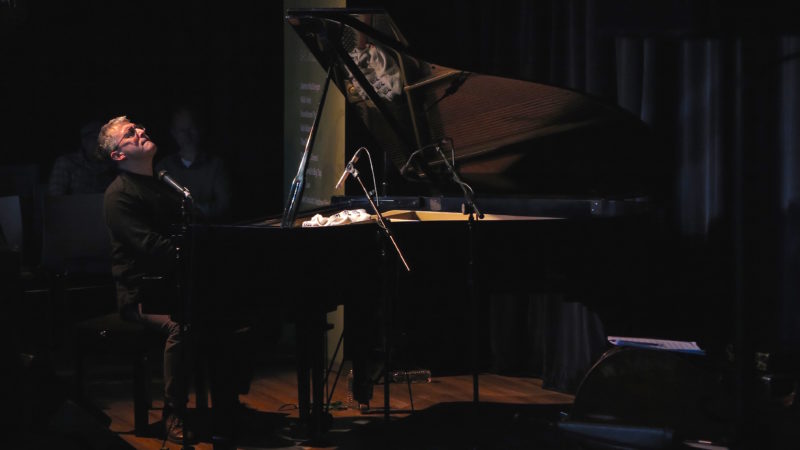 That was Saturday night, of course, and by contrast John Law’s set on Sunday afternoon was appropriately more restrained but no less impressive for all that. His virtuoso deconstructions of Over The Rainbow and Giant Steps were intricate and intelligent, managing to remain respectful while transforming the original. This was a balancing act other acts also explored, notably pianist Huw Warren in his duo with saxophonist Iain Ballamy (pictured at top) who drew a dark reading of Round Midnight out of a tumultuous improvisation and reduced All The Things You Are to a teasing sequence of falling chord sketches. The pairing was to return again with Huw’s trio, a notable moment coming with the pianist’s Everything In Between, a kind of Welsh gospel piece that grew into dense post-Latin rhythm games. 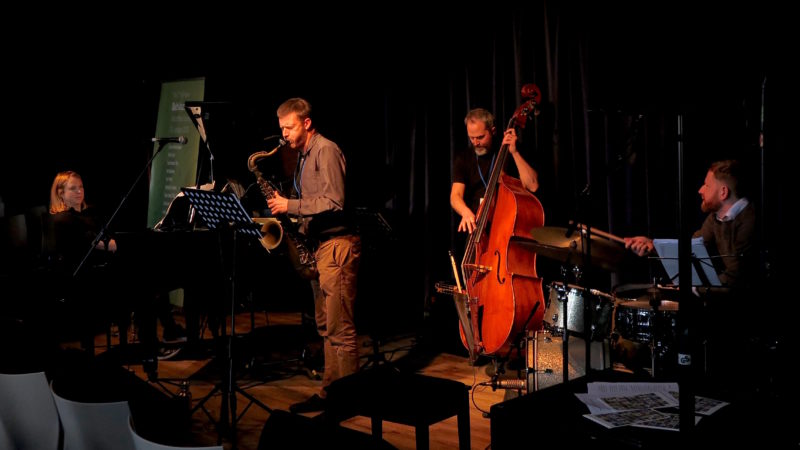 Having seen both saxophonist Sam Crockatt and drummer Andrew Bain in their own bands it was intriguing to see their new joint quartet with bass player Riaan Vosloo and pianist Rebecca Nash. They had the task of re-energising the Sunday audience and provided excellent energy with upbeat tunes like Andrew’s Hope and Sam’s Happy, though the most memorable tune was Sam’s Narwhal-themed Unicorns of the North, a fluid ambient piece running on a floating piano and saxophone interplay. 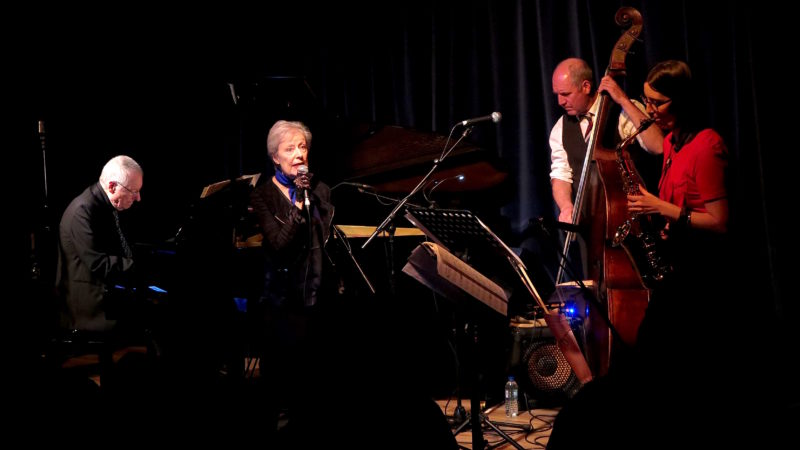 The only vocal-based performance came from The Westbrook Quartet with Kate Westbrook singing the lyrics for Mike Westbrook’s arrangements of songs by movie composer Frederick Hollander. It was a nicely poised cabaret performance, with Kate’s typical vocal games revitalising the classic Falling In Love Again while playing it nicely straight for You Leave Me Breathless. That latter song showcased alto saxophonist Roz Harding’s stylish and responsive playing. It was a shame that pianist Robert Mitchell’s True Think quartet hadn’t brought their vocalist, however, as much of their material had been written as songs. Nonetheless, the strength of instrumental numbers like Epiphany, with Zayn Mohammed’s sitar-like guitar over its fractured rhythm was very satisfying. 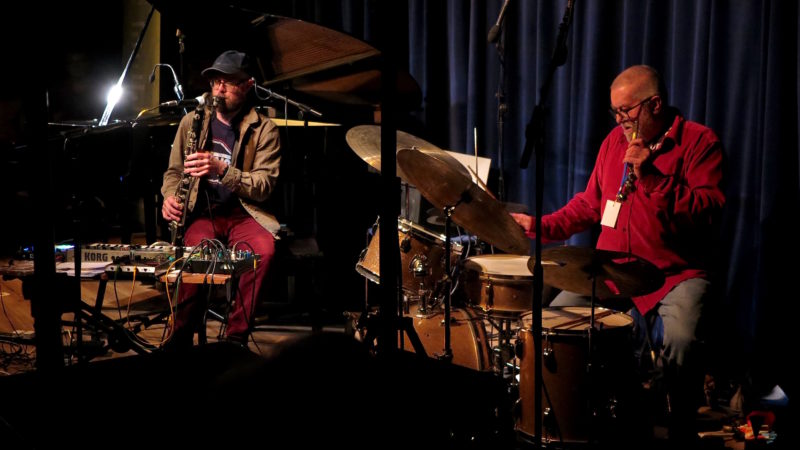 Another person who showed up twice was maverick drummer Tony Orrell who performed in electro-acoustic duo Defective Comets as well as the twin-drum driven Tony Orrell’s Big Top. As you’d expect from him each act had its fair share of quirk, with the former deploying Ross Hughes’ tabletop gizmo collection to great effect on bass clarinet and alto flute while Tony fiddled with backing loops and added percussion. The Big Top was a fine riot of jazziness, a quintet who combined original (possibly spontaneous) pieces with re-arranged classics like Mingus’ The Shoes of the Fisherman’s Wife and Sun Ra’s Love In Outer Space. Jake McMurchie used his full range from classic hard bop sax to three-dimensional FX sound washes, while Dan Moore mixed Jarrety piano and assertive Hammond. The drumming interplay between Tony and Matt Brown was continually fascinating, right up to the inevitable thunderous ‘drum off’ saved for the very end of their set and the festival itself. 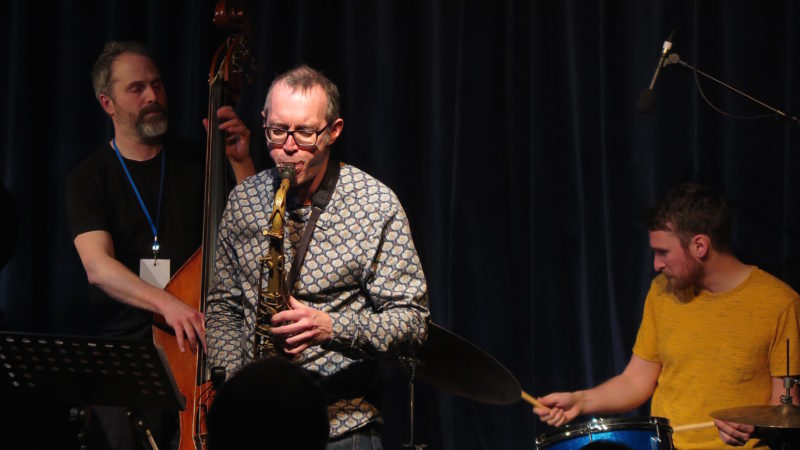 It’s an ambitious thing to programme a jazz festival for the first weekend of the year but the two outings of the Bath Jazz Weekend so far have been both well attended and musically rewarding. That the musicians, promoter and other staff are willing to do this on a cooperative basis is highly laudable in these materialistic times. Hopefully their efforts will have been justly rewarded.