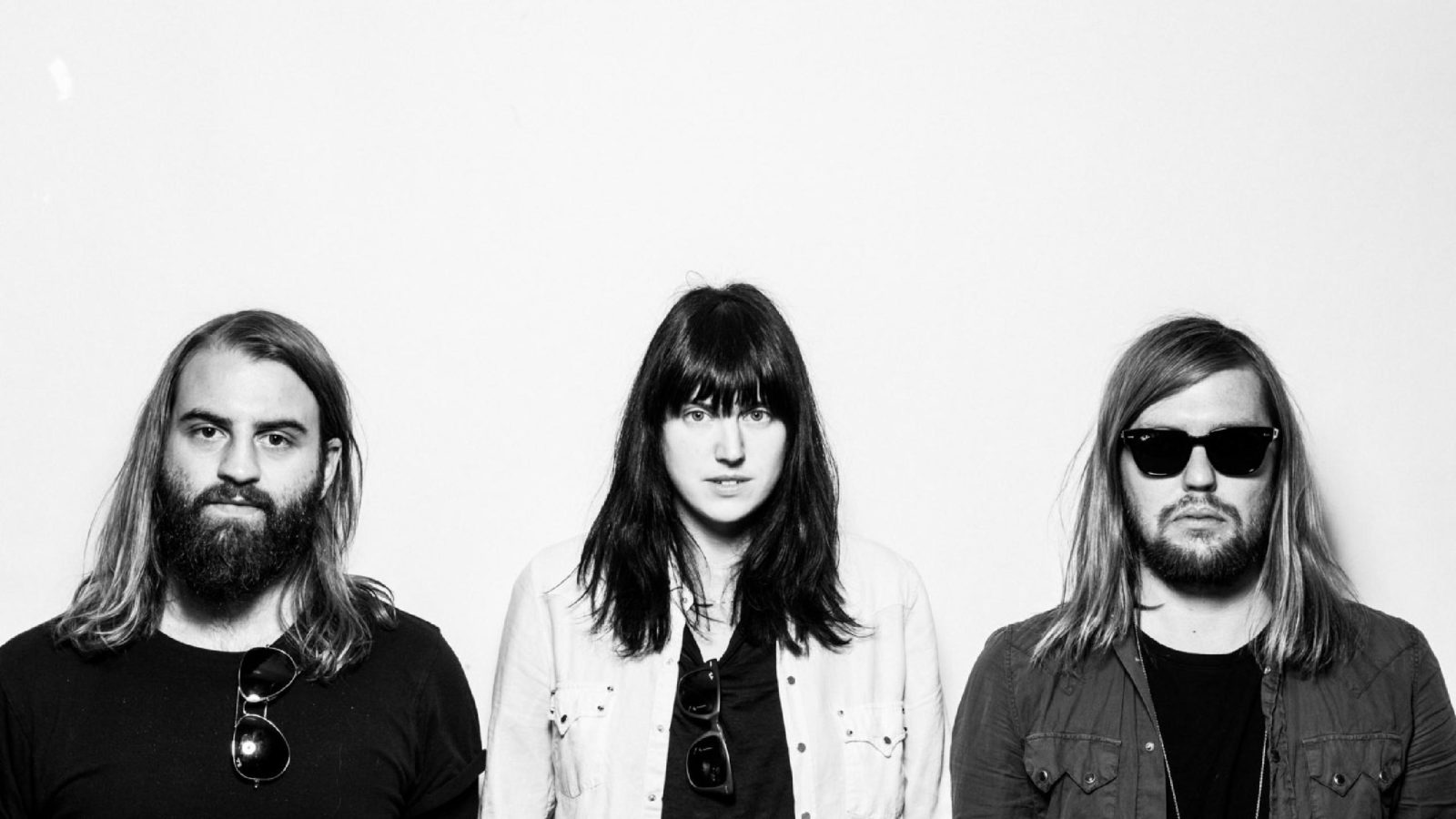 With physical sales ever decreasing and streaming revenue so miniscule as to be insignificant, anniversary album tours are currently all the rage. This week at Thekla, Southampton’s Band of Skulls roll into town on their ‘Baby Darling, Dollface Honey’ tour, celebrating a decade of their debut. It’s a bit of a shame they aren’t promoting their latest release ‘Love is All You Love’, an evolution of their sound incorporating electronics and featuring some surprisingly summery jams. But nonetheless they’re here with their arsenal of guitars to rock the boat in Bristol.

Newcomers Higher Peaks kick the evening off, flitting between Favourite Worst Nightmare-esque indie rock, sludgy blues and more chipper pop rock. Smart use of playback fills out the three-pieces sound and the duo in front of the drum kit swap guitars and synths throughout the set. Having crashed their tour van four times in the first five dates of this current tour, it’s just good to have them here in one piece and firing off riffs. They’re more than adept at the different styles they try, and once they nail down a sound they have plenty of potential to step into the kind of alt-rock space occupied by the likes of Royal Blood.

Having played the O2 and SWX on previous visits to Bristol, the cramped confines of Thekla suits Band of Skulls far better. Not the most imposing in terms of stage presence and between-song charisma, the tighter surroundings allow the riffs to resonate and bring the crowd closer as guitarist Russell Marsden leans out to solo over their heads. Easing in with a few newer songs, the audience are lively for a cold Monday night and once Marsden teases the opening riff to ‘Light of the Morning’, the song that kicks off the album – this sent everyone to shout along with them.

The run through of ‘Baby Darling, Dollface Honey’ reminds you just how effortless their blend of groovy blues rock is and how many of these riffs found their way onto adverts and TV spots, a rude sign of health for any rock band aiming for the bigtime. ‘Death by Diamonds and Pearls’ is as massive as ever and Emma Richardson’s vocal on ‘I Know What I Am’ exudes menace and swagger in equal amounts.

The Band of Skulls on display here was renewed, re-energized and rejuvenated compared to their previous Bristol outings: they have certainly improved, delivering highly coordinated, punchy and enthusiastic renditions of 10-year vintage songs.

For Band of Skulls the USP is the strength, depth and smooth synergism in the musical interrelationships between Richardson and Marsden. They are on a roll musically, with clever synchronization of duelling lead guitar and bass, pitch perfect vocal melodies and a well-developed call-response vocalization, showcasing the talent of both singers. Unlike previous visits to the city, there was lots of smiling, laughing and on-stage banter between the two protagonists, they were really enjoying themselves, and that rubbed off on the audience.

The highlight of the night is a hushed rendition of ‘Hometowns’ performed by Marsden and Richardson unplugged around a lone microphone. One thing that Band of Skulls have always had but rarely emphasised is a knack for whiskey-coated melodies that bely the riff rock they traditionally trade on. Hearing tracks pared back and their wonderful harmonies upfront is a tease for perhaps more emphasis on this side of their repertoire in the future.

Diving back in, ‘Hollywood Bowl’ carries threat before breaking into Beach Boys harmony before ‘Cold Fame’ envelopes Thekla in washes of Floyd-esque guitar leads and a masterful vocal which serves as the crescendo of the album set. Rejoining us for a few more, ‘Devil Takes Care of His Own’ still sears on its mammoth chorus and closer ‘Asleep at the Wheel’ sees all of Marsden’s Led Zep dreams come true as he squalls his guitar over tumbling drums and titanic bass.

Often anniversary tours can seem contrived but at a difficult commercial juncture Band of Skulls have reminded exactly why we fell for them in the first place while playing some of their best-loved songs.