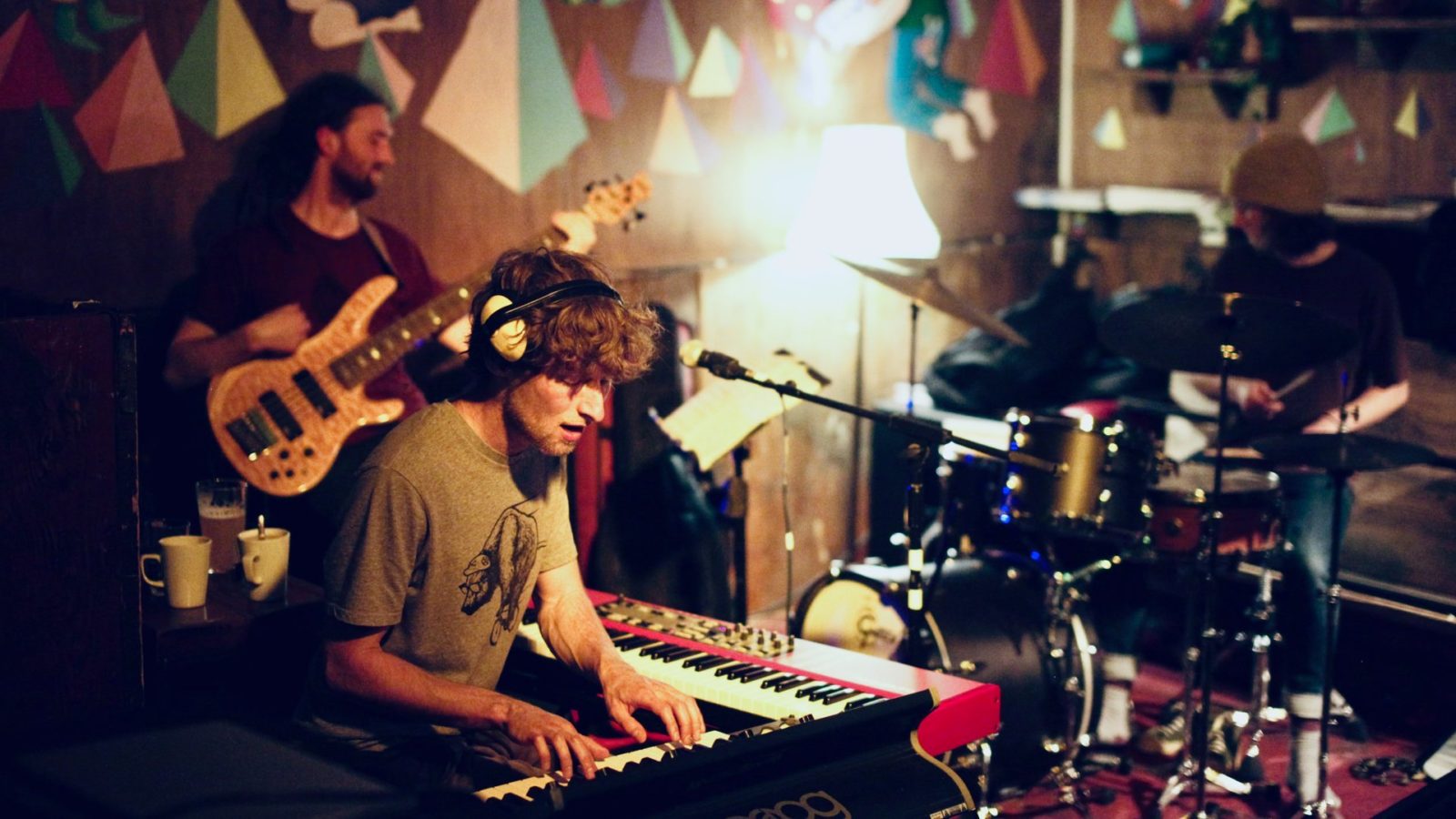 Bristol is slowly turning into an epicentre of jazz, with new and fresh reinterpretations of the genre on every corner.

Whether it’s a big band paying at The Old Duke on a boozy Saturday night or the weekly LeftBank Jam Band giving good vibrations, it’s undeniable that this city is a hotbed for galvanized jazz.

AVTRIO have been making waves with their residency at The Greenbank, performing their unique compositions of laid-back meditave beats which then sets the framework for slick grooves and in the moment improvisations. Keys virtuoso Alex Veitch is the ringleader in this operation, eyes down for full house as we play jazz bingo.

Veitch studied Jazz Piano at Guildhall along with performances at Ronnie Scott’s which then lead to a bi-monthly residency later on. Either side of him stands Harry Stoneham on bass and James Vine on drums both hailing from Waldo’s Gift, Bristol’s premiere jazz-math-hip-hop-improv outfit.

The trio have been together less than a year, during that time they’ve gigged relentlessly and booked in plenty of studio time. Next week sees their debut single Pachinko at The Gallimaufry, expect improvised goodness, intense musicianship and a groove that’s guaranteed to make you dance in time to their ridiculous time signatures.

AVTRIO single launch will be next Tuesday, November 12 at The Gallimaufry. Music will be from 9pm and entry is free.