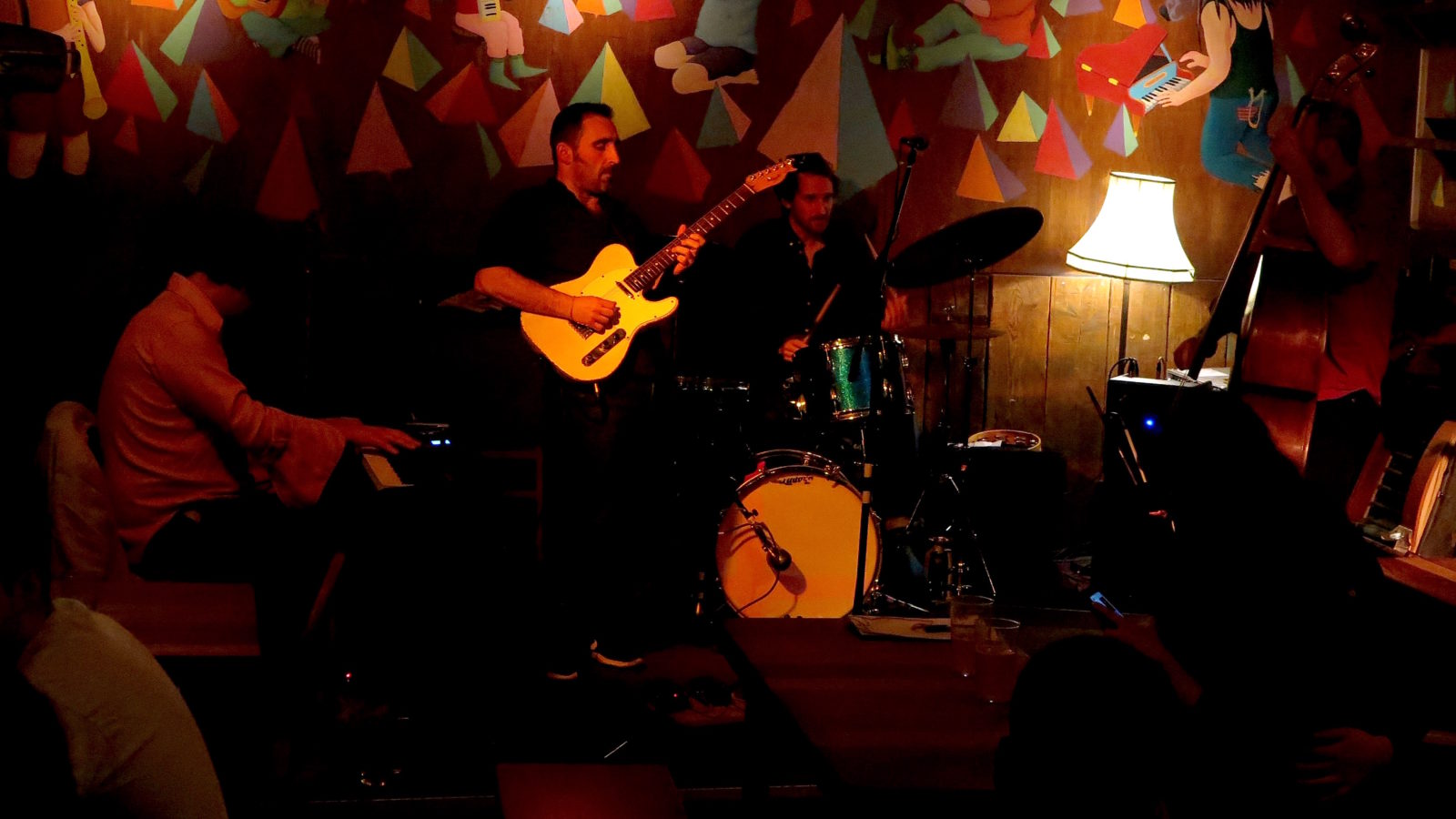 Are the Zen Hussies sadly no more? The website is ‘temporarily offline’ and their Facebook page ‘isn’t available right now’ … Whatever, in the meantime key Hussies (and Bartounistas) guitarist Seb Guttiez and bass man Tom Allen appear in The Play, alongside sometime Duckworth Jools Scott on keyboards with everywhere drummer Matt Brown. And, with Seb and Tom’s reputation for gypsy swing, Jools’ association with leftfield cabaret pop and Matt’s in-demand jazz drumming it was hard to predict quite what synthesis of influences The Play would conjure. 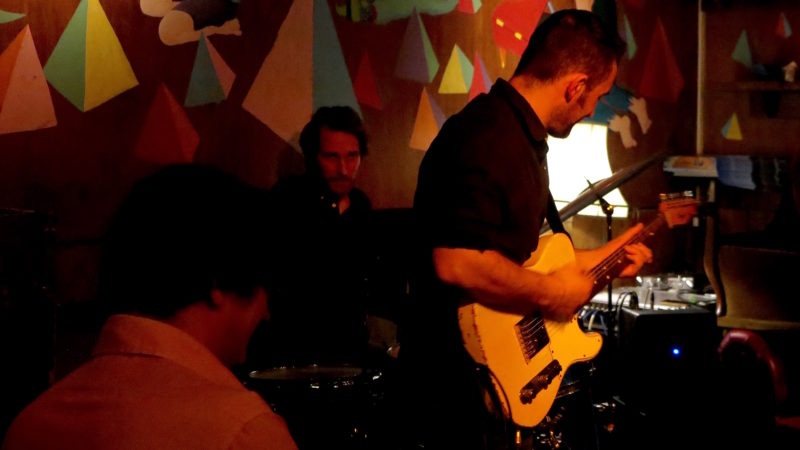 As it turned out it was a case of ‘none of the above’ as Seb strapped on an unexpected Telecaster and the band launched into an eclectic set of instrumental rock music ranging from New Orleans to prog. The opener – Mr Brown, penned by the drummer himself – announced a firmly rocking language with a fairly disciplined structure and the first intimations of Seb’s plectrum-wielding intention to distance himself from the light touch of Django Reinhardt. After that all the tunes were Seb’s and, by the time they reached the twang bar flamenco of Where To he was turning in a splendidly frenzied jazz-rock solo. On the way we’d heard the off-kilter funk-aloo of 3 on 1 and the plaintively Lynchish ballad Cold Skank, with its Hank Marvin-esque guitar melody slipping into a reggae back beat ending. 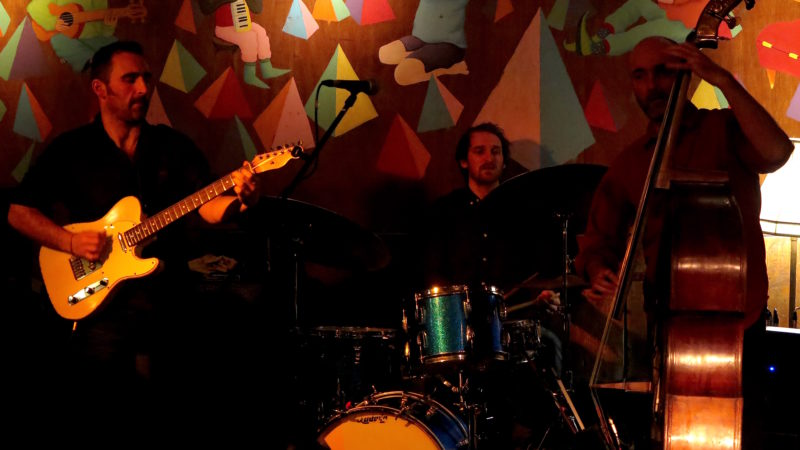 Probably the most impressive number came mid-set, unusually: Plonk’s second-line snare drum and Dr John piano rolls established a definite New Orleans slink’n’blues groove that slowly tightened via a shift in the piano mood that unleashed a fine flailing drum solo from the otherwise restrained Matt Brown. The other stand-out came last, more predictably, with The Getaway’s Mingus-like bassline intro and Afrobeat shuffle drumming ushering in a snappy dialogue between keyboard and guitar, with Jools hammering his instrument till it nearly fell off the stand and Seb’s cascading Latin flavoured guitar evoking Santana in their prime. This one also gave Matt a solo break which he used like a wannabe John Bonham, pounding the tom toms in a test-to-destruction challenge. 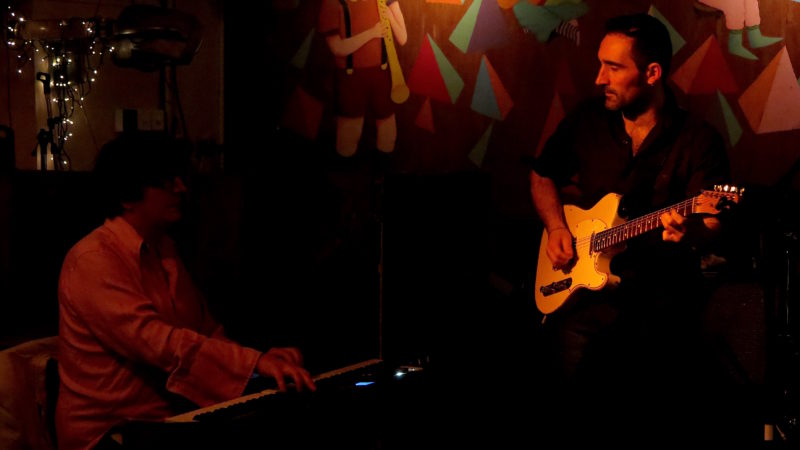 It was a good set, with plenty of variation in tone (important for instrumental music that has to tell its story without words) and the players all distinguished themselves throughout. It may be that a few numbers need tightening up – the classic jazz club structure of a chain of solos doesn’t always suit this kind of thing, giving the occasional impression of a jam session – but that’s always to be expected in a new project’s early development. There’s clearly no shortage of ideas, though, and with an album in the pipeline its highly likely that we’ll be hearing much more of The Play as 2019 progresses.