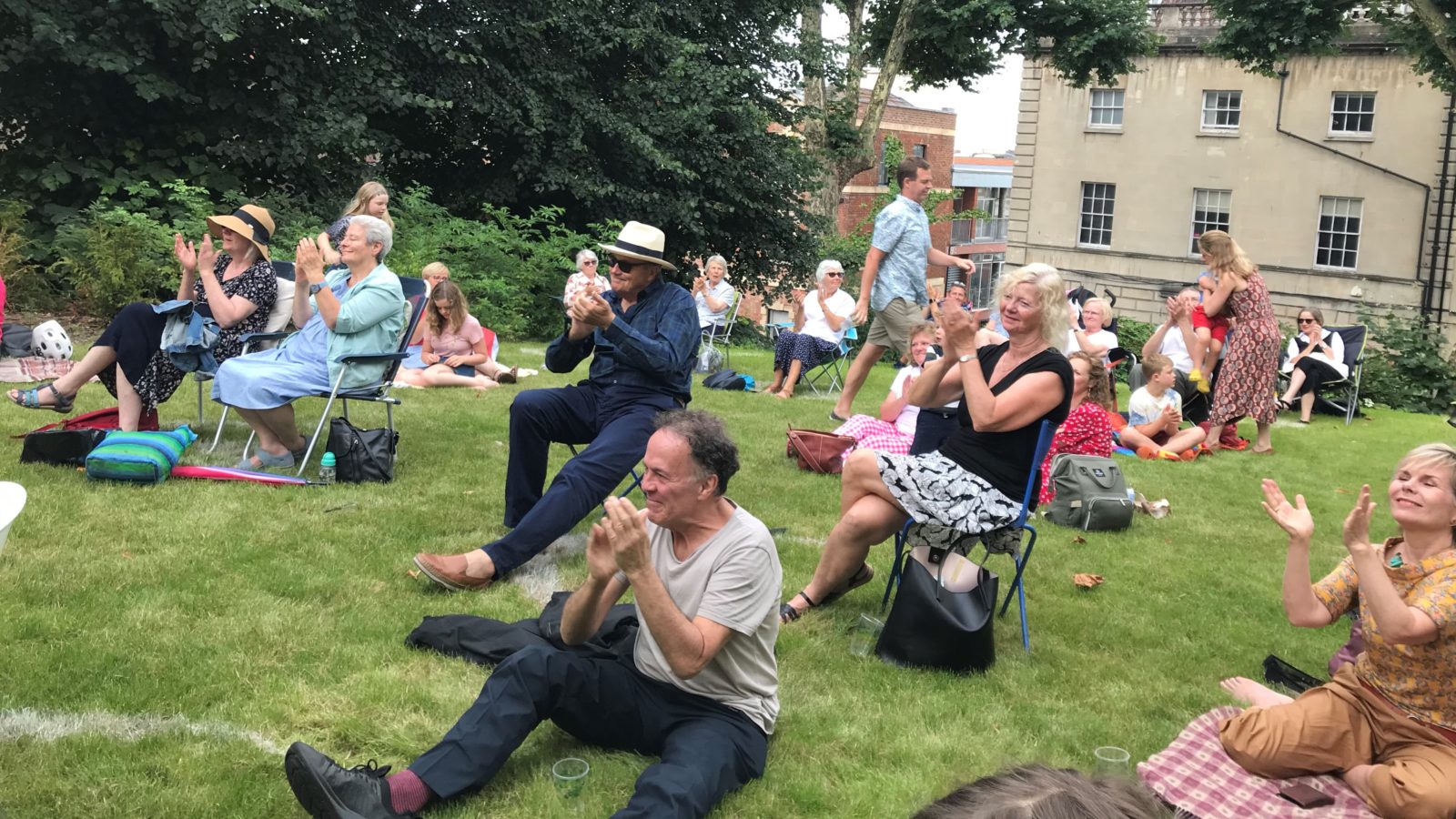 A light smattering of rain did not dampen the spirits of a grateful audience fortunate enough to see some of the first live music performed in Bristol since the beginning of lockdown.

Bass clefs had been painted with chalk in the gardens of St George’s to allow just 50 people to socially distance, with two concerts on Friday hopefully the first of several more here during the summer.

It was an emotional occasion, with tears from musicians, audience members and St George’s staff affirming the power of live music and how much we have all missed it.

“At St George’s it has always been about the music and performance,” she said. “Without it, I don’t know about you, but my life has felt quite empty actually.”

The Bristol Ensemble chamber group tempted fate when deciding to play a piece called Petricor at an outdoor concert.

The word ‘petricor’ means the smell of rain – more specifically the smell released when rainfall arrives as raindrops landing on dusty or clay soils trap tiny air bubbles on the surface which then shoot upward and burst out of the drop throwing scent into the air.

Their 3pm concert began with Mozart’s Divertimento in D, followed by Williams’ Lark Ascending with the solo violin played by Emil Huckle -Kleve, then Einaudi’s Petricor, Summer by Piazzolla and concluding with a percussion set by Harriet Riley. 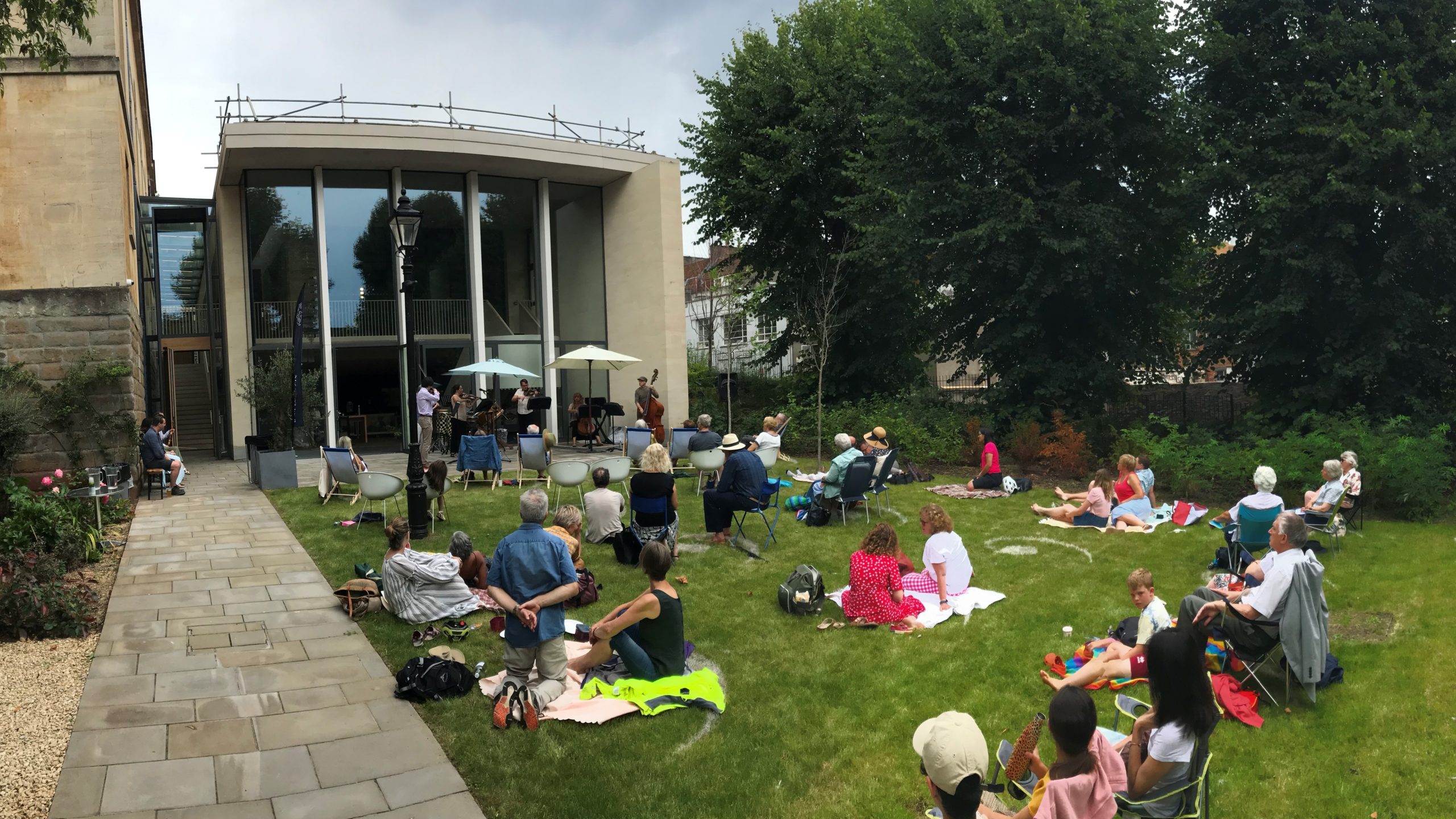 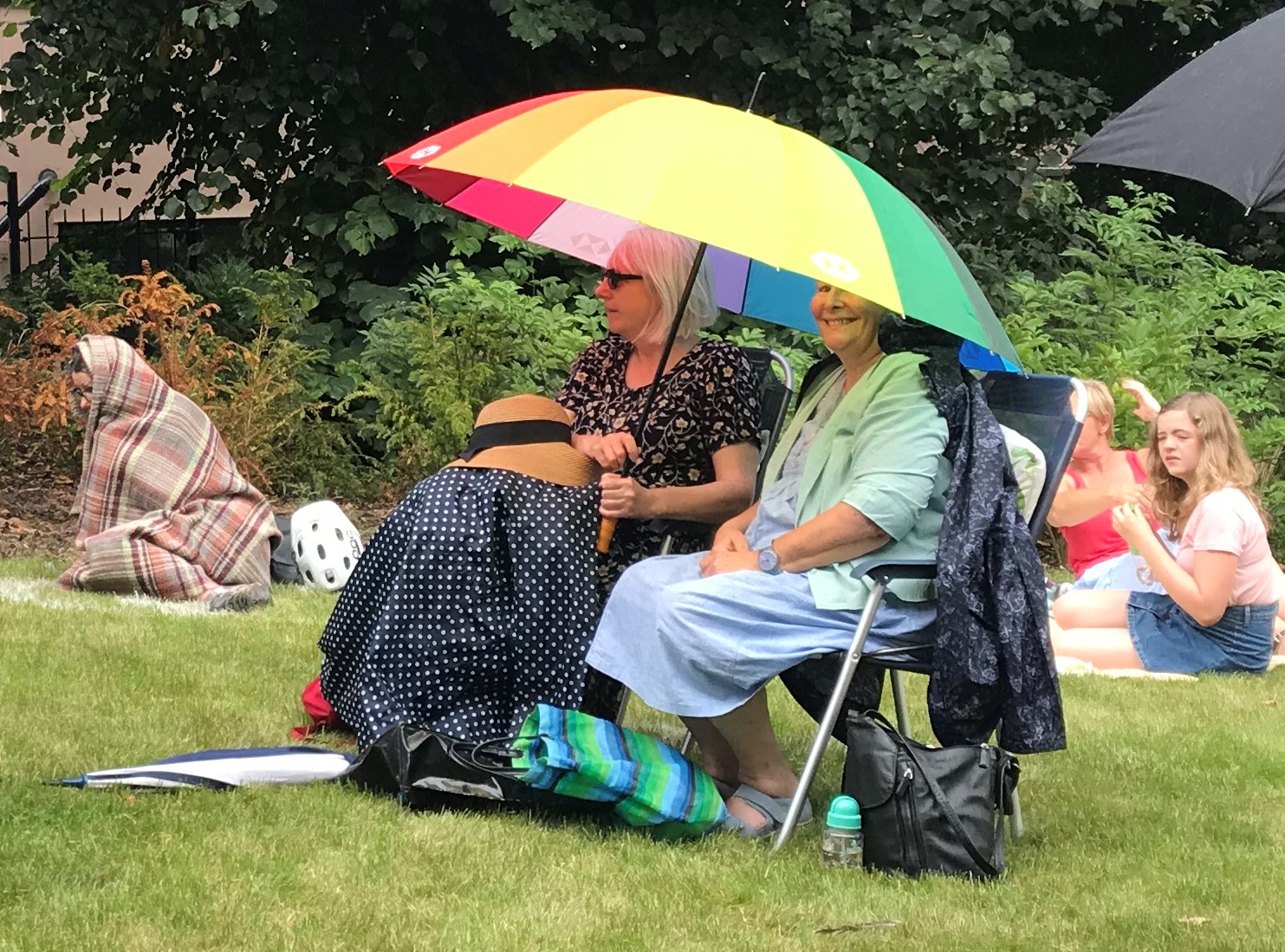 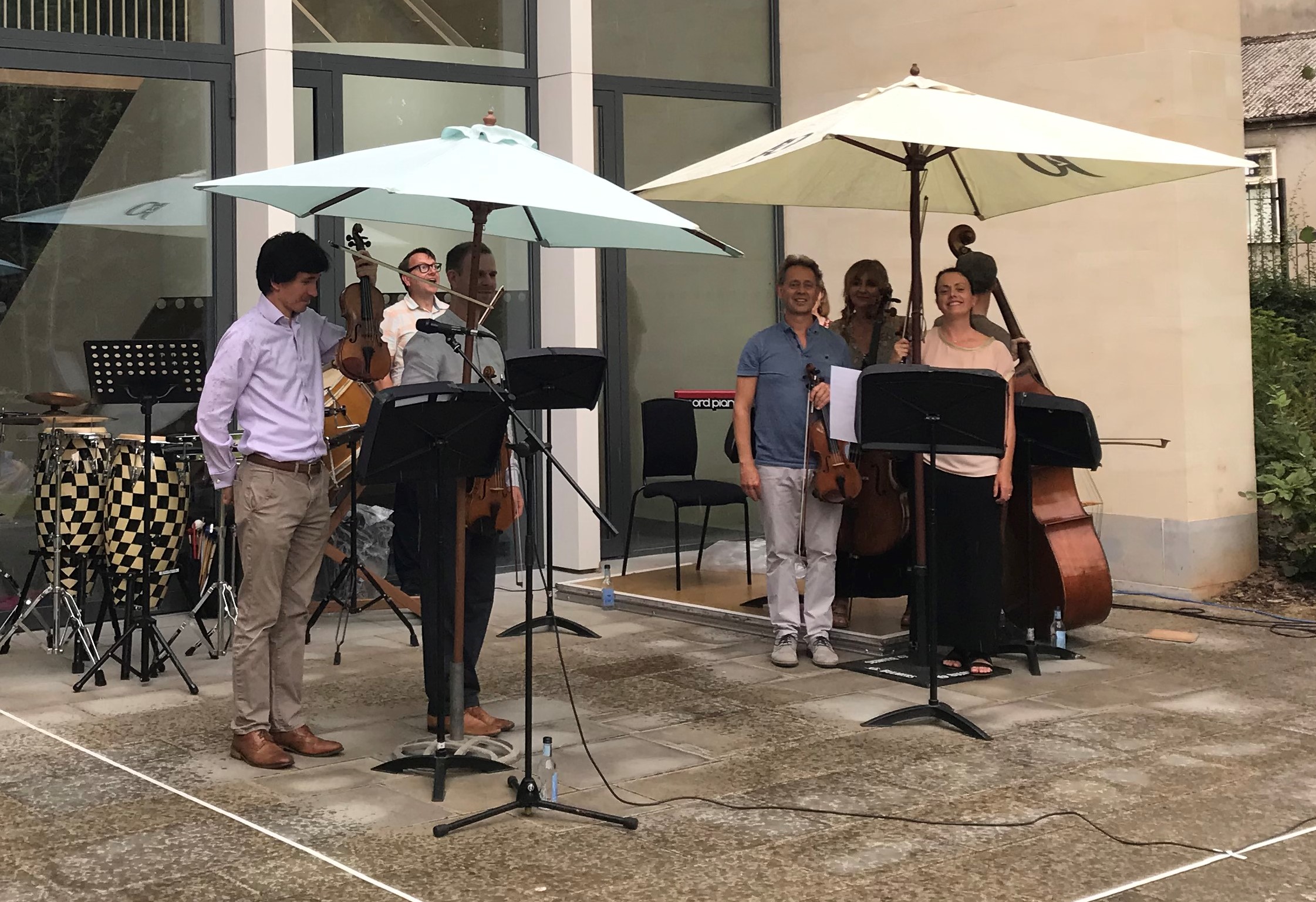 Read more: ‘In difficult times, the arts can both inspire and strengthen our community’