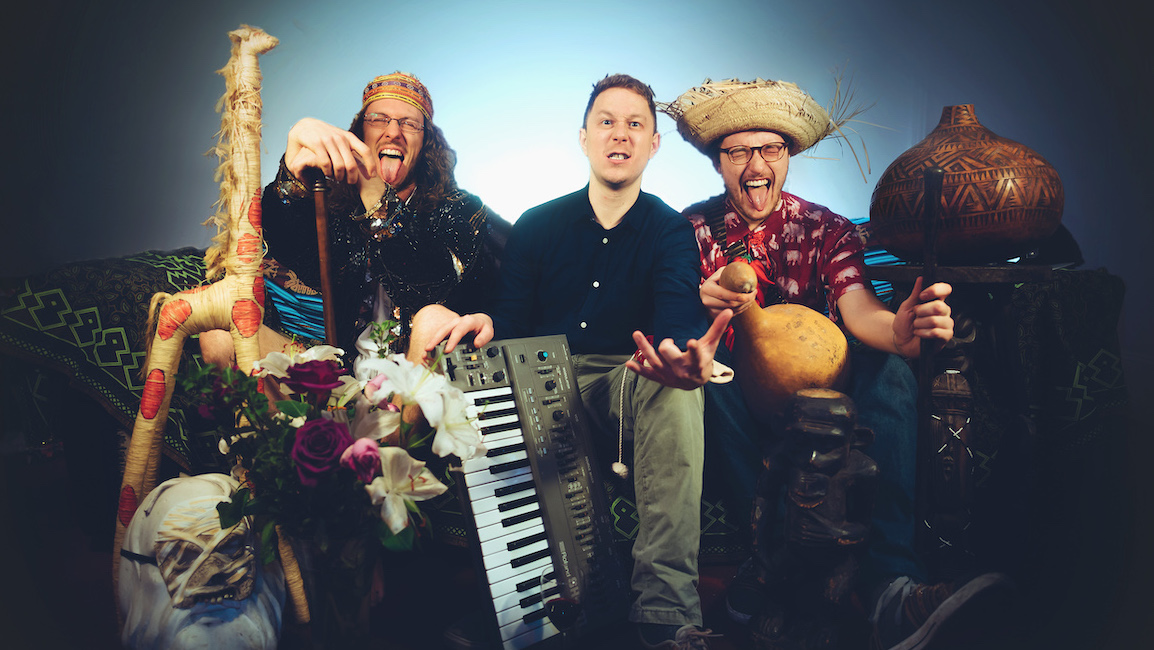 It seems it’s still onwards and upwards for  the Worm Disco Club. After a string of very successful live nights that brought top contemporary jazz names to Bristol they were invited to create the same magic on a new stage at Glastonbury Festival 2019. Following the success of the appropriately named Wormhole they’ve been co-opted to add their cutting edge connections to this year’s Bristol Jazz and Blues Festival, running two nights of sparkling contemporary jazz talent that are certain to be highlights of the festival weekend in March.

But Jackson, Nathan and Jake Worm (as the the trio behind WDC like to be called) are definitely not planning to rest on their laurels any time soon, and one of those Bristol festival nights will see the launch of Worm Discs, a new record label showcasing some of Bristol’s current crop of amazing nu-jazz talent. It’s an idea that’s been bubbling away for a while now, as Nathan explained:

“I’d discussed it with Jackson a few times – we knew we’d love to start a label, and then the opportunity came when we found a link to a good distribution company so we decided it was time. If you love music it’s the dream to be able to spread great music to a wider audience.”

In starting the label the Worm crew are very aware of the need to respect the musicians they will be working with, however. “We have so many great acts here in Bristol and they’re all fiercely independent. But they all want to get ahead as well, and helping them do that is what we want to achieve. Learning the ins and outs of this is entirely new to us but we’ve already got some great people giving us advice.”

It’s early days as yet, and there’s still an element of secrecy about which bands or performers will feature on the Worm Discs roster. Nathan is reluctant to name names but it’s worth noting that the label launch night at the Bristol Jazz & Blues Festival features popular local nu-jazz heroes Snazzback, Run Logan Run and Waldo’s Gift. The musical policy, according to Nathan, is to reflect the ‘offbeat fun and diversity of groove’ that underpins the current upsurge in interest in jazz among younger audiences.

“There’s a definite renaissance that chimes with people who grew up with trip-hop, drum’n’bass and dubstep. Young people will always go for music with energy, and these bands started young and are still young now!. Some people might be surprised to realise that jazz is something young people actually want!”

Starting the record label is not going to deflect them from their commitment to bringing great live music to Bristol, however, and Nathan is equally enthusiastic about their other jazzfest night featuring Emma-Jean Thackray’s London-based band Walrus and Glaswegian Liam Shortall’s remarkable collective corto.alto. “They’re both really strong players as well as great writers and arrangers. It’ll be another brilliant night!” It’s a justifiably confident prediction from an ambitious collective who have so far always come up with the goods.

The Worm Disco nights at Bristol Jazz & Blues Festival are at Fiddlers on Friday 27 and Saturday 28 March. Full details are available on the festival website