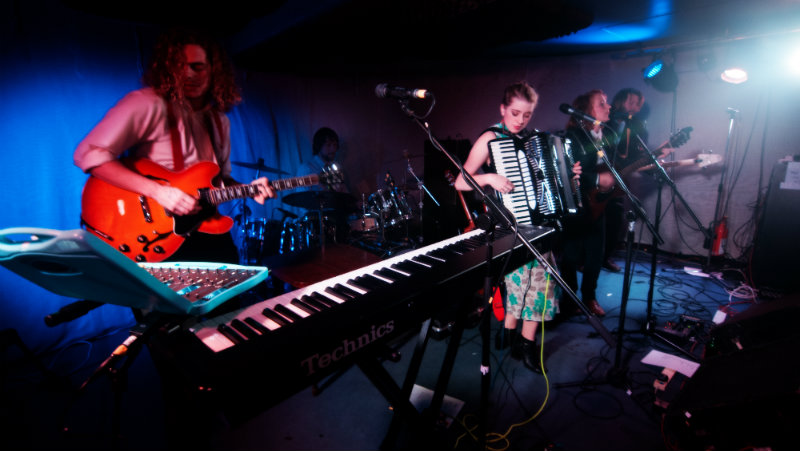 Bristol band Eyes for Gertrude will launch their debut album this month.

Chantelle Pike and Hannah Dean met at Dartington College of Art in 2008 and went on to play three months of gigs together as Eyes for Gertrude in Canada in 2010.

Inspired by the sound created for KD Lang, Eyes for Gertrude submitted their demo to Canadian producer Ben Mink who said he ’…was frankly stunned at the high level of songwriting, arrangements and vocal performances’.

Subsequently, Residential Bliss was recorded at Mink’s studio in Vancouver, Canada, and the producer and instrumentalist, who supported Muddy Waters and Led Zeppelin in his former band days, added his signature strings to his productions for Eyes for Gertrude.

With airplay on BBC6Music and Radio 4 under their belt – alone with a mention in Consequence of Sound’s Tony Hardy’s ‘ Top 30 Moments’ of Glastonbury 2014 and one of his top 3 picks for the Emerging Talent competition they’re fast gaining recognition beyond the confines of their home city.

And now is your chance to catch them live at The Louisiana on January 24. The album launch gig features support from comedian and performance poet Michelle Harris, who John Cooper Clarke called his ‘feminine ego’. Then there will be Rafiki, a London-based 5-piece originally from Falmouth, Cornwall, who experiment with progressive, funk and math rock.