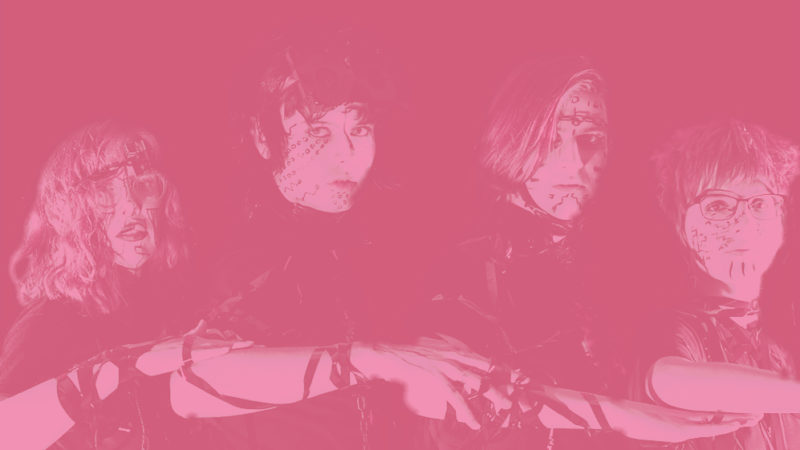 The Bristol punk scene is a bustling ecosystem. A small but mighty hub of inclusivity, creativity and openness, and queer synth-punk band Martyrials are right at the heart of it.

The band are self-described as “Devo meets Cardiacs and The Stranglers but also erratically heavy and political ala System Of A Down” but we got the low-down from lead singer Sammy, just to be sure. 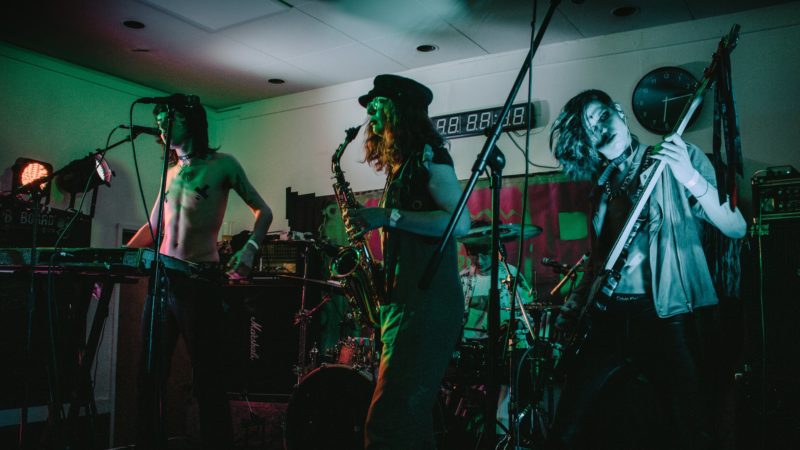 Tell us a bit about the band’s beginnings. How did you all meet?

In this guise, we’ve been together nearly a year. The band originates in humble bedroom-beginnings in Swindon back in 2015. When I moved to Bristol that line up dissolved and after a chance encounter on a train, I met our current drummer Oana. We chewed up and spat out various bassists before finally finding our boy Freddy through a Facebook ad.

Your sound vents a lot of frustration. What are you angry about?

Hah! Where do I begin!

This album [Electric Delegates] has a whole host of things to be angry about; Guantanamo A-Go-Go deals, naturally, with Guantanamo Bay (which is still up and running). People seem to have forgotten about this ‘legal black hole’ America set up to flaunt human rights laws post 9/11 – it’s a song to remind everyone that America and the West still get away with sticking their proverbial dicks wherever they please, and use the time-old technique of divide and conquer to point the blame away from them.

Survivors of the Revolution is part homage to Ho Chi Minh and part monologue from a nameless Khmer soldier in post-genocidal Cambodia. It’s also a commentary on the lack of recognition of genocide by the world at large and the suppression of information by the perpetrators.

Parachute is a Dadaist take on mental health issues and Y3K is about a millennium bug-style situation if it were to happen today; sex-bots infected with malware and drones developing a conscience. It’s a happy old album this one.

You’ve always been very political. Do you think it’s important for artists to engage their music with their politics?

I got into politics through music, so I think It’s beyond important. Right now, we need to be vigilant of the rise of the far right and the subversive nature of their propaganda machine sweeping up the downtrodden in society with a populist fishing net – and we see Tory career-politicians taking notes from it. It’s vital that we use our platform to raise awareness on issues that have the power to affect us all, what’s that saying? … “If you stand for nothing you’ll fall for anything”.

What does the Bristol punk scene mean to you?

Bristol is a place for expression, a place for ideas, a place for forward thinking and likeminded people. The punk scene is one of the most welcoming and intersectional in the UK. It means a lot! 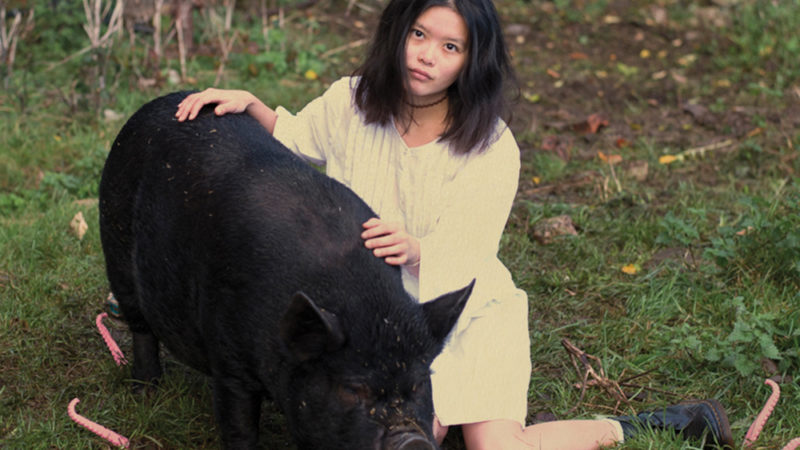 Your second album Electric Delegates came out on the 22nd June. What does the record represent? What are you hoping listeners will take away from it?

It’s an album that suffered set back after set back and it’s a bit of a mishmash of songs from different eras of writing with different lineups that, somehow, we managed to cajole into a cohesive piece of work.

It’s taken over a year and we did it all ourselves; recording, production, mixing, mastering, videos and promotion, so we’re immensely proud of the work we’ve done despite it being so stressful. Hopefully it will make people wonder what a DIY punk band can be.

Tell us a bit more about what’s going on in the new video for Entertainment 4 Sale.

Entertainment 4 Sale was written after reading about and seeing first-hand the bizarre and often disturbing results kicked out by the YouTube ‘kids’ algorithm. It’s also a kind of dystopian prophecy and concept song about these kids raised on this algorithmically created content, becoming the content generators and consumers of the future and only wanting to have algorithmically generated material.

In the video, we get sucked into the digital realm and we have to escape, only one of us didn’t make it back out of the computer. We lost our sax player Noodle in there, but she’s appearing on July 18th for one final show via hologram. 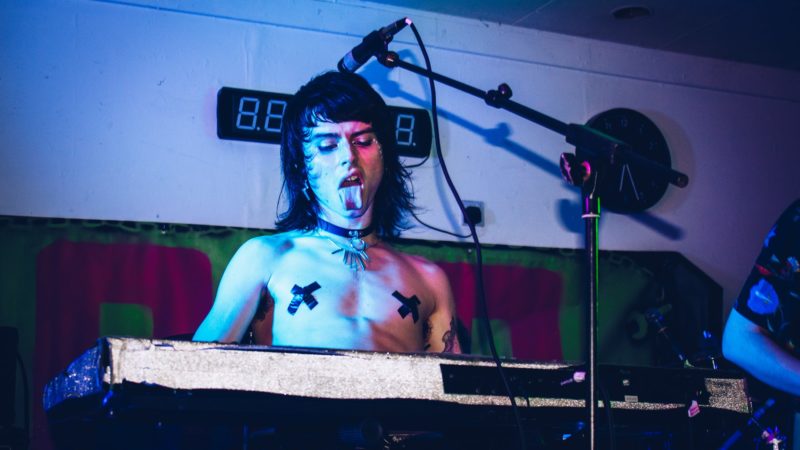 What’s the best part about being a creative in Bristol?

You’ll never be short of gigs, and people will come out on a whim to see bands they haven’t heard of. Everyone is incredibly supportive, especially the people ‘behind the scenes’, from the promoters to the venues and of course – the public!

What else can we expect from Martyrials in 2019?

We’ve got a slew of gigs coming up, including supporting Amyl and The Sniffers on 22nd June in Nijmegen; then Bath, Bristol, Portsmouth, Bristol (again) and then Rebellion Introducing stage. Then a tour with Romanian band Las Poftas in September.

We’ve got one more music video to drop (spoilers) and we’ve got a couple of tracks already in the works for the next album. It’ll be faster and raw-er, we’re gonna record it all straight to tape and keep production time to a minimum.