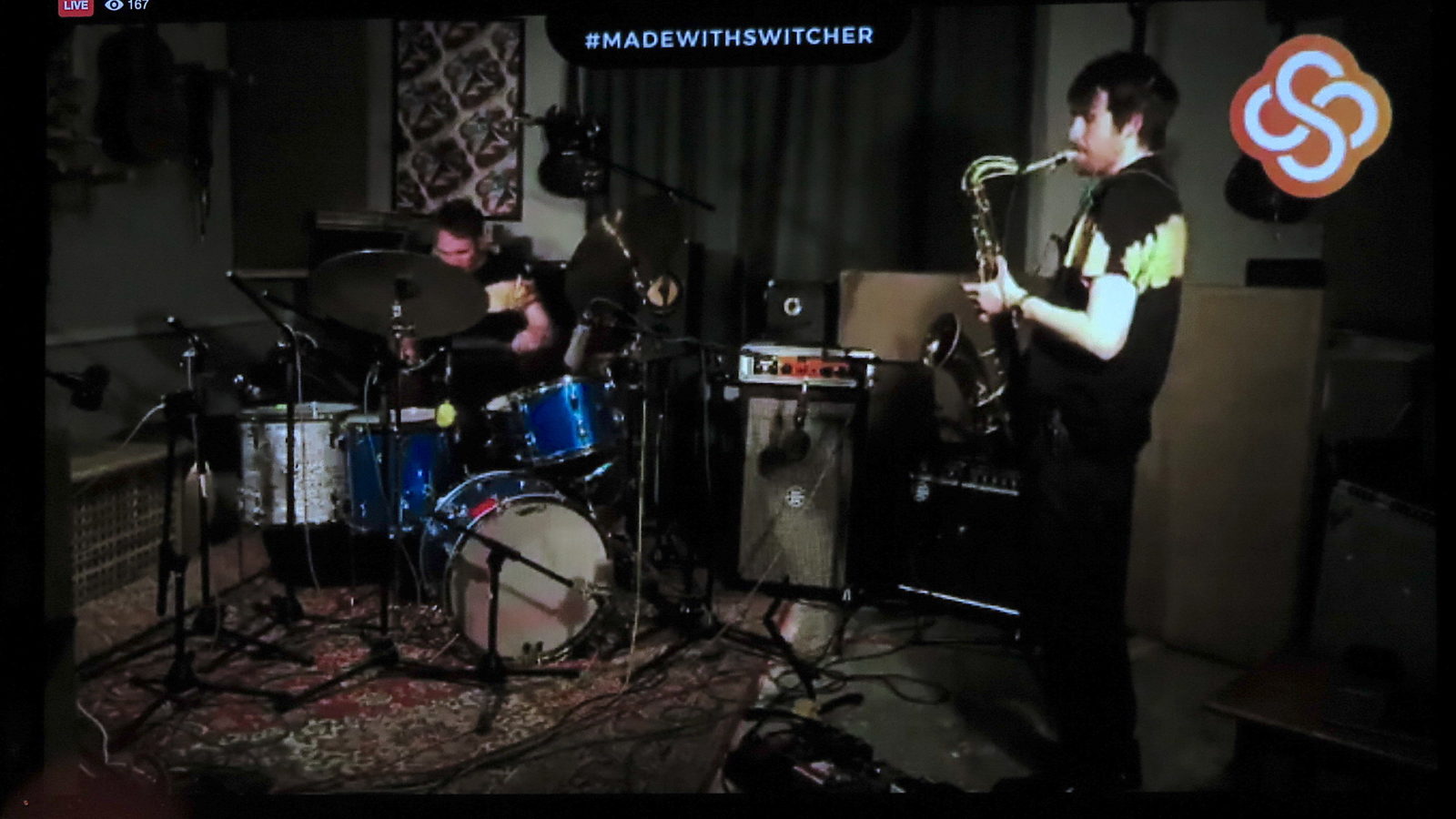 Ah the usual last minute flurry – where was my notebook? Camera? Only five minutes to go and I still hadn’t found the gig – panic, panic. And then I couldn’t get in! Ah! Years of music reviewing and it never changes … except that all this happened in my living room and the gig in question was being live-streamed from a home studio somewhere in Bristol. Like everyone else in the music community, fearsome spiritual jazz duo Run Logan Run have seen all their gigs cancelled almost overnight, but with quick thinking determination (and help from sound man Nick Dover and his video crew from Canyon Sound) they decided to go live on-line. 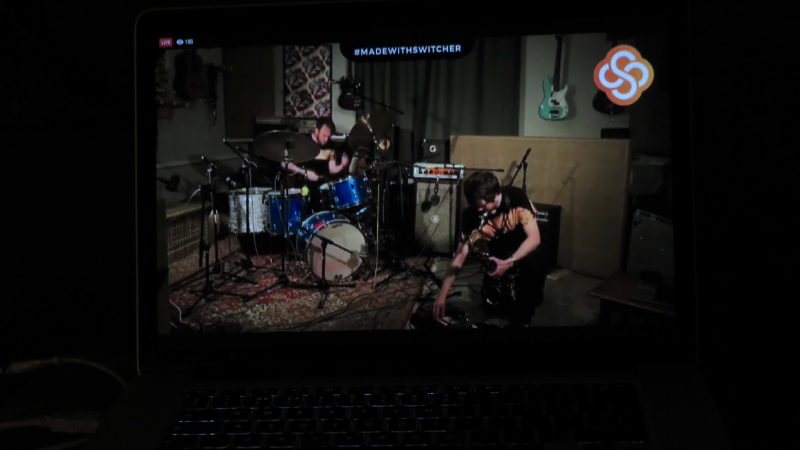 Thanks to a combination of wi-fi iffiness and the plethora of videos on the band’s Facebook page it did take me a while to actually find my way onstream but, once in the swim (and with the Bluetooth cranking up the sound quality), there I was – an armchair critic at last. And there, in matching beards and T-shirts, they were – Matt Brown flailing and gurning behind the drum kit and (at the Government approved distance) Andrew Neil Hayes rocking forward and back while blasting a multi-layered loop-riff on tenor sax. Around them the usual studio paraphernalia of amps, stands and random soundproofing was possibly too brightly lit (could the cameras have coped with a bit more atmospheric lighting?) but that’s a churlish complaint: they pulled it together and, musically, they pulled it off, too.

The point where I (finally) got into the gig was a classic moment that exemplified what this duo can do: an insistent wall of sound suddenly dropped to a single fast hi-hat, sustaining tension while drummer Matt changed sticks and Andrew dropped down to reset the pedals for his sax. The hi-hat beat fed into a steadily elaborating drum solo that reshaped the groove of things for a sudden crescendo to announce the sax howling into place. Once caught, the thinner sound of cymbals and high register horn was thrown bass-wards by a switch to tomtom, a kicked-in synth bass pedal and deep harmonics. It was a quintessential drop that would have had a packed crowd jumping up and whooping, and decidedly grin-worthy even from the depths of an armchair. And then it ground to a calculated halt amid studio laughter. Were we having a good time? Oh yes. 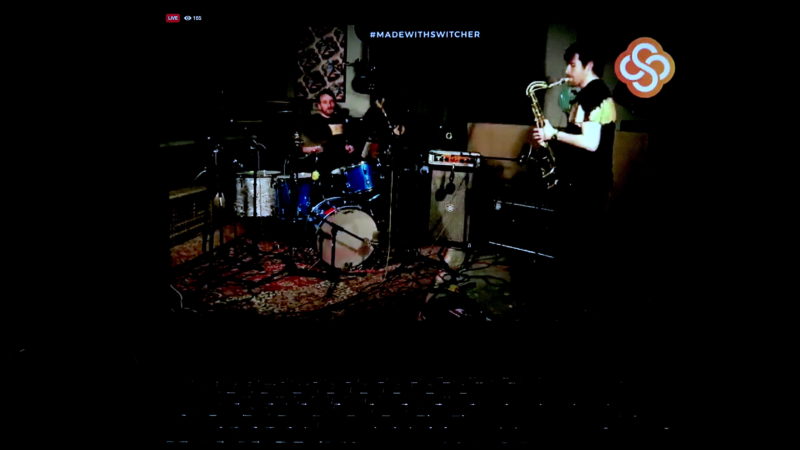 It was jazz imagination and technique playing to dance music rules, taken further in a new number (simply called A Dance Tune) that shifted between minimalist progressions and prog-inspired riff interludes, with a submarine sound that, on judicious occasions, burst through to the surface. Longstanding favourite Spiritual was exactly that, a lyrical melody with Coltrane-style thoughtfulness gently introduced by pattering finger drums to match the reflective atmosphere. The tune resolved into a layered sax anthem over strict tempo drumming that never overpowered the stateliness of the melody. Three Point Three nodded towards The Comet Is Coming – never a bad direction – with hard-pressing drums and deep harmonic sax working through a series of catchy 2-bar hooks and, finally an unnamed finisher saw Matt delivering an Ethio-funk riff and rhythm for a cascade of echoing sax with just the right free-jazz embellishments. Somewhere in that one the internet failed me but, by the time I’d re-established things the whole gig was uploaded anyway so I caught up with what I’d missed.

It must have been a bit weird to think about an audience in the room where you rehearse but we are all well used to Sofar, Tiny Desk and other impromptu live music contexts it felt familiar as a watcher. The element of liveness, however, felt especially important for jazz, which always is (or should be) ‘of the moment’ but the gig is up there still, so you can check it all out for yourself whenever suits. Most important, though – you can also recognise the value of live music by donating to the band through PayPal: most musicians have seen their incomes totally vanish overnight for the foreseeable future. It’s crucial we find ways of supporting them, and when you factor in the money saved by not buying tickets and/or drinks over a bar or putting it in the infamous bucket it’s surely only right to put some towards keeping Bristol’s enviable live music community going?