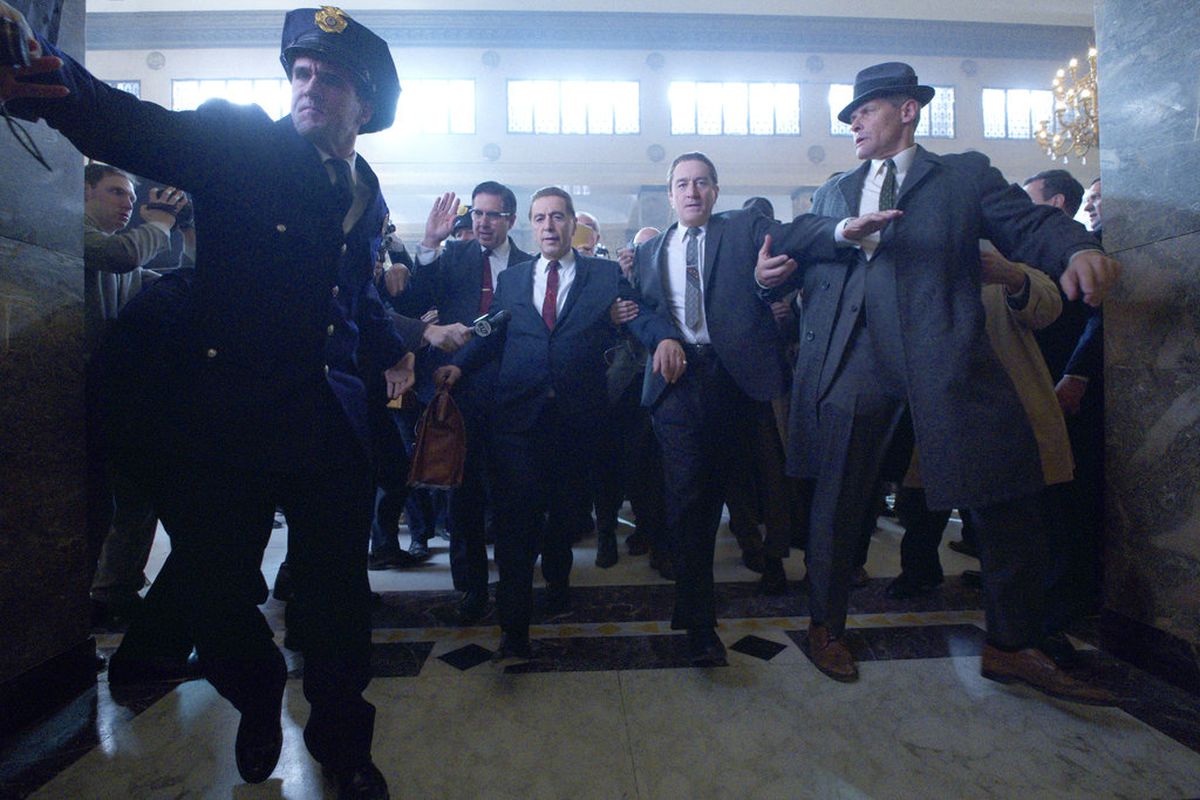 It’s the film everyone wants to see. The reviews have been ecstatic and the Oscar buzz is building. You might expect local multiplexes to be packing ’em in for Martin Scorsese’s The Irishman. But you’d be wrong. The film is showing only at two independent cinemas in Bristol – the Watershed and Everyman – and the Curzon in Clevedon.

That must be pretty good news for the Watershed, I suggest to Cinema Curator Mark Cosgrove the day before the film is due to open. “What do you think my answer is to that?” he laughs. “My head’s spinning – the reason being that it took probably six months to get Roma for two screenings. Now I’m opening Martin Scorsese’s new film and we’re one of only two cinemas in Bristol showing it. So yes, I’m very happy.”

Ah yes, Roma. Rewind exactly twelve months and you’ll find Mark considerably less happy. Alfonso Cuarón’s drama is picking up rave reviews and is on course to win three Oscars. It’s the kind of film that’s guaranteed to pack the Watershed for weeks on end. But they’re not showing it. Audiences are disgruntled and want to know why Bristol’s leading arthouse cinema isn’t screening the foreign language film of the year.

“What I’ve realised in my long lifetime in film exhibition is that people outside the business do not really understand how films get into cinemas,” he sighs. Under the traditional model, these prestige films are showcased on the international film festival circuit, then bought by distributors and exhibited in cinemas with a 90 day ‘window’ of exclusivity before being made available on other platforms. Then along came Netflix. A secretive, self-styled ‘disrupter’ with very deep pockets, Netflix has succeeded in luring many of the world’s greatest filmmakers, from Scorsese to the Coen brothers. But the company is not a distributor and initially had no interest in showing its films in cinemas.

“The whole film landscape has changed with digital,” argues Mark. “Digital is the disrupter. Netflix is a simply manifestation of digital. They’re just doing their job – and their job is to get £9.99 subscriptions.”

His job, meanwhile, is to get great films in front of appreciative cinema audiences. Squaring this particular circle has proven a major challenge that took months of negotiation through the London-based Independent Cinema Office to resolve. Now, it seems, the streaming platform’s attitude is shifting. It has even formed an alliance with independent distributor Altitude for some of its releases. “I think Netflix have realised there’s cultural value to the traditional exhibition model – i.e. a film gets reviewed for a cinema release, together with the profile and value that festivals and awards bestow. So we’ve shifted a huge distance from that Roma experience to Scorsese’s Irishman.”

And not before time, as there’s a glut of Netflix releases in the run-up to awards season. The Watershed has already shown Steven Soderbergh’s The Laundromat with Meryl Streep, and The King with Timothée Chalamet as King Henry V. Next up are Noah Baumbach’s Marriage Story starring Scarlett Johansson and Adam Driver, and The Two Popes with Jonathan Pryce and Anthony Hopkins on pontiff duties.

In each case, however, the Watershed has just a couple of weeks in which to make its loot from those who prefer to watch films on the big screen before they’re made available for streaming. Meanwhile, the rest of the industry is refusing to play ball because Netflix breaks the standard business model. All the major chains with a presence in Bristol – Vue, Cineworld, Showcase and Odeon – are refusing to show any of these films. Does Mark have any sympathy with their position, or are they on a Canute-esque hiding to nothing?

“I do have sympathy to the extent that some films deserve to have that kind of exhibition. If you think about Star Wars, it deserves to have the pizzazz of a cinema release. But it is King Canute. The logic says it will soon be available on all platforms. Disney are setting up their own screening platform, so you can imagine the next Star Wars being released on that at the same time as at the cinema. But you’ll pay a premium to watch it.”