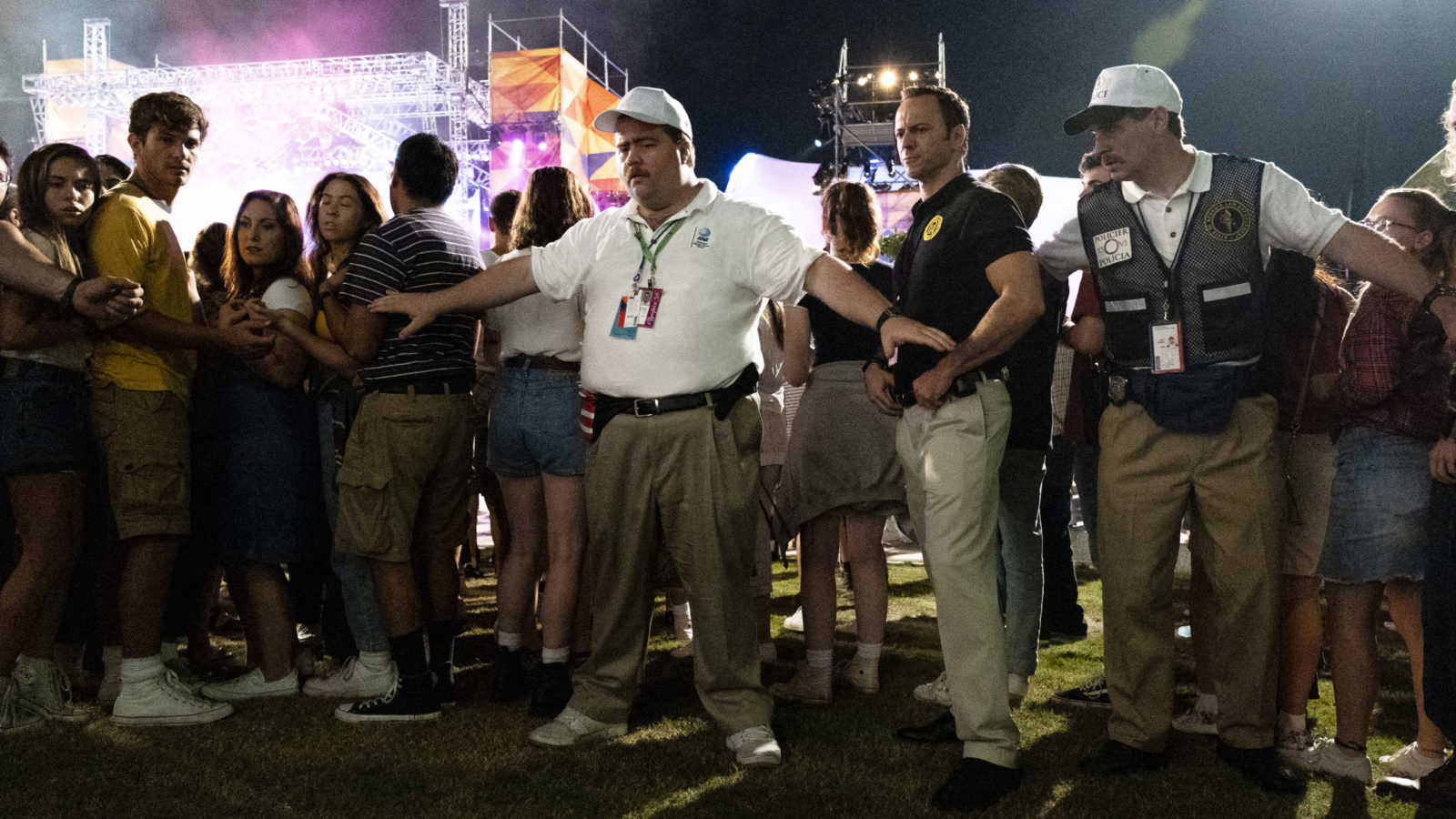 Ever seen one of those psychological profiles of a wanted serial killer, mad bomber or high school shooter and thought, “Hang on a moment – that’s me!” No? Just me, then. At the centre of the latest of Clint Eastwood’s dramas about ordinary blokes thrust into the media spotlight through an act of heroism (Sully, The 15:17 to Paris) is an important message about law enforcement authorities’ over-reliance on shiny new-fangled detection techniques and their consequent single-minded pursuit of the innocent that has led to so many miscarriages of justice. This goes some way towards mitigating the usual right-wing guff we’ve come to associate with American cinema’s most prominent Republican.

Weirdly enough, this true story starts off very much in the style of that 2009 bozo flick Paul Blart: Mall Cop, in which Kevin James gifted a grateful world his signature comedy move of being a fat fuck who falls over a lot. Like Blart, Richard Jewell (Paul Walter Hauser) is a portly, officious rentacop who dreams of being the real thing. He lives at home with his doting mum (Bates) and is generally viewed as an overzealous, borderline dangerous figure of fun. Having worked his way through several jobs, our lardy, eager-to-please hero lands a gig as a security guard at the 1996 Atlanta Summer Olympics. Inevitably, his co-workers swiftly conclude that he’s a self-important, by-the-book asshole. Until, that is, his persistence in investigating a suspicious package pays off when it’s found to contain an enormous pipe bomb. Having prevented a major loss of life, self-effacing Jewell becomes a national hero. Book deals roll in and people come up shake his hand in the street. For precisely three days.

Enter the FBI in the malevolent form of agent Tom Shaw (Hamm). Having apparently failed to investigate a telephone warning, he decides that, as a frustrated white man and police wannabe, Jewell fits the profile of the bomber. After all, wasn’t there that other attention-seeking security guard who did a similar thing? And don’t firefighters go round starting fires?

After I, Tonya (dim-bulb conspiracy theorist Shawn, remember?) and BlackKklansman, Paul Walter Hauser has pretty much cornered the market in thirtysomething white-trash loser roles and brings real pathos to the character of Jewell, who’s undone by his simple-mindedness and kneejerk genuflection to authority figures (“I’m in law enforcement too,” he repeats as the manipulative Feds stitch him up like a kipper). Sam Rockwell delivers another of his trademark quirky performances as the attorney with a soft spot for the schmuck, who struggles to rein in his client’s own-worst-enemy tendencies. But where the film really falls apart is in the cartoonish character of Kathy Scruggs (Wilde). While it’s certainly bracing to see an awards season film in which a journalist is portrayed unambiguously as an utter scumbag rather than a noble, tenacious seeker-after-the-truth, Eastwood’s pandering to populism in demonising her as the conscience-free, two-dimensional main villain of the piece even extends to showing her having sex with a source in exchange for the story. The real Ms. Scruggs cannot defend herself as she died in 2001, which leaves rather a nasty taste in the mouth and has led to accusations of ‘slut shaming’. Richard Jewell is also deceased, but at least he lived long enough to see the real bomber apprehended.