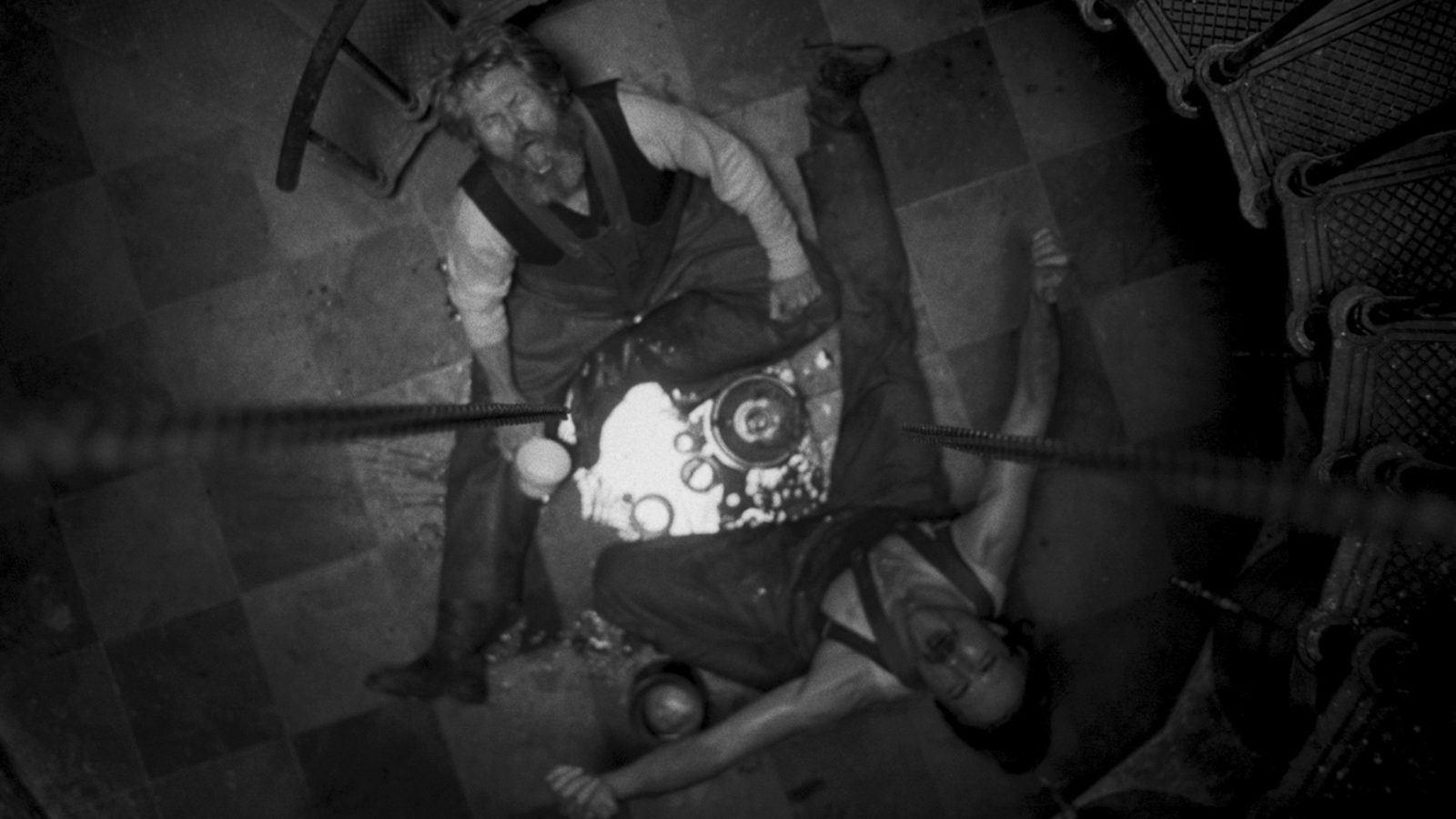 “Strong sex, nudity, violence, gore, disturbing images,” promises the BBFC’s enticing ratings info for what is billed as a horror movie. But anyone expecting the jump scares, copious FX shots and conventional narrative of mainstream horror is likely to be sorely disappointed by the Academy ratio, monochrome The Lighthouse. If you enjoyed director Robert Eggers’ atmospheric feature debut The Witch, you’re more likely to be prepared for this claustrophobic, hallucinatory and darkly comic fantasy, whose boxy format and inky black and white echo those classic Universal horrors of the 1930s.

A frequently homoerotic fever dream of psychological folk horror played out against the backdrop of relentless lashing rain and a sonorous foghorn, The Lighthouse is a deliberately ambiguous chamber piece, inviting audiences to supply their own inferences and references, from Coleridge to Greek mythology (what is the endless round of maintenance if not Sisyphean?) and beyond. And, yes, Melville – specifically when Winslow accuses Wake of peddling “Cap’n Ahab horseshit” and sounding “like a goddam parody”. Indeed, Dafoe pitches his performance somewhere between Ahab and Popeye, while apparently channelling the late Wilfred Brambell. Harry Potter/Twilight alumnus Robert Pattinson provides a perfect counterpoint to this ripe, slang-heavy seadoggery as the brooding, resentful younger man who seemingly triggers the descent into madness by his defiance of the gnarly old tar’s assertion that one should never kill a gull because they are reincarnated sailors. Mind you, the consumption of kerosene after the grog runs out might have something to do with it too.

This is a magnificent feat of pure cinema, piling up portents and visions as it seeps under your skin to corrode your nerves from within. Fans of Roger’s Profanisaurus will also be delighted to find that  the bickering duo also get to exchange some memorable, imaginatively coarse insults. “You smell like curdled foreskin!” immediately earned its place in this reviewer’s extensive repertoire.