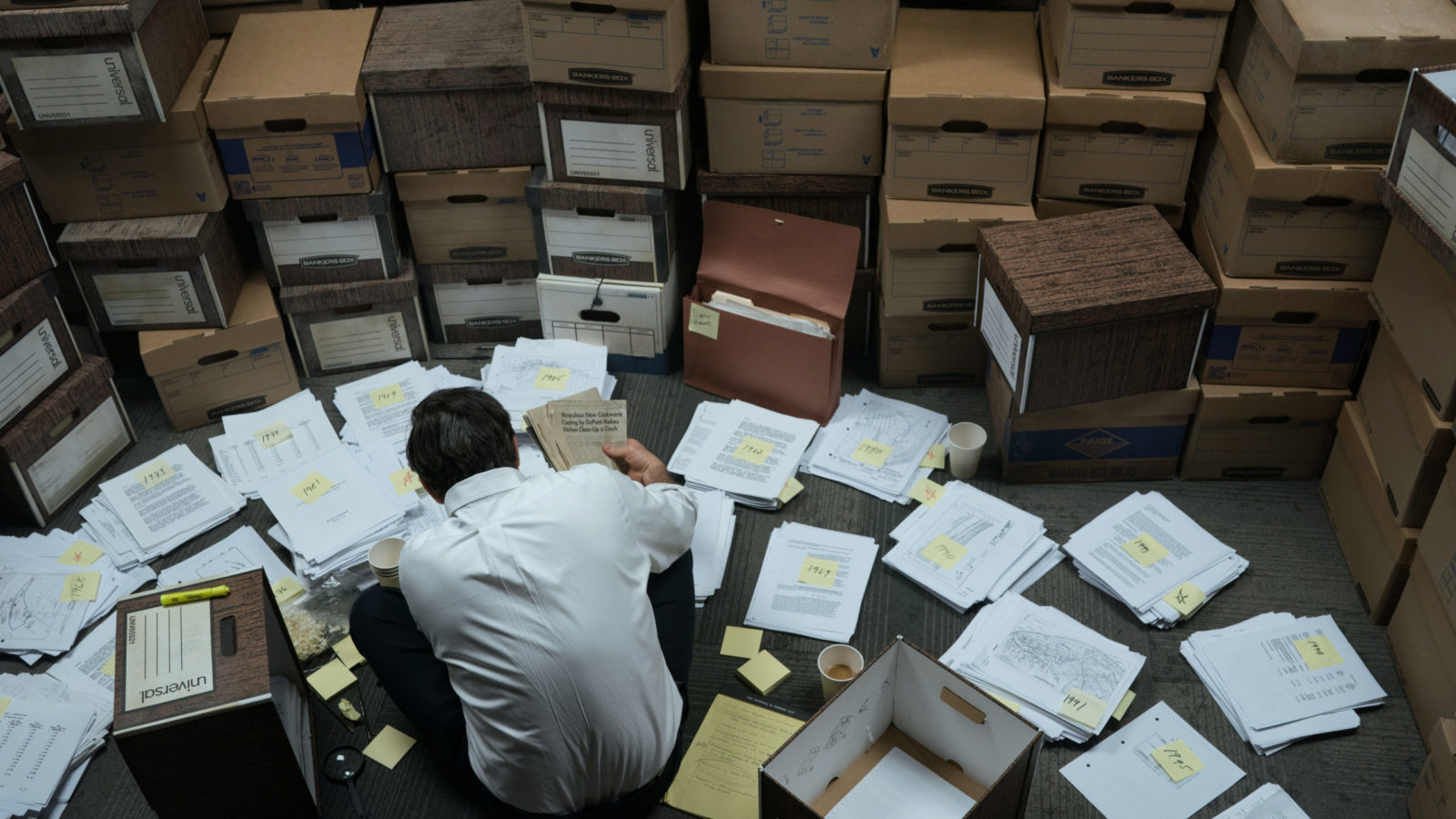 A caption at the end of Dark Waters tells us that PFOA – or C8, to its mates – can now be found in the blood of every single creature in the world. Never heard of it? This is a persistent carbon chain chemical manufactured by DuPont, which, by the company’s own admission, has been linked to kidney cancer, testicular cancer, thyroid disease, ulcerative colitis, high cholesterol and pregnancy-induced hypertension. The corporation knowingly poisoned farmers, its workers, customers and, well, the planet with PFOA for decades until a tenacious lawyer came along. Working with the muted colour palette of the Important Ishoo Movie after the gorgeous Carol, Todd Haynes might seem like an odd choice of director for a David vs Goliath legal thriller, but he handles this complex story competently enough. Even the film’s flaws won’t prevent you feeling very cross indeed by the time those closing infoburst credits roll.

Oddly, the film opens like a ’50s monster movie with a bunch of teens skinny-dipping in a polluted creek back in 1975. But rather than seeing them devoured by a rubbery mutant beast, we’re whisked forward to 1998 to find lawyer Robert Bilott (Ruffalo) climbing the greasy pole at the big city firm of Taft Stettinius & Hollister, who specialise in – oh, the irony! – helping corporate clients pollute with impunity. Enter a hick farmer named Wilbur Tennant (Camp) demanding to see Bilott about his deformed cows. Turns out he’s a chum of the lawyer’s grandma from West Virginia, which rather scuppers Billot’s attempts to keep quiet about his lowly rural origins. Out of respect for granny, our boy heads home to find that the community is both owned and recklessly polluted by the DuPont corporation. With the bit between his teeth, he persaudes dubious senior partner Tom Terp (Robbins) to let him dig deeper.

As drama, the film plots a fairly predictable course. DuPont uses its vast corporate power to intimidate its opponents (Disgruntled Farmer Sues City’s Top Employer reads a local newspaper headline) while Bilott comes under pressure from his own colleagues to drop the case (“You want to flush your career down the drain for some cow-hand?”). The narrative proceeds in skips and jumps and never reaches a truly satisfactory conclusion, but that’s probably a fair reflection of the messy, long-winded way in which the battle played out.

This was a passion project for Ruffalo, who also serves as producer, and he gives an impressive, vanity-free performance, portraying Bilott as a hunched, stressed-out, low-wattage figure with dogged determination on his side, who turns his knowledge of corporate America on the conscience-free stuffed suits ranged against him. Far less impressive is Anne Hathaway as his god-bothering, pregnant spouse, whose sole dramatic purpose seems to be to give Bilott an opportunity to explain his case at length. Even by dismal Hollywood standards of thankless wifey roles, this represents something of a low point. That’s especially mystifying given that Haynes is renowned as a director of women (Julianne Moore in Safe and Far From Heaven, Cate Blanchett and Rooney Mara in Carol, etc). The casting of Tim Robbins as Tom Terp is also something of a giveaway. He may vacillate under pressure from his colleagues, but you just know that when the chips are down this leading Hollywood Liberal is never going to stand in the way of a moral crusade.