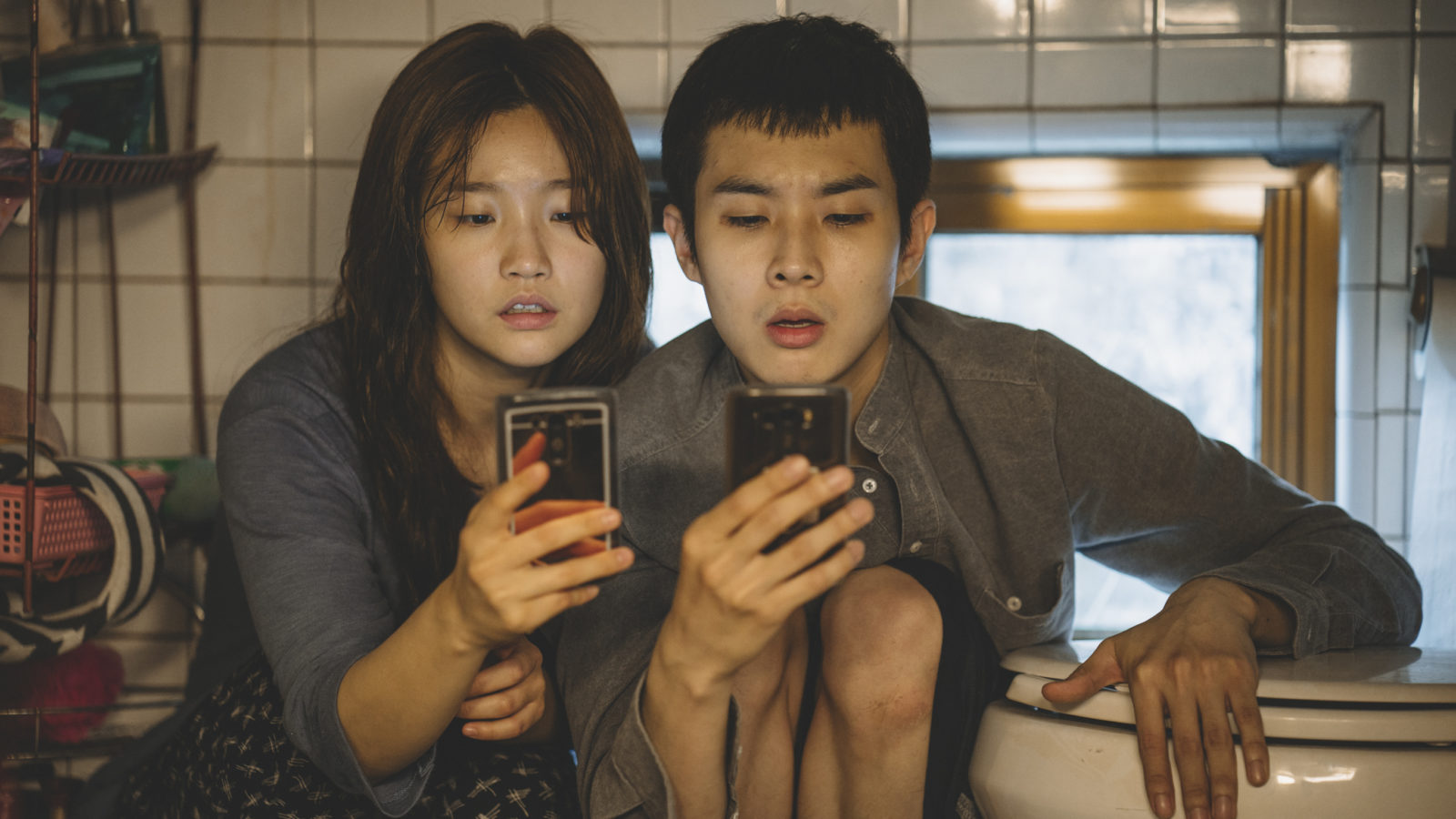 Certain to end up on all the most discerning Films of the Year lists, The Host and Snowpiercer director Bong Joon-ho’s astringent riposte to the genteel Downton Abbey school of upstairs-downstairs drama is a finely calibrated, pitch-black satire whose grand guignol finale will unite gorehounds and non-snooty arthouse audiences in whoops of joy.

The slobby Kims fester in a flood-prone basement on the shitty side of town. Drunks queue up urinate outside their window. When the streets are being fumigated, patriarch Kim Ki-Taek (ace Bong Joon-ho and Chan-wook Park regular Song Kang-ho) flings it open for free extermination of the stink bugs that plague them. But while the family may not have a pot to piss in, they are blessed with ample reserves of low cunning. Daughter Ki-Jeong (Park So-dam) is a skilled forger, which comes in handy when her brother Ki-Woo (Choi Woo-shik) needs a diploma to land a job as an English tutor. Such are his advanced bullshitting abilities that he’s swiftly taken on to teach instantly smitten spoilt rich girl Park Da-Hye (Jeong Ji-so). Equally smitten is Ki-Woo by the lifestyle of unimaginable wealth the entitled Parks enjoy in their modernist, architect-designed abode that literally looks down on the poor from its commanding hilltop position. Without revealing that they’re related, he suggests taking on Ki-Jeong as an art teacher to the Parks’ bratty, over-indulged son. The boy’s gullible mother Yeon-Kyo (Cho Yeo-jeong), who imports arrows from America to feed his cowboys’n’injuns fetish, is so impressed by the bollocks Ki-Jeong improvises after googling ‘art therapy’ that she’s hired on the spot. Before long, the entire resourceful Kim clan are rendering themselves indispensable beneath the Park roof, cleverly playing members of the household off against one another.

Further unpredictable twists ensue in this ferocious – and ferociously funny – fusion of the class war satire and tense home invasion thriller. Bong Joon-ho pulls no punches as his film cycles effortlessly through tones and genres to its jaw-dropping climax. But nor does he caricature the mirror image devious Kims and polite yet quietly contemptuous Parks as he toys with and ultimately challenges our sympathies. It’s a film full of bravura moments as his camera prowls through the sleek Park abode. One sequence is even strongly reminiscent of the brilliant A Quiet Night In episode of Inside Number 9.

His actors rise to the occasion too, especially ever-likeable Song Kang-ho as the crumpled Ki-Taek, who rejoices in the knowledge that “rich people are naïve” but is nearly undone by the fact that he literally stinks of poverty. That’s emblematic of this refreshingly black-hearted film’s untrammelled rage against inequality, cementing Bong Joon-ho’s reputation as one of the great filmmakers of our time.