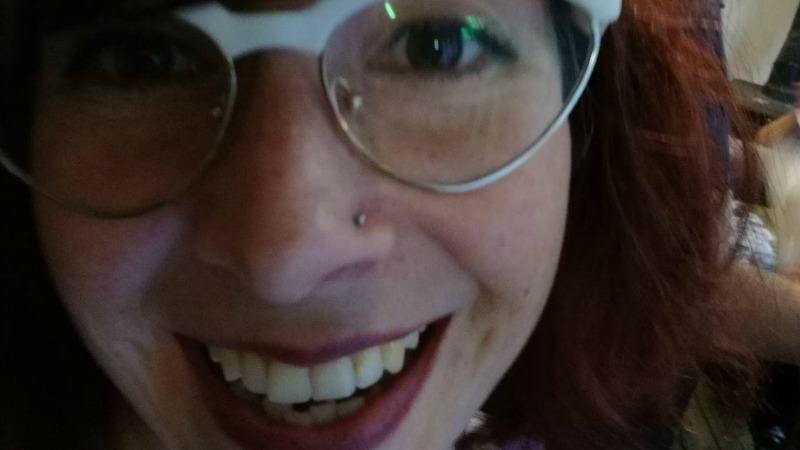 Now in its sixth year the Scalarama festival returns in September, delighting hardcore film fans and casual viewers alike throughout the country with a host of idiosyncratic pop-up and outdoor screenings. As ever, Bristol is getting in on the action with host of thrillingly diverse and eclectic events, from cult Brit horror Psychomania at the Bierkeller to Starship Troopers in the bucolic environs of Ashton Court.

With a whole host of local film clubs and enthusiasts once again getting involved including Bristol Bad Film Club, Bristol Sunset Cinema, the Cube Microplex, South West Silents and Hellfire Video Club, we caught up with film critic and 20th Century Flicks co-director Tara Judah to discuss her involvement in Scalarama and what it means for the city.

So for those who don’t know, what is Scalarama and why should they be excited about it?

Scalarama is a celebration of cinema. It’s honestly that simple. It happens across the month of September and the longer backstory is that it comes from the Scala cinema in London, now closed down, which held lots of repetory screenings, double-bills, cult films, classics and so on. When it closed down, Phil Foxwood, who at that time was running the Scala, decided to do another celebration of rep cinema and that started out in London as a small event. Then it grew and other cinemas around the country started to want to participate with a nationwide celebration that ultimately took off very well.

Then Phil and Michael Pierce got together and formed Cinema Nation and one of the things they do is spearhead Scalarama taking place every year. So that’s as broad as it sounds. Anyone, anywhere in the UK – in fact anywhere in the world – can get involved in cinema in September. It’s a real do-it-yourself festival. It’s not necessarily the case you’re working for Scalarama; you’re just doing it where you are.

Cinemas can take part but also it’s about encouraging and empowering those who are not already cinemas to put on film events themselves. So if anyone has a desire to show a film in a pop-up venue or would really love to see a particular movie being projected outdoors, what they get access to is a pot of funding to assist with promotion. But mostly it’s about access to people with information who can help you, so there’s a shared programme where people all around the country suggest things. I suggested Julia Marchese’s documentary Out of Print, and that’s playing in five venues across the UK. That comes from me thinking we should show it somewhere in the south-west, and because of that I thought other venues might like to show it too – namely the Prince Charles, considering they’re in the documentary.

So they took it on. They wanted to have the premiere event in London; the Genesis was also very keen. There’s a guy organising a screening at the Duke of York in Brighton, there’s another screening happening up at the Glasgow Centre for Contemporary Arts. And finally it’s going to the Curzon cinema in Clevedon as part of Cinema Rediscovered Presents. So the idea is people can suggest these things and if there’s enough interest, obviously that makes freight of 35mm print cheaper and it means you can negotiate better terms and rates with the distibutor. So often it’s cheaper for people to put films on during Scalarama – not in every instance of course, but often the distributor themselves will come on board to enable that to happen. Arrow for example have a list of films that are slightly cheaper to run during September; usually there’s a deal to be made with smaller distribs like Soda and Dogwoof as well.

So you get greater access to showing this stuff and also if it’s playing around the country under the umbrella of something bigger, there’s more word about it and more of a chance of people coming along. September is also traditionally a quieter month for cinemas, so the idea is that Scalarama reboots it for audiences, alerting them to the fact that cinema is still happening and that they can engage with it.

What is specifically happening with Scalarama in Bristol?

Loads! We have this lovely flyer that the very talented Rich Fox has put together. One of the really exciting events coming up is the Girl Walk//All Day screening and after-party on Saturday 3rd. This is put on by Anders and Bex, who I think recently moved to Bristol. They don’t run a cinema, but they have the Wardrobe Theatre and Old Market Assembly where they’re going to put on this feature-length music video and then they’re going to try and have this impromptu dance movement afterwards, which I think sounds pretty awesome. That’s really what the spirit of Scalarama is all about: things that don’t usually happen popping up where you don’t expect.

Also, Bristol Bad Film Club’s Ti Singh is doing loads of stuff, from Star Trek: First Contact at the At-Bristol planetarium to this bizarre British horror called Psychomania at the Bierkeller on Thursday 15th. If you haven’t seen it, the movie is truly weird and I can’t recommend it enough! Every month 20th Century Flicks hosts a movie at the Cube Microplex and this month we’re showing the John Carpenter movie In the Mouth of Madness. There’s also some nice collaborations that take place: the South West Silents Group are teaming up with the Curzon as part of a special heritage open day in which they’ll open their doors to their regular workshops, plus they’ll have screenings in the morning and evening. Their afternoon screening is High Treason, which will have a live accompaniment, and then in the evening they’re showing The 400 Blows.

So there’s a real mix – cult cinema and classic cinema, plus the likes of the Encounters Short Film Festival. The Hellfire Video guys at The Cube are showing The Human Tornado plus another mystery film. The guys at the Seventyseven Film Club, which is at the Arts House on Stokes Croft, are doing La Rabbia by Pasolini. There’s a lot happening.

What is the relationship between 20th Century Flicks and Scalarama and how is it flying the flag for this celebration of film?

That’s an interesting question. I only got involved with Scalarama two years ago so I’ve not been involved for a long time personally, but what I did last year was put on a lot of screenings. So we had Cagefest. We showed three of Nic Cage’s movies – Wild at Heart, Con Air and Drive Angry – at the Kino here. I had to run it at a loss, solely out of my love of Nicolas Cage, so sadly Cagefest won’t be returning this year.

However, it was a lot of fun. Last year I also did VHStival, so the shop was open late at night and people could come in and watch their favourite VHS movies, as well as a screening on the steps. There will be one of those this year, I’m pleased to say. It’s not in the programme because it’s been a late addition: on Friday 23rd September we’re going to show some of the Alfred Hitchcock Presents on the Christmas Steps, which also ties in with the Roald Dahl season at the Watershed.

But the relationship between 20th Century Flicks and Scalarama largely stems from my enthusiasm and desire to get involved. I think Scalarama’s great and I think it’s great that people are empowered to do stuff. There’s this really weird attitude in the industry sometimes that things should be kept under lock and key for certain people; programming is in fact very easy if you know where to look for the rights to things and who to talk to. I like being part of the conversation that enables people to do that. 20th Century Flicks is also a nice little hub of film in Bristol. People can come and take the flyers and take them elsewhere. We’re nice and accessible.

Also, when people move to Bristol who are into film, they do come here to ask us questions about how to get involved with things, what’s happening with film in Bristol. Lots of students also enquire about getting involved in films in Bristol. You can volunteer at the Cube and there are lots of opportunities at the Watershed like the Rife program and the BFI Film Academy.

So we are still a video rental store with a tiny cinema that keeps us ticking over, but genuinely we’re a bit of a film hub for Bristol, a place for cinephiles attracted to the homeliness of this place and the walls full of films. It’s like a little beacon of safety. So they come here and it enables that conversation to get going. It therefore made sense to be part of Scalarama and it made sense to be someone who could help with those sorts of conversations.

Lastly – and most importantly – will Cagefest be back next year?

[Laughs] We’ll see how things financially tick along! It would be great to bring it back. I apologise to people for not having it this year. It’s also largely because, on a practical level, I have to take my holiday in September so I’m not going to be here for the whole month. I will be here for part of it but not enough of it to be able to run Cagefest, sadly.