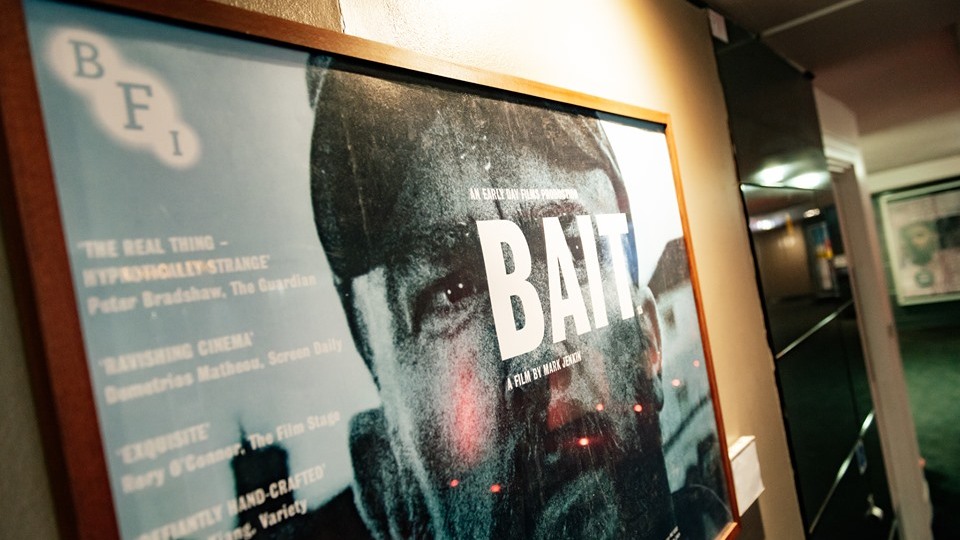 One of the biggest Bristol success stories of 2019 has been the film Bait from Totterdown production company Early Day Films.

Made on a tiny budget and shot in Cornwall in black and white on 16mm film, Bait tells the story of a fisherman whose life has been disrupted and bought up by tourists.

Bait has been the second most successful film at the Watershed in 2019 (after Oscar winning The Favourite) and has been nominated for numerous industry awards.

All the music for Bait was made by writer and director Mark Jenkin. “I started playing around with some drone ideas as a distraction from the editing of the film; something to take my mind off the cutting,” he told The Quietus.

“I was experimenting with delays and reverbs and decay and I began to feel that there was a nautical theme to the sounds that I was making.”

Jenkin never planned to release the soundtrack until he was contacted by Bristol record label Invada, home to bands including Beak> and The KVB, and who specialise in film scores.

The record will come out digitally on November 8 2019 and on vinyl early next year, with the film’s DVD release date set for January 20 2020.

Read more: How Bait took 18 months to be an ‘overnight success’