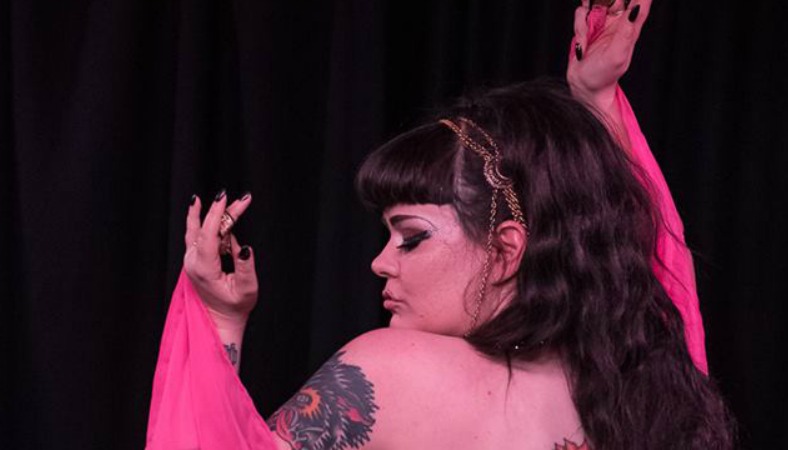 Tuesday Laveau is founder and co-producer of CoochieCrunch and Bristol Burlesque Festival, which returns for a fifth instalment from September 21-23 2017. As a performer and professional dancer she has travelled extensively, but is now settled in Bristol, teaching at Pink Kitten Dance School and working to raise the profile and standard of burlesque in Bristol.

When did your relationship with all things burlesque begin?
I came to burlesque in 2005. I started dancing in a trio and pole dancing, and then producing shows around Bristol with my husband at Start the Bus and The Croft. I went on to perform in New Orleans and New York – all over the US – and the UK.

In 2012, I had a website and blog where performers all around the world connected with each other; a knowledge base for other burlesque performers. Another local producer and I wanted to create a burlesque festival, and we approached Smoke & Mirrors. They said they would let us put on the festival, but thet wanted a burlesque show and they wanted it now. It was like a Judy Garland movie, we only had a couple of weeks to create this new show.

We called it CoochieCrunch, and CoochieCrunch is exactly what it sounds like. It’s a sacred stripper ritual where we all put our hands in together and then we put our pussies up to the sky and salute the stripper goddesses.

CoochieCrunch still runs every six weeks out of Smoke & Mirrors, and, except for maybe the very first one, we have sold out every show for the past five years, which I think is incredible, and am incredibly grateful. It just shows that Bristol appreciates burlesque, and we have a good number of Bristololian performers too, as well as performers from all over the UK, EU and USA. 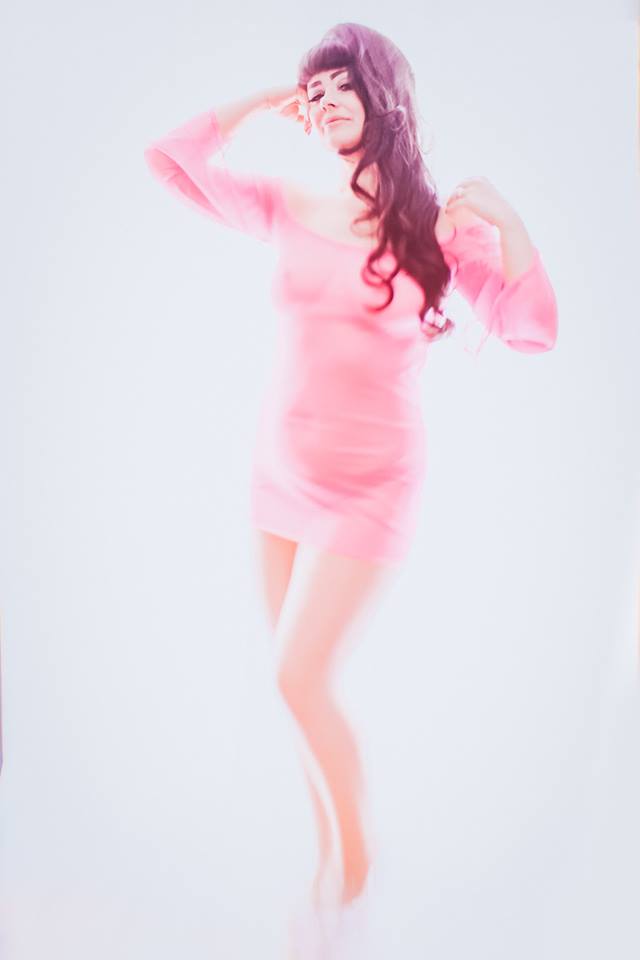 What was it about burlesque that attracted you?
Burlesque has a really long history, it’s been around for a long time – at least 2000 years. In the Old Testament Salome does the Dance of the Seven Veils, which is depicted in the National Gallery and in opera. Its didn’t start in the 1950s and 60s with the burlesque queens as many people think.

There was a big boom around the turn of the twentieth century with vaudeville and variety shows. Burlesque dancers become the biggest shows and stars, and it began to mean stripping in the 1940s. Laws changed and more topless clubs sprung up and the appeal fell away a bit. Lots of people don’t realise that there is a direct line to the modern day strip club from those old burlesque days. Lots of the grandmothers making costumes in strip clubs in 1980s were former burlesque dancers. There was a second wave, and that’s where I came in.

I first saw a show in New Orleans, in around 2001. I was 21, and it was incredible – it’s still one of the greatest shows I’ve ever seen. It totally blew my mind, seeing these women in incredible costumes and with incredible bodies, presenting – without apology or question – this powerful female sexuality. That really changed my whole world.

A couple of years later I moved back to Bristol I started pole dancing because I was working in an office and life was really really boring. I found a group of women, none of us with any formal dance training, but who had really found something with pole dance – a way to express ourselves. Through the pole dancing I met Hannah Nicholls from Pink Kitten, and we’ve stayed in touch – I work there now. That’s another big part of burlesque – upsetting the patriarchy and giving women and queer people and people of colour your money instead.

I just think burlesque is so transformative: we put on makeup and wild costumes, but there’s a lot of blood, sweat and tears, and late nights, and dehydration, that goes into it all. Shows take months of preparation.

Something I want to do through burlesque that’s really interesting to me is to showcase female voices. People want to separate burlesques from strip clubs, but I very much consider myself a stripper – I take my clothes off for money in bars – but I’m the acceptable face of stripping, and I want to elevate the voices of the women and the sex workers who aren’t.

Bristol Burlesque Festival is returning later this month. What can people expect from it?
It’s three days of performances, from September 21-23. Smoke & Mirrors is our amazing home venue, and if you haven’t been before then you should: it’s incredible, small and intimate and the performers are very close to you.

On Thursday, September 21 there’s an incredible lineup of performers at a show called Exclusivity, hosted by Dis Charge who is the co-producer of the festival, and then on Friday 22 we present Renegades at Bristol Improv Theatre – I’m really excited to go back there. We’ve got an incredible headliner called Knockout Noire from Olso – the ‘mic-drop’ of burlesque. She’s a powerhouse; a force of nature.

Our final show on Saturday 23 is called Paradise: we smash the patriarchy on Thursday and Friday night and on Saturday we revel in it. The headliner is Jeez Loueez from Chicago Illinois – she’s won awards and is held in high esteem by the entire industry. She’s absolutely incredible. We like performers who have a real ‘pow’ to their acts. 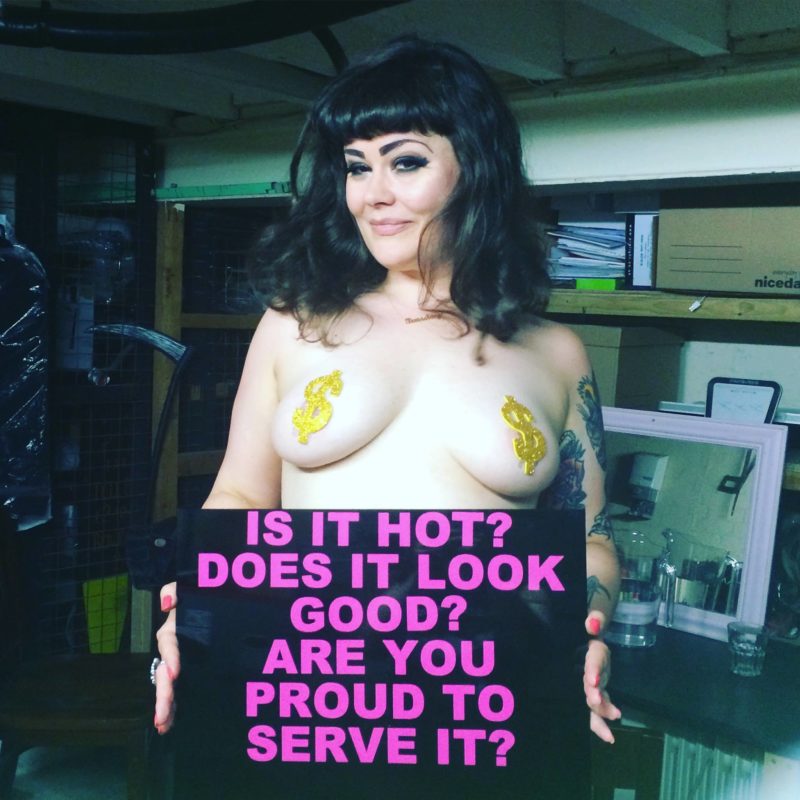 Is Bristol a good place to hold a burlesque festival?
I really do think it is, although as a small city there’s only so much audience, and we’ve struggled with venues. Burlesque performances need good sound, good light, a stage, decent seating and dressing room close to the stage. It was tricky to begin with, but we’ve now found a venue in Smoke & Mirrors that we can’t praise enough.

The festival always sells out – at the last possible minute! – and people are really receptive to what we do. We’re not for everyone and I wouldn’t want to be, but our audiences are such a range of people – 50/50 male and female, and from 18 all the way up to people in their 70s and 80s. We even have an octogenarian performer: we really do try to make sure the audience sees themselves reflected. Burlesque is niche and we like it that way.

For anyone who hasn’t been to burlesque before should come. We work hard to make sure the tickets stay affordable, and we pay all of our performers, which is important.

What are you most looking forward to at this year’s festival?
As well as the evening performances, we’ve also got two workshops happening in the afternoon on Saturday 23, at Pink Kitten Dance School: Work what your mama gave you with Knockout Noire and Twerk and jerk with Jeez Loueez. I believe in dance, and that everyone can dance, whatever style. I’m really excited to have two classes taught by two incredible women who want to share their skills. It’s a great opportunity for anyone who wants to try it – give it a go and see what happens!