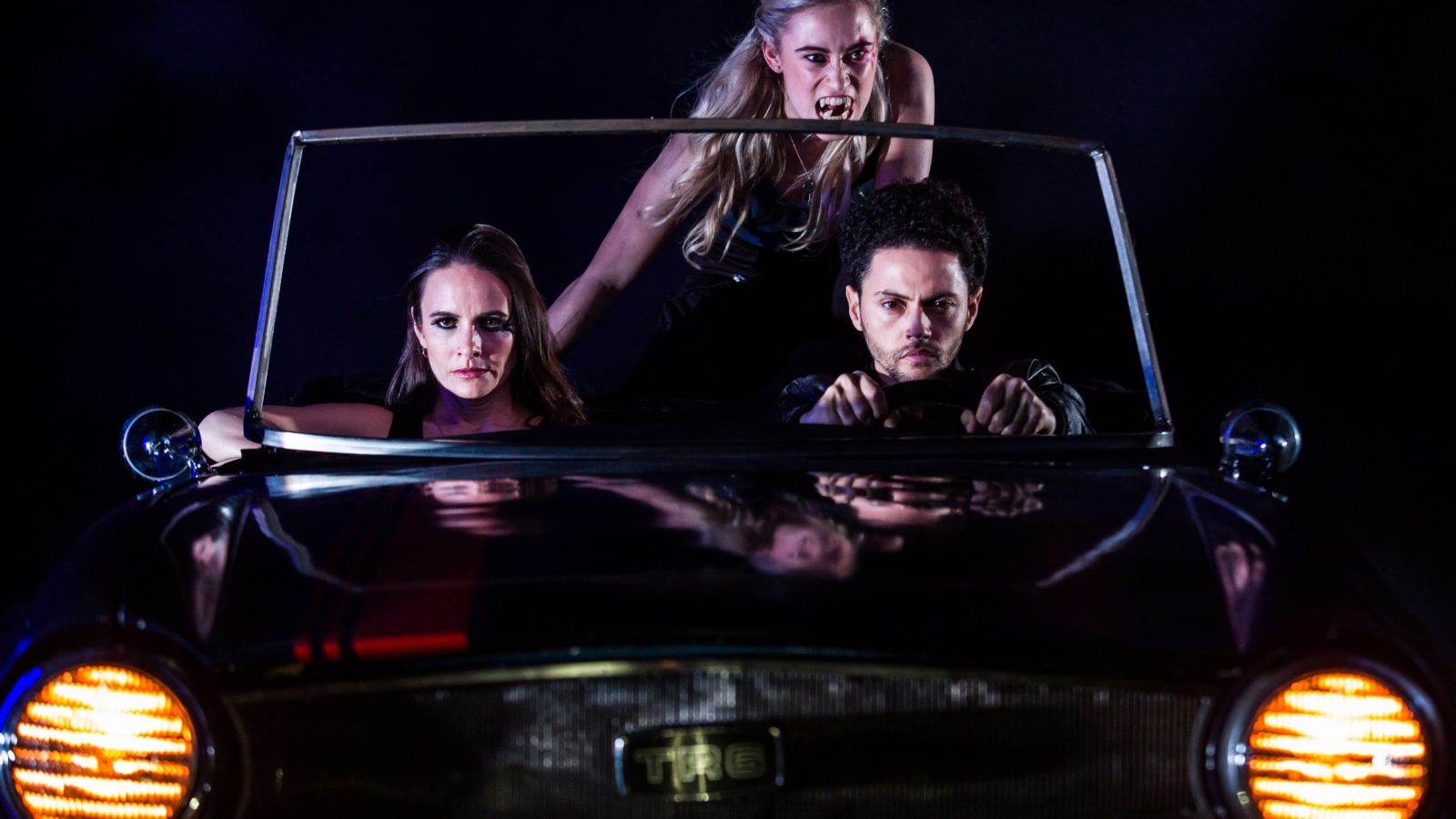 Attention all cinema fans – this may be an event for you.  Yes this is the dance page, you are not in the wrong place.  And yes, Mark Bruce Company is first and foremost a dance company.  But their performances are so much more.

Multi award-winning Mark Bruce Company (Dracula, The Odyssey, Macbeth) are associate artists at the Tobacco Factory Theatre, and are returning to Southville after a 7 year hiatus with Return to Heaven, a sequel to their 2013 performance, Made in Heaven.  Bristol 24/7 talked to Mark Bruce to find out more.

“I wanted to be a comic book artist or work in film and music” Mark tells us, and didn’t turn to dance until he was 17, despite it being in the family. He trained at Rambert, and soon after graduating, started Mark Bruce Company in 1990, relocating it from London to its Southwest home just 5 years ago, becoming a coveted Arts Council National Portfolio Organisation about the same time. They now have their own “factory for making dance theatre” on an industrial estate in Frome, “complete with heating and a sprung floor!” Mark adds.

The Mark Bruce Company style doesn’t really fit into a category box. Mark says “I’m working on a dance vocabulary that’s influenced by everyone I’ve worked with. The company pursues the vision in my head. My influences are cinema, graphic novels, David Bowie’s sense of theatre, and traditional theatre’s use of narrative.  I bring in collaborators to put my imagination on stage”.

You will see influences of jazz, floor work, tango – more than just a single style of dance, although Mark admits that the bracket is likely to be contemporary. “Return to Heaven is theatre, but the steps are dance. The work is like watching a film on stage.  Deep down I want to be a director.  The world around us is very visual. To see this work people don’t need to know anything about contemporary dance. It is thought provoking and entertaining”.

Return to Heaven has been a 2 year long exploration of themes. Mark tells me that it is still on its journey even when I interview him in early January. “It revives the edgy surreal elements of Made in Heaven, but you don’t need to have seen the original to appreciate the new piece”.

The performance is described as dance theatre at its most potent and ambitious, with influences of William Burroughs, old horror films and Victorian chillers. A hallucinatory nightmare of unleashed demons, sinister scientists and supernatural forces. ‘Imagine the world of Indiana Jones as viewed through the lens of David Lynch, set to a soundtrack ranging from Penderecki to Lanegan’.

“People say that the work is dark” says Mark. “It is dark, beautiful and savage, but that’s what life is.  However I always try to find redemption, and I bring humour into this piece by mixing the ancient with the contemporary, in this case combining mythology with a desire to do a Curse of the Mummy piece”.

Mark’s appreciation for ancient mythology can be seen throughout the work, especially the use of symbolism and archetypal subject matter.  “I like to find the archetypal in the every day.  There is mayhem and savagery, but there is also the rebuilding of hope”.

“The Tobacco Factory is a special place” Mark continues. “We first performed there in 2010 – this time we’re bringing our own sprung floor. It’s technically challenging to fit our set in the space.  The closeness makes the performance even more visceral – it’s a punch in the face, an assault on the senses, a visual feast.  It’s for movie fans, but very live and much more intimate”.

Return to Heaven is at Tobacco Factory Theatres Wednesday, February 5 to Saturday, February 8 2020. For tickets and more information, visit www.tobaccofactorytheatres.com/shows/return-to-heaven/ or view our listing here.