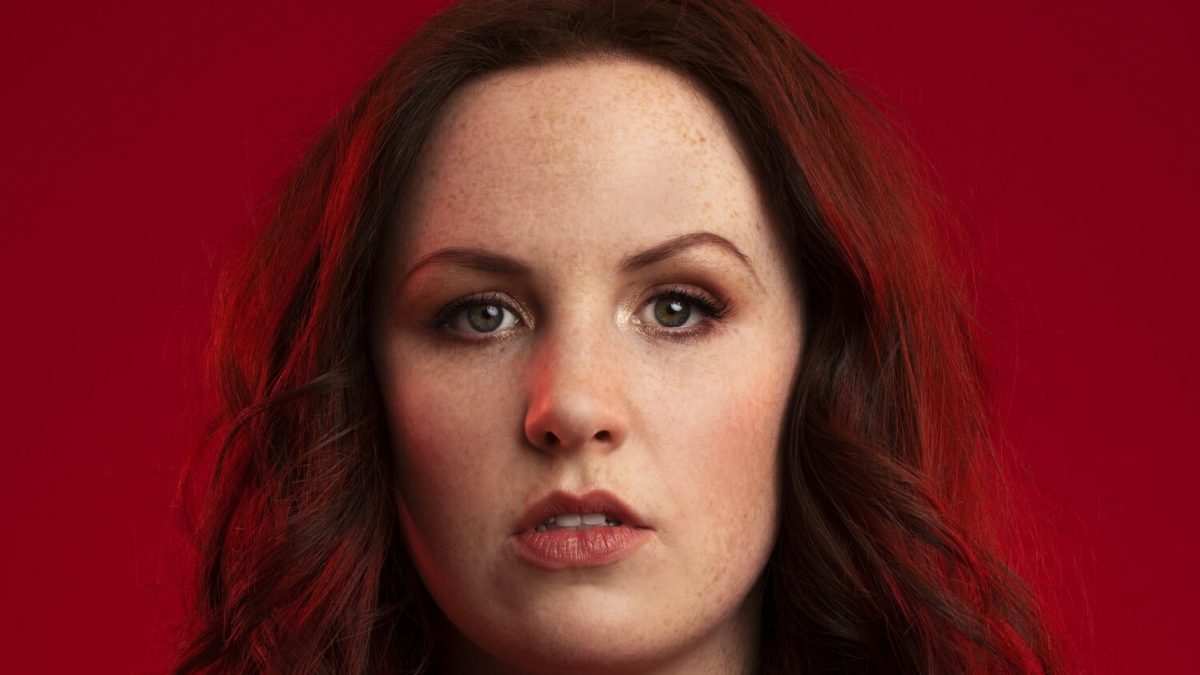 One hundred and seven is the figure scrawled and ringed in biro on the Wardrobe Theatre box office register. They’re an animated bunch who sit down to enjoy an evening in the company of Catherine Bohart on the fifth stop of her first ever UK tour.

It does not take long to warm to Bohart, who bubbles onstage and dubs the audience ‘legends’ for selling out the venue. She is puppyish in delivery, pausing neither for breath nor thought, and you get the feeling she’s genuinely excited to be there. It’s infectious.

She has a naïve demeanour that softens the sharpness of her wit, deftly improvising in response to the pinball-randomness of a black-box comedy slot.

Her rapport with the audience is her strongest card, and one she plays right from the off, spending much of the first 20 minutes befriending the entirety of the front row. The spotlight on Pam and Emily is a particular treat: the mother/daughter duo are returned to time and again as a sounding board for some of the inter-generational discrepancies that emerge throughout the show. 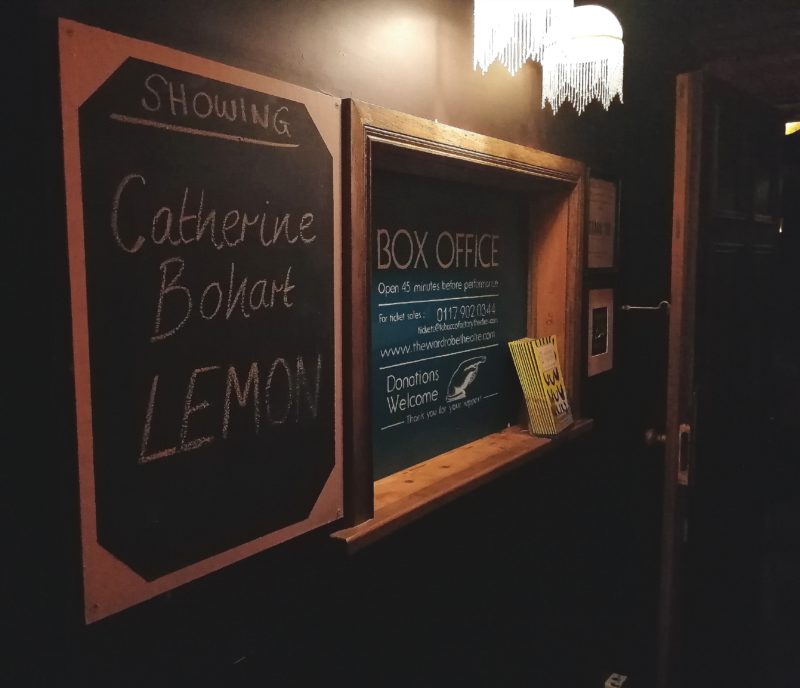 After a short break, Bohart commences the main set of her show by describing one of the less-welcome residents of a Bohart front-row: a miserable woman in a yellow cardi who sat obstinately through her confessional debut hour Immaculate at the 2018 Edinburgh Fringe. Bohart was troubled to overhear her commenting that it had been ‘disgusting’ and remarks on the tiresome tendency for people to conflate discussion of sexuality with talking about sex itself.

What follows this sobering tale is a flagrant defiance of the canary critic. Bohart flaunts the disgusting with gay abandon, her material brimming with fingers in bums, clits, quickies and fanny smells.

But grotesque is not the only trick in her book. She paints an endearing portrait of her girlfriend, fellow comedian Sarah Keyworth, and their new flat above a Conservative office (with a spare bedroom!) is the site of some effective material on cohabitation and domesticity. This theme casts the net wide, but the anticipated riffing on lesbian relationships garners as many laughs since the lion’s share of the audience – Bohart happily acknowledges – conforms to a “strict demographic.”

It is no surprise, then, that observations on gender differences form the backbone of the show. 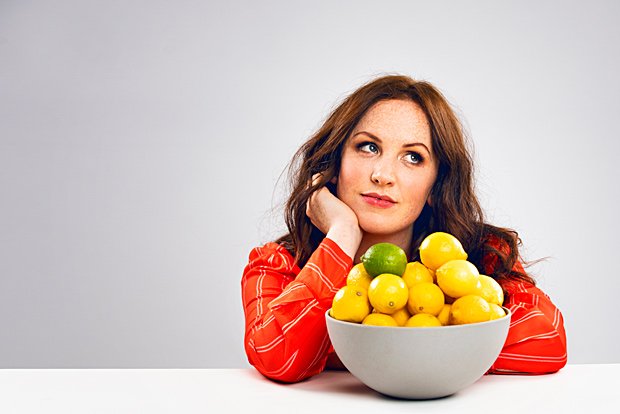 “We smell nice and you’re violent,” she claims. It’s the kind of mischievous content that could seriously raise some hackles in a room of people selected randomly from across the census. But they’re all behind her. Make no mistake: Bohart’s mischievous fun-poking is nothing more than playground teasing.

If anything, there’s a conscious effort by Bohart to include the boys in the audience, whom she fears she will scare. She congratulates one on the front row for resisting breaking eye contact as she brings her bit on sex toys to an energetic climax. Another receives a round of applause from the audience, cajoled by Bohart, for being an ‘honest man’ and admitting that yes, he only has one move in the bedroom.

She’s the master of a good metaphor, and a comparison of her improving-but-not-great relationship with her body to the Troubles is met with a smattering of titters (“we don’t have to get on, but the violence must stop”).

Catherine Bohart performed Lemon at the Wardrobe Theatre on Thursday, February 6. For more comedy at the Wardrobe, visit thewardrobetheatre.com/whats-on