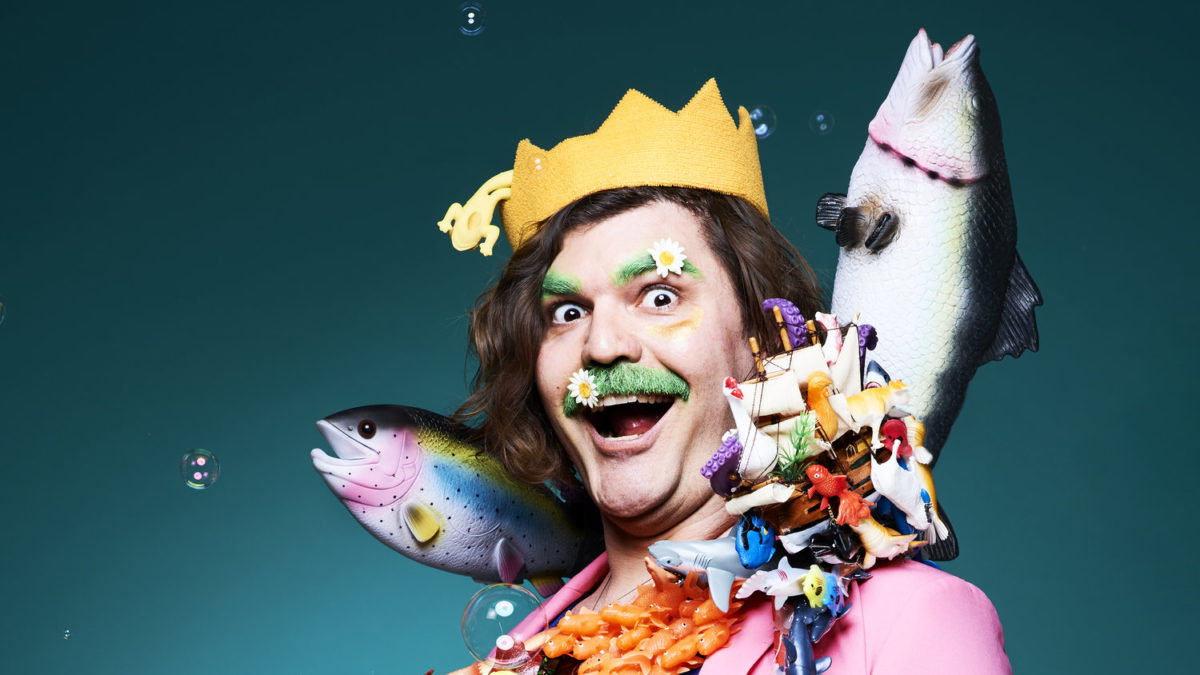 The critically acclaimed idiot John-Luke Roberts returns to the road with another ridiculously long titled show this autumn.

In a brand-new hour of extraordinary daft-hearted comedy, expect to not know why you are laughing once more… even when he gives you the punchline first.

Jokes about staring into the Nietzschean void, the stupid decisions of kings and how Pinocchio can save the world all might make appearances in this hour of absolute silliness. But then again, maybe they won’t. Who knows what could happen!

We caught up with John-Luke for a quick chat about Oompa Loompas, the need for precision in nonsense, and how the world of bus conducting may have missed out on a hero.

So, John-Luke. Tell us about the new show, and where its ideas and elements have come from.
I hate surprises, so I give the audience all the punchlines to all the jokes at the start of the hour. Then I play a bunch of different characters in a bunch of different sketches and jokes, and try to be as stupid as possible. The hour FLIES BY and then everyone goes, “well that was very funny indeed I’m very glad I laughed so much”.

One review of the show mentions Nietszche and the Oompa Loompas, and namechecks Python as an influence. Who or what have been your main comedy influences?
Python, definitely; Victoria Wood; Alan Bennett; Eddie Izzard in his Nineties pomp; Maurice Sendak; Tom Lehrer; Douglas Adams; Parks and Recreation; Simon Munnery; Ali Smith; The Garbage Pail Kids (not the movie); Looney Tunes.

How was Edinburgh for you this year? Are there tricks you learn in order to survive and even enjoy the month?
I had a lovely time: sold more tickets than I have before and played the biggest room I’ve played. It’s a long old month, and more tiring than it has any right to be. But you learn to look after yourself and get through it. I go swimming and sit in a sauna every day, and try to get early nights.

Is your kind of high-octane, often surreal comedy harder to pull off than straight/true-to-life/confessional stand-up?
I like this question. I’ve done very emotional, painful, revealing shows, and very silly nonsensey ones. I think the assumption is that the confessional ones are harder, because you’re baring your soul.

But laughter comes from the release of tension, so confessional stand-up can be easier to pull off: the stakes are high when you’re talking about emotional things, so the tension is higher, and big laughs can be easier to get.

Any joke, no matter how stupid, has to have some level of emotional investment in it – whether that’s being angry (“Pelican crossings make me so cross these days!”) or sad (“It’s hard when you get dumped by an Oompa Loompa”). But when the audience knows that you’re talking nonsense, you have to be more precise, and the jokes are more delicate.

What do you think you’d be doing, if not comedy?
I have absolutely no idea. Maybe I’d have found an internal contentment that today I can only dream of. Maybe I’d be a bus conductor.