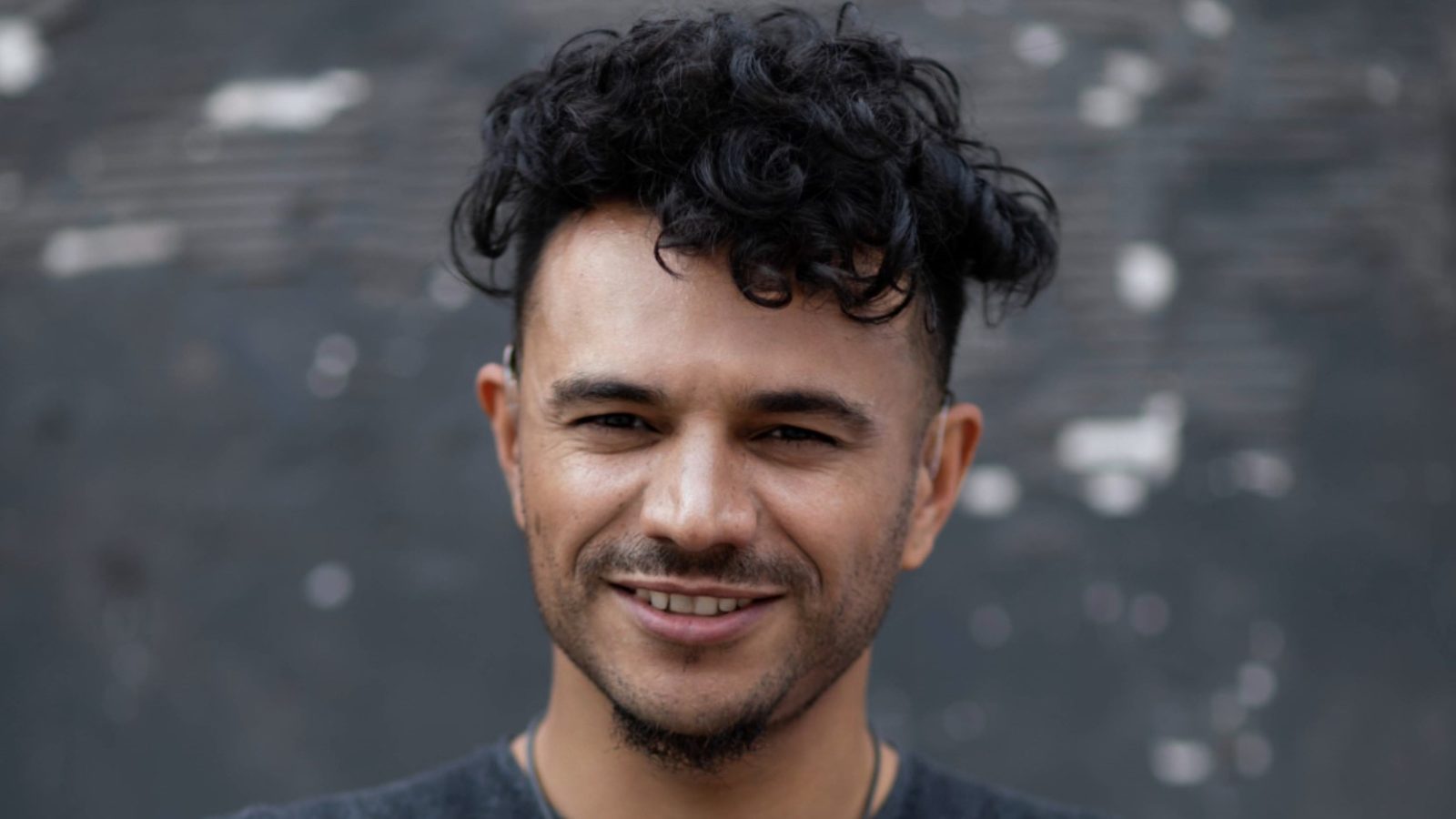 The Wardrobe Theatre is a perfect venue for spoken word; intimate and cosy, with the next day’s cardboard set still in place. We are welcomed in with our pints and wine glasses, to sit back, and enjoy the poetry.

Anna Freeman compèred with all her usual wit. The beauty of Blahblahblah’s spoken word events is that you seem to have been welcomed into a close group of friends, with Anna as a personal guide – and with a poem just for you.

Shruti Chauhan, from Leicester, was the first poet to take the mic. With her lovely storyteller’s voice, Shruti told tales of her childhood, infusing her first poem, Relations, with the many Gujarati words for uncle and aunt, and poked light-hearted fun at the crudity of the English language. Her sky poems evoked beautiful imagery with clever word-play, while her poem about Ebola, had even the stoniest hearts pondering the plight of maybe-not-so-far-off people who, supposedly, We’re Nothing Alike.  Then Shruti rewarded us with some comedic relief in a poem about a woman trying to pay for a £1 DVD exclusively in pennies, and the kindness of the anonymous woman who helped her. We look forward to Shruti’s pamphlet, That Which Can be Heard which is published by Bristol’s Burning Eye Books on November 18.

The next performer was Bristol-based rising star, Tom Denbigh.  His poems are filled with pop-culture puns that have the audience groaning good-naturedly. This Charming Man satirises Instagram culture in a way that is, as he says, ‘#relatable’. Chekhov’s Lover reflects on relationships and being cheated on and is a little bit heart-breaking despite Tom’s characteristic humour. Siren was wonderfully performed. We were completely taken into the story of a girl reading in a cafe and the multitude of creepy men who bother her while saying, “I love a girl who reads”.  It contains a brilliant punchline of revenge that every person who has been in a similar situation will appreciate.

Headliner Raymond Antrobus took the stage to read from his debut collection of poetry, The Perseverance. His is a powerful, strongly rhythmical performance.  He speaks passionately about the lack of funding for d/Deaf schools and illiteracy among children in the d/Deaf community. The way we tend to perceive sound is an overarching theme, while he also explores ideas of race and how we look at language.  Two Guns in the Sky for Daniel Harris, talks about the ignorance of the hearing world to BSL, ASL and other sign languages. The elegiac poem is dedicated to Daniel Harris, a d/Deaf man who was shot by a State trooper in America because he didn’t understand Daniel’s signing.

In Happy Birthday Moon Raymond changes moods as he takes us on a lyrical journey of tender reflection on his grief after the loss of his father. His poem reminisces on happy bedtime stories, sitting against his dad’s chest to he can feel the vibrations of his voice.

His next poem, After Reading Deaf School by the Mississippi River is a thought-provoking response to Ted Hughes’ poem Deaf School. Raymond subverts the ridiculous idea that d/Deaf children live without language and that the children there are animalistic or ‘lacking a dimension’. Raymond jokes that since the Ted Hughes estate have threatened to sue him, the copy of Hughes’ poem in his book is crossed out –– but this hardly matters since it is Raymond’s response that now counts.

Raymond’s last poem, Dear Hearing World, has great impact and opened my eyes to a community I hadn’t even realised I’d been ignoring. As the name suggests, the poem addresses the hearing world – those who “were glad to benefit from audio supremacy”. He states that in a world that is built for those who can hear, “Deaf voices go missing like sound in space”.

Raymond Antrobus sets himself as the astronaut on a mission to bring those voices back – making sure d/Deaf voices are heard in poetry.

Raymond Antrobus’ collection, The Perseverance, is out now. For more information, visit www.pennedinthemargins.co.uk/index.php/2018/09/the-perseverance/

Blahblahblah returns to The Wardrobe Theatre on November 5 with Koko Brown, supported by Deanna Rodger. For more information, visit thewardrobetheatre.com/livetheatre/blahblahblah-white/