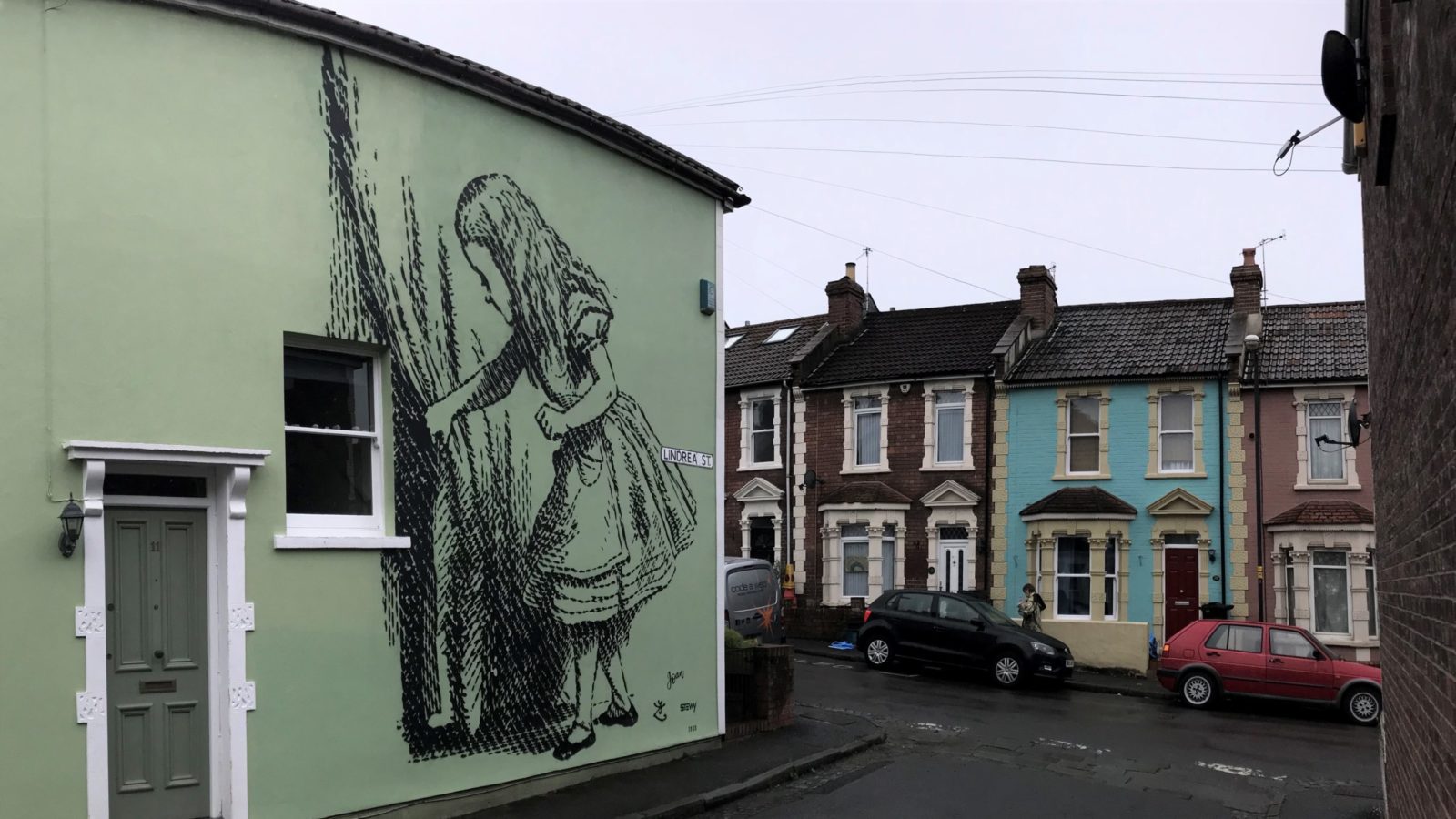 Alice’s Adventures in Wonderland have come to a quiet street corner in Bedminster.

Based on an illustration by John Tenniel in the famous book by Lewis Carroll, the new 4.5-metre high piece shows Alice pulling back a curtain and peering into a real window.

Commissioned by the owner of the home, it has been painted by Bristol artists Stewy and Joan on the corner of Lindrea Street and Agate Street.

“Joan original conceived the idea to highlight her condition ME but saw a comparison of feeling small, withdrawn and isolated to the Covid crisis we have all been dealing with this year,” Stewy told Bristol24/7.

“The large-scale Alice appears during the scene when she alters scale by drinking and eating mysterious items.

“The most obvious theme that can be found in Alice’s Adventures in Wonderland is the theme of growing up. 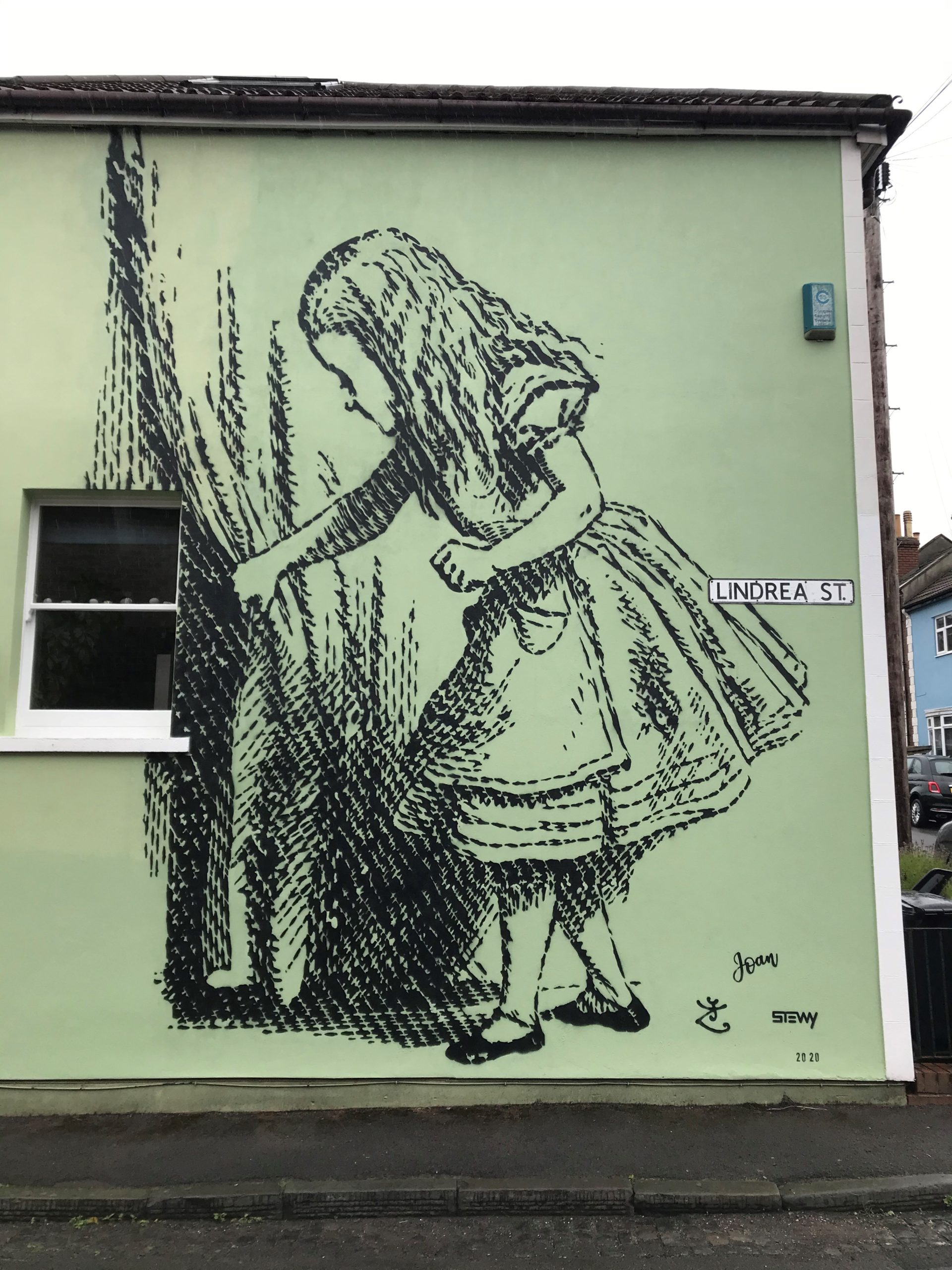 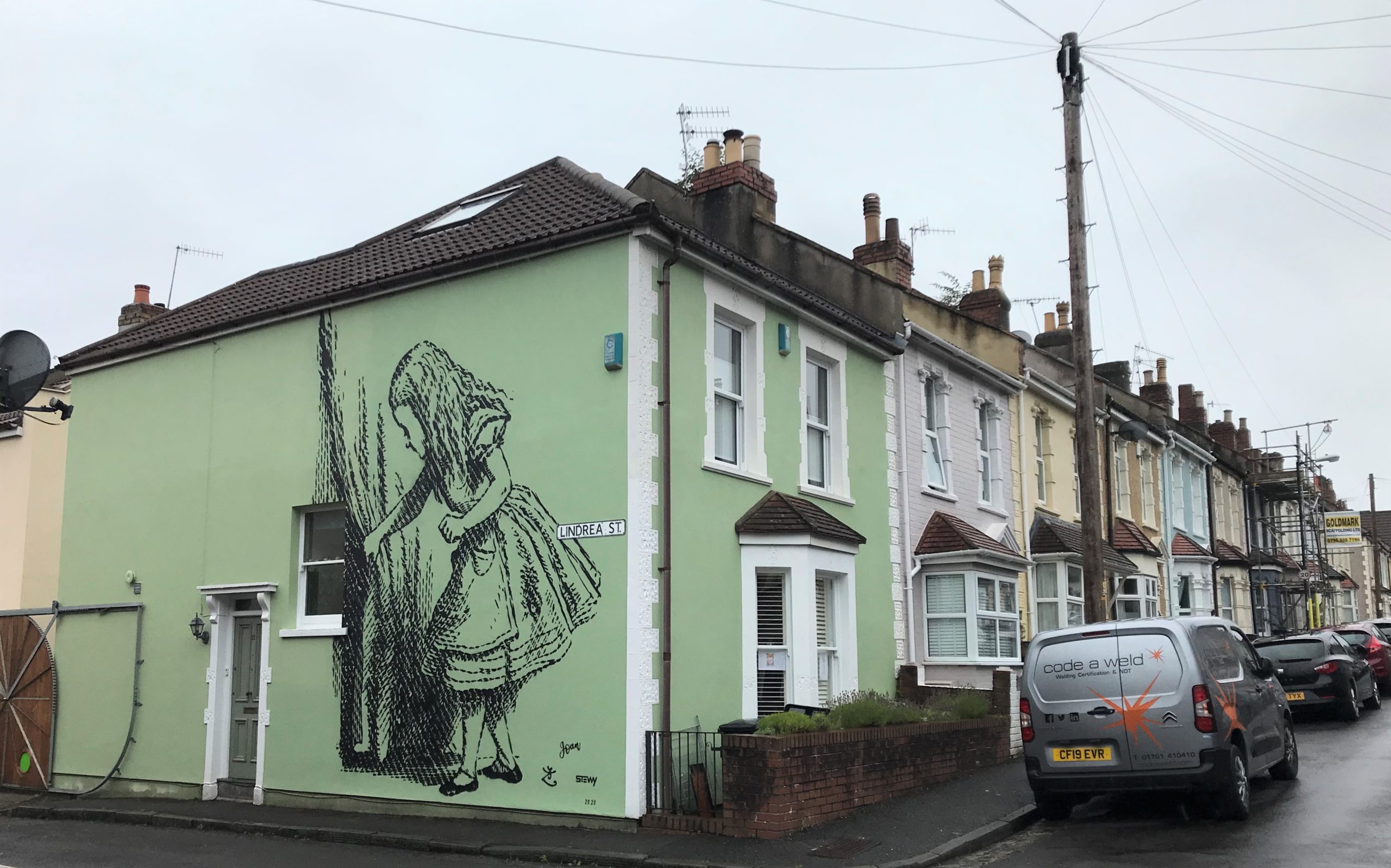 The 4.5m-high piece was painted by Stewy and Joan – photo by Martin Booth