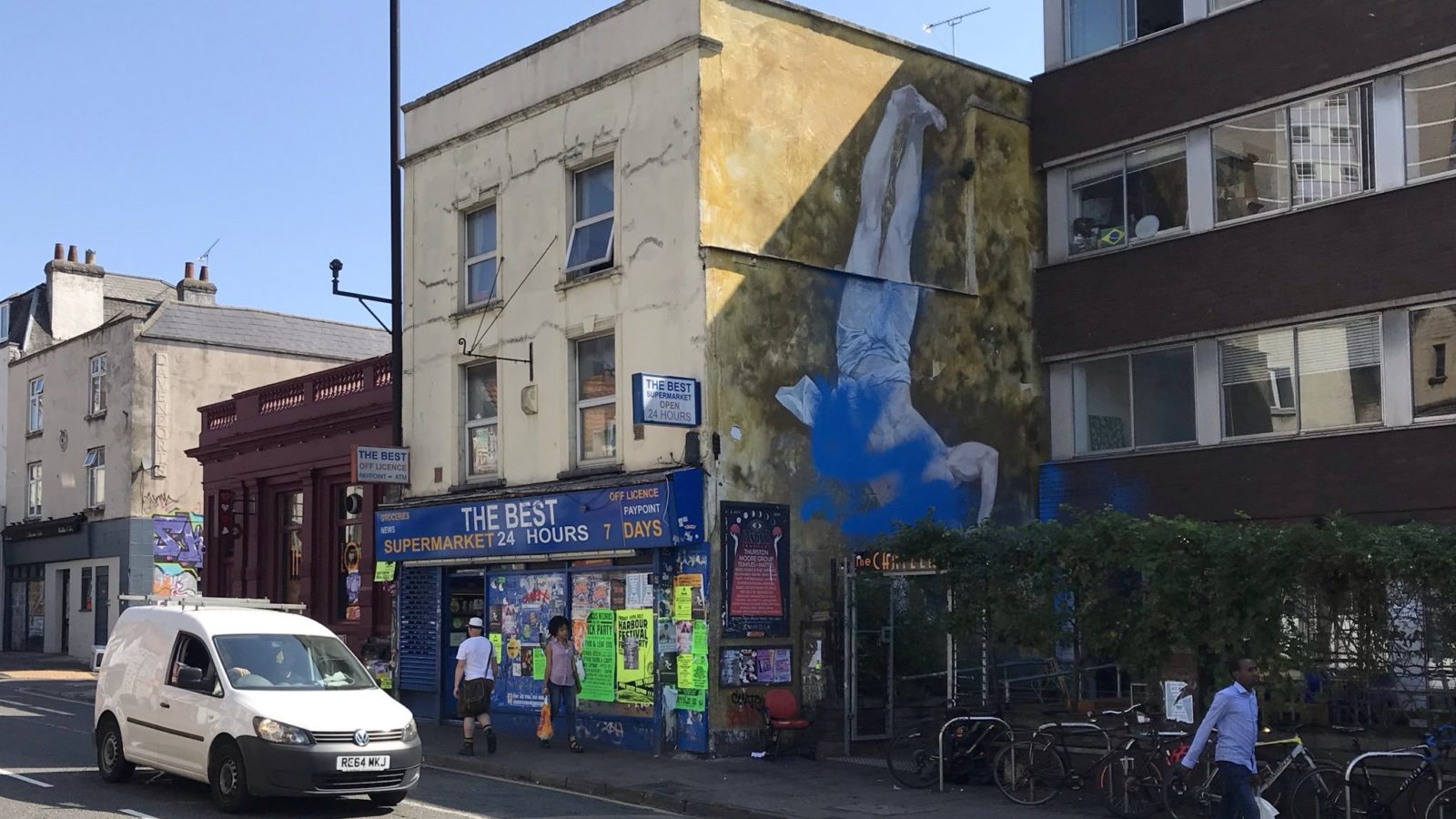 Blue paint has been daubed over one of Stokes Croft’s most famous murals.

Breakdancing Jesus was painted by Cosmo Sarson next to The Canteen in the summer of 2013, receiving news coverage across the globe.

Responding to the vandalism, Sarson said: “Someone in Bristol must be covered in blue paint and have a massive hangover. Sad to see it so violently taken out but it had a good innings. Look forward to seeing what goes up in its place. Bristol, I loves ya.” 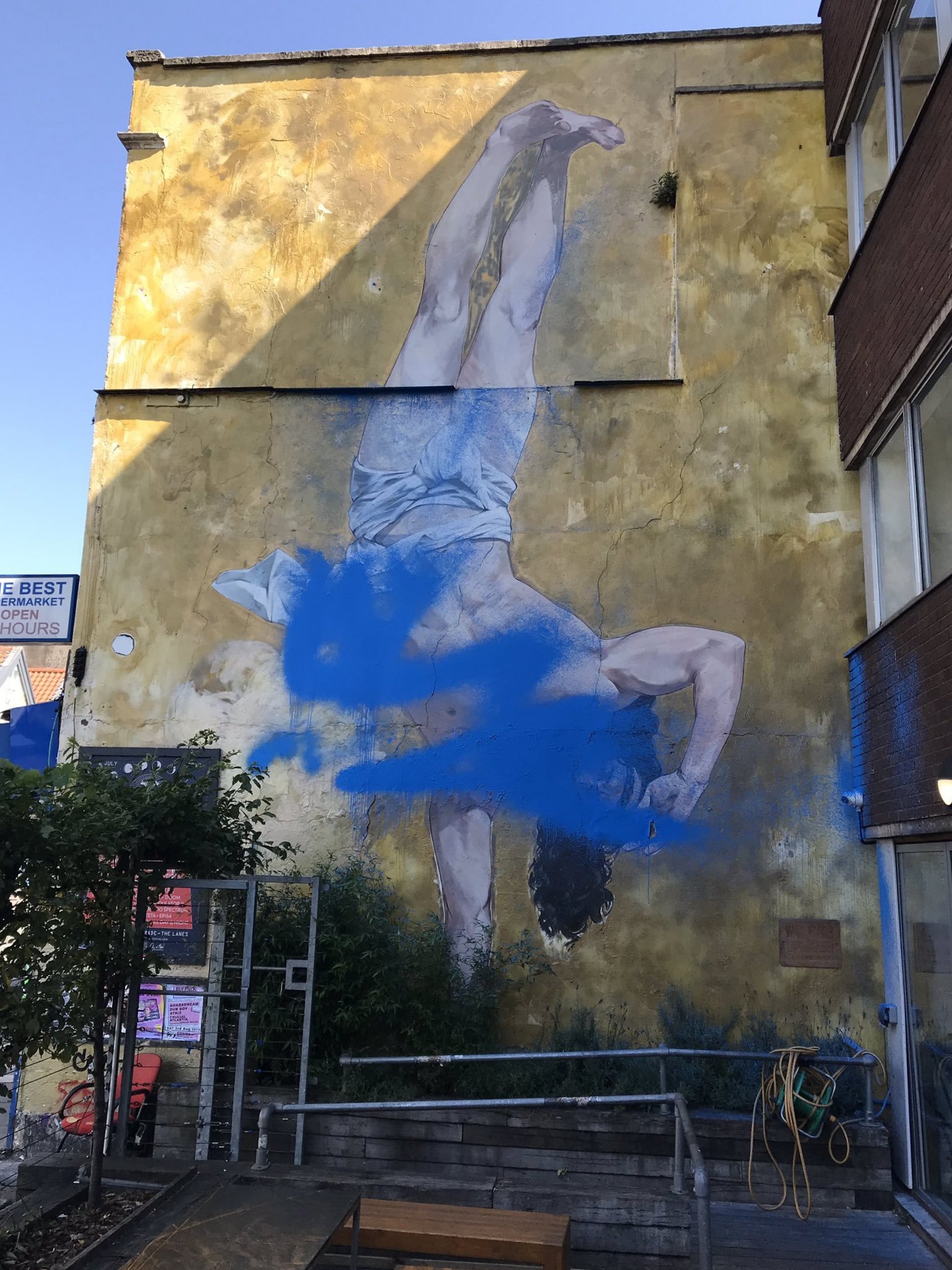 According to James Pike, the businessman who commissioned the painting, it is a “celebration of Bristol’s proud history of religious tolerance”.

Breakdancing Jesus took a week to finish and contains more than 1kg of gold glitter.

Sarson said at the time: “It was the second coming of an idea I’d had many years before, and a theme I’d been working on in the studio for some time before this was painted.

“The reception it got was an unexpected surprise, getting global news coverage and trending on Twitter.

“Massive thanks go out to Hamilton House and Co-Exist for helping me make this happen. Extra props to John Nation and Where The Wall street art tours of Bristol.” 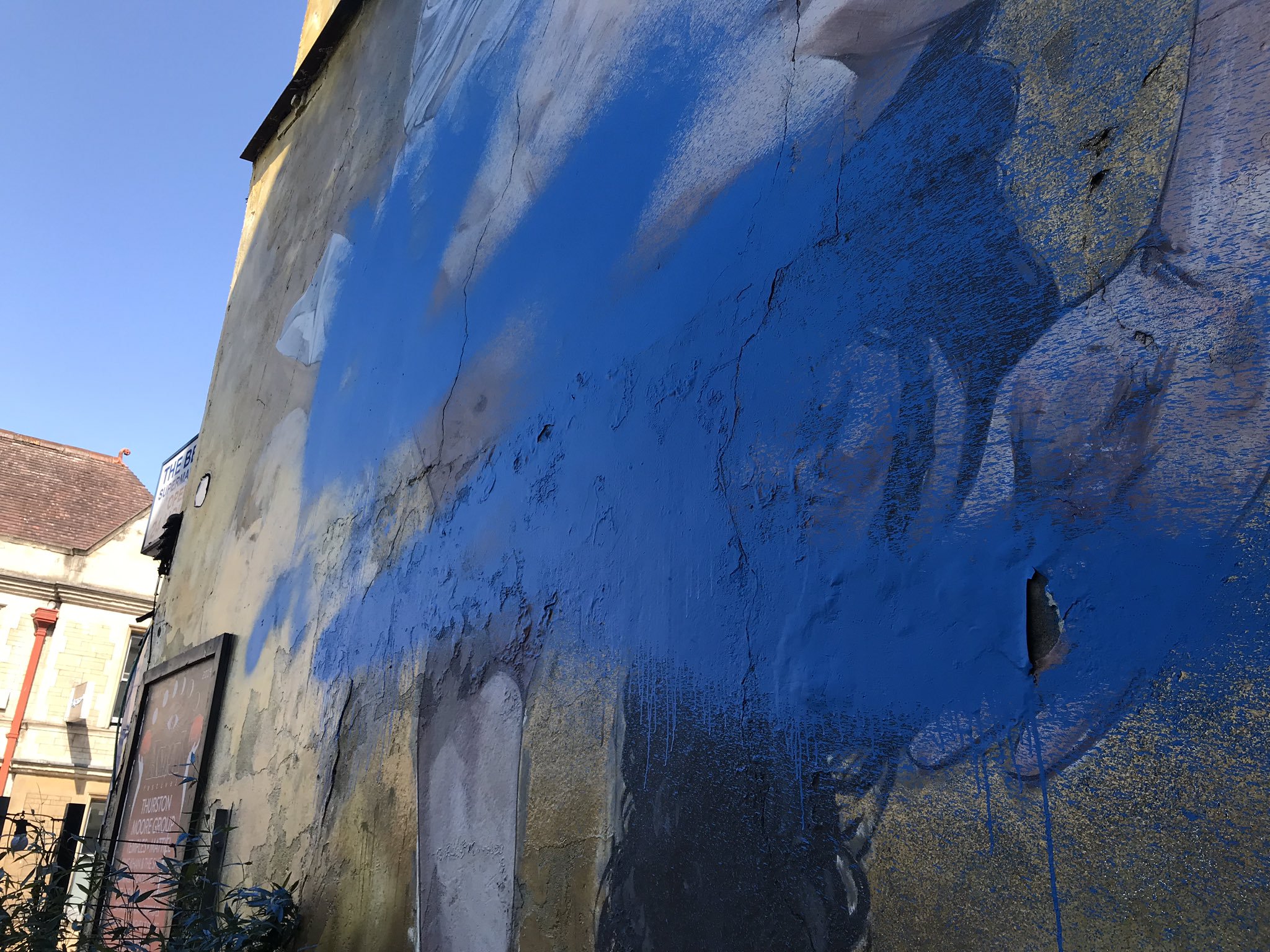 The 8.5m-high piece was inspired by a 2004 Vatican event which saw breakdancers perform for Pope John Paul II