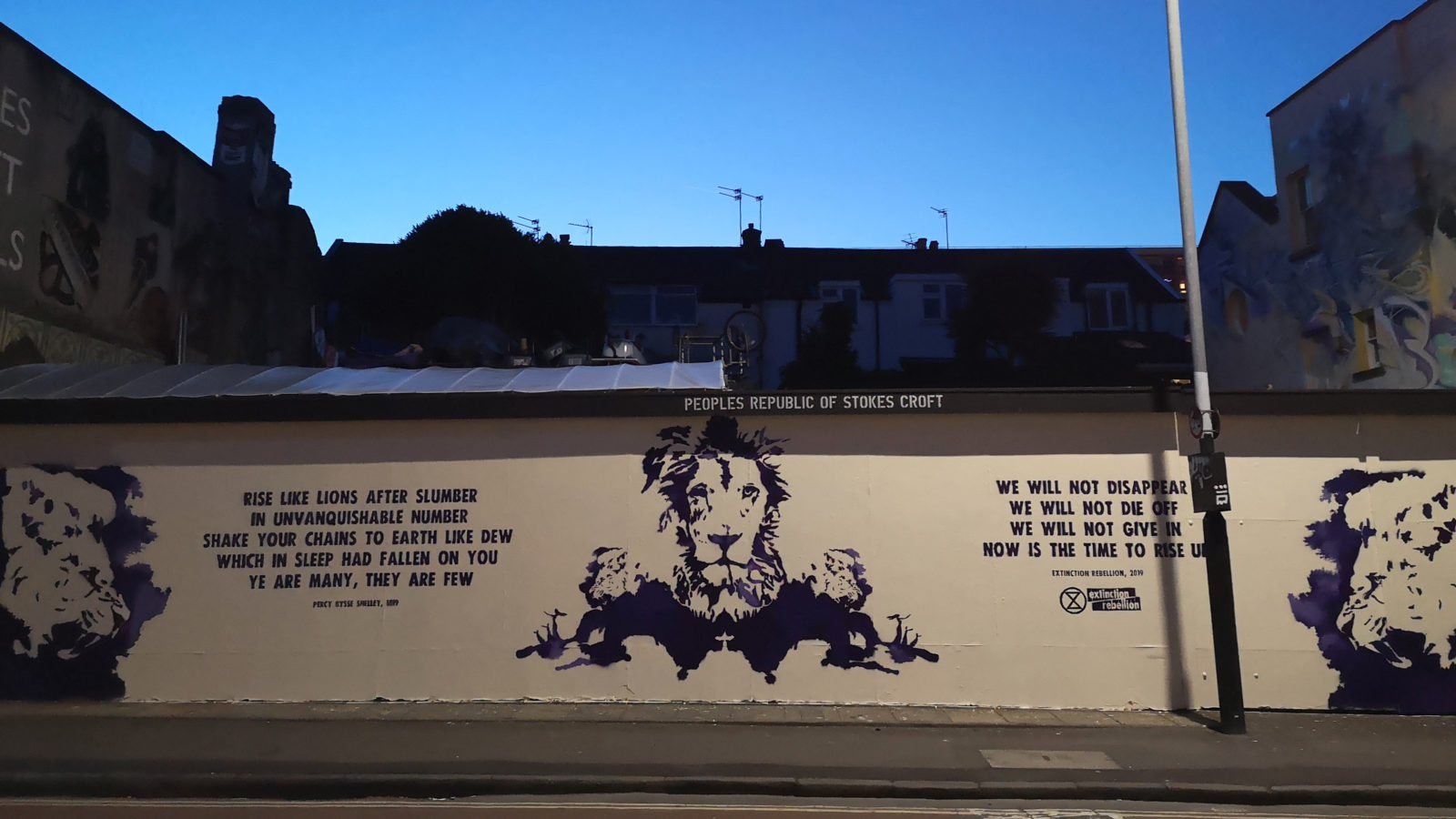 “Our neighbourhood has changed from a derelict, neglected city block to a prime target of predatory luxury building developers. As the area becomes increasingly desirable, the local community has largely been shut out from this process and left without voice.”

This is Lisa Furness and Chris Chalkley from the People’s Republic of Stokes Croft (PRSC), summarising their organisation’s mission and how it finds itself ever more motivated to change the prevailing narrative from on high in its particular part of town.

Since 2006, PRSC has agitated, created and promoted cultural activity in Stokes Croft and the streets immediately around it. The organisation’s Mission Statement includes such aims as “to promote the notion of Stokes Croft as a Cultural Quarter (…) to promote creativity and activity in the local environment, thereby generating prosperity, both financial and spiritual”, and a recognition that “the strength of the local community derives its creativity, tolerance and respect for each other”. 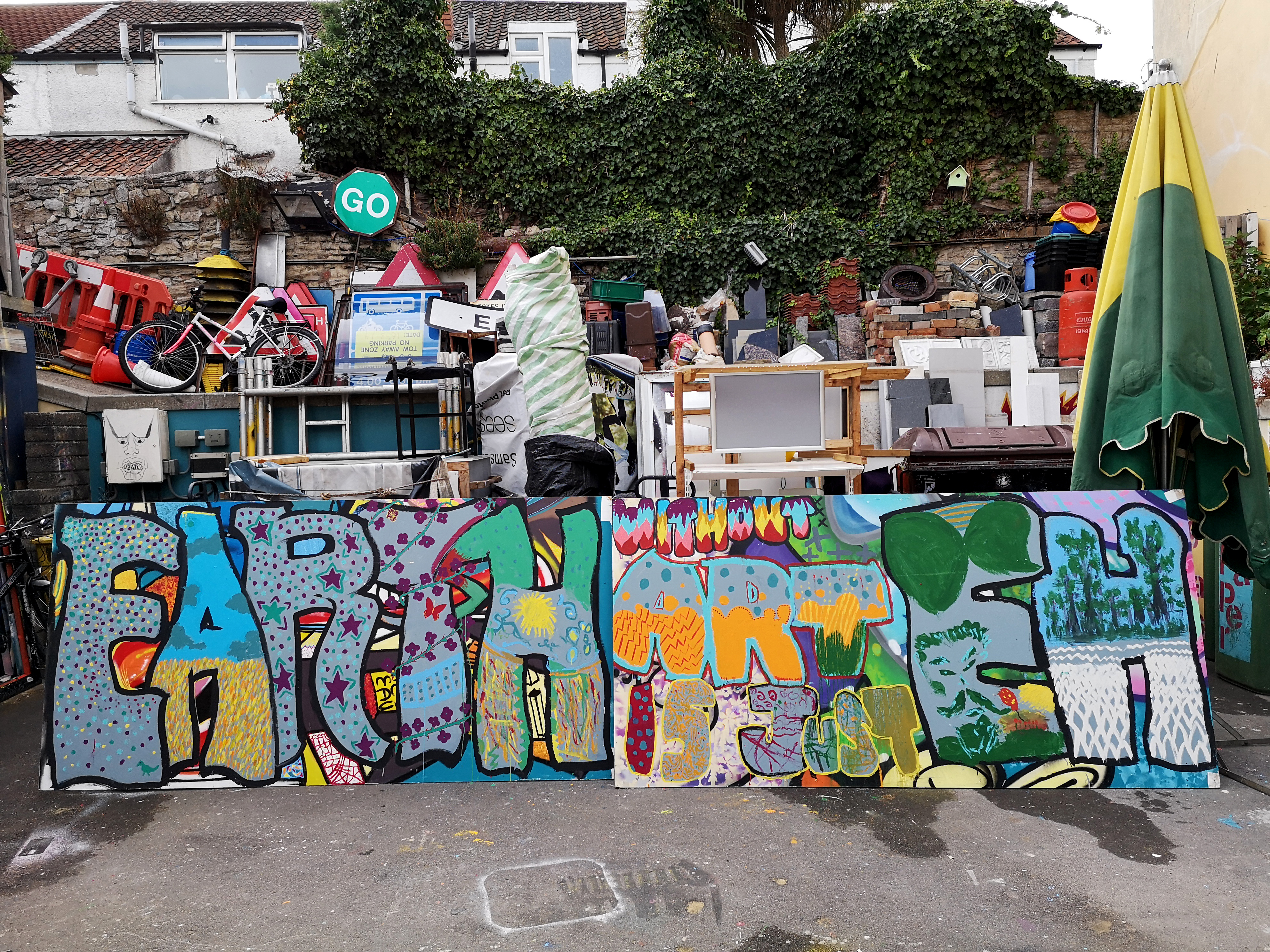 Over the years, PRSC has promoted these messages, and fought hard for its neighbourhood, via exhibitions, paint jams, workshops, activism, lobbying… and by the production of its own Stokes Croft China, keeping alive the area’s historic artisan and manufacturing base.

So, how was 2019 for PRSC? “2019 was a difficult year for PRSC as Bristol City Council demolished the Bearpit community project and only communicated with us through their lawyers (usually accompanied by threats of legal action),” Lisa and Chris reflect. “The net result was that our property was destroyed and that an outdoor, accessible arts space in the heart of the city was lost to the community.”

In a statement issued on the day of Ursa the bear’s removal in September 2019, a Bristol City Council spokesperson said: “We have not asked for the bear to be removed and have said to its owners it can stay where it is.

“However, it is the property of PRSC and is for them to determine what they do with their property. The clean-up of the area was about reducing anti-social behaviour and improving public safety, and nothing to do with the bear statue.” 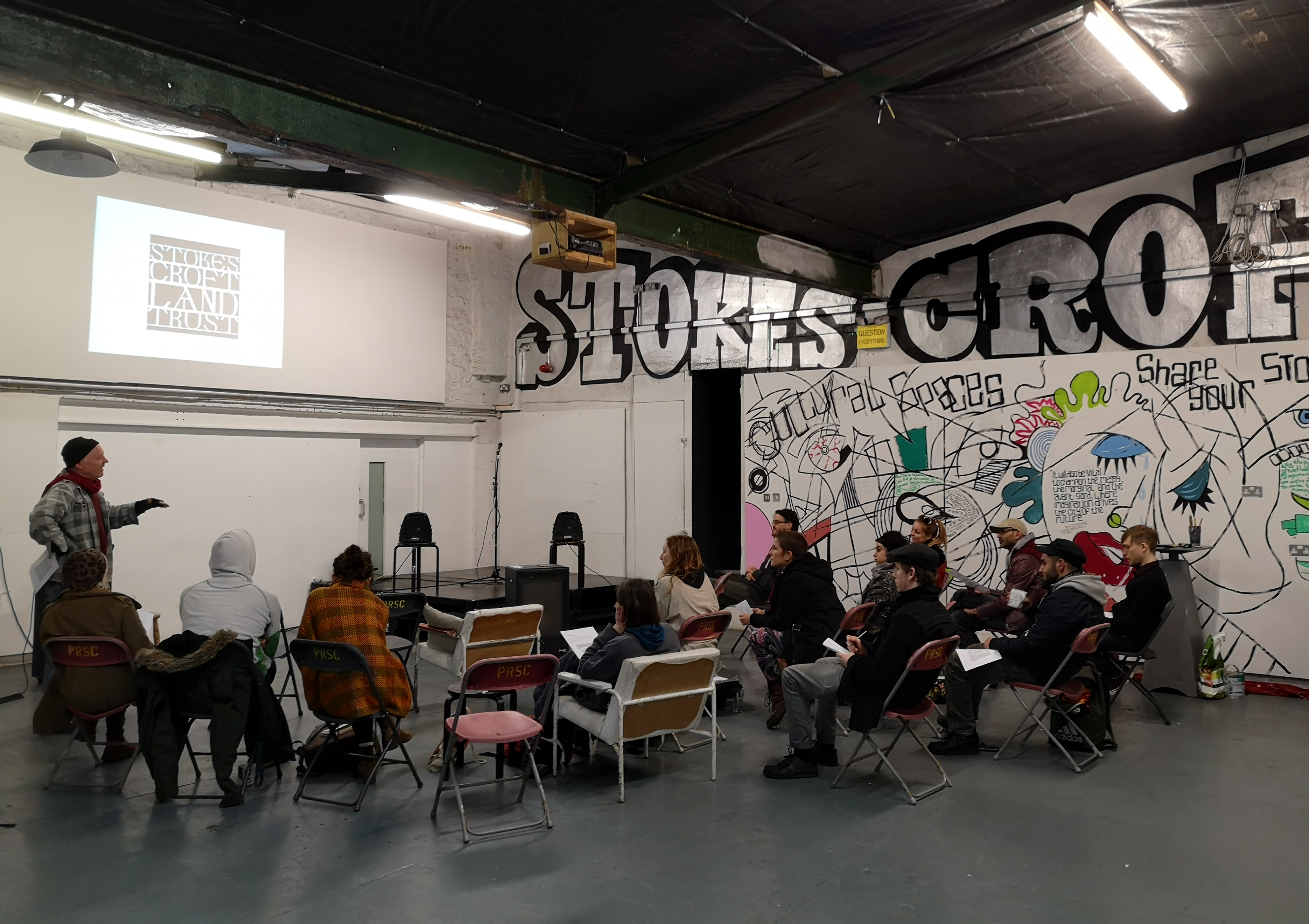 Do Lisa and Chris see their mission as being the same as it was at the outset, or have they adapted to events around you – for example, the changing face of Stokes Croft? “From our paint-spattered beginnings on the Stokes Croft streets we have found ourselves in conflict with both corporate and government power,” Lisa and Chris continue.

“Our original mission “to provide benefit to the community by promoting the interests of the area, and by seeking to work with the skills of the whole community to influence the direction in which this area develops” remains as urgent and relevant as ever.”

To that end, what have PRSC planned for 2020? I ask the question from a visual art perspective but, as Lisa and Chris explain, “it’s impossible to distinguish arts from politics as we use art to explore political concepts.” 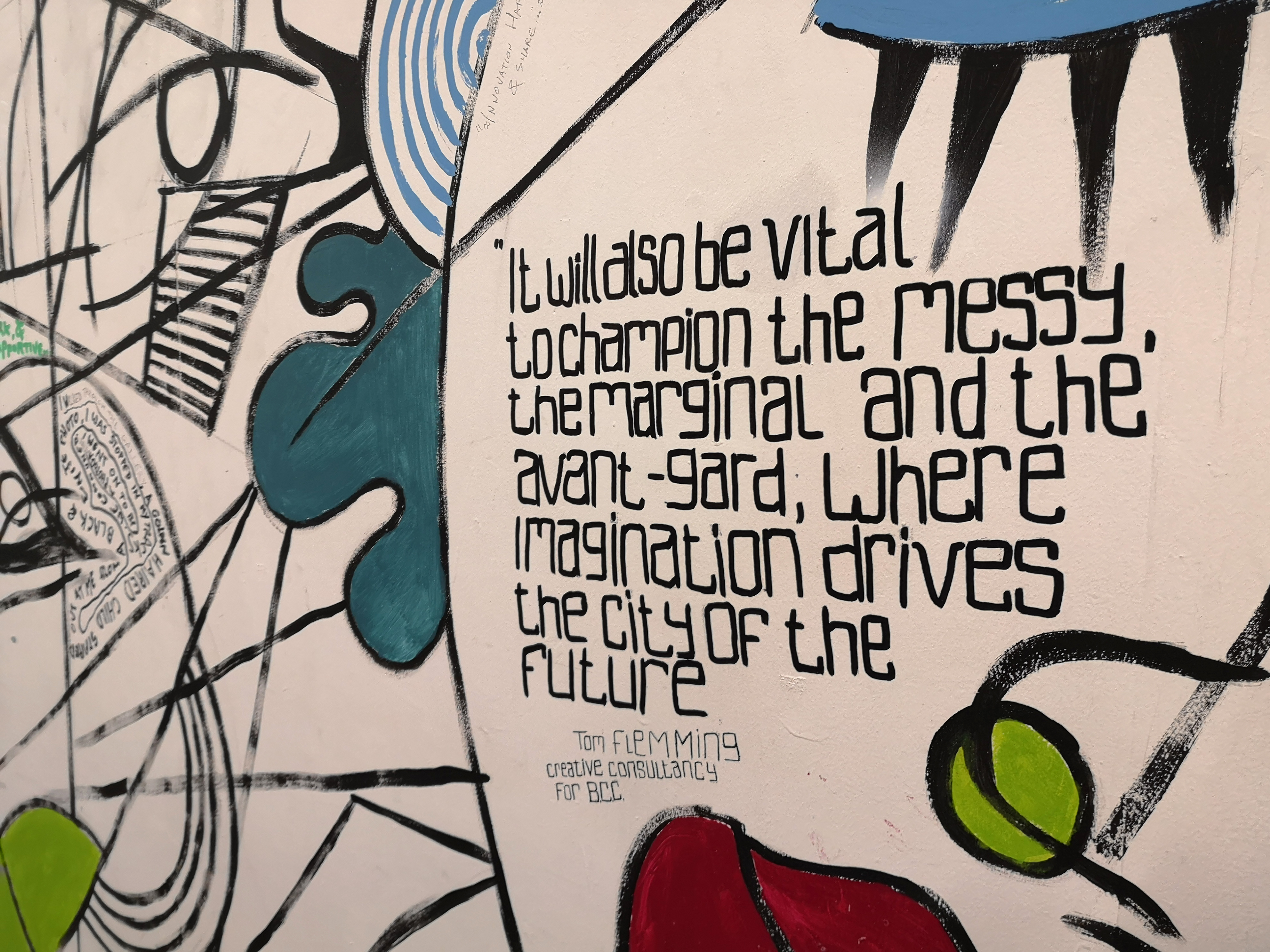 Detail of the mural created by Bristol artist ChalkBlack, and added to by visitors, during PRSC’s first School of Activism

“While our mission remains the same, we have learned a lot in the last decade and recognise the need for institutional change,” they explains. “In 2020, our primary focus will be on the launch of Stokes Croft Land Trust, a body which will put Stokes Croft property in the hands of the local community. The first property to be communally owned will be the PRSC HQ. We recognise that the strongest Bristol institutions are the ones that own their own land.

“In 2020, within the political vacuum of the city, we will continue to speak truth to power; promote the alternative voice; empower the local community; develop the visual culture of the city; and seek radical solutions to political problems. 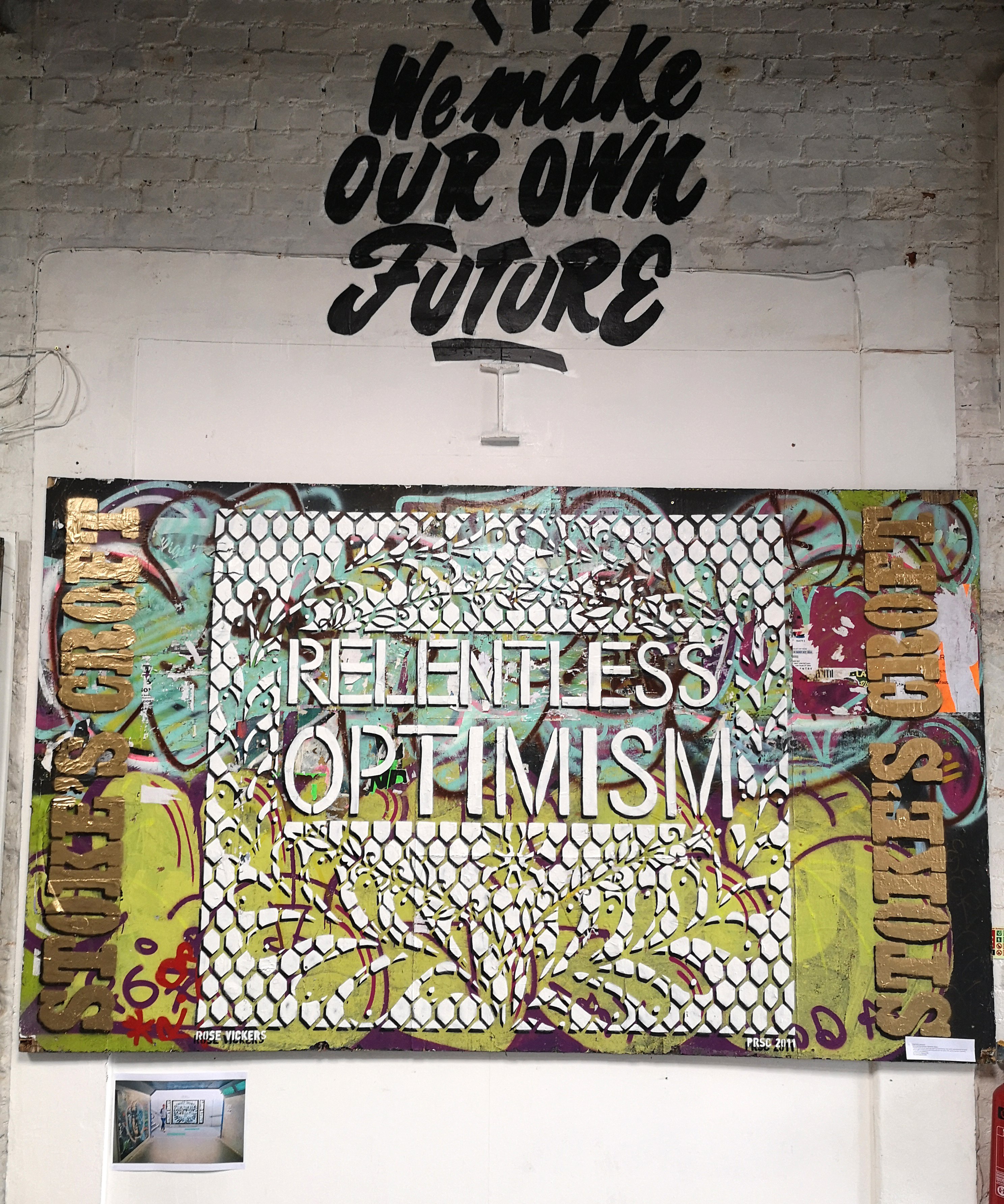 “We will continue to work with Adblock Bristol to protect our streets from becoming commercial advertising space, with the Transform Drug Policy Foundation to campaign for more humane drug laws, with the Bristol Housing Action Movement and Dog Section Press to support and empower local rough sleepers, and with local and national artists to promote these ideas.”

Things to look out for this year at PRSC include a second instalment of School of Activism, a two-week course of affordable workshops designed to empower and inspire, over the Easter holidays; a new monthly arts fair / market, @TheSpace, kicking off in February; Bristol Transformed Festival in March, and a Homeless Action Week in May. 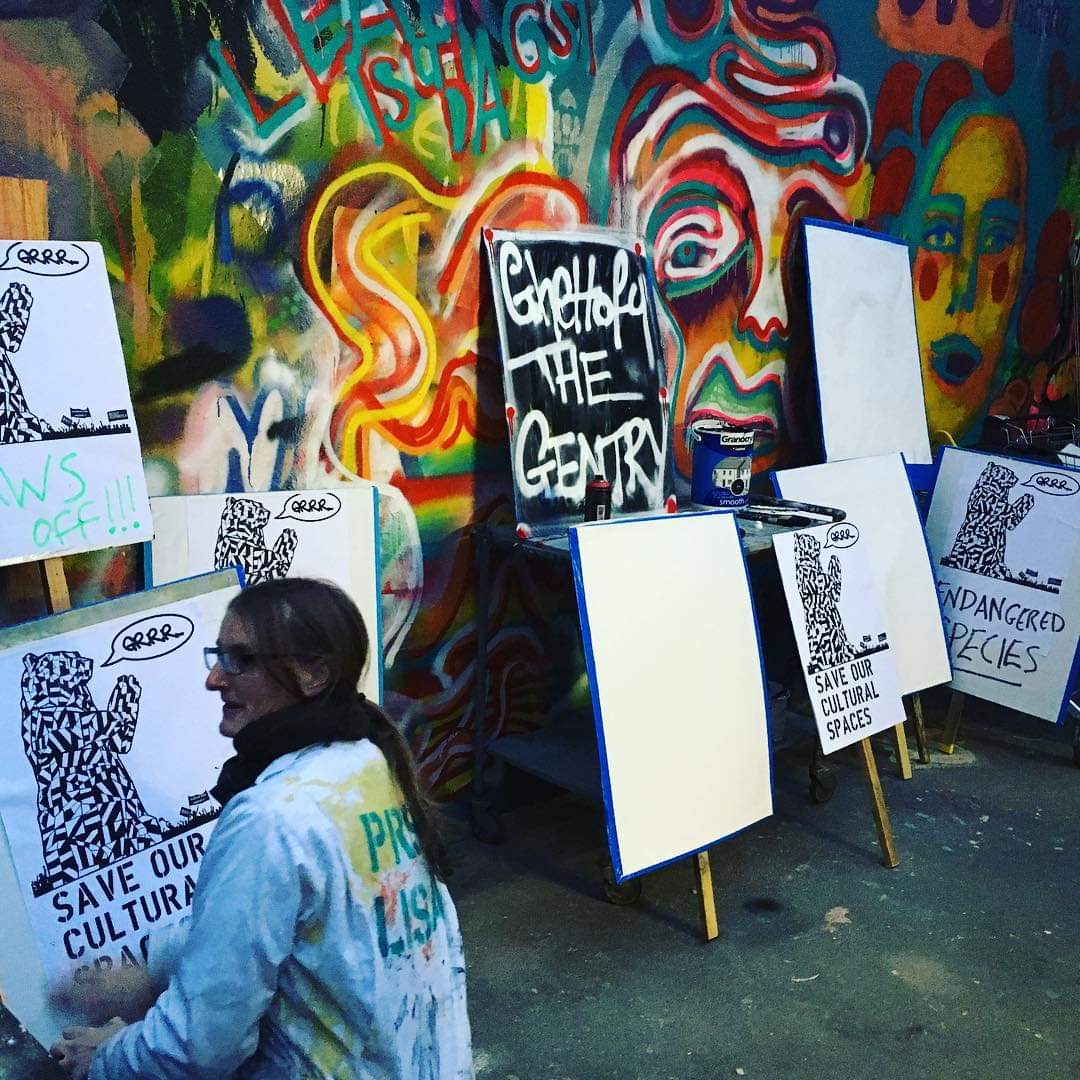 Fighting for The Bearpit, January 2019

“These events will run alongside our regular drop in session for rough sleepers, our monthly comedy night (The People’s Comedy first Friday of every Month), free paint jams in the summer and the usual mixture of artistic, cultural, political and educational events that are always on offer at the Space.

“In support of all this activity Stokes Croft China will continue to create radical, beautiful bone china to express all the frustrations and absurdity of the modern world.

“If Bristol is to confront the massive issues which face us all in the modern world, it needs to embrace the incredible energy coursing through the veins of this city’s alternative culture.”

For more on PRSC, including its Mission Statement and events at the Space, visit prsc.org.uk