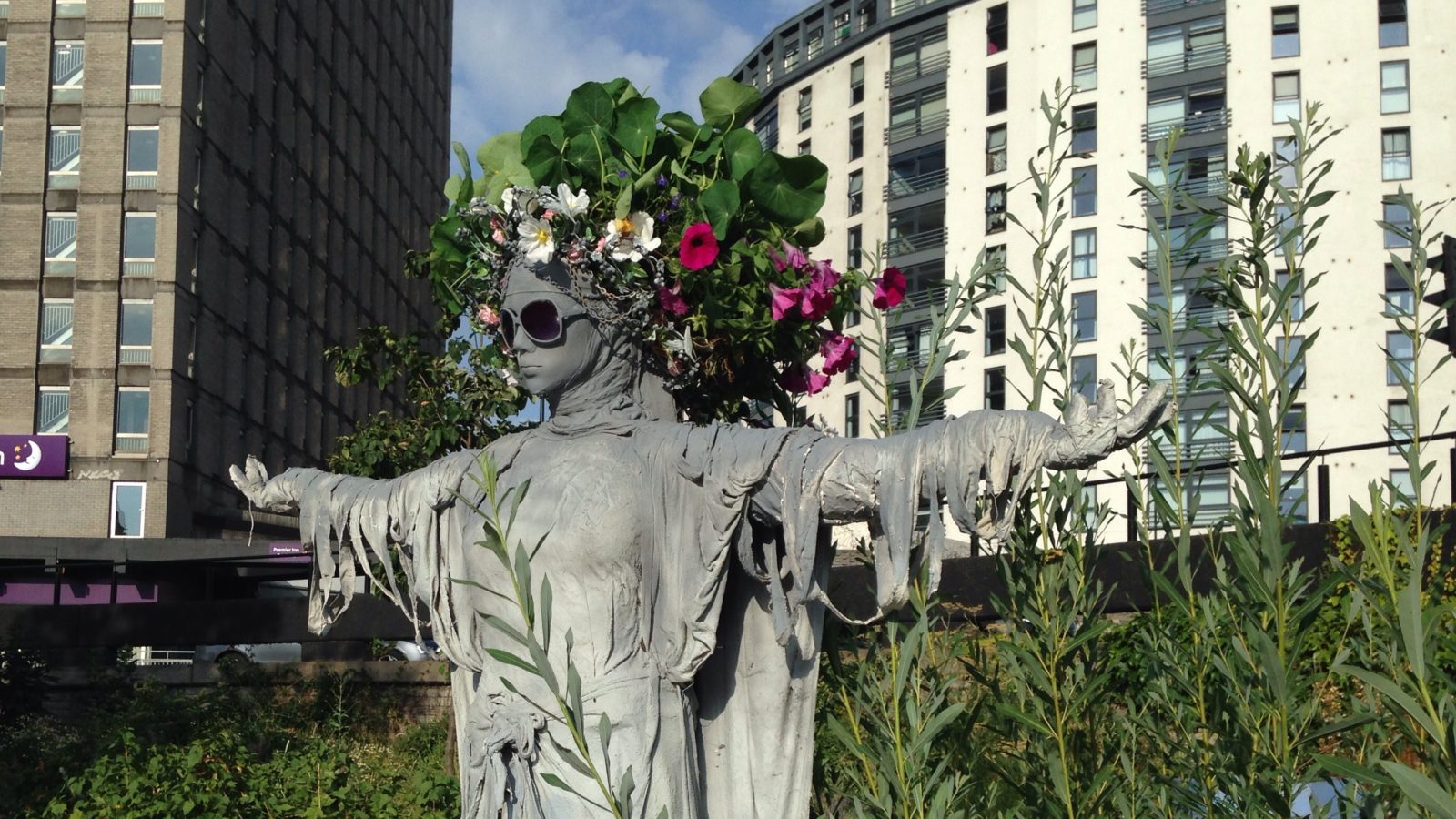 An anonymous artist whose work has appeared outside the BRI and in the garden of a Michelin-starred restaurant has revealed their latest statue.

Arriving overnight in the Bearpit, the new work is of the now familiar figure dressed in its usual flowing grey robes, this time with their arms out wide, wearing sunglasses and a flowery headdress.

The sculpture was already turning heads in the Bearpit on Tuesday morning.

“Want me to take a photo of you with it?” one man asked a passerby who had taken out his camera phone. 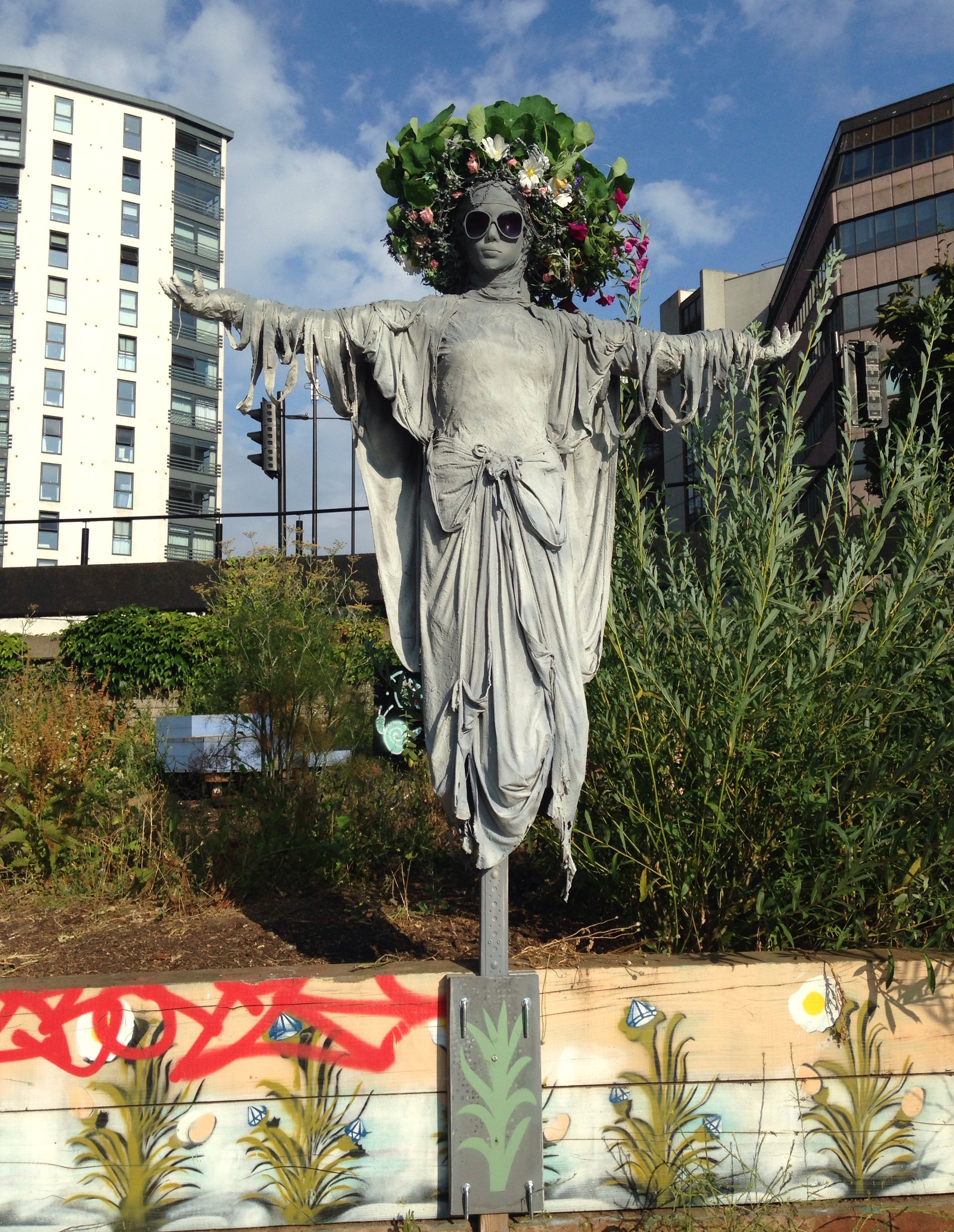 The new sculpture comes five months after a similar piece appeared in front of the original BRI building on Marlborough Street.

Work by the same artist also appeared last year at Wilks restaurant on Chandos Road in Redland, where a statement from the artist about the Bristol Angel said that “real or imagined, angels are a comforting metaphor in a troubled world”.

The question now is if the city council will allow this latest piece to stay, following their recent removal of the ‘cube’ from the Bearpit.