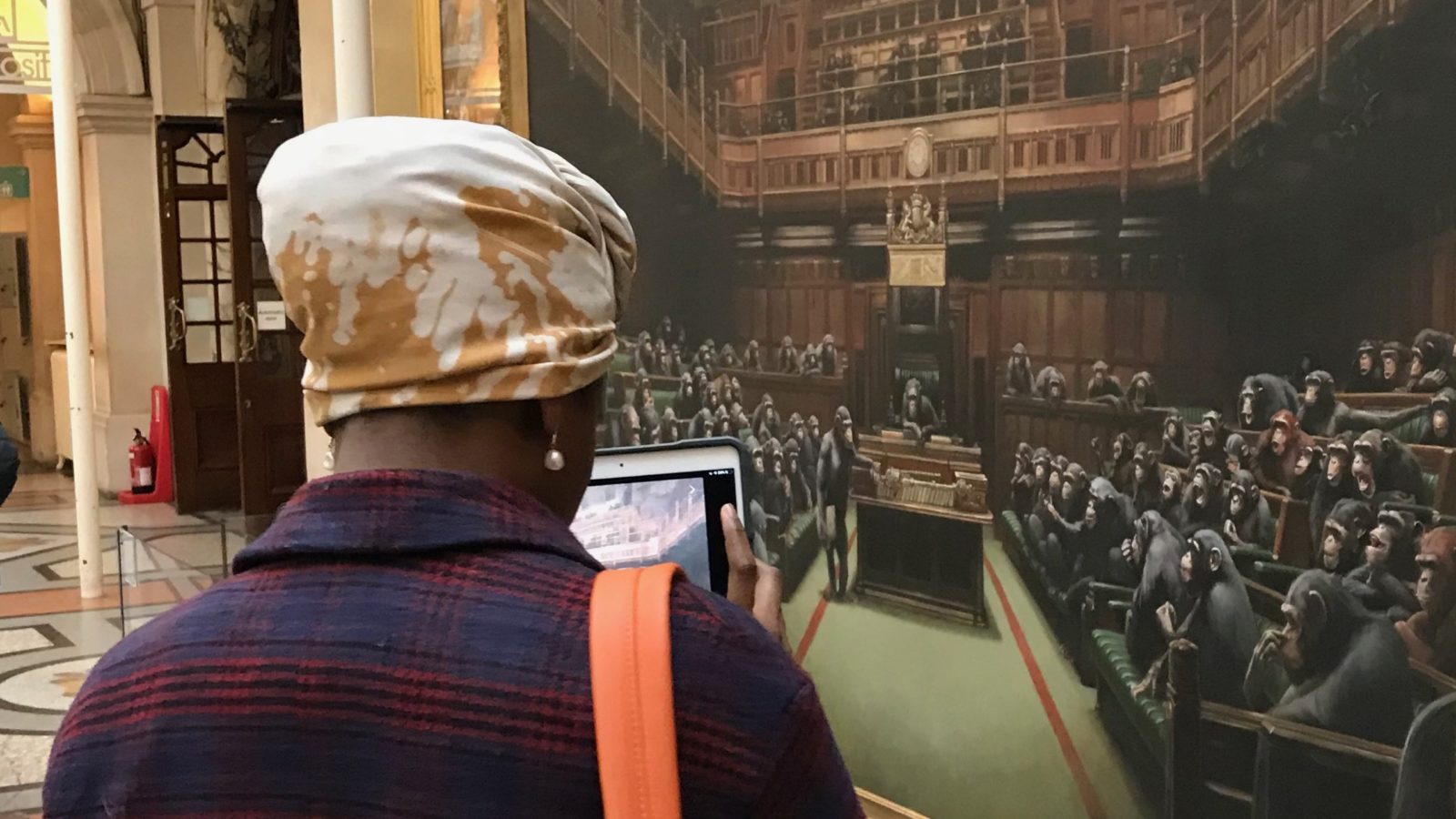 With impeccable timing, a Banksy masterpiece depicting the House of Commons ruled by chimpanzees will go on sale on the brink of the Brexit deadline.

A damning, dystopian portrayal of British politics, the painting that first featured in Banksy vs Bristol Museum in 2009 will be offered at auction in Sotheby’s on October 3 and is expected to reach between £1.5m and £2m, making it a potential record-breaker for the artist.

The sale of Devolved Parliament comes almost exactly a year after Banksy’s Girl with Balloon self-destructed in the same auction house as the gavel came down in a stunt that only half worked, as the plan had been to shred the entire piece. The newly-created Love is in the Bin is thought to be worth significantly more than the original.

It returned to Bristol in March this year to mark not only ten years since the exhibition that attracted more than 300,000 visitors from around the world, but also the original Brexit deadline of March 29.

At the time, Banksy posted on Instagram: “I made this ten years ago. Bristol museum have just put it back on display to mark Brexit day. ‘Laugh now, but one day no-one will be in charge’.”

The reference is taken from Laugh Now, a 2002 piece that depicts a row of apes wearing tabards with the inscription ‘Laugh now, but one day we’ll be in charge’.

Laugh Now broke the artist’s auction record in 2008. His current auction record stands at $1,870,000, achieved by Keep it Spotless, a Damien Hirst piece on which Banksy stencilled a maid cleaning, at Sotheby’s New York in 2008.

Devolved Parliament will go on display at in London at Sotheby’s, just a mile away from Westminster, for the first time from September 28 to October 3.

The painting will be offered at auction in Sotheby’s Contemporary Art Evening Auction on Thursday, October 3 ahead of the Brexit deadline of October 31. No doubt, all eyes will be riveted to see if anything out of the ordinary happens.