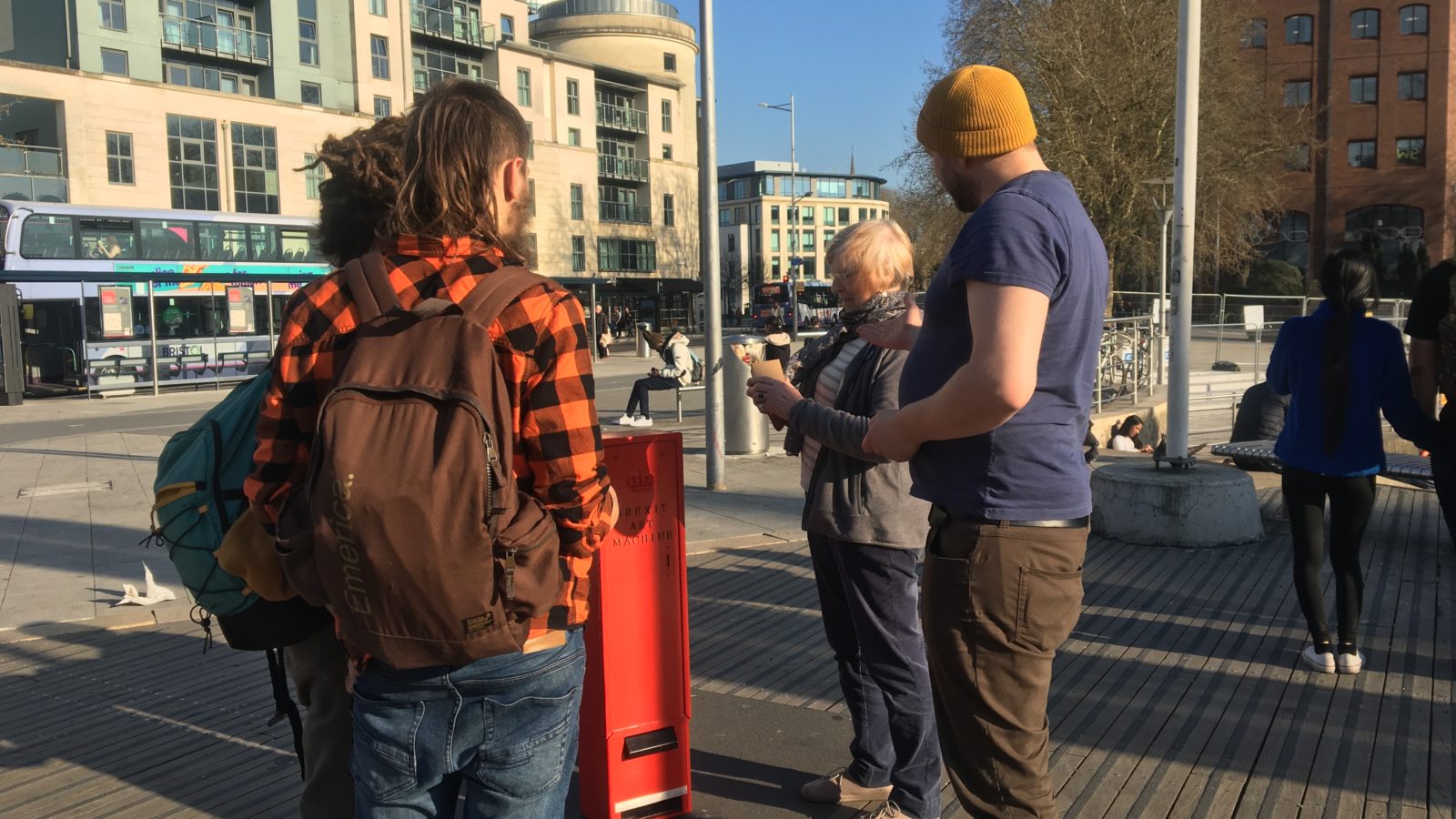 Brexit is the word on everyone’s lips and artist Denny Hunter is bringing the conversation to different cities in the UK. Talking to leavers and remainers, his touring Brexit Art Machine, a project dispensing artwork on the theme of Brexit, dispenses unique pieces for £1/€1. When a coin is inserted,  the machine will randomly vend a brown box containing Brexit-themed art by one of over 40 artists involved.

Denny arrived with the Brexit Art Machine in Bristol on Wednesday, March 27, having started his tour in Edinburgh on March 25 and before arriving in Westminster on March 29. 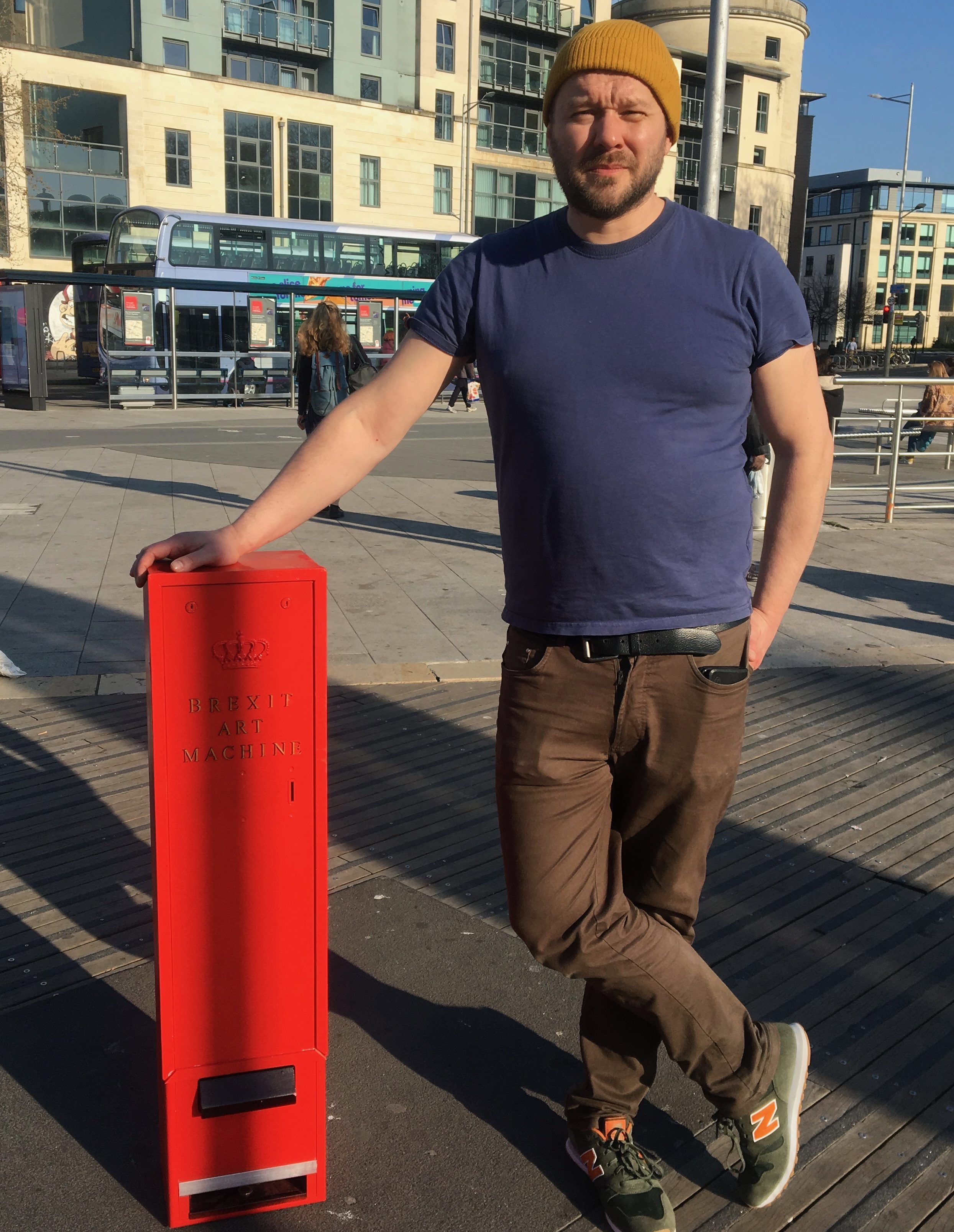 Artist Denny Hunter with the Brexit Art Machine in Bristol

The touring machine developed from Denny’s Artobotic project, which he started in 2016. Consisting of a series of vending machines spotted around his home town of Edinburgh, they dispense packages of original artwork for £10, making fine art more accessible to the general public. With the Brexit Art Machine, Denny hopes to open up a dialogue about the referendum, the current situation in parliament and the controversial subject as a whole

“I want to take it to people who are pro-Brexit and who are anti-Brexit and try and create dialogue between those people,” says Denny.

Inside the machine contains donated, signed artwork by over artists from all around the UK, including comedian Phil Jupitus, several Turner prize nominees, Ai Weiwei  and Unskilled Worker. 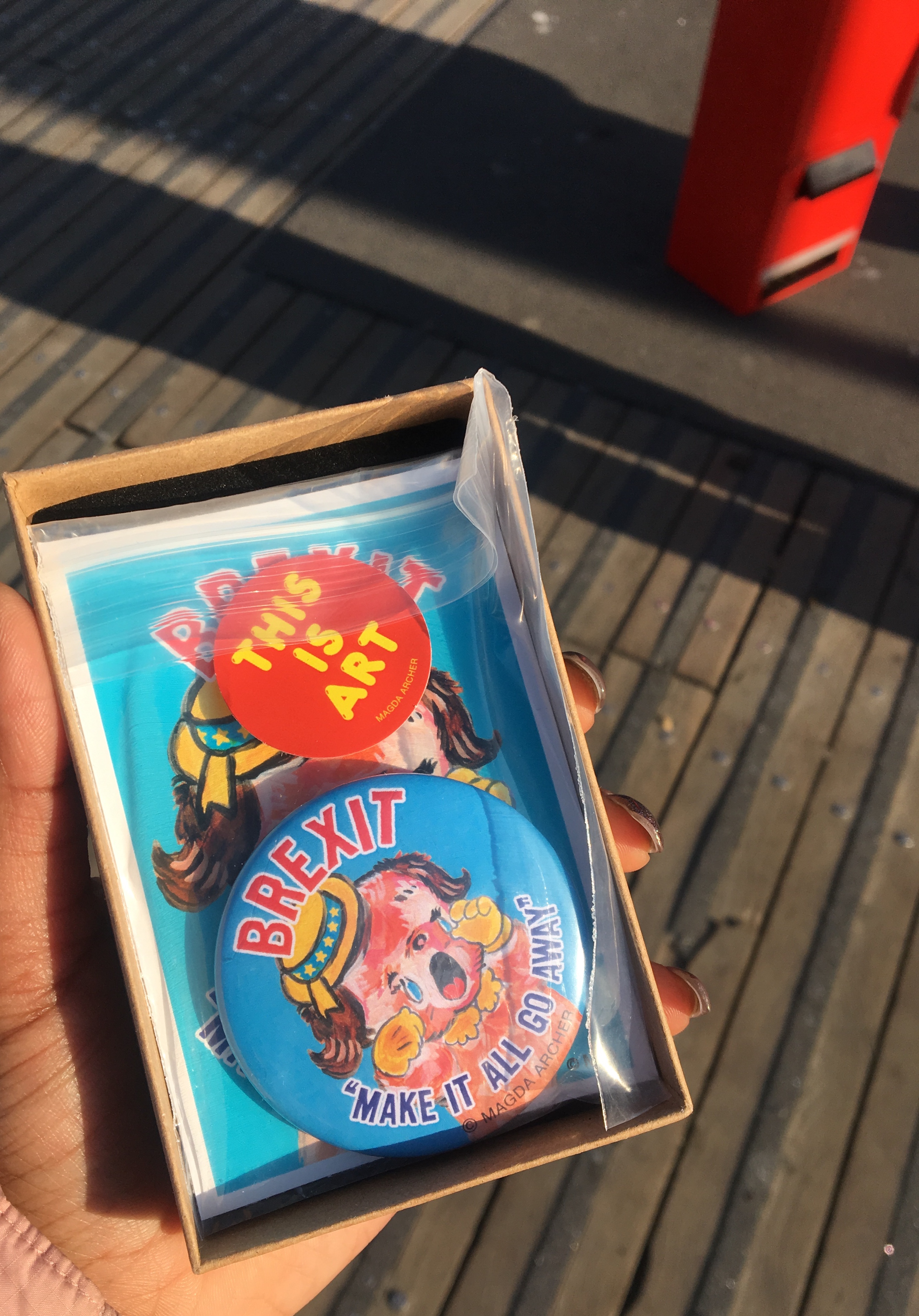 Setting up at the harbourisde, people flocked to get their hands on exclusive artwork and to express their views on Brexit. Denny’s Indiegogo website, which he used to fund the touring project, says: “Brexit Art Machine is a representation of all artists from all walks of life. Our hope is to get this machine as far into the heart of the political sphere as possible and hopefully to inform decision makers through the medium of art.”

With people with ranging of opinions flocking to the vending machine and having conversations about Brexit, it’s certainly opening up a new dialogue, and one that Westminster might listen to.