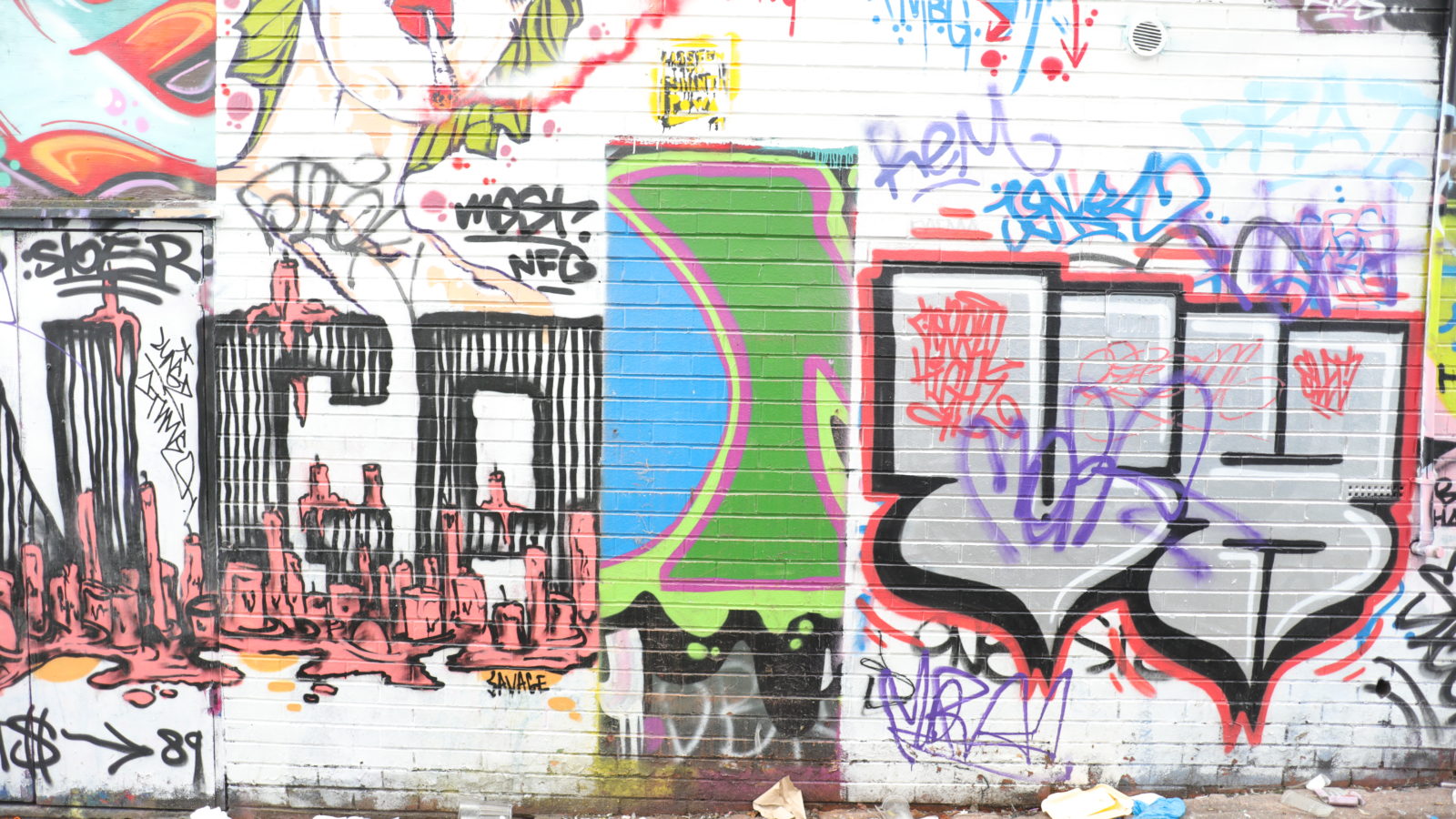 A Bristol-based conceptual artist’s innovative art project has sought to capture Bristol’s imagination and focus the debate around homelessness. Outdoors involved hanging ten reclaimed and recycled front doors around Bristol for nine months, including in St Paul’s and Stokes Croft, leaving them to change organically as they became part of the cityscape.

The artist, known only as Beau, says he wants to create an “original conversation” about the issue of homelessness, not just in Bristol but around the UK.

After nine months, the doors were removed from their positions in Bristol’s urban jungle and are now framed in 44AD Gallery in Bath. The artwork will tour around the UK throughout 2018 before eventually being auctioned off in December. All the profits are going to homeless charities that work around the country to help those sleeping on the streets. 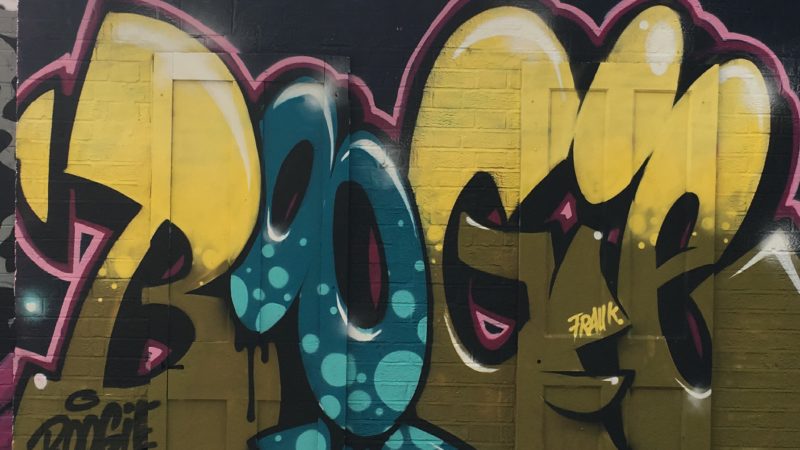 Some of the doors were incorporated into street art

Beau says he gets his inspiration from Bristol’s sense of community. “I’m fascinated with community engagement and political engagement,” he said when we met in a city-centre café. “We all operate in our own individual bubbles, but I’m interested in how societies can communicate on a silent level.”

Beau used to live in Bristol, and says a lot of his work was born out of his relationship with the city. “This project is a love letter to Bristol and the South West because I’ve lived here and I’ve had experiences here. As with all relationships, it’s a turbulent one, but a lot of this project is inspired by the city,” he continued. The project is a deep social commentary about the issue of homelessness. Art, he says, is a universal language to start discussing heavy topics such as homelessness.

“I think we need to start a conversation that everyone understands. The housing crisis is an epidemic, and while there a lots of incredible people working with charities, we have to go larger scale. This means we can all communicate about an uncomfortable issue. I think that the dream is creating an original conversation about something that means a lot to me.” 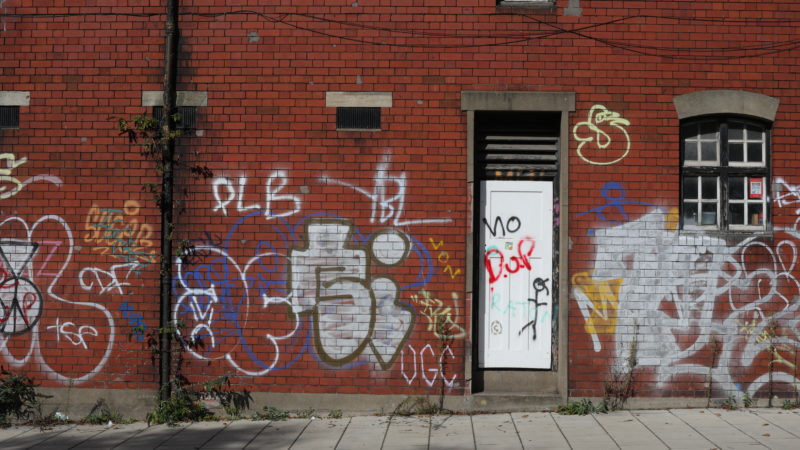 The artist says that the use of the doors is a strong metaphorical comment on the reality of sleeping rough. “The idea of having something as simple as a door, which all of us should have, is a powerful one,” he says. “If we don’t even gave a front door, then it raises questions about how we can support each other. I use art as the language to communicate to the community and increase awareness around the topic of homelessness. I think can start this conversation. It’s a beautiful experience to see and listen to people who do amazing things for the city.”

While the Bristol community is good at helping those most in need, Beau still sees stigma attached to the issue of homelessness. “There’s an element of fear of the unknown when it comes to homelessness. It’s not a particularly nice thing to focus on, and all of us, regardless of how ‘liberal’ we are, can find it overwhelming and scary. The problem is that it has almost become a normalised, undiscussed part of city life. We need to have a common theme that unites us to bridge those gaps and get us talking about it again.” 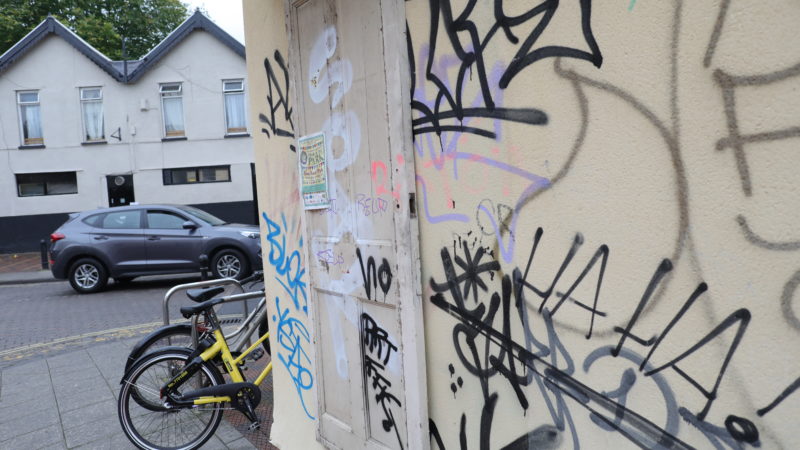 It’s clear that Beau sees himself as more than just an artist. His work not only tries to draw attention or comment on existing social inequalities, but to actively spark a flame of engagement to talk about and deal with social issues.

“It really excites me to be the catalyst for something that eventually ends up out of my hands,” he says. “As art is expression, it is inclusive and can drive the engagement that everybody is looking for. Art is crucial for personal discovery, and learning about your own environment, the city you live in and the people within it.” 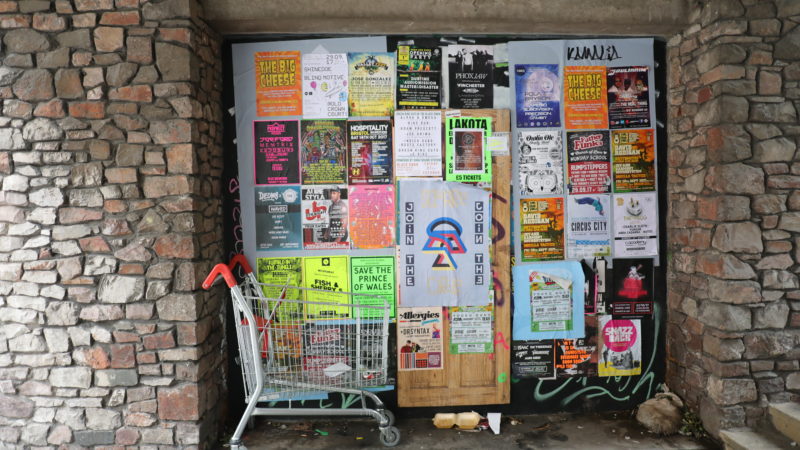 He continued: “I think all art’s political. The danger with the political world is that it’s very blinkered and turbulent, but if you are fair, honest and compassionate about understanding things you might not agree with, then politics and art can go hand in hand.

“Art could be someone making a comment about their social environment, their childhood, their interpretation of the world and so on. It applies to anyone how they use art, but it’s not for me to say how people should interpret art and their lives. The important factor is having original conversations and working together. Art is the perfect language of cooperation.”

You can find Beau’s doors at the 44AD Gallery in Bath until the 20th of January, where the doors will go on a nation-wide tour, ending in Bristol in December.