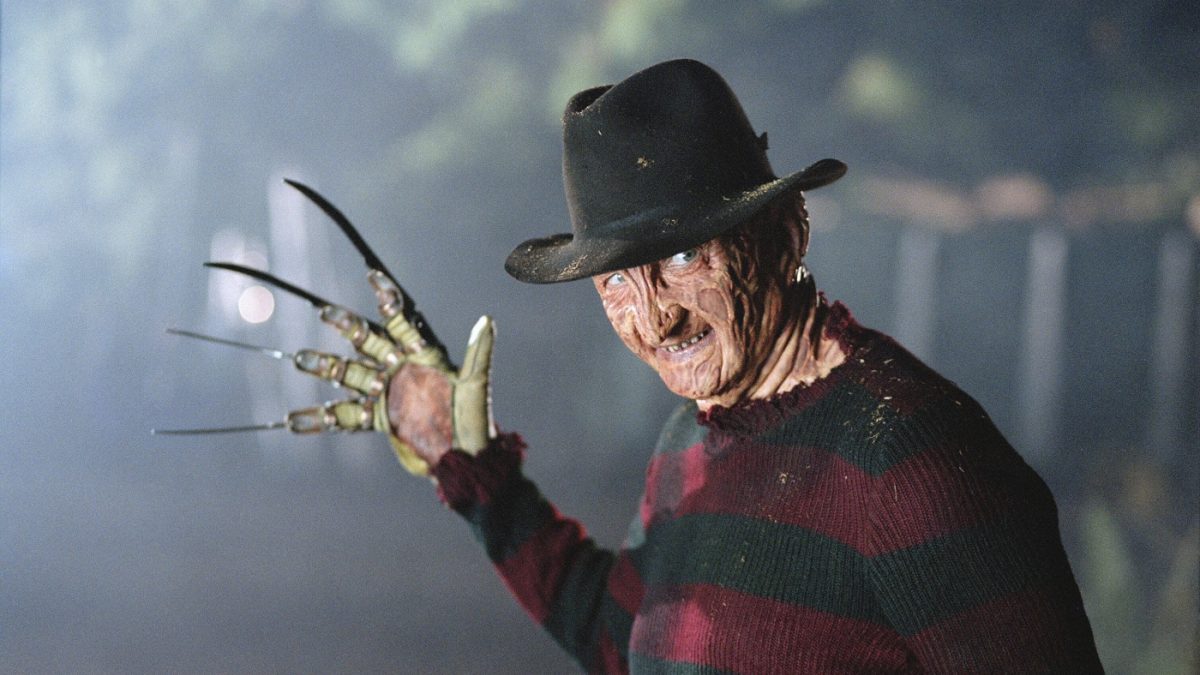 Not the shitty remake, but Wes Craven‘s original slasher from 1984, back when Freddy Krueger was a vicious serial child murderer rather than a neutered all-purpose PG-rated boogeyman.

Watch out for the young Johnny Depp in his debut film performance as a victim who gets sucked into his own bed and turned into a stream of blood and giblets. Some might say that’s what he deserves for inflicting Mortdecai on the world.