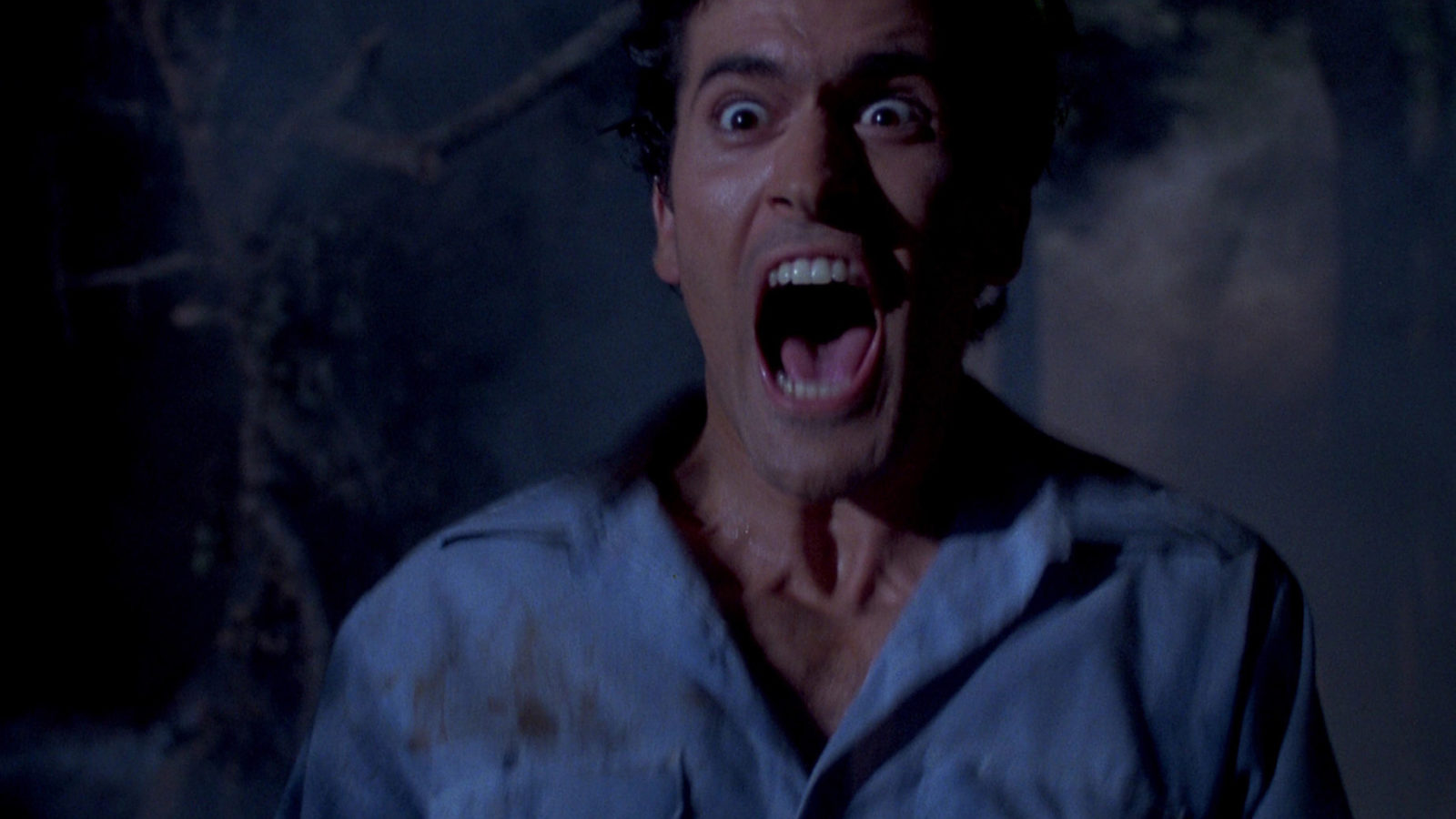 Last seen being overwhelmed by demons in the final shot of The Evil Dead, Ash (impressively chinned Bruce Campbell) turns out to be still alive. Trouble is that not only does he periodically turn into a possessed monster but he’s also having difficulty with a rebellious hand.

A group of new characters, living and (evilly) dead, wander into the carnage and the rollercoaster pacing of this sequel never lets go. Like all horror sequels, Evil Dead II is less scary than its predecessor because of its familiarity. But director Sam Raimi had more resources this time, which meant he could serve up such comic delights as a popped eyeball flying into a girl’s mouth and a zombie with a detachable head doing a weird little dance.