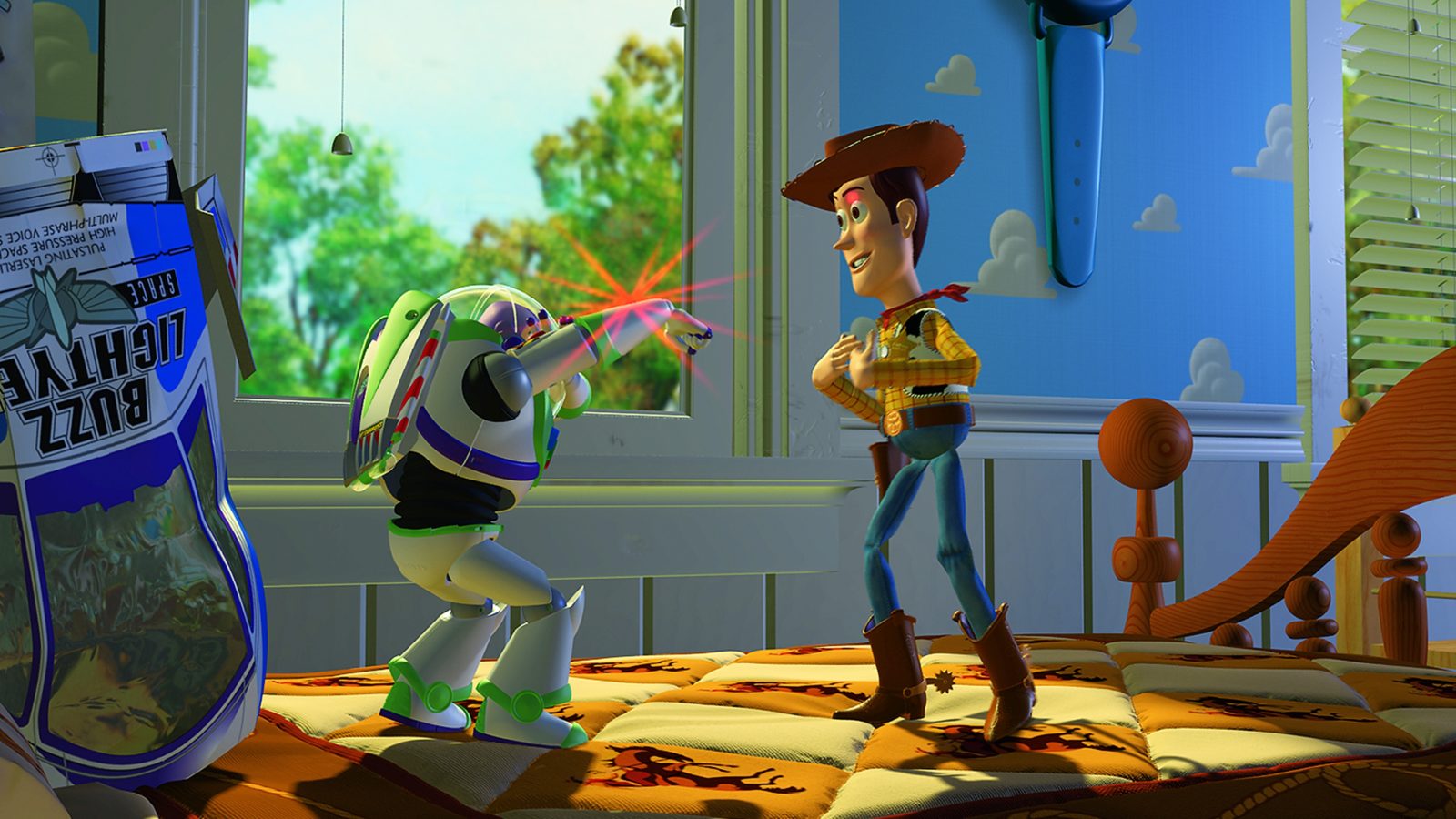 The only people not looking forward to Andy’s birthday are his toys: pull-string cowboy doll Woody, insecure dinosaur Rex, grouchy old Mr. Potato Head, Slinky Dog, porky piggy bank Hamm, token female porcelain figure Bo-Peep, and a few dozen plastic soldiers. They all fear they’ll be replaced by better, high-tech toys and, sure enough, when spaceman figure Buzz Lightyear appears he swiftly replaces Woody as the toys’ natural leader. The stage is set for a showdown between an embittered Woody and Buzz, who’s convinced he’s a real space hero. Back in 1995, this pioneering Pixar/Disney production made history as the world’s first full-length computer animated film, but the technology is never allowed to overshadow the storyline in what kicked off a hugely successful franchise.