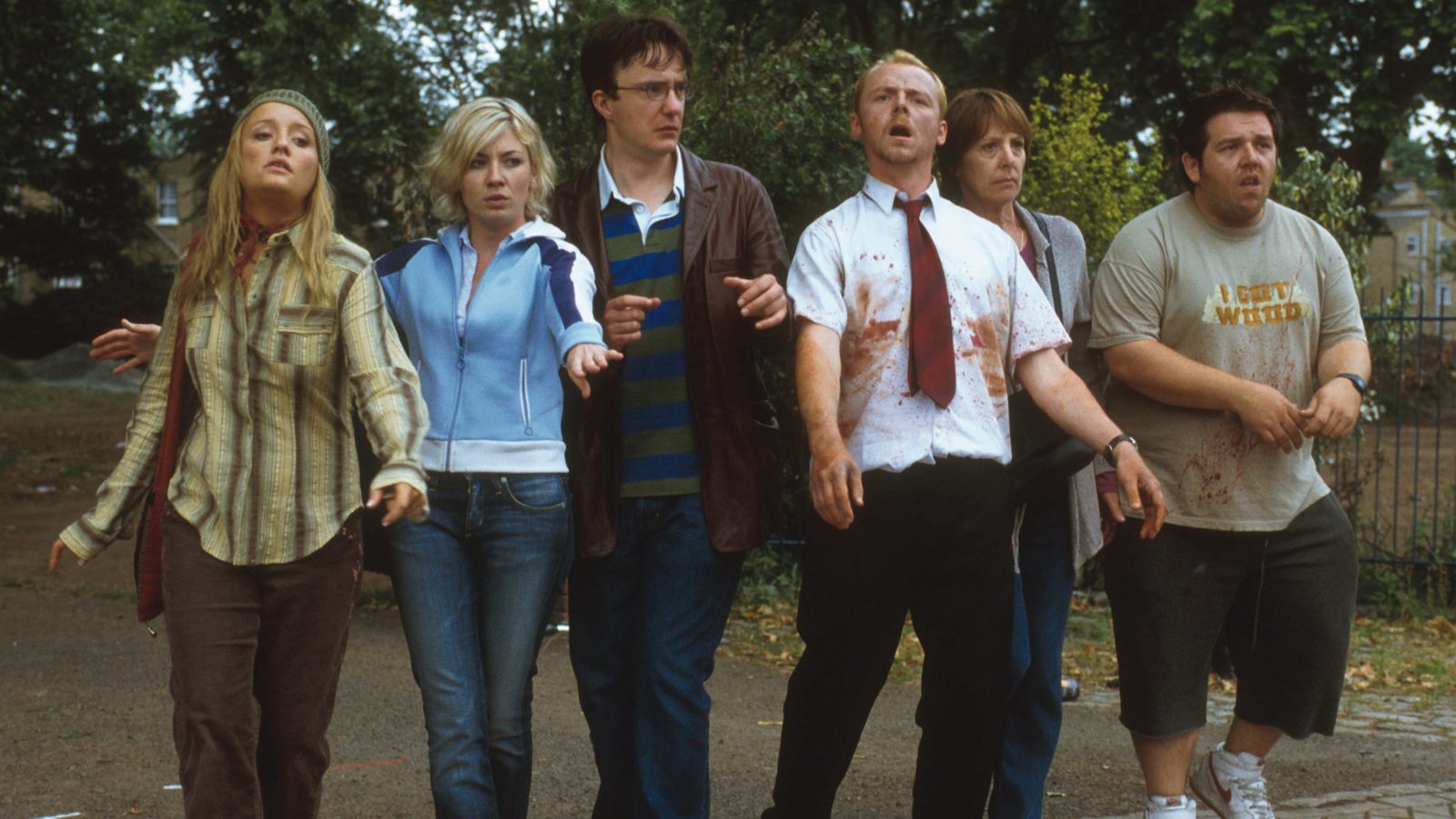 In the first part of Edgar Wright‘s Three Colours Cornetto trilogy, Shaun (Simon Pegg) is a 29-year-old loser. He’s got a crap job in a high street electrical shop, whose younger, surly staff disrespect him. He lives with two old pals, one of whom, Ed (Nick Frost), is a fat, lazy, messy, unemployed small-time dope dealer who plays computer games all day and whose idea of turning on the charm is to say: “Can I get any of you cunts a pint?” Egged on by her flatmates David the twat (Dylan Moran) and Dianne the failed actress (Lucy Davis), Shaun’s girlfriend Liz (Kate Ashfield) has just dumped him on the grounds – hotly contested by Ed – that there must be more to life than the pub. Oh, and his dippy Mum (Penelope Wilton) persists in living with the stepfather (Bill Nighy) Shaun despises.

The first 20 minutes or so are sustained by just the one joke. But it’s a good one. All the people in Shaun and Ed’s neighbourhood behave like zombies anyway (check the opening montage of supermarket checkout girls, street kids in hoodies, etc), so they don’t even notice when the zombification process begins and the streets fill with blood and severed body parts. Thereafter, the plot sticks closely to that of George Romero’s Night of the Living Dead, right down to the finale where survivors are holed up in a building (the pub, obviously) surrounded by the ravening undead.