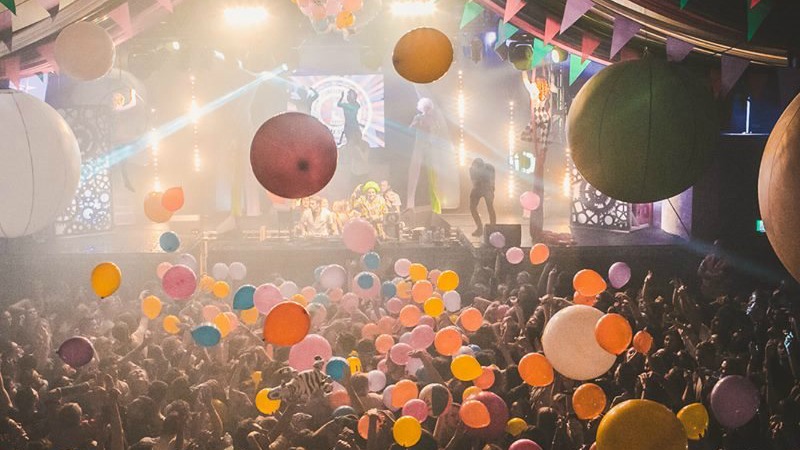 Basement 45
8 Frogmore Street, Bristol, BS1 5NA
www.basement45.co.uk
Despite being hidden away off the bottom of Park Street, Basement 45 is by no means a secret. This venue puts on some killer lineups, so it’s worth keeping your ear to the ground. 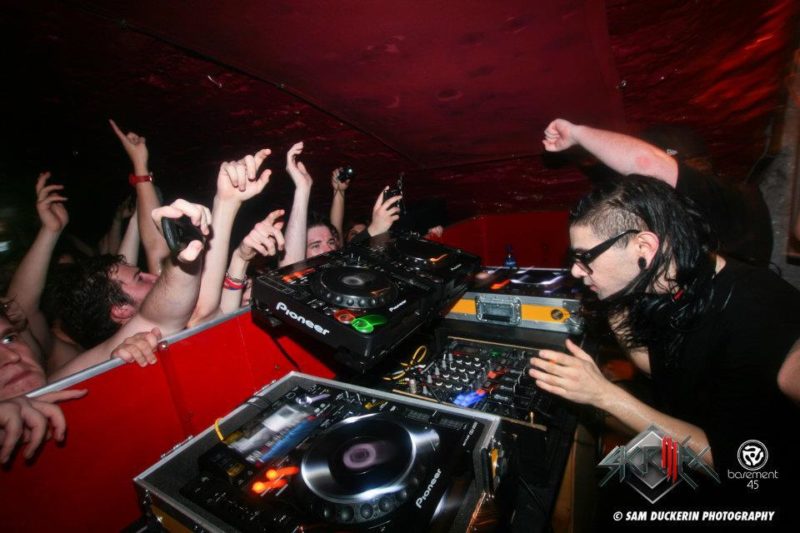 The Black Swan
438 Stapleton Road, Easton, Bristol, BS5 6NR
A grimy rave den with a soundsystem vibe and a bonfire in the backyard. Reggae, jungle and techno dominate. 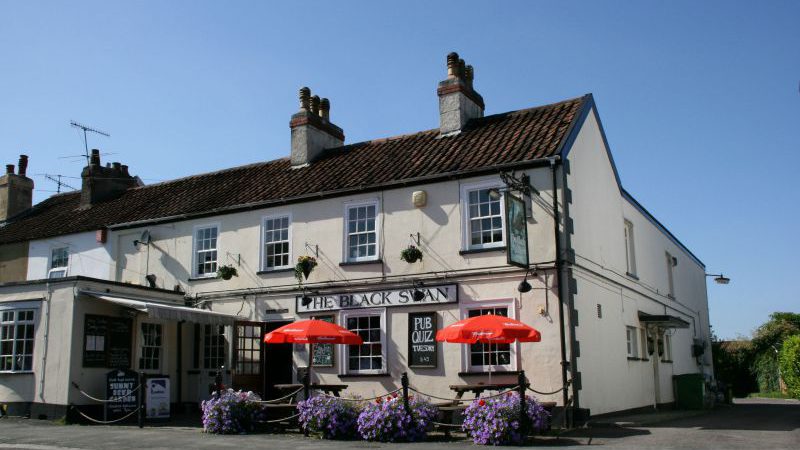 Blue Mountain
2 Stokes Croft, Bristol, BS1 3PR
www.bluemountainclub.co.uk
As if the colourful exterior of Blue Mountain wasn’t enticing enough, the club’s regular jungle, grime and garage nights make a perfect night out for those who love their bass. 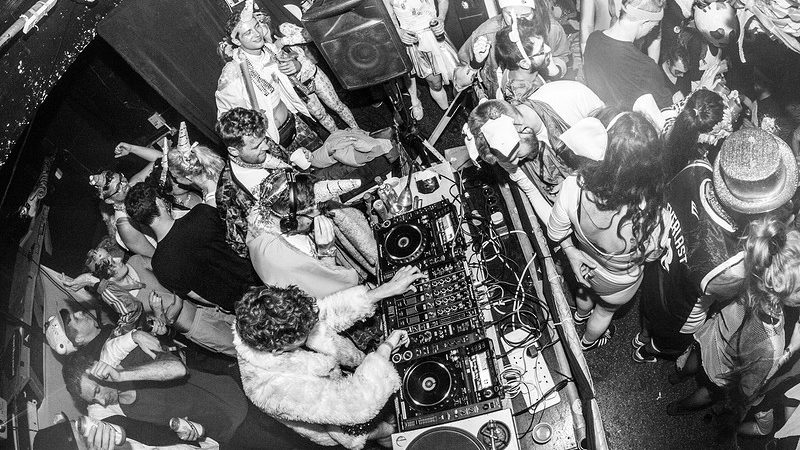 Colston Hall
Colston Street, Bristol, BS1 5AR
www.colstonhall.org
Colston Hall brings major names in rock, pop, jazz, folk, world, classical and comedy to Bristol. The historic auditorium is currently closed for refurbishment, but look out for the team programming shows in other venues across the city. 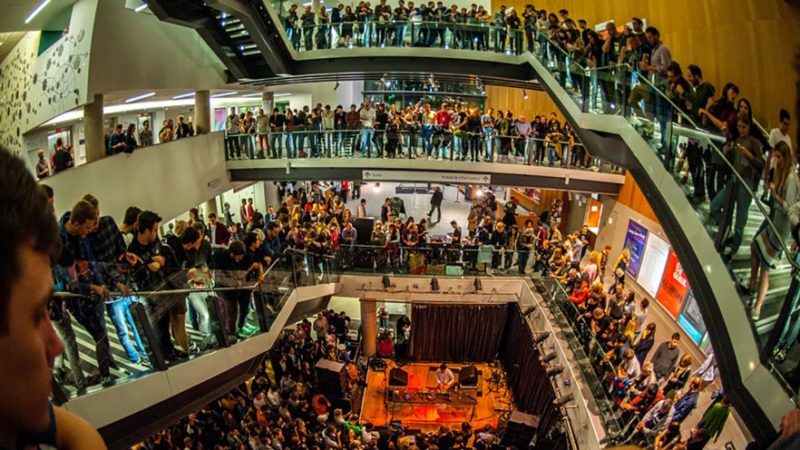 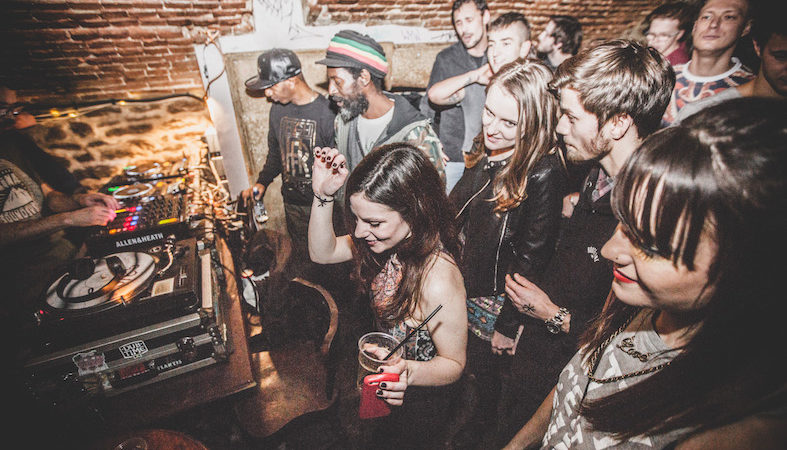 The Crofters Rights
117-119 Stokes Croft, Bristol, BS1 3RW
www.croftersrights.co.uk
With exposed stone walls and an extensive chalkboard craft-beer menu up front, a stage and enormous glitter ball in the back and an adjoining pizzeria, Crofters is great for a drink and hosts everything from punk gigs to storytelling nights. 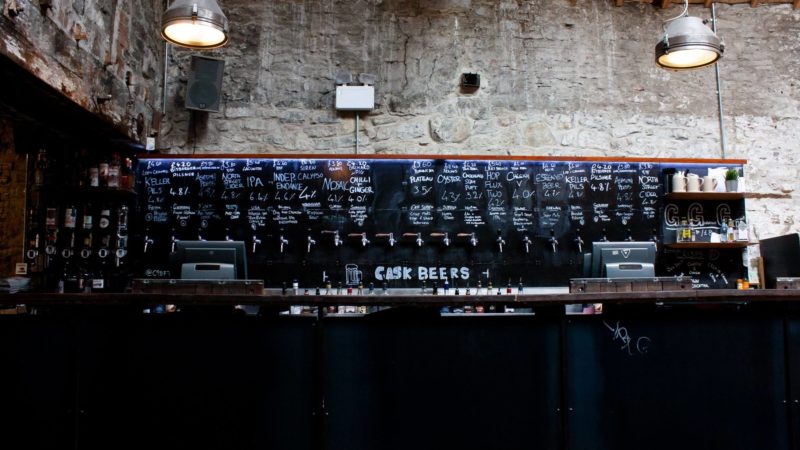 Dojo Lounge
12-16 Park Row, Bristol, BS1 5LJ
A nightclub is known for house nights, drum and bass and underground electronic music, which is a popular late-night retreat for music lovers. 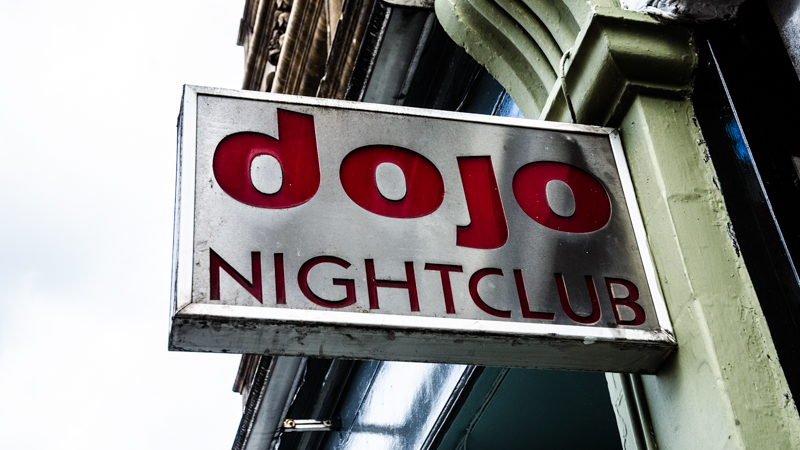 The Exchange
72-73 Old Market Street, Bristol, BS2 0EJ
www.exchangebristol.com
Since opening its doors as a live music venue and club in 2012 it has hosted artists including The 1975, Rag’n’Bone Man and George Ezra as well as plays, brewery takeovers and art exhibitions. You can currently buy shares and become a co-owner of the venue. 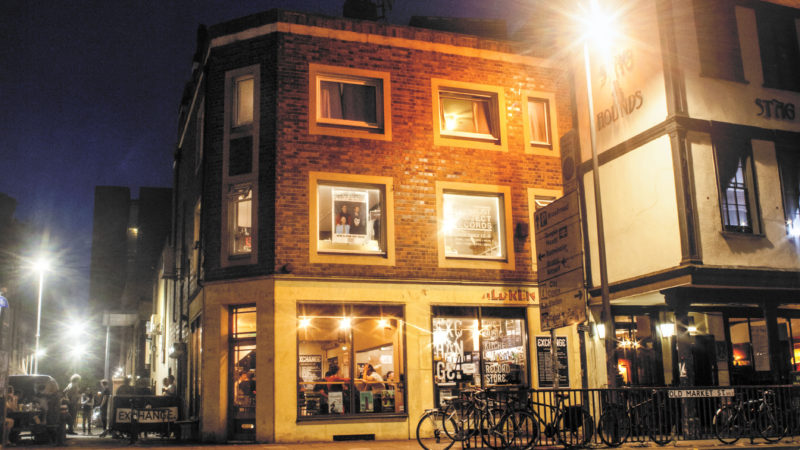 The Fleece
12 St Thomas Street, Bristol, BS1 6JJ
www.thefleece.co.uk
A former Victorian wool hall, The Fleece is a beloved spot for seeing bands before they were cool. Since first opening as a venue in 1982, future big names to have played here include Oasis, Radiohead and Muse. 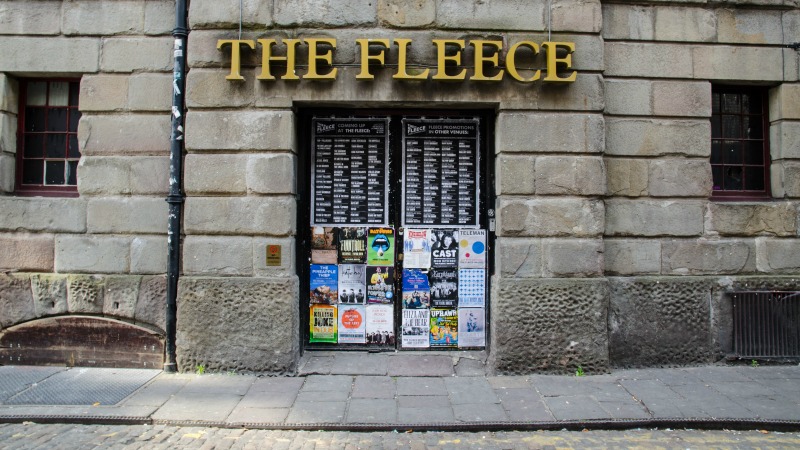 The Full Moon & Attic Bar
1 North Street, Stokes Croft, Bristol, BS1 3PR
www.fmbristol.co.uk
Recently featured in a list of the UK’s ten best clubs in The Gaurdian, this spot incorporates a pub, an outdoor courtyard and a venue blessed by the best local bands and DJs. 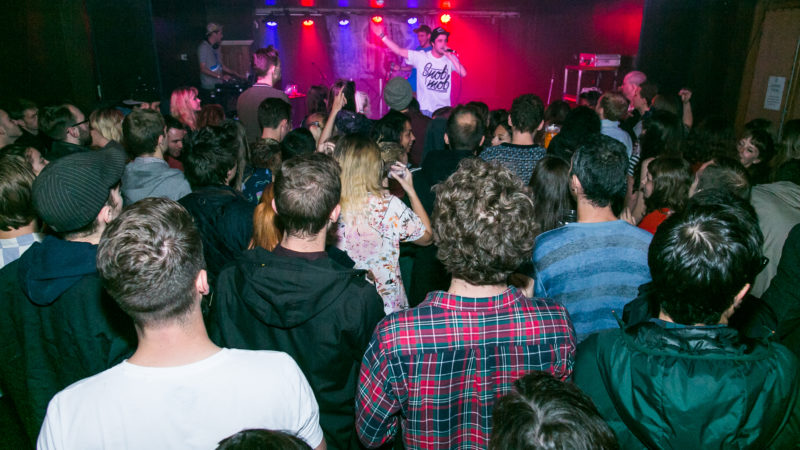 The Golden Lion
244 Gloucester Road, Bishopston, Bristol, BS7 8NZ
A walk up Gloucester Road gets you to The Golden Lion, an intimate pub with live music most nights of the week and almost always free entry. Many brilliant and unusual newcomer artists perform here, meaning it has been the debut venue of numerous local favourites including Foo Fighters tour-buddies Idles. 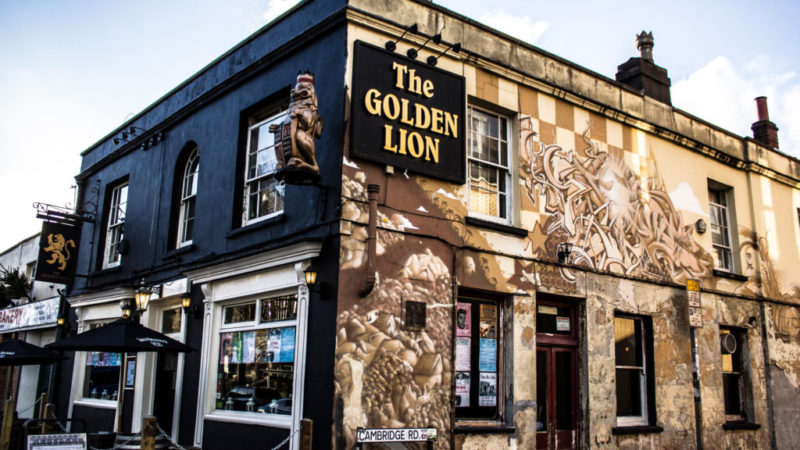 Hy-Brasil
7-9 Baldwin Street, Bristol, BS1 1RU
www.hybrasilmusicclub.com
Hy-Brasil is never a place to go for just one. As a large, low-key cafe and bar serving up the best burgers, craft beers, live bands and DJs, there’s not much more you can ask for. 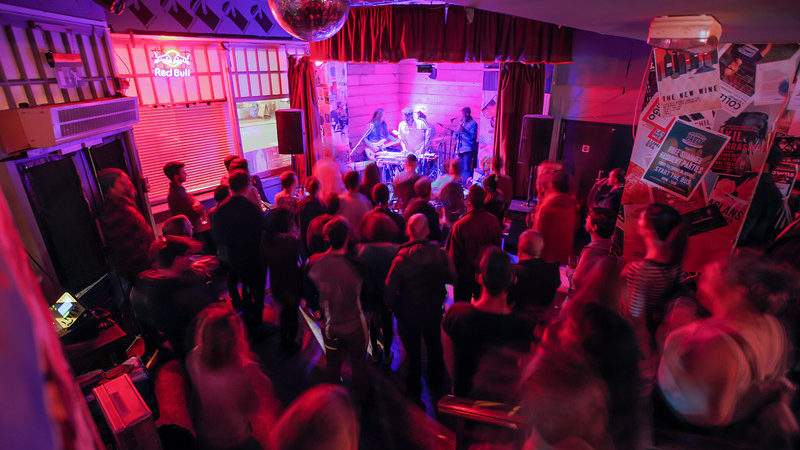 The Island
Nelson Street, Bristol, BS1 2LE
www.theislandbristol.com
Formerly a police station, The Island provides a unique backdrop for studio spaces, workshops, exhibitions and more. The unusual space has its fair share of techno sets, as well as dance music, experimental and sound art musicians who also take advantage of the venue’s unusual acoustics, and has also hosted various arts and performance events. 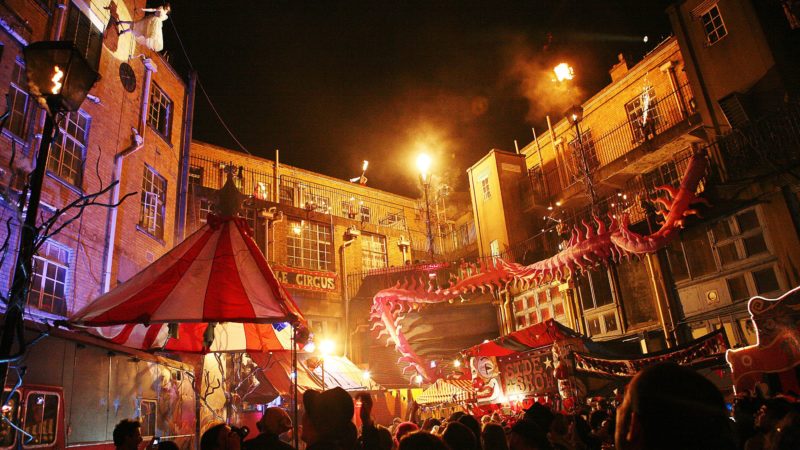 The Island hosting The Invisible Circus in 2010. Photo: Richard Anderson

Lakota
6 Upper York Street, St Paul’s, Bristol, BS2 8QN
www.lakota.co.uk
A veteran of the alternative club scene for over three decades, the recent news that the legendary Lakota faces redevelopment has been sorrowfully received. Thankfully, it looks set to remain open for at least the next year or two, so there’s still time to catch the best in local and international dance music in one of Bristol’s longest-serving party venues. 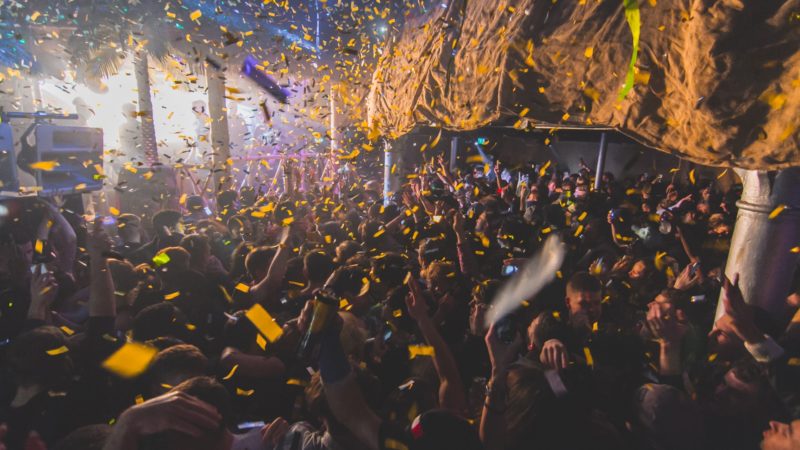 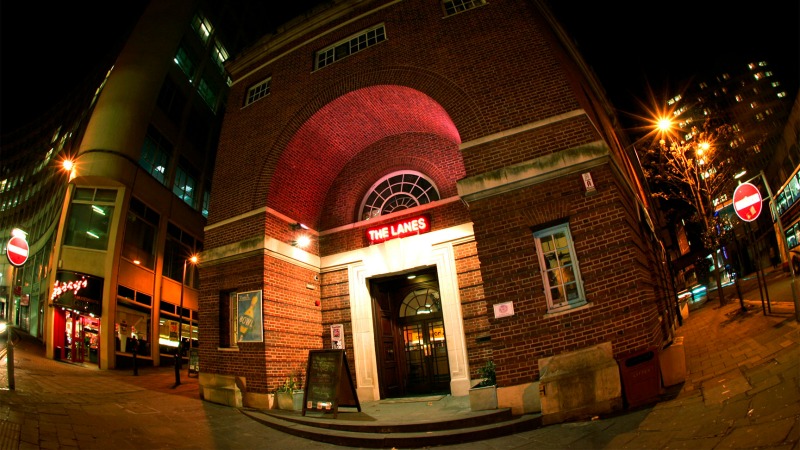 The Louisiana
Wapping Road, Bathurst Terrace, Bristol, BS1 6UA
www.thelouisiana.net
In a cosy room above the pub and former seafarers’ hotel, The Louisiana hosts live bands and solo artists on a nightly basis that range from rock to indie to folk. Big names that have played here include Super Furry Animals, The Scissor Sisters and Florence and the Machine. 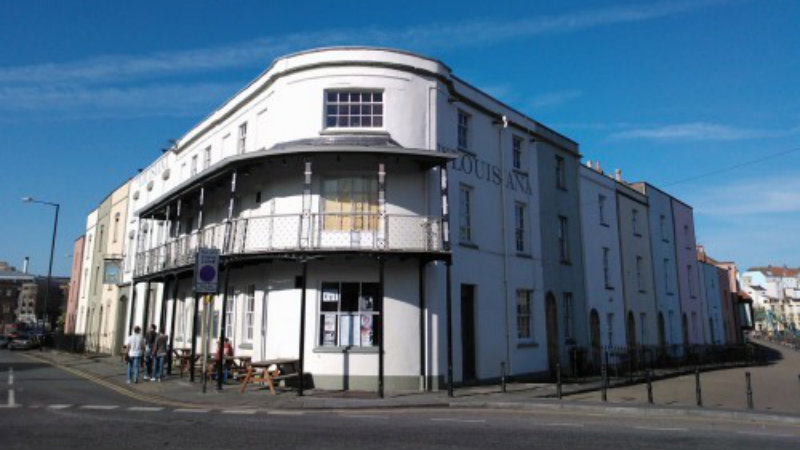 The Love Inn
84 Stokes Croft, Bristol, BS1 3QY
www.theloveinn.com
From the same team that puts on Love Saves The Day festival in May, this bar hosts live music from some of the best DJs and producers in Bristol and beyond. 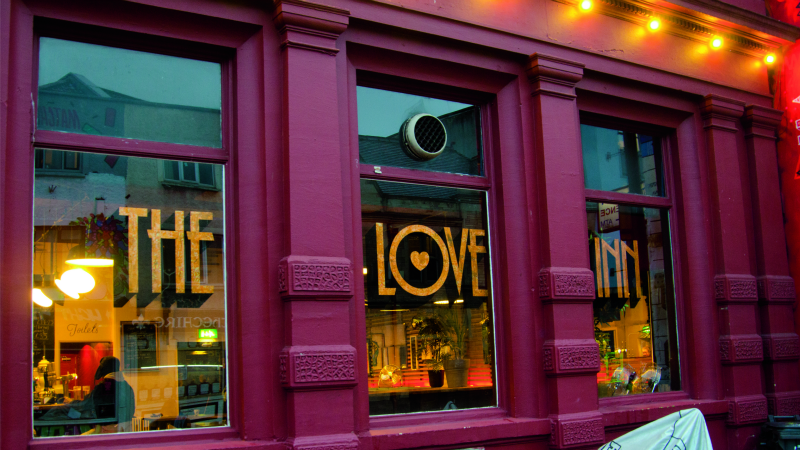 The Mother’s Ruin
7-9 Nicholas Street, Bristol, BS1 1UE
www.mothersruinbristol.weebly.com
Catering to a steady clientele of indie kids, rockers and students, this bar promises a fun night out with live music, 80s, new wave, indie and rock and roll nights, as well as weekly quiz nights to try your luck at. 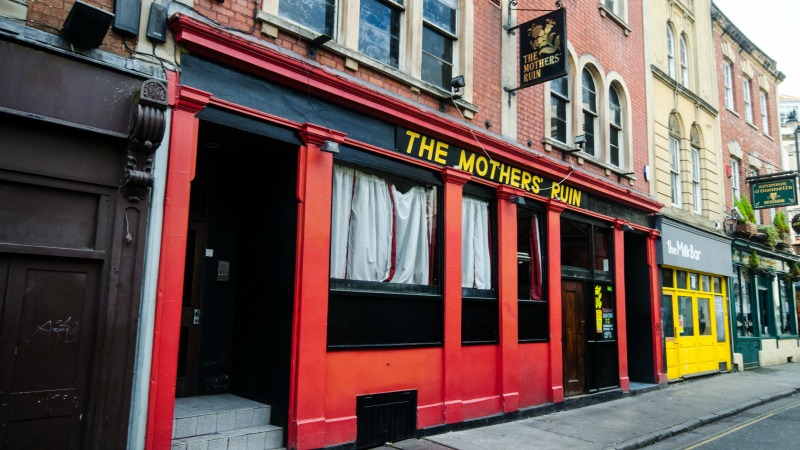 Mr Wolf’s
32 St Nicholas Street, Bristol, BS1 1TG
www.mrwolfs.com
Located right in the heart of the city, this compact bar and club puts on live music DJs seven nights a week. Look out for unusual performances from burlesque to live graffiti, and be sure to try their excellent noodles. 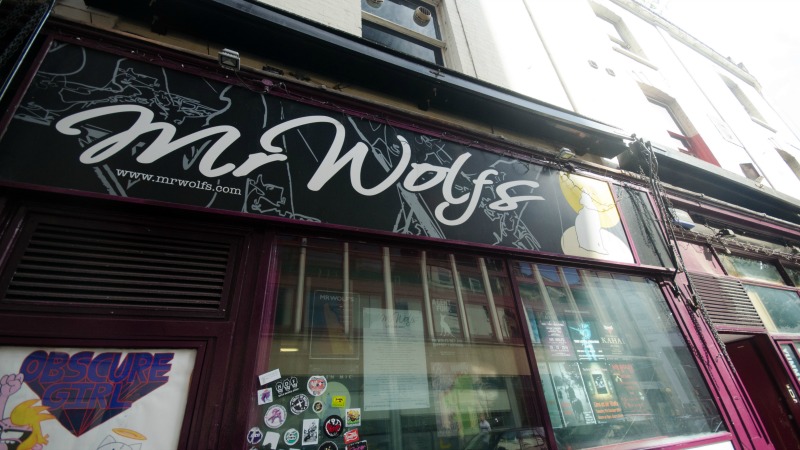 No 51 Stokes Croft
51 Stokes Croft, Bristol, BS1 3QP
www.51stokescroft.com
Starting out as the well-behaved little sister of Mr Wolf’s, No 51 is now known as one of the best late-night bars in the area, with a late licence running until 4am and some of the best local DJs playing regularly. 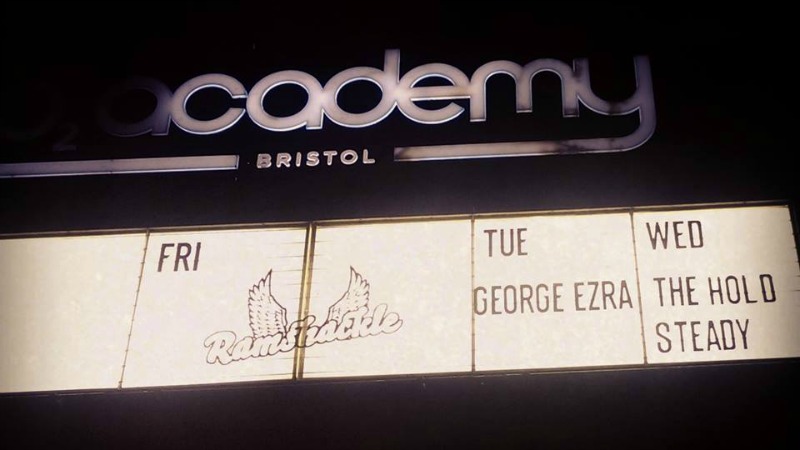 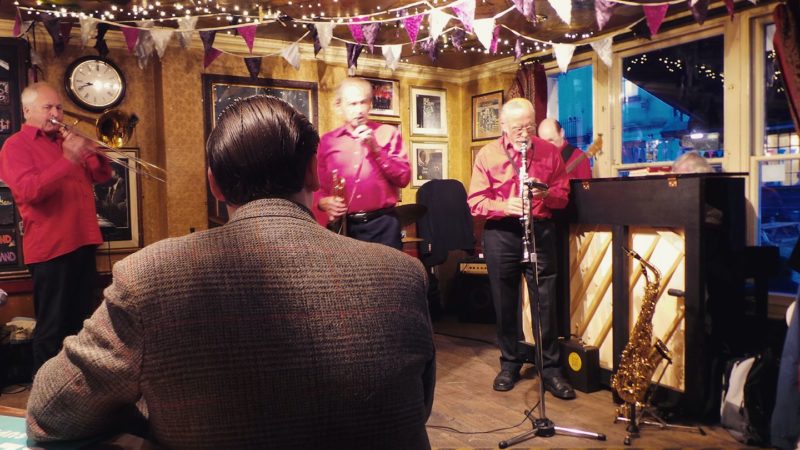 The Plough Inn
223 Easton Road, Easton, Bristol, BS5 0EG
Located in the heart of Easton, this counter-cultural pub hosts regular open-mics as well as music nights dedicated to funk, soul, R&B and reggae, all served alongside a mouthwatering food menu. 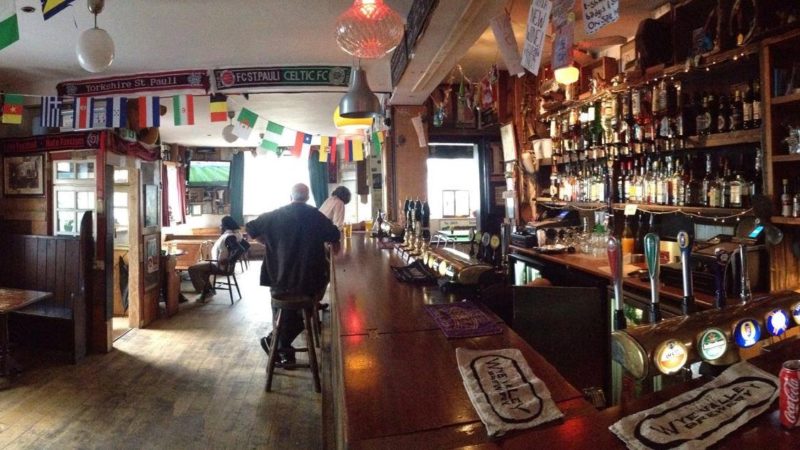 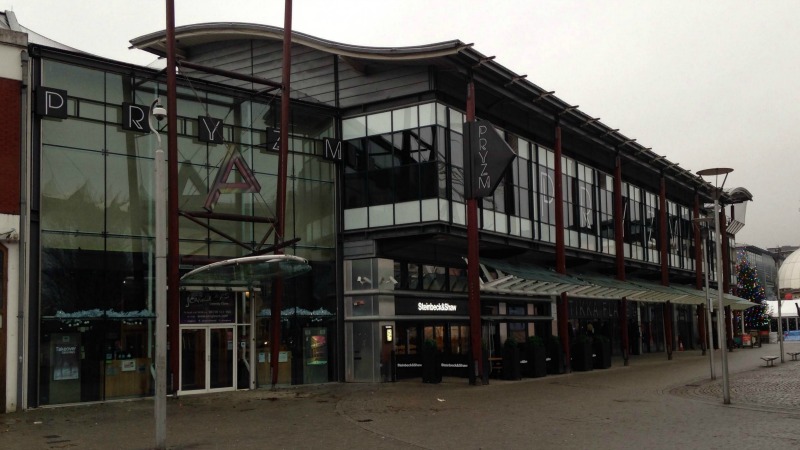 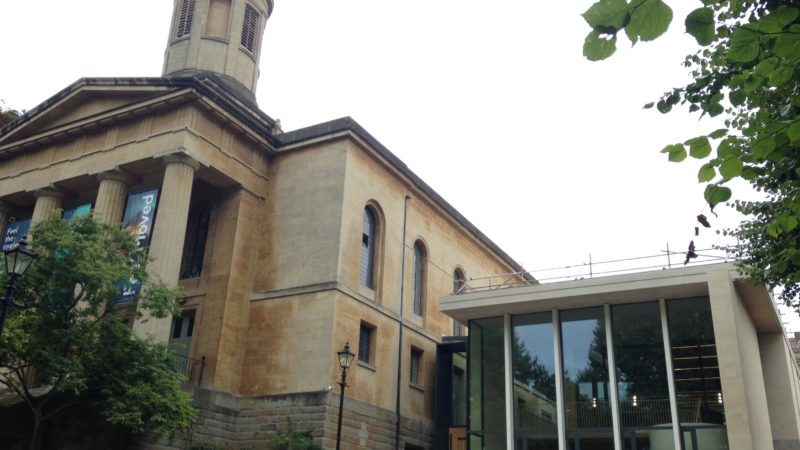 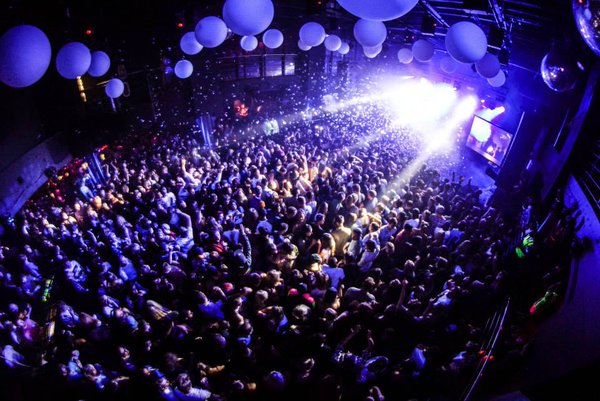 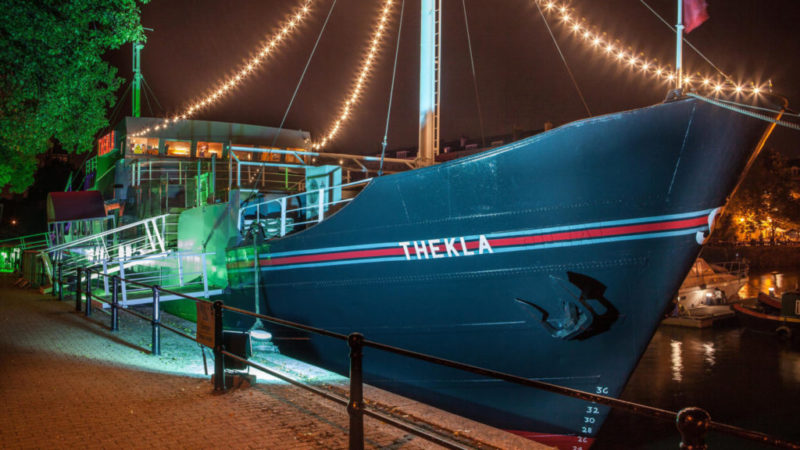 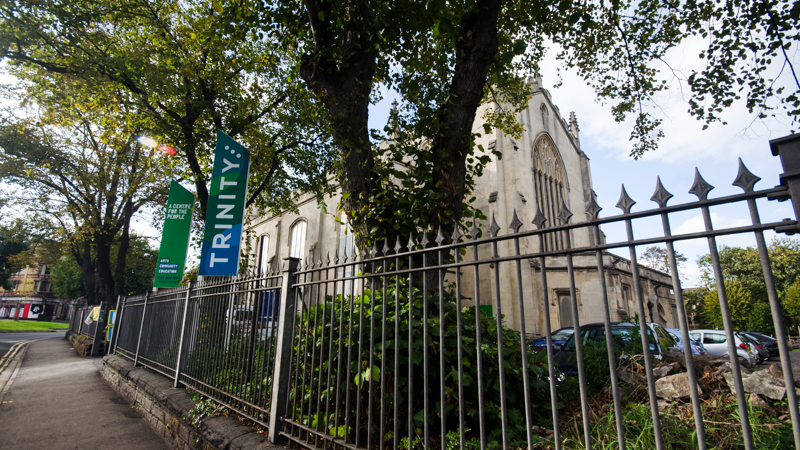 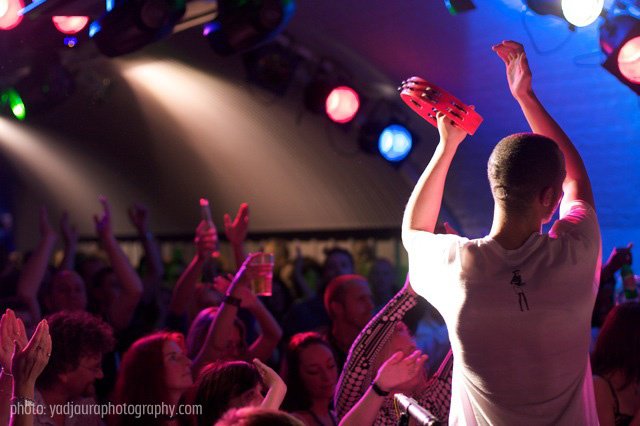 The Woods
1 Park Street Avenue, Bristol, BS1 5LQ
A late-night cocktail bar with a vast selection of drinks and plenty of atmosphere that goes on all night – until 6am at the weekend. 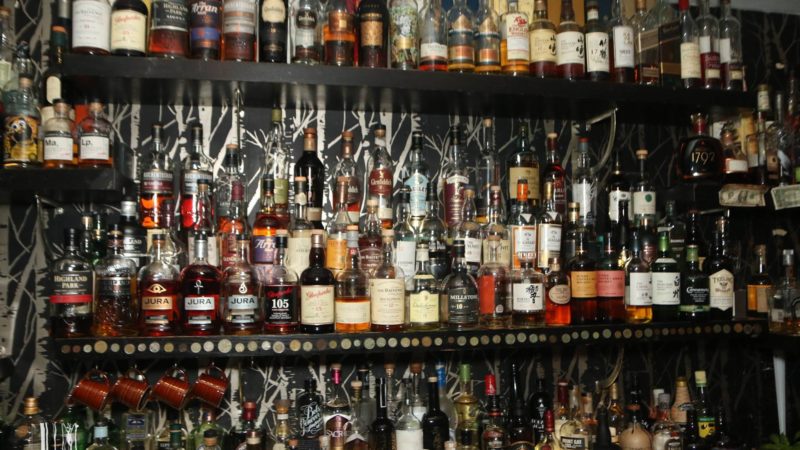