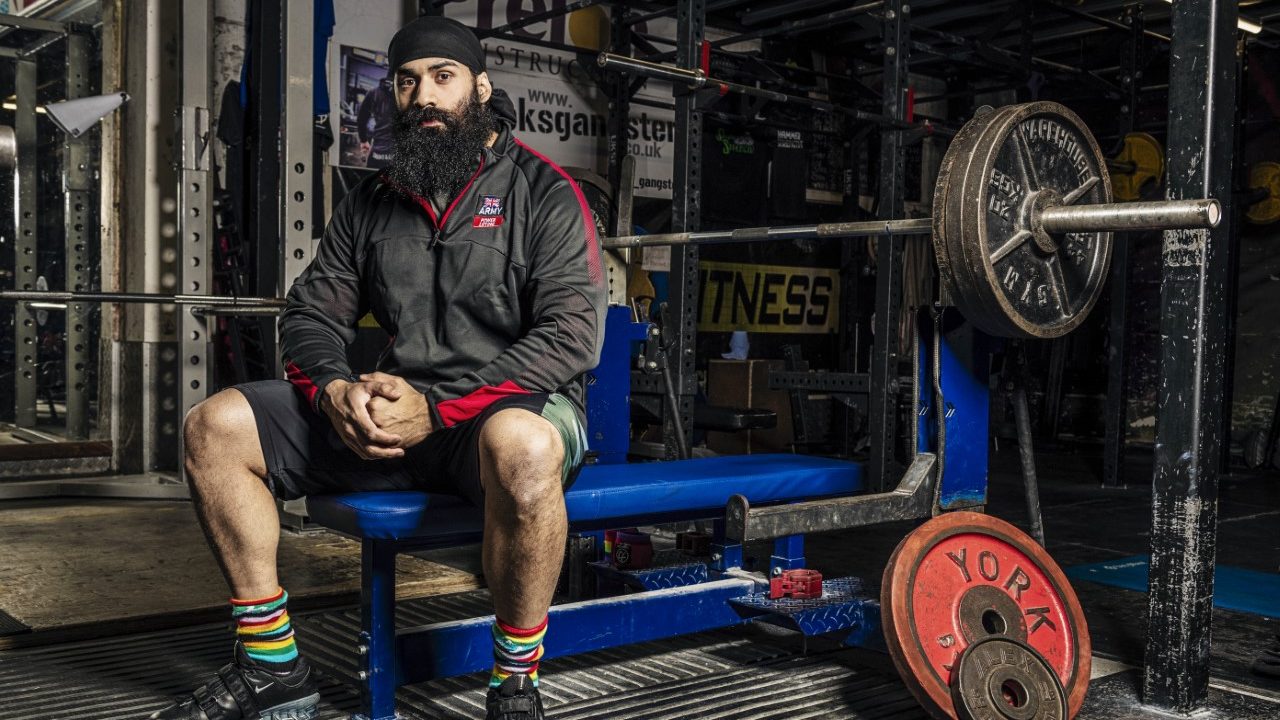 An ex-soldier who took up powerlifting as he recovered from serious injury has won gold at the Commonwealth Championships in Canada.

Indy Dhillon, who listened to classical music to prime himself for the rigours of international competition, suffered muscular damage to his back while serving with the British Army.

During his recovery, his physio suggested he take up powerlifting to help strengthen his back and maintain his mental health.

Indy, who lives in Filton and now works for Defence Equipment & Support (DE&S) at Abbey Wood, loved his new pastime and entered a competition day in Stafford to see what all the excitement was about. Since then, he has literally gone from strength to strength.

“I was pleasantly surprised at how friendly and supportive the competitors were,” said the 6ft lifter who weighs 16st 7lbs (105kg).

“I’ve never experienced this in other competitive sports I’ve played in the past, so that was really refreshing and motivated me to pursue it seriously.”

The 28-year-old worked in electronic warfare and signalling for the Army for six years and was the British Army Powerlifting champion. He took part in his first competition in April 2016.

At DE&S, he is a technical through-life specialist supporting projects which supply the Army with artillery systems and often works out in the on-site gym at Abbey Wood.

“I’m very grateful for the support that I’ve received from my team and, with the flexibility that DE&S offers, I was able to structure my working hours around the extensive training regime that I had,” he said.

Indy competed in the All England competition in Manchester and did so well he was picked to represent England at the televised Commonwealths in Newfoundland in September.

On his way to overall gold in the under-105kg category, he delivered an impressive 335kg deadlift, 300kg squat and 165kg bench press.

“Normally, my ritual is to listen to heavy metal music before a competition, but I decided to listen to classical music – a different approach agreed with my coach,” he revealed.

“Doing this made me feel more relaxed this time around. There were no expectations from my coach or of myself, which really helped with my nerves on the day.”

Indy, who also works out at Trojan Fitness in Ashton, added: “I train four days a week for at least four hours a day but make sure I have three rest days where I do minimal exercise to ensure I am properly rested.”

Needing to take on 3,500-4,000 calories per day might seem a struggle for a vegetarian, but he manages it through one protein shake and a diet of dairy and soya.

“I have been a vegetarian all my life, but the choice nowadays is so much better,” he said. “I try not to eat badly, but I have to admit I do enjoy a paneer curry accompanied by dozens of samosas, macaroni and cheese and pizza.”